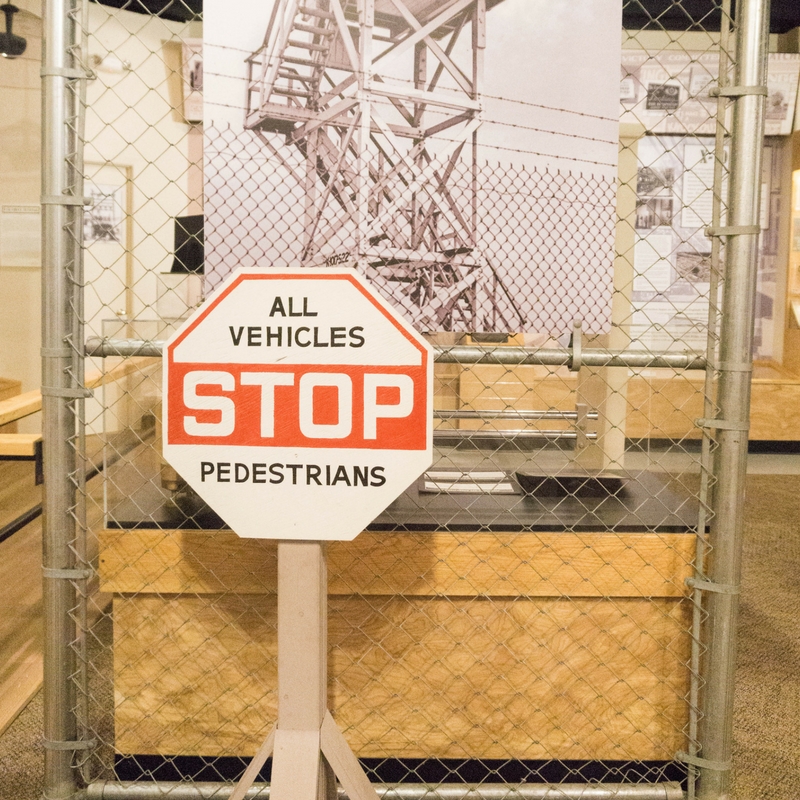 STOP! In the Name of Security. I Was Too Afraid to Snap a Photo at the Entrance to the Manhattan Project, This Display is at the American Museum of Science and Energy. , Oak Ridge, Tennessee, May 5, 2017.

“Ma’am, I will just run your license through the system to see if you’re one of the people allowed in,” the federal officer with the Department of Energy told me. I was at the entrance to the Manhattan Project in Tennessee’s Secret City.

Decked out in brown camouflage, military-style pants and shirt, the officer’s uniform was topped with a black ballcap, bullet-proof vest and firearms. I admit, he was a little intimidating but his silver hair, neatly-trimmed beard and Southern accent made him less scary. And, I knew good darn and well he as not scanning my driver’s license to see if I had security clearance to enter the Secret City, but to see if I was some whacko on a watch list wanting to do harm to national security.

“No, you are not one of the people allowed in,” he told me after going into the booth and typing something into a computer. He then explained how I needed to travel to the American Museum of Science and Energy in Oak Ridge then take a bus tour to access the property.

“You can only get in here with a badge like this,” he said while showing me his photo identification badge hanging around his neck, “It’s federal, you know, because of Trump.” 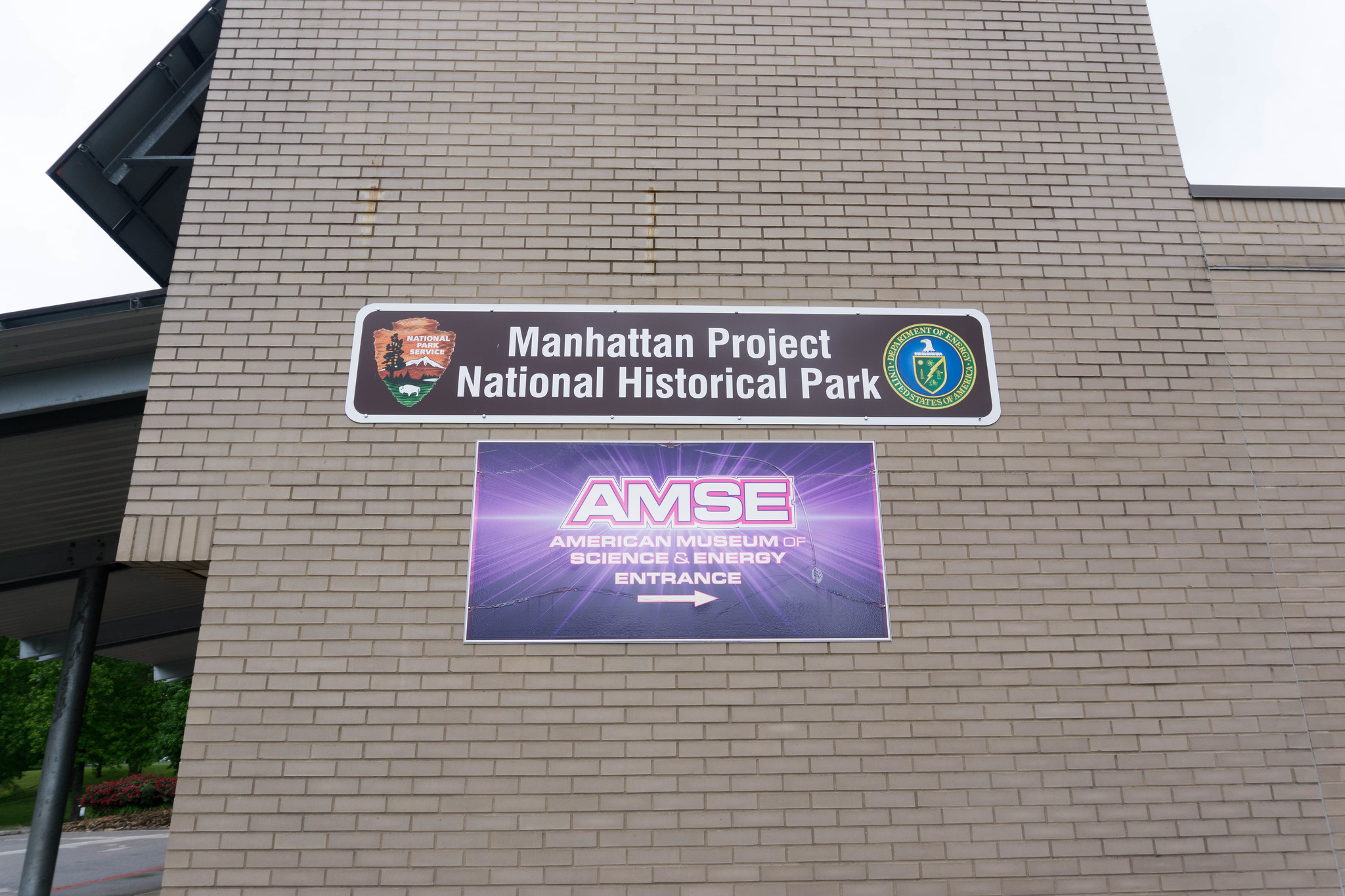 Can You Drive to the Manhattan Project National Historical Park?
As the saying goes, travel is not about the destination but the journey and once again, my poor planning led me off the beaten path to what could have been a hairy situation. My destination for the weekend was Gatlinburg, Tennessee, and since my flight put me in Knoxville at around 9 a.m. and I did not need to be in Gatlinburg until 3 p.m., I figured I would use the free time to explore.

Several years ago, I had heard about a secret city in the Southeast but could not quite remember where it was. A quick Google search led me to Oak Ridge, otherwise known as the Secret City, about an 40-minute drive west of Knoxville. I saw that this was part of the Manhattan Project (along with Los Alamos, N.M., and Hanford, W.A.) and that it is a National Historical Park which is a unit of the National Park Service.

“Cool,” I thought, because I am always up for exploring units of the National Park Service and this would be a nifty experience. 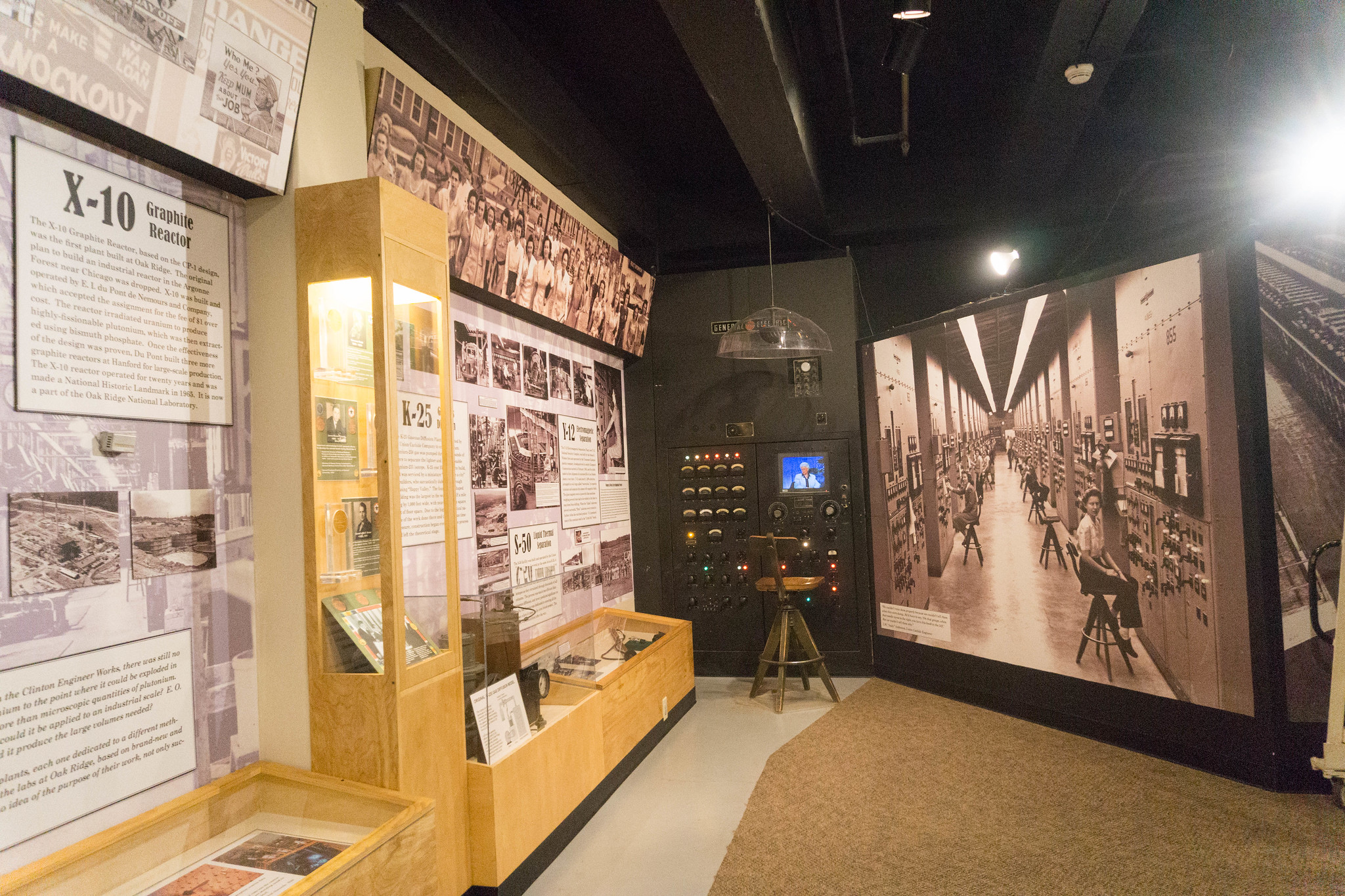 Display of What it Looked Like Working the Switchboard at the Oak Ridge Lab. – American Museum of Science and Energy, Oak Ridge, Tennessee, May 5, 2017

The Secret City’s History, in Brief
Oak Ridge played a huge role in ending WW II. In short, the community was established by the federal government in 1942 to develop materials for the Manhattan Project , the country’s project to develop and build the atomic bomb. Oak Ridge became home to about 75,000 residents, served as the Manhattan Project’s headquarters which was engaged in “uranium enrichment and experimental plutonium production.” (Source: National Park Service) Residents knew they were working toward ending WWII but they did not know exactly how until August 1945 when atomic bombs were dropped on Hiroshima, Japan (Aug. 6, 1945) followed by Nagasaki (Aug. 9, 1945). 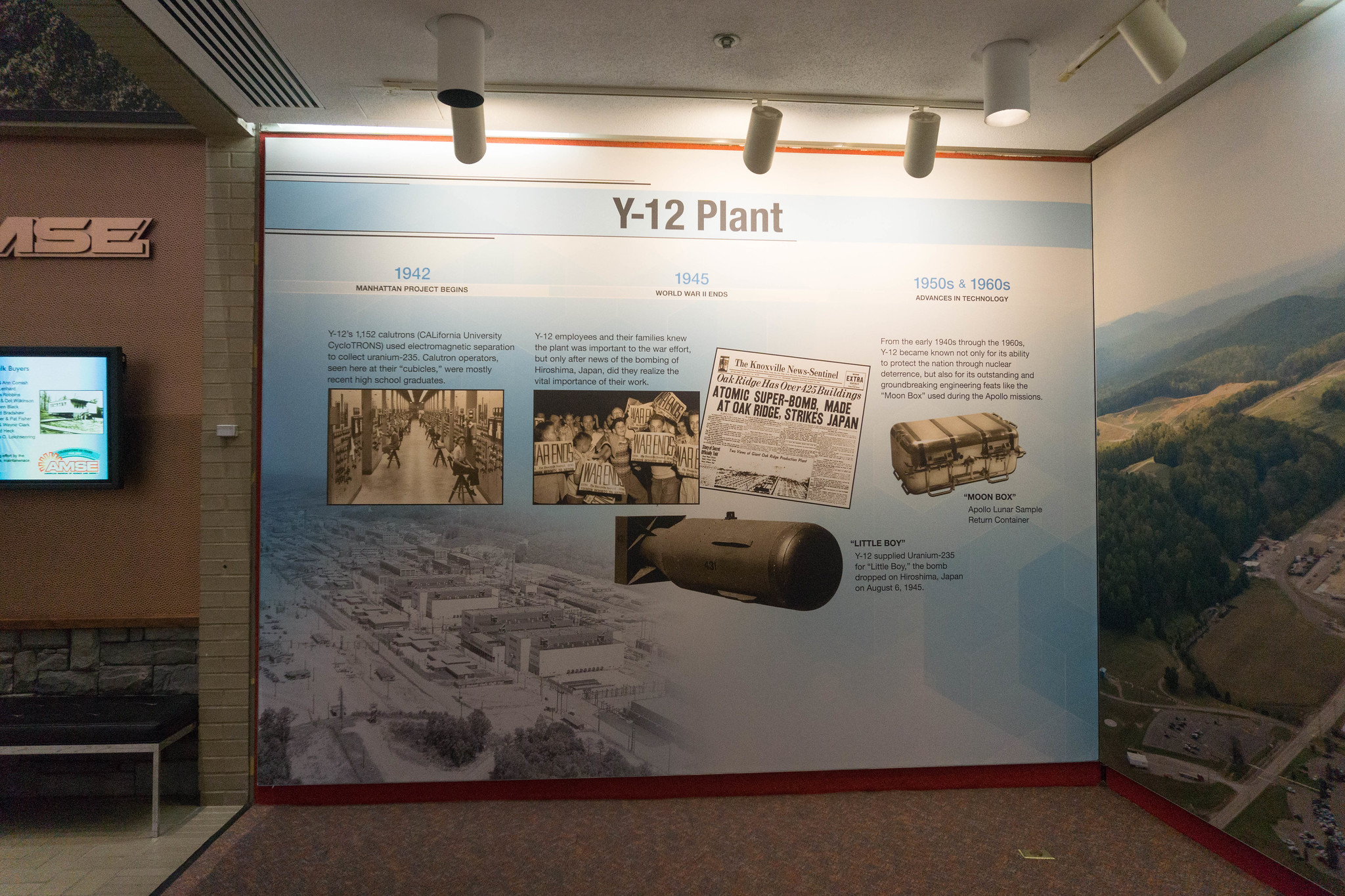 American Museum of Science and Energy, Oak Ridge, Tennessee, May 5, 2017

Road Trip from Knoxville to Find the Secret City. Note to Self – Bring a Map.
I thought that was it with Oak Ridge’s history and thought, perhaps, it was a ghost town that had gone from the Secret City to the Forgotten City. Rather than taking along a map when I began my road trip adventure, I plugged “Manhattan Project” into Google Maps which sent me off toward Oak Ridge. As I approached the destination, I lost cell service, which is typical in the mountains. Following the directions, I turned right onto a road in which I saw what looked like a National Park Service entrance station, except I think it had barbed wire. There were signs along the road that stated “no trespassing” or something like that. There was also a sign indicating which lane badge holders go and which lane visitors.

Yes, this seemed strange, but I have seen “no trespassing” signs before which were meant you were okay to proceed but stay on the road and do not stop. I also reckoned I was a visitor because, well, I was.

When I pulled up to the officer and he had his hand extended, I knew something was not right. I explained to him that perhaps I was not in the right place and was heading to check out the Manhattan Project, the National Park Service side. I fumbled with my words as I was taking in the situation, which lead to the above interaction.

I was sent on my merry way to the American Museum of Science and Energy and I’m sure I gave that officer and another officer a good laugh for the day. 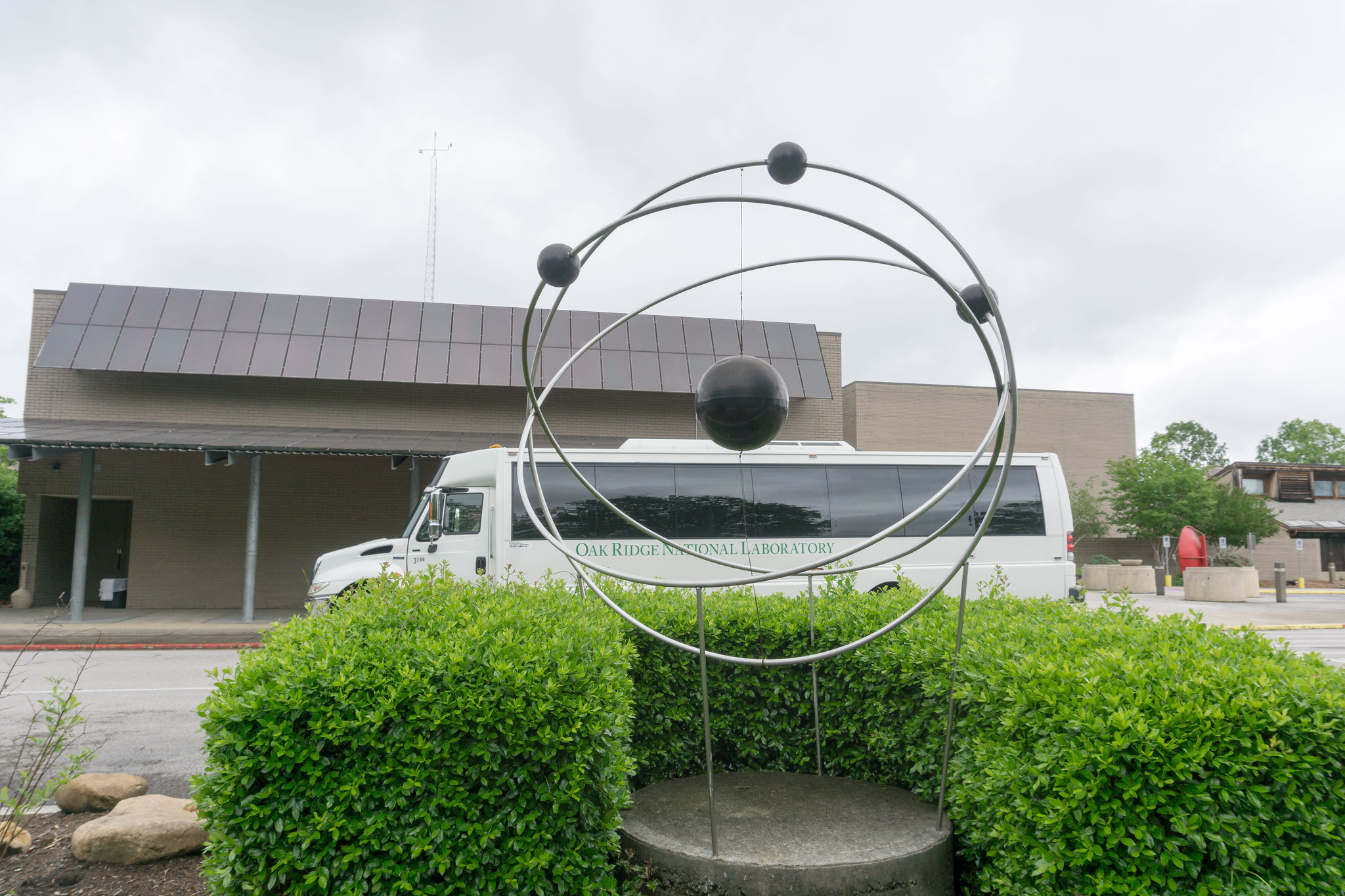 Take a Tour of the Manhattan Project While Visiting the American Museum of Science and Energy, Oak Ridge, Tennessee, May 5, 2017

How Can You Visit the Secret City Without Accessing the Secret City?
Doh! I didn’t realize the Oak Ridge National Laboratory was still operating in developing nuclear weapons and I heard two reasons as to why the Department of Energy secures the entrances into the Manhattan Project National Park Historical Site.

The first reason I heard was that after 9/11, security was tightened up and the public was nearly prohibited. This makes sense because after 9/11, I remember Hoover Dam’s interior tours were stopped.

The second reason I was told was because President Trump is ramping up the nuclear program and the Department of Energy is stepping up security. This is a scary reason and it seems feasible although I do not know if this is true. Since I was not able to visit the Manhattan Project NHS, I did the next best thing, visit the American Museum of Science and Energy. 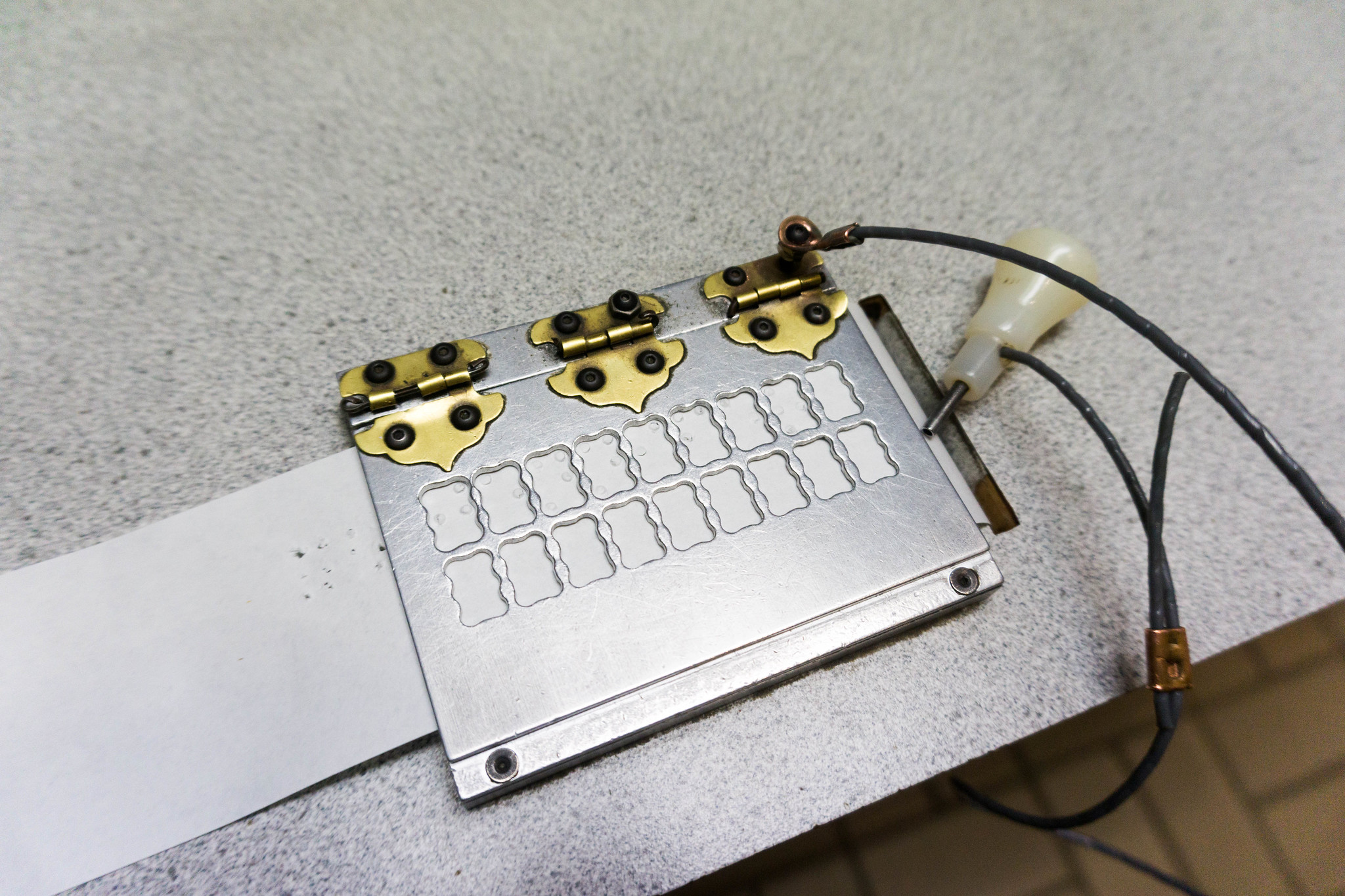 I Wrote My Name in Braille at the American Museum of Science and Energy, Oak Ridge, Tennessee, May 5, 2017.

Past, Present and Future at the American Museum of Science and Energy
It was fascinating learning about the Secret City’s past, present and future with various displays and artifacts dating back to the 1940s through today. Displays tell stories ranging from life before Oak Ridge to the women who manned the switchboard to present-day Oak Ridge and the Department of Energy’s future mission. Propaganda signs from the 1940s reminded residents not to discuss with others what they were working on. Outside the museum there’s a flat-roofed house which shows how families lived while working in Oak Ridge.

There are several activities to keep kids occupied and I enjoyed some of these displays. My favorite was the braille slate where I was able to write my name in braille.

A three-hour tour aboard a motor coach is offered of Oak Ridge’s facilities and is included in the museum’s admission ($5 for adults), however, seating is limited. The tours are not offered daily and limited reservations are accepted online. Fourteen seats are made available at 9 a.m. each morning of a tour. 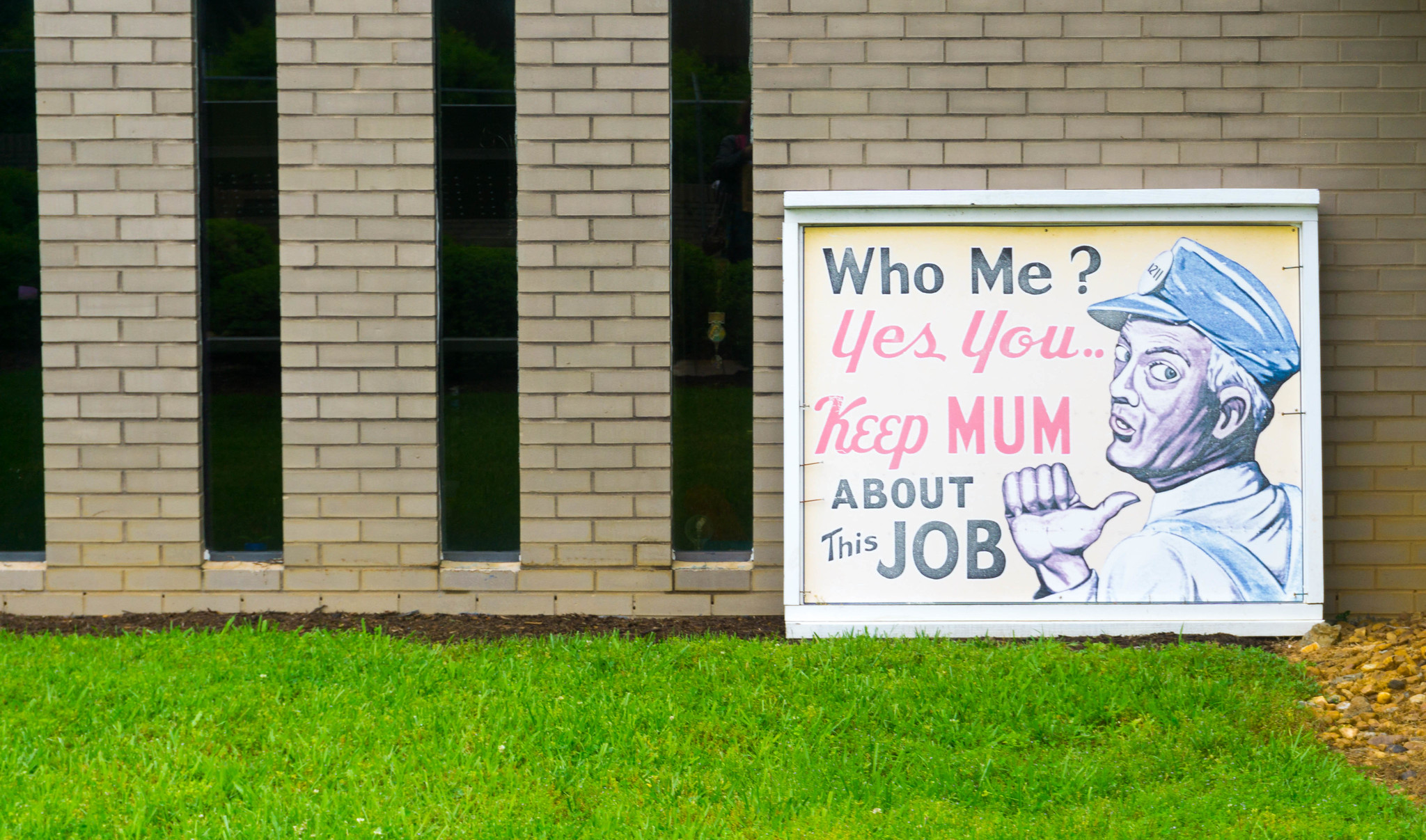 Unfortunately, I was not able to take the tour because I needed to be in Gatlinburg by 3 p.m. and since the tour returned at 2:30 p.m., I did not even try to see if space was available on the tour. Yes, I was a bit disappointed but someone told me that you are not allowed to leave the motor coach, and whether that’s true or not, it made me feel a little better.

While at the museum, I picked up the book The Girls of Atomic City: The Untold Story of the Women Who Helped Win World War II. I’ve only started reading it but it’s already inspiring another trip to take that tour and spend more time around the Secret City. 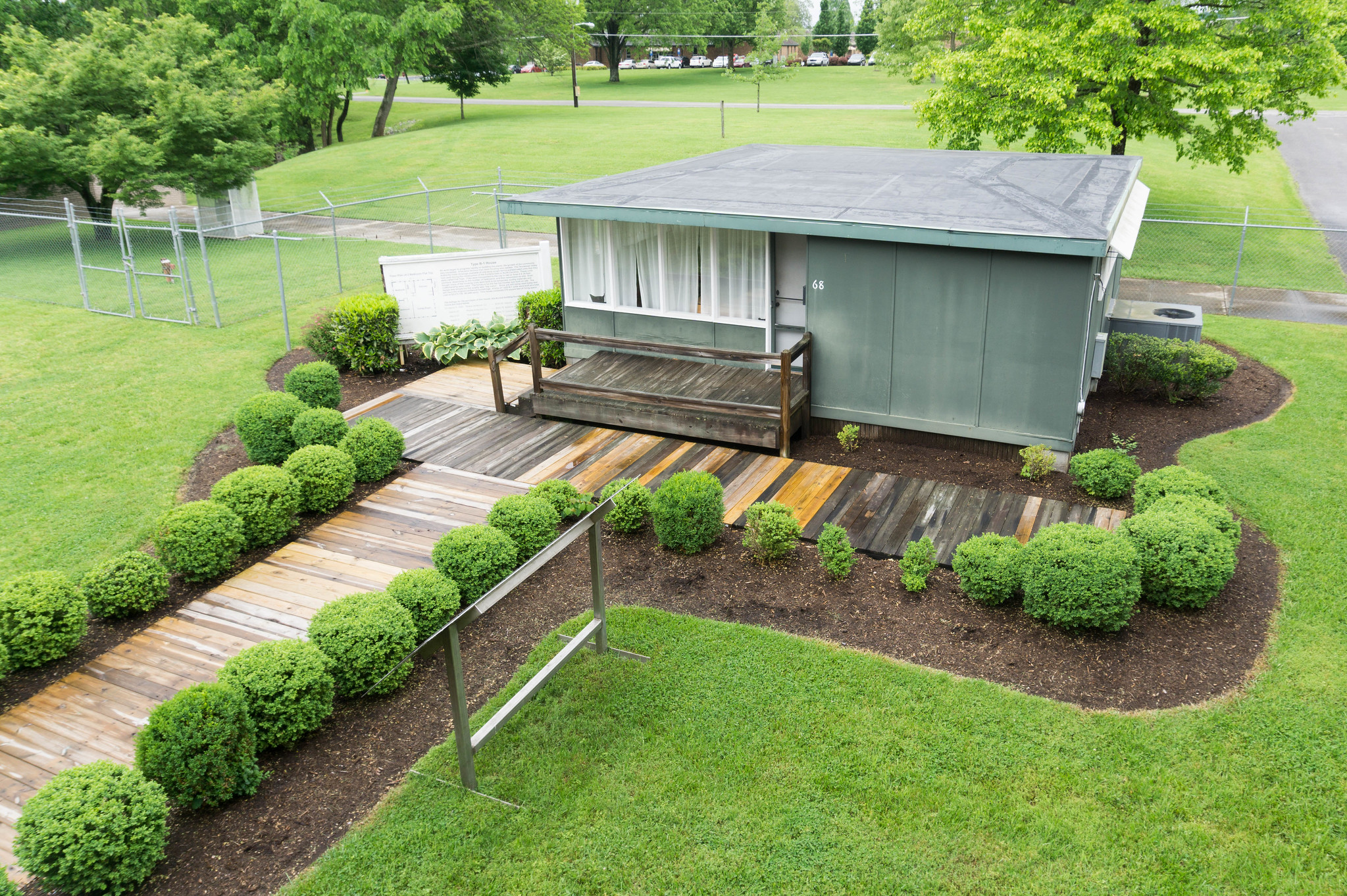 Nuts & Bolts for Visiting the Manhattan Project
I’ll admit, I didn’t spend much time here nor planning my visit, but, plan on about a 40-minute drive from the Knoxville airport.
1. Bring a map! You may lose a cell signal in Tennessee’s mountains and if you’re relying on your phone or GPS to get you from Point A to Point B, that may not be an option.

2. Conduct your research. Yes, it’s more about the journey than the destination but researching will help you make the most of your time. And, if you want to take the Oak Ridge tour, book your reservation or roll the dice the day of to see if there’s availability for you.

3. Chances are, you’re like me (I have TSA pre-check and have had security clearances from NASA and the Secret Service) and NOT authorized to enter the gates to view the Manhattan Project so don’t even try it.

Disclosure: This post contains affiliate links in order to support my traveling habit, this blog and my special-needs dog.