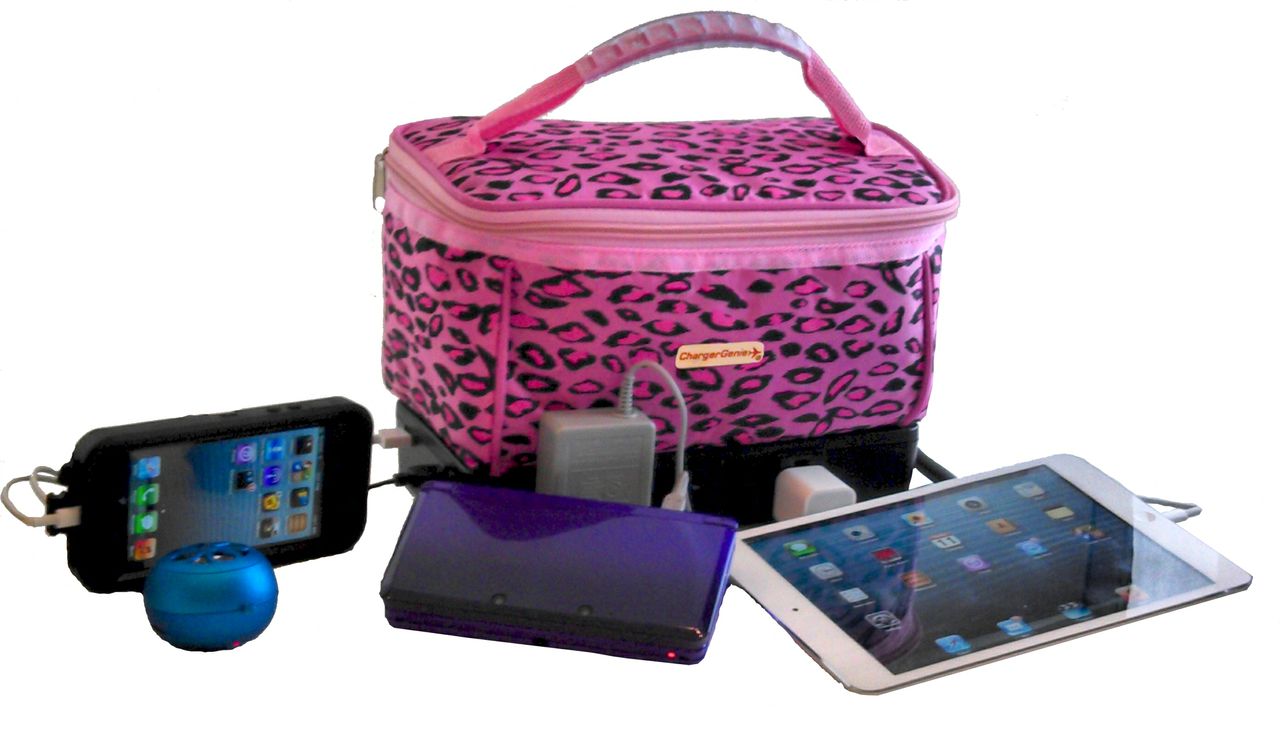 Don’t You Want to Travel with This? ChargerGenie, World’s First Charging Tote Bag.

If you’ve found yourself traveling with your iPhone, camera battery or other electronic device running on empty with only one outlet in sight, you can now charge up all those devices in one fell swoop with ChargerGenie, the world’s first charging tote bag. It features a built-in power strip allowing users to charge up to eight devices at a time.

ChargerGenie is currently available in three colors – black, red or pink cheetah – looks like a fashion tote and features a “secret weapon,” six power outlets and two USB ports distributed around the lower perimeter of the bag. In the base of the bag, there is a cord that powers ChargerGenie and can be stored inside when not in use.

Several times when traveling I’ve run into situations where I needed to charge my iPhone, Droid, iPad, laptop and camera batteries at once but only had access to one outlet. I’ve traveled with a power strip, especially to tech and blogger conferences and honestly, it’s not that convenient doing so.

ChargerGenie seems to be a multi-purpose solution – it can be packed with charging cords and whatever else will fit in it – like that quart-sized bag with my liquids. When a charge is needed, plug it in and connect items needing to be charged. After charging, place items back in the tote, that way cords and chargers have a smaller chance of getting lost.

Additional Benefits of ChargerGenie Include:

ChargerGenie is available today through September 21, 2013 (11:59pm PT) on the crowd-sourced funding site Indiegogo at a reduced price of $39 each (that’s 40 percent off MSRP!).

About ChargerGenie
TakeCharger LLC, based in Hobe Sound, Fla., is the manufacturer, supplier and e-commerce vendor of ChargerGenie. The rechargeable tote evolved from the real-life experience of Jeannie DeSanctis, who co-founded TakeCharger LLC in 2009. The founding team is comprised of DeSanctis and her sister, veteran sales and distribution executive, Laura Dugan. In addition, ChargerGenie has been certified in the U.S. and Canada by the leader in safety certification, Underwriters Laboratories (UL).

Visit ChargerGenie.com for additional information about the product.