Day Job, Travel Blogging, Social Media. How Do I Do What I Do?

Home » About Me » Day Job, Travel Blogging, Social Media. How Do I Do What I Do? 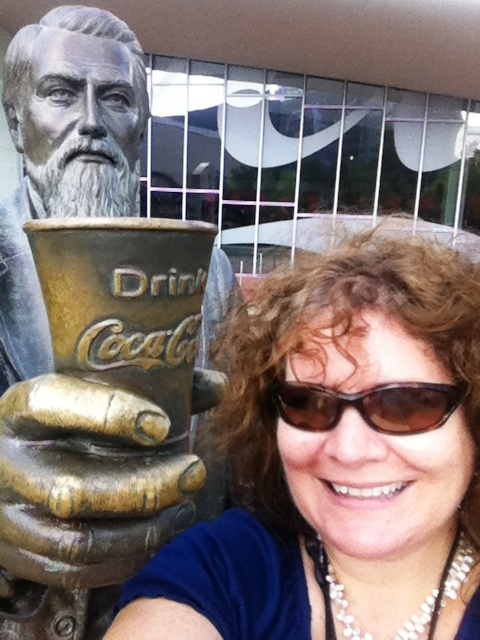 Squeezing in Some Sightseeing During a Business Trip to Atlanta, June 2013

While working in Yellowstone National Park as a shift supervisor, my manager told me I had an arrogance in me but never let it out. He proceeded to say if I did it would unleash my potential. Looking back to this 20-some-year-old evaluation, this was probably the best advice I never acted on.

How Do I Do What I Do?
“How do you do what you do?” When I’m asked this question I’m not sure how to respond so following is the answer to what I think the question is.

Over the years I’ve had my brain picked about what I do and how to advance in the writing/blogging/tourism/social media world yet rarely saw any return. I mean, when the plumber comes to replace your toilet, you compensate him, right? I’ve connected people and organizations and dished out ideas galore. I’ve freed up my own time to help others advance their careers while mine has stalled.

I never realized blogging and social media could lead me anywhere. I wish I paid more attention when my Tallahassee-specific blog was launched back in 2007-ish and local and national brands reached out to me about working together. If I had focused and concentrated on following that path, I’d probably be in a different professional position. I see a lot of self-proclaimed social media experts who know more than the average person but they are not at an expert level. In reality, they’re really just excellent marketers and marketing me is something I’m not comfortable with. It’s why I never acted on that advice I received in Yellowstone.

Am I Bitter?
I remember blogging back in the early 2000s and telling a group at a travel writing workshop in Key West what I was doing. They seemed a little shocked. “You mean you write about your personal life for the world to see?” One writer asked, in an almost disgusted tone.

Sheepishly I said, “Well, yes,” further justifying it as a way to keep in touch with family and friends who were spread out across the country.

I wouldn’t say I’m bitter or jealous about others exceeding in a field I wish I had embraced and ran with. I also realize it’s unrealistic for those who I helped to reciprocate but hopefully somewhere down the road Karma will circle back to me and give me a boost. Plus, I know that specialist digital marketing companies like Indexsy are out there if I ever want to up my game when it comes to improving SEO. This is something I have been thinking about for a while and it’s never too late, even if I see that many people are doing way more than I am.

What I was doing back in the early 2000s was somewhat revolutionary and although people were telling me I was ahead of the curve, I didn’t understand what that meant. In 2007 I wrote out a business plan for a Florida Girlfriend Getaways website including securing a domain yet the instructor didn’t think it would advance anywhere. Yeah, I’m kicking myself for not pursuing it and letting the domain URL go.

In 2008 I used Twitter to live tweet during events and in 2009 wrote this post, “Six Tips for Live Tweeting During an Event.” Jusst more documentation I’ve been doing this for quite awhile.

So, What Exactly Do I Do?
Circling back, what do I do? Here are some bullet points answering that question:

Employment – I have a full-time job and depending on the time of year, I’m working 40 – 70 hours a week.

Travel Blogger/Online Influencer – Because my day job, which I rely on for benefits such as health insurance and a steady paycheck, can be somewhat demanding, I’m searching for the balance with the day job and blogging. Unfortunately, when I have those 70-hour workweeks, my blog is neglected for a week. I work with travel destinations and lifestyle brands to share their message. I had a postcard club 2012 – 2013 and although I’m taking a sabbatical from it right now it’ll probably return in 2014.

I receive about 50 emails a week (which is probably low for other bloggers) from brands and organizations pitching me on something. Some are generic/non-specific pitches just sent to several writers and bloggers, others are specific and PR and marketing people will send follow up emails asking why I haven’t replied. I try to spend my weekends replying to emails but it may take me a couple of weeks. With the ones that I am interested in, if I can’t get round to replying to their email straight away, I will write down their email address with the email subject title on Post-It Notes, just so I don’t forget. This has been an effective method for me and I recommend it to any blogger.

How can you do this? Well, I suppose my success is because I’ve been blogging for a while – this blog was launched in 2009, and I’ve been relatively consistent. To date, I haven’t reached out to a brand or destination, they have reached out to me. I also attend networking events such as TBEX and BlogHer to meet potential partners and other bloggers.

Social Life – I’m single, more specifically, I’m divorced with no kids, except for two cats. My former husband passed away unexpectedly in 2008. I’ve been told I don’t have enough baggage to be in a relationship – whatever! Despite not having a family here in Southwest Florida (my parents and siblings are in New York), my time is primarily consumed with my day job commitments, blogging/social media activities and exercising about an hour a day. I have very few moments dedicated to living in the moment, so to say, and haven’t forgotten how short life is.

Frugal Living – Being single, working in a job in which I haven’t had a raise since I started there 5.5 years ago (it’s a government job with great health care benefits and I’ve had to take a salary reduction due to changes in state mandates), and inflation, I struggle to make ends meet and keep up with friends. I’ve read some ways to make money on places like The Money Sack but I haven’t yet tried any out. I have debt beyond a mortgage and for several years have been finding ways to reduce my expenses to pay down my debt, such as using sites such as MyPoints which allocates me points for reading emails, using coupons and making purchases which can be converted to gift cards.

For 2014 I have vowed to seriously tackle my debt. I’m using the Dave Ramsey snowball method and it’ll take me a few years but I’m so ready to get out of the grips of creditors.

Have I mentioned I don’t get a lot of sleep?

Join Me in a Google Hangout
A few months ago I decided it was time to join the Google Hangout generation and beginning Wednesday, Jan. 29, 2014, at 9 p.m. EST I’ll be hosting my first Google Hangout called “Chew with Jenn.” It’s intended to be a casual conversation about what I do including travel, blogging, social media, frugal living and whatever else comes to mind. I hope you’ll join me!

Follow this link and drop me a line letting me know you’ll be there.

Not familiar with what a Google Hangout is? Learn about Hangouts here.