Paula Deen Speaking During the 2009 BlogHer Conference in Chicago

Back in November a friend shared an article about a Paula Deen store opening in Buffalo, specifically in Clarence, N.Y., sometime in 2014. She asked if my parents knew anything about it. Clarence is where I went to high school and pretty much grew up and my parents still live in the area.

The Paual Deen Store in Buffalo Opened Early for the Holidays

They didn’t know about it and when I came home for Christmas, that same friend and I visited the store located in Victoria Park on the corner of Main St. and Shisler Rd. Red, white and blue “open” flags waved and a sign featuring the Southern celebrity chef indicated the shop opened early for the holidays. Of course, the sign’s headline was, “Hey Y’all.”

Inside we were greeted by a woman who offered samples of fudge and invited us to look around. There was an assortment of Paula Deen branded food items with most produced by Buffalo-based company Nanco Group.  The company, which specializes in private labeled foods, partnered with Deen to create Paula Deen Foods.

As far as I understand, this is the only Paula Deen Store operated by the Nanco Group which is why it’s in Buffalo. Appropriately, the Paula Deen Foods brand is based in Savannah, Ga. 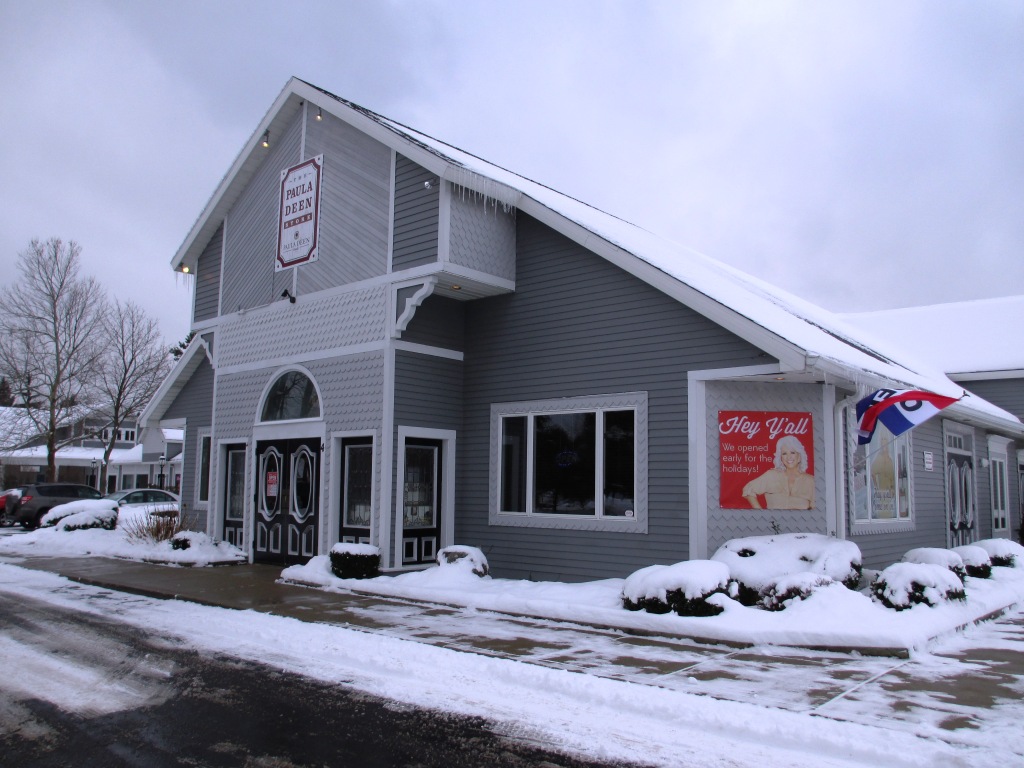 Now it Makes Sense Why there’s a Paula Deen Store in Buffalo – it’s the Nanco Group Connection, a Buffalo-based Company

There were non-food items such as a collection of butter knickknacks which included butter dishes, stick of butter salt and pepper shakers and a stick of butter Christmas ornament. I didn’t take photos inside and I’m trying to remember the types of food available. It ranged from cake mixes to sauces to spices to chocolate (including sugar-free). What really stood out were individual servings of tea in souvenir glasses. I ended up buying a bag of jalapeno-flavored tortilla chips. As a bonus, my purchase came with a copy of Paula Deen’s magazine. 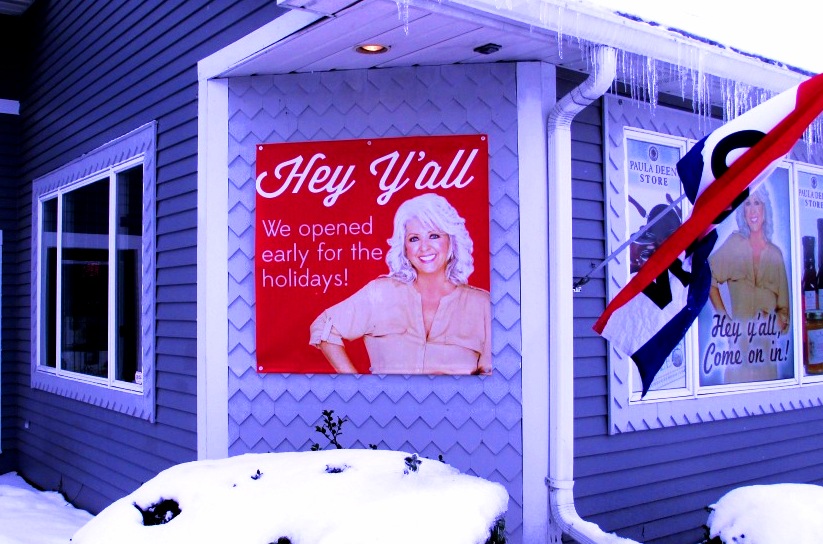 The Paula Deen Store is Open in Clarence, N.Y., Near Buffalo

If you can’t make it to the store, you can visit PaulaDeenFoods.com online to purchase her products. With each purchase of any Paula Deen food item, a portion of the proceeds are given to the Bag Lady Foundation. Deen established the foundation to provide support, inspiration and hope to women and families during their time of need. If you recall her history, she was a broke, divorced woman of two who took her last $200 and started a home-based catering company called The Bag Lady. As they say, the rest is history.

Paula Deen will present a cooking class on Saturday, Feb. 8 at Samuel’s Grande Manor. General admission is $60 per person and a VIP lunch with Paula is $250 per person, plus service fees for both. The event is sponsored by Spring Mountain Farms. Seats can be reserved online at http://www.brownpapertickets.com/event/516586.

I’ve seen Paula Deen at least twice. Once during the 2009 BlogHer Conference in Chicago and the other time I attended one of her VIP events during the SoBe Wine & Food Festival which was a blast.

Will any of my Buffalo readers be attending Deens’s cooking class?