Travel to the Dominican Republic: Whale Watching in Samaná Bay 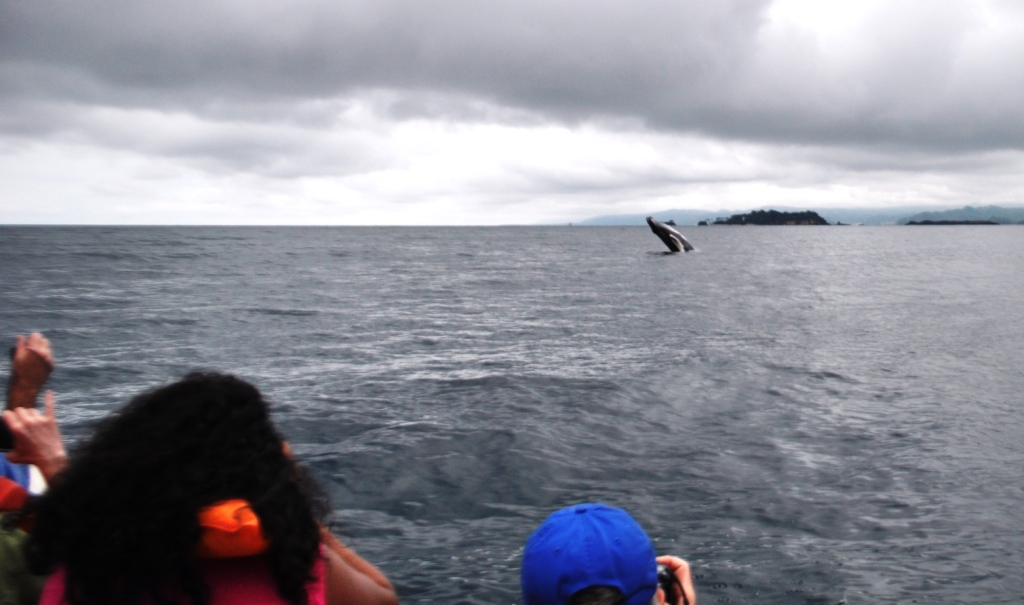 “How close will they be?” I asked my guide Carlos.

“Close,” he said. His reply was backed with a hefty tone of confidence.

There were about a dozen of us in an open-air boat, sitting in pairs, bobbing in silence on Samaná Bay with our eyes fixated on the horizon. I was craning my neck and holding my breath in anticipation to check off another experience from my bucket list, whale watching. 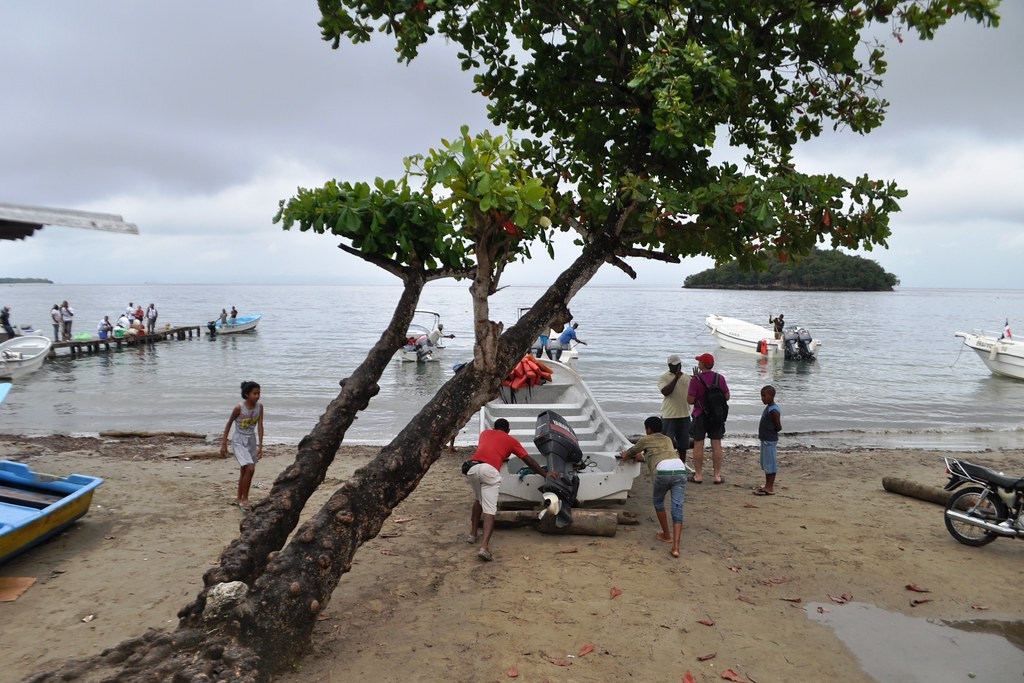 Check That Off: Whale Watching
This was my last day in the ecotourism paradise of Samaná in the Dominican Republic. It didn’t matter the sun was hidden behind the clouds and I was damp from a light mist because it had already been the perfect trip. My adventures included beach hopping Samaná’s stunning beaches, horseback riding to a picture-perfect waterfall, and exploring caves to view cave drawings dating back more than a thousand years.

Without warning, a loud sound similar to that of air being released from a car tire broke the silence. It lasted maybe 10 seconds and was followed by “ooohs” and “ahhhs” as I saw my first humpback whale surface for air then disappeared as quickly as it appeared. 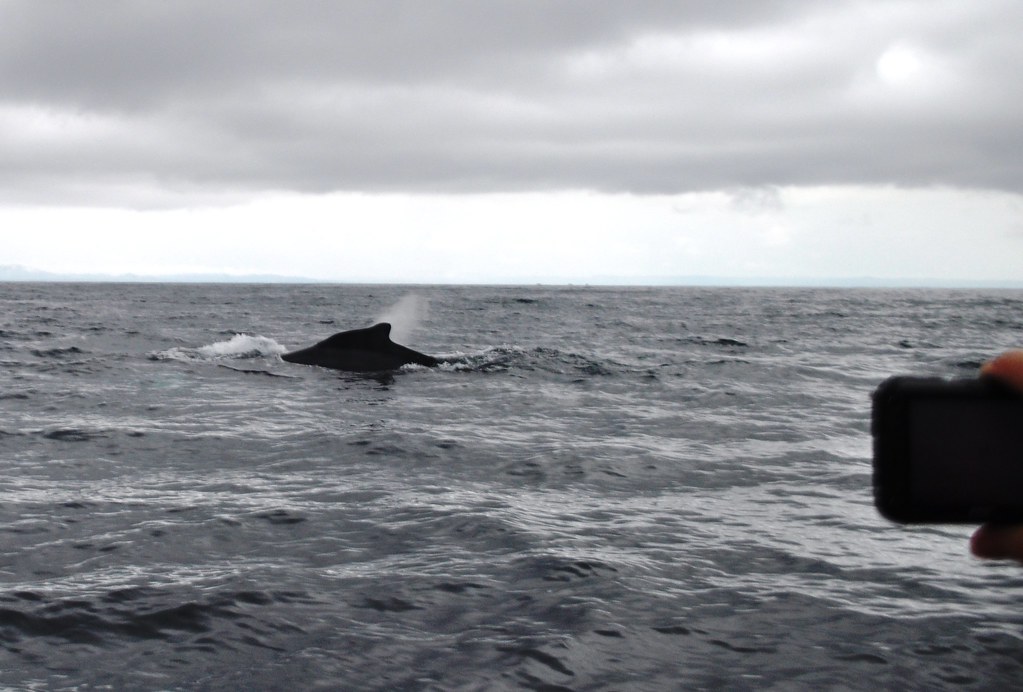 Viewing Whales Pretty Close
Carlos was right. It was close. As in, maybe 50 meters (165 feet) or so, close. I had waited decades to see this sight and it was more beautiful than I imagined.

Excitement continued as another whale surfaced followed by another and finally I saw a couple of whales breach. This is where they gracefully jump almost entirely out of the water and returned with a poetic splash. 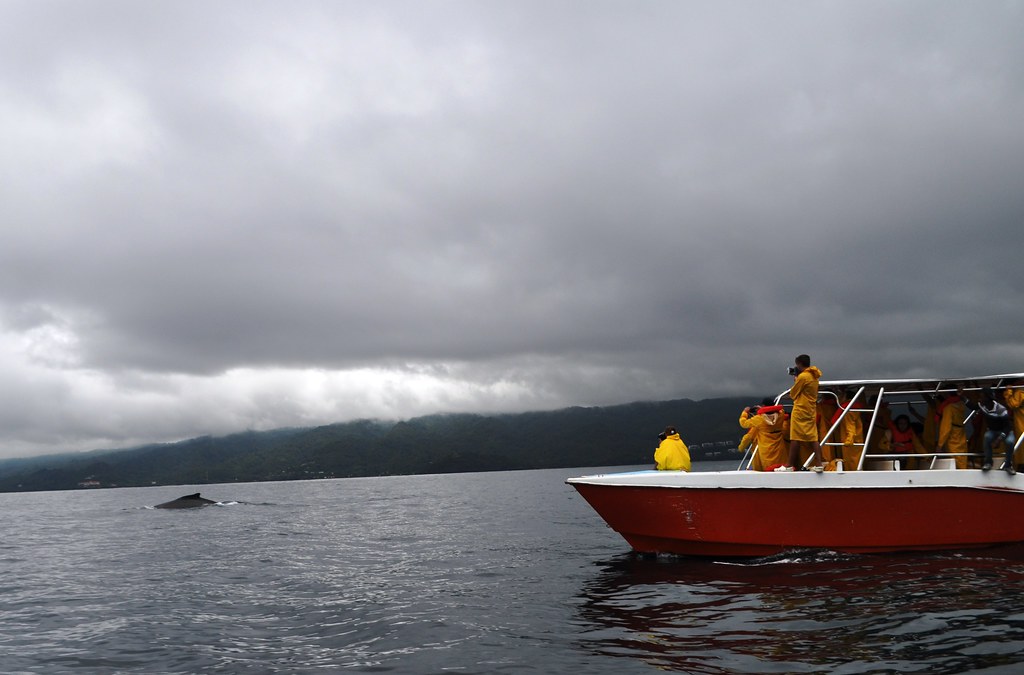 According to my guide, the male humpback whales jump and sing while the females do not jump. During this 30-minute whale performance, I saw dorsal fins surface, pectoral fins wave “hello,” and when the show was over, a whale’s fluke waved goodbye with one final splash before the mammal disappeared into the dark water.

“The show is over,” Carlos said.

And what a show it was, one I’ll remember for a lifetime. Whilst on the trip one of the other tourists told me about another time they went whale watching in San Diego, so that’s where my next trips going to be, I’m going to san diego whale watching and hopefully it will be just as amazing as this one. 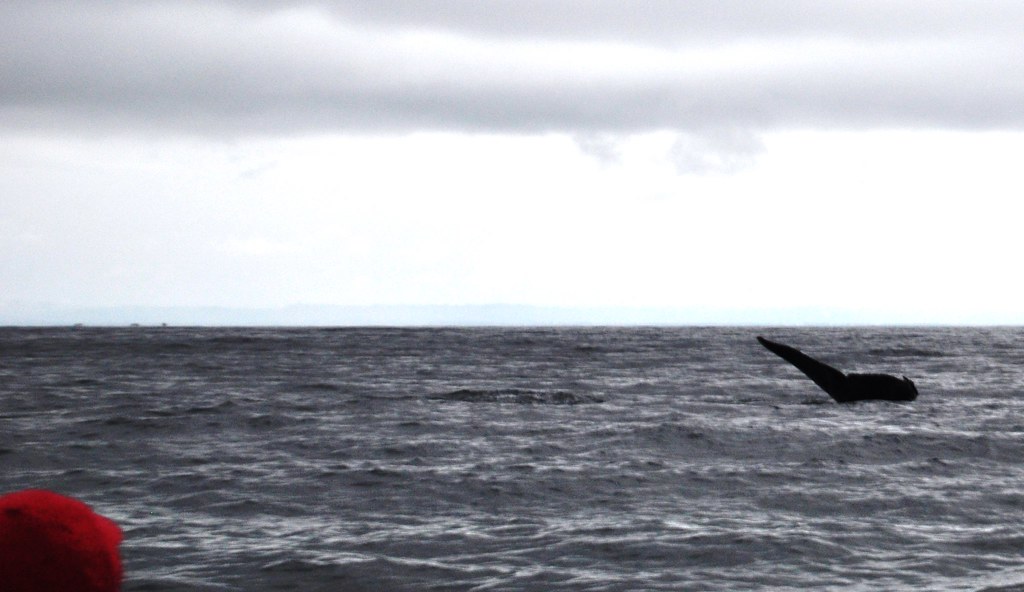 The Show is Over. Samaná Bay, Dominican Republic.

Samaná Bay: One of the Best Places for Whale Watching
Samaná Bay is considered by the World Wildlife Fund to be one of the best places in the world to observe humpback whales, which can weigh between 30 and 50 tons. From mid-January to mid-to-late-March thousands of humpback whales migrate to these Dominican Republic waters to give birth and mate.

Whale watching tours are regulated by the Dominican Republic’s Ministry of the Environment and Natural Resources to ensure the protection of the species. Whale Samaná is a boat tour led by Canadian marine mammal specialist Kim Beddall and several operators offer tours with fewer people, which enhances the experience. To learn more about whale watching and additional things to do in Samaná, visit www.godominicanrepublic.com 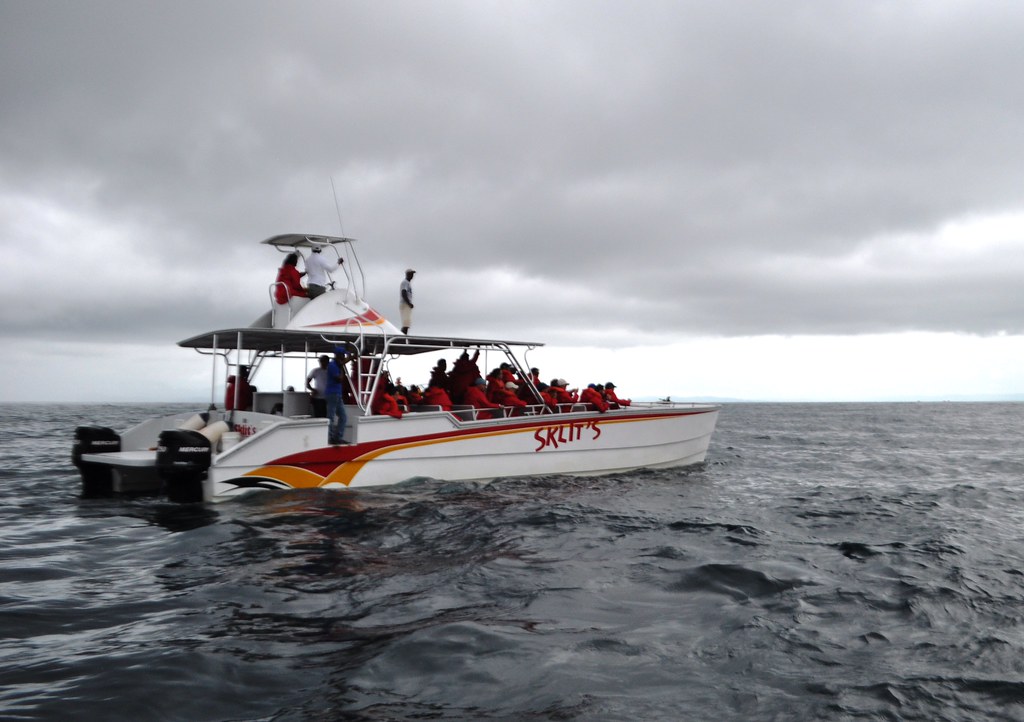 Where to Stay in Samaná, Dominican Republic
There are several tourist-friendly accommodations in Samaná, some are the hub of action. I stayed at the boutique Bannister Hotel which has a self-described “Caribbean-chic” feel. My room was comfortable and an awesome, powerful shower. It’s located on the water with a marina and I was enchanted with the morning songbirds and gorgeous sunrises. It is a bit away from the traditional tourist areas but an activity desk will help guests plan their activities.

It also has delicious restaurants and a cool indoor-outdoor lobby and bar. I stayed over a Saturday night and the place was hopping! A live band played late into the evening and sound carries up into the rooms. Plan on joining the fun. 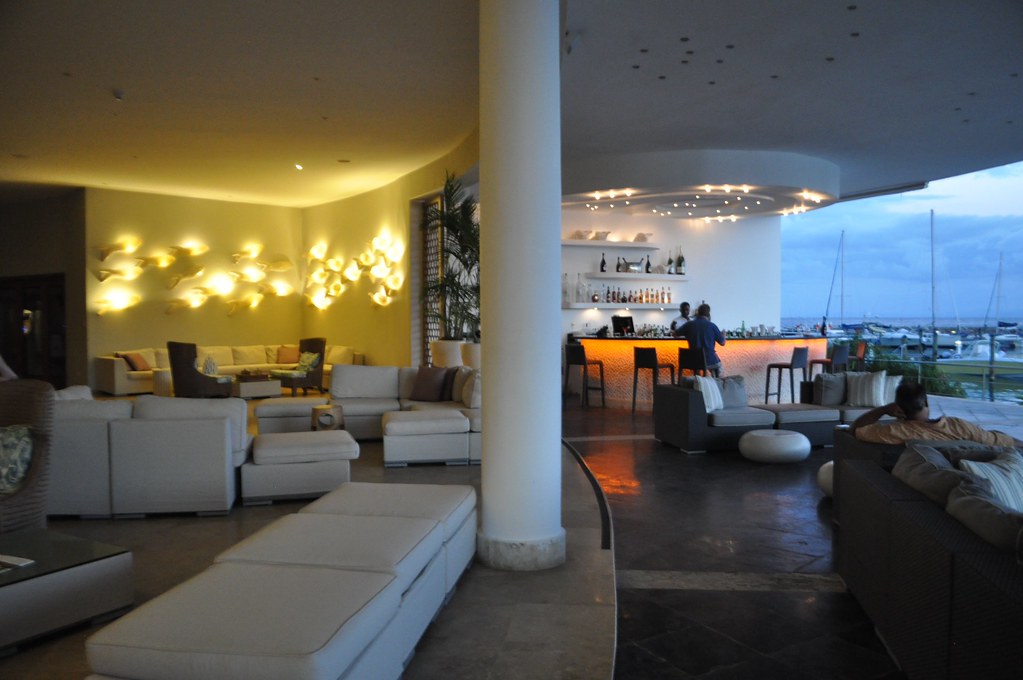 This is the third in a multi-post series about visiting Samaná, Dominican Republic.

Disclosure: I was a guest of the Dominican Republic Ministry of Tourism and their U.S.-based public relations agency of record, BVK. They have not reviewed this post and opinions are my own.

Here’s a brief video of the trip. If the video doesn’t play please visit it on YouTube.