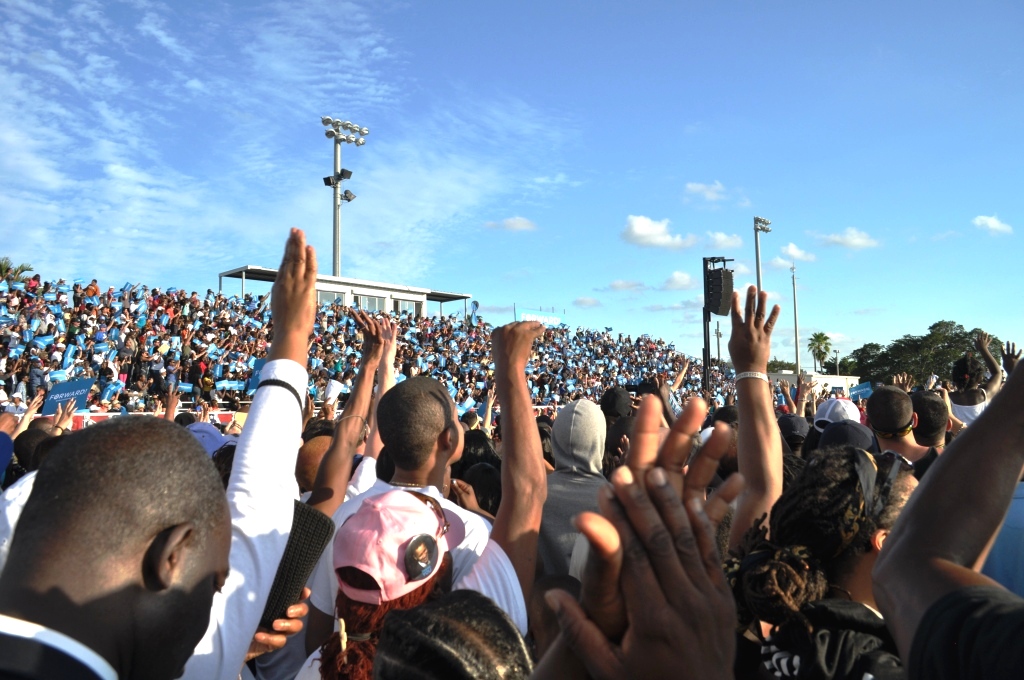 While most people cringe and moan during election season, I find it kinda exhilarating. Having attended probably a half-dozen rallies plus two inaugurations and the Republican National Convention (in Tampa) since 2008, I’m sharing my tips for attending a 2016 presidential campaign rally.

My Reasons for Attending Presidential Campaign Rallies
Yeah, I know. Call me crazy for enjoying politicking season but it’s one of the things that makes America great. People put their lives on the line to defend our democracy and it’s important not to take our right to vote for granted.

Importantly, I encourage others to vote with their head rather than emotions. This means, cast an educated vote and the best way to learn about the presidential candidates is to attend a campaign rally. 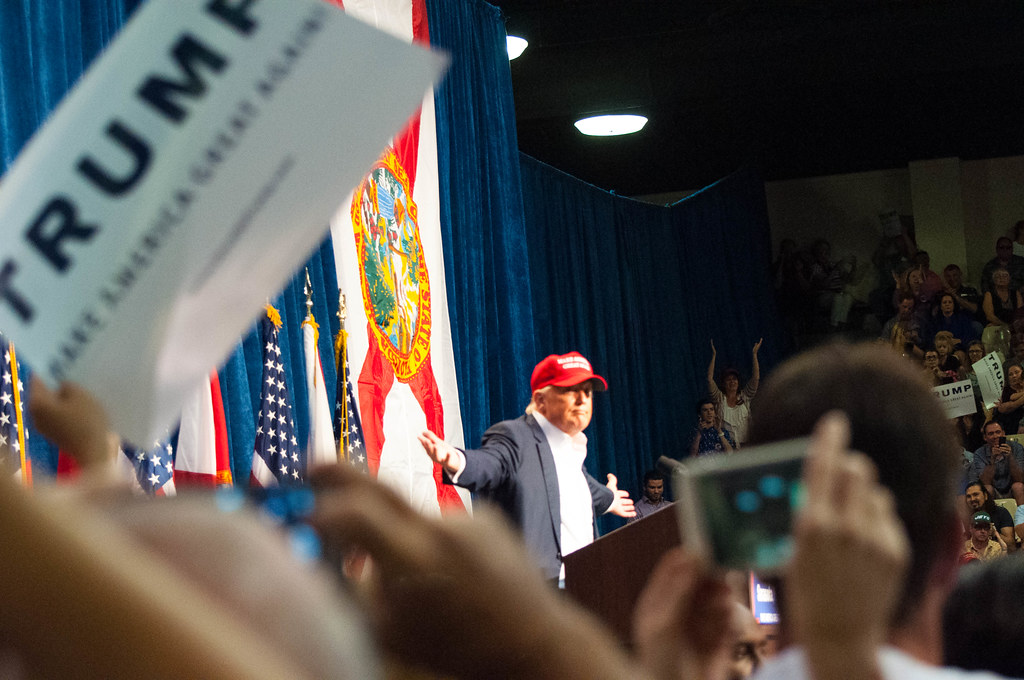 I enjoy attending rallies because I hear directly from candidates’ mouths rather than relying on media outlets. I can also observe body language and see how candidates interact with constituents.

Attending also allows me to speak with other voters and learn the issues important to them. This helps me understand why they and others support a particular candidate over another.

Plus, rallies provide interesting entertainment value. During the Donald J. Trump rally in Sarasota last month, there was an elephant outside the venue. Yes, about 10,000 people and a pachyderm attended that event. 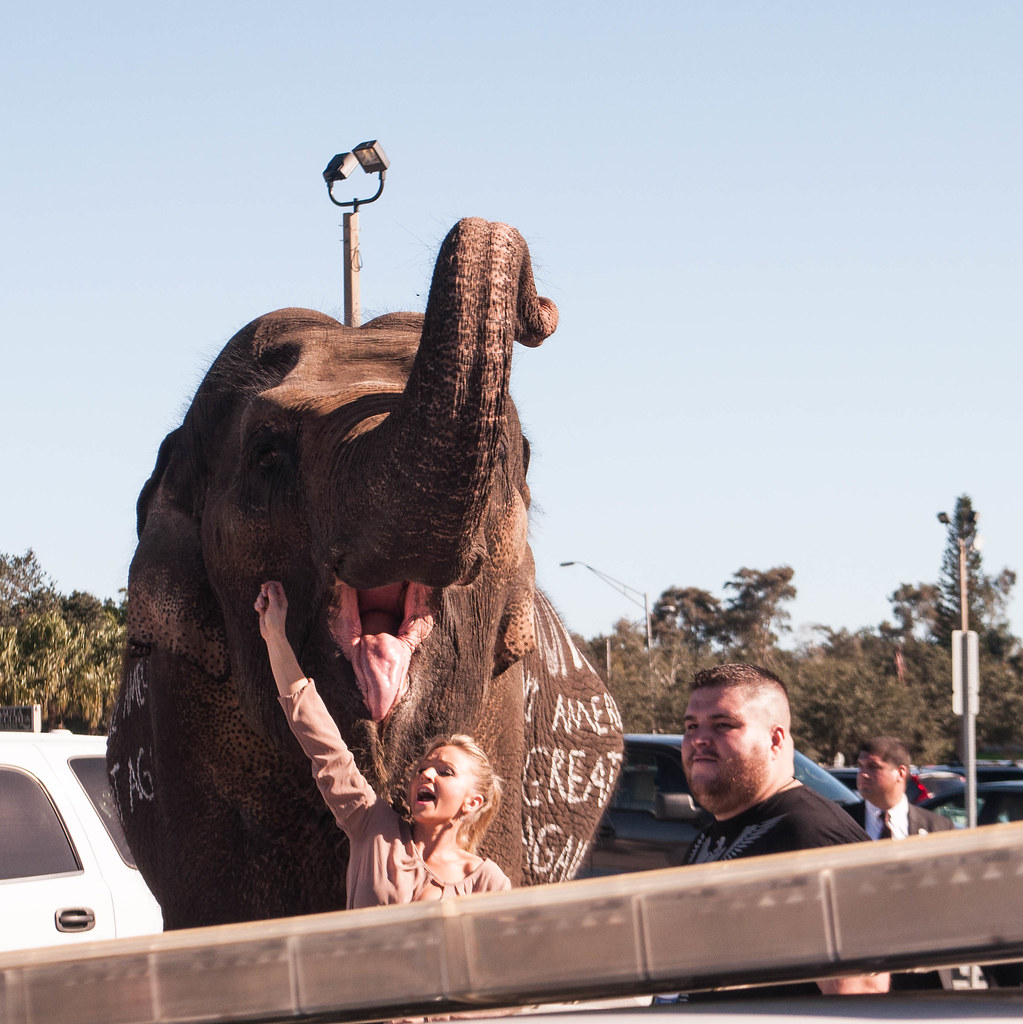 Campaign rallies are an opportunity to celebrate the United States Constitution’s First Amendment which protects the freedom of speech. When it comes to the candidates and their constituents, freedom of speech is a beautiful thing but hatred is pretty dang ugly.

I despise trash talk, low blows, and attacks on spouses and family during election season while appreciate intelligent conversation, spirited debates and thoughtful reasoning. And in general, attending presidential campaign rallies is an opportunity to be part of history and celebrate patriotism and all that’s good with the United States. 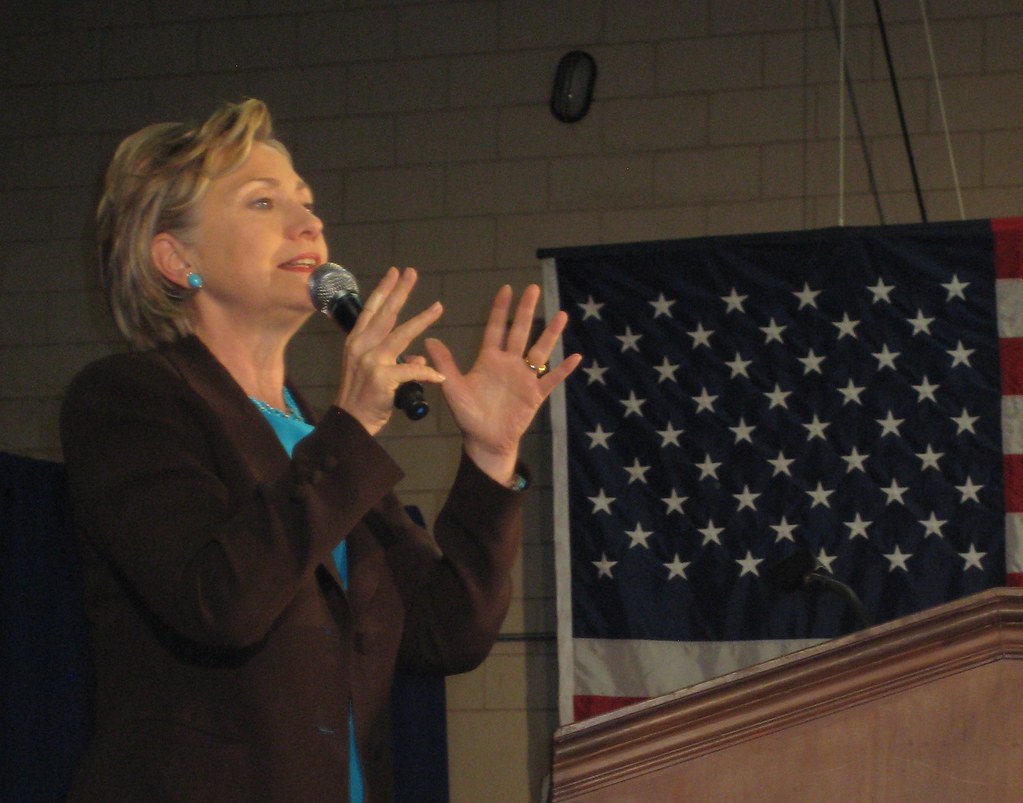 My Tips for Attending a 2016 Presidential Campaign Rally

Based on experience, following are my tips for attending a 2016 presidential campaign rally:

How Do I Know When a Presidential Candidate Will Be Visiting My Town?
One of the most frustrating things during the 2008 presidential race was finding out when either Obama or McCain were visiting. I was willing to travel up to four hours to attend an event yet in some cases, I wouldn’t learn about a rally until either late the day prior or the day of. Social media accounts for each of the candidates didn’t include information about rallies and the events section of their respective websites were not very helpful.

During the 2012 cycle, both the Democratic and Republican parties embraced 21st century and began posting on their websites their schedules a few days out. Even better, they had sections where you could register to receive information about upcoming rallies. They also had a better handle on utilizing social media (although, the Obama campaign was ahead of the social media curve in 2008).

I encourage you to: 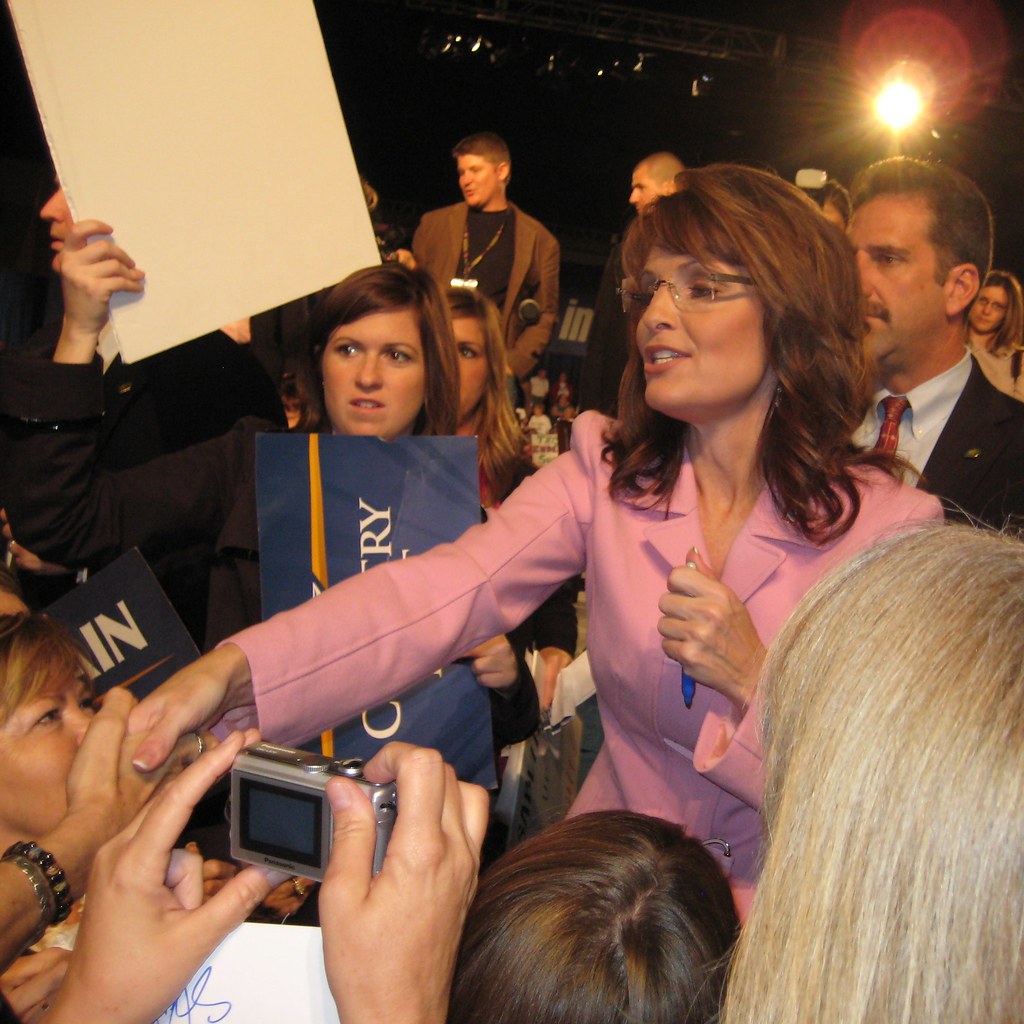 Okay, There’s a Rally. How Can I Attend?
Remember, anyone can attend a presidential campaign rally so whether you learned about a rally through a news broadcast, newspaper article, email or through social media, follow the instructions for registering to attend. Most likely it’s a free rally (and not a campaign fundraiser) and although you’re required to RSVP, doing so doesn’t guarantee you’ll be admitted into the venue.

I learned the hard way in 2008 when I was turned away with ticket in hand from a rally featuring Gov. Sarah Palin in Fort Myers. Especially with indoor venues, there’s a seating capacity set by the fire marshal. Once at capacity, most people are turned away. In the case of Trump’s Sarasota visit, they provided outdoor seating for the overflow crowd in which the candidate addressed them before and after his primary speech. 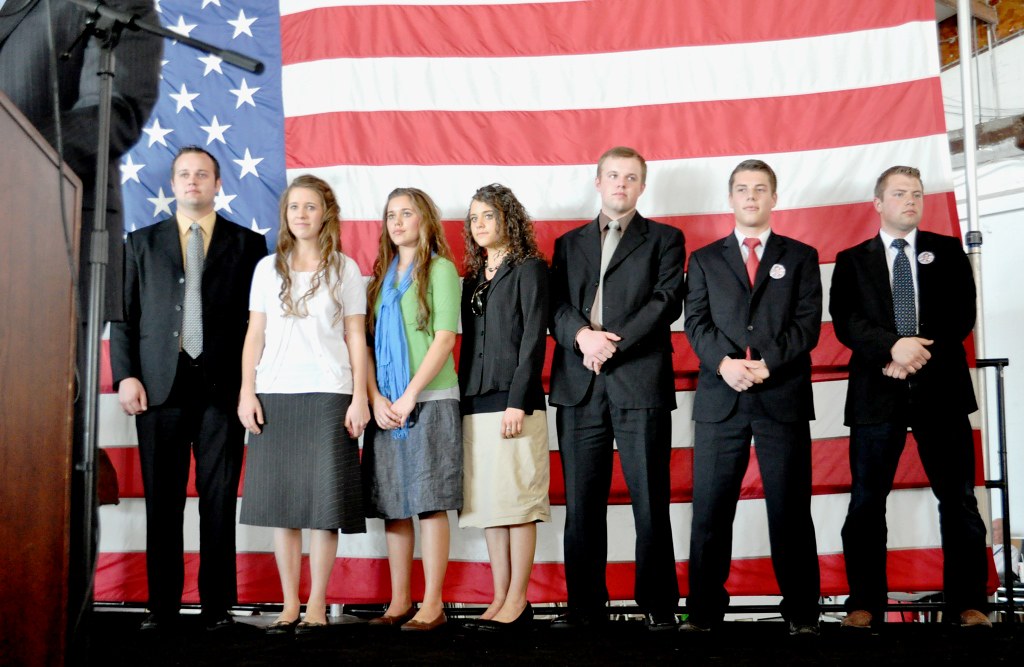 It’s Rally Day! Now What?
ARRIVE EARLY if you want to hear the candidate. Again, speaking from personal experience, if a rally begins at 4 p.m., don’t show up at 3:30 p.m. expecting to be admitted. During the 2008 race I stood in line for four hours to hear Sarah Palin (yes, FOUR HOURS) in Tampa and many others were ahead of me. A couple of weeks later I waited three hours to hear Hillary Clinton campaign for Obama in Winter Park, Fla. I ended up with front-row positioning and met some really great people.

The rally ticket will indicate when the doors into the venue open and if you really want to get in, arrive an hour before that time. 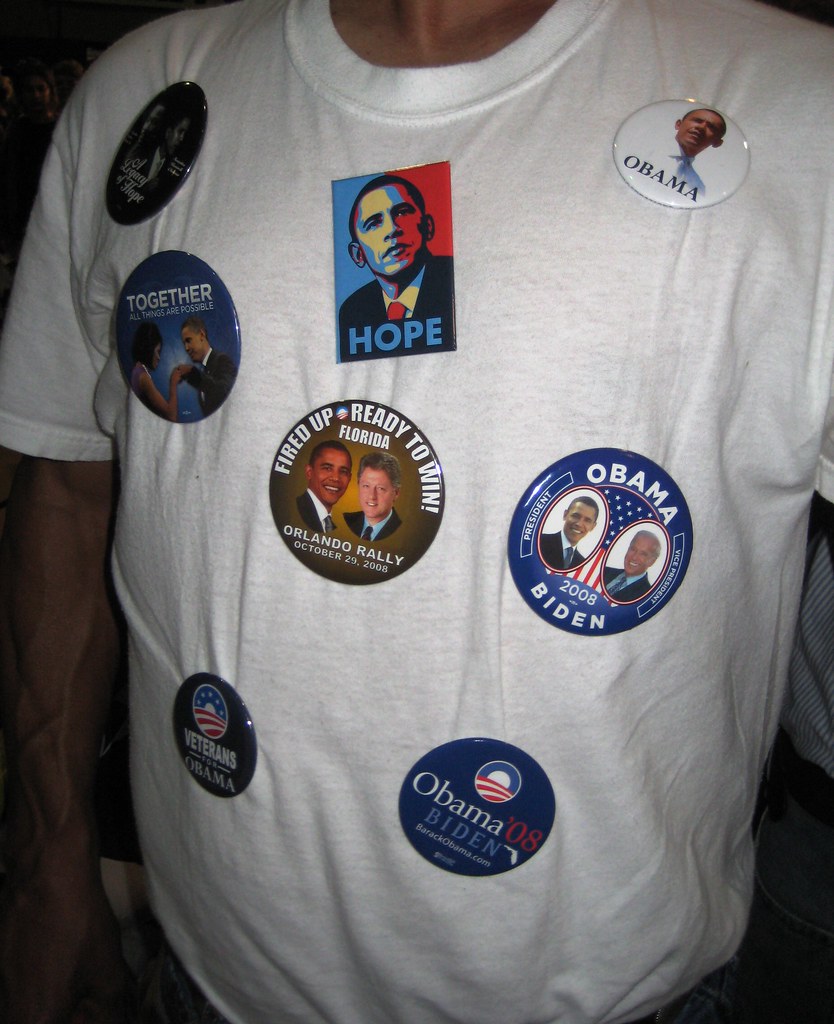 What Should I Wear?
In addition to donning your red, white and blue, if you’ll be waiting in line for four hours or any duration, be sure you’re wearing comfortable shoes and clothing. If you’ll be standing out in the sun, bring along a hat, sunglasses, sunscreen and possibly insect repellent. Or, if you’re in one of those states that snows, dress for the weather. If permissible, bring your own chair or blanket to sit on.

Will There Be Food and Water?
Brown bag it! Don’t forget your water and snacks. Some venues will have food for sale while others will not. I’ve also attended rallies where they had complimentary water and others did not. If you need to eat every two hours then bring food with you.

Keep the Shoes On But Be Prepared for Airport Security
Not sure if this will be the norm for 2016 but during the Trump rally in Sarasota last month, all rally-goers needed to pass through TSA security. Bottles of water were okay and we could keep our shoes on but items such as baseballs and lighters were tossed out. When attending a presidential rally, leave the perceived weapons (even if you have a permit to carry) home. 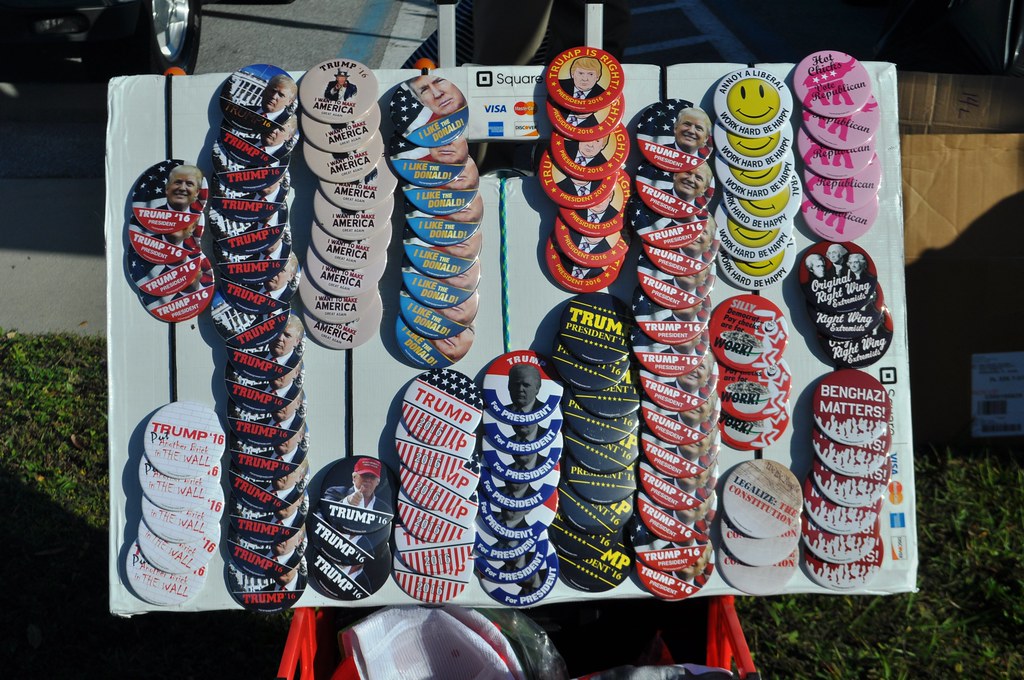 Other Essentials to Bring Along to a Presidential Campaign Rally
Bring your questions! Become familiar with the issues, listen to the presidential candidates and if the opportunity presents itself, ask a question.

Bring your respect. No matter what your political alliance, be courteous and respectful of the candidate and other attendees.

If it’s important to you, be sure your camera and phone batteries are charged. I carry at least two external batteries

for my iPhone. A Sharpie marker along with the candidate’s latest book are handy in case you’re close enough to ask for an autograph.

Speaking of phones, sure, snap some photos and videos but then put the phone away and enjoy the moment in person, not through a screen.

Political button, T-shirt and hat vendors are a plenty (you’ll see the same vendors selling different pins depending on the candidate speaking). Bring along your small bills if you want to pick up a piece of political memorabilia and hold out! As I’ve found, the vendors closest to the venue are the most expensive. I collect buttons and rather than spending $5 for one, see if you can pick up two for $5 or even better, three for $5. Some vendors do accept credit cards. 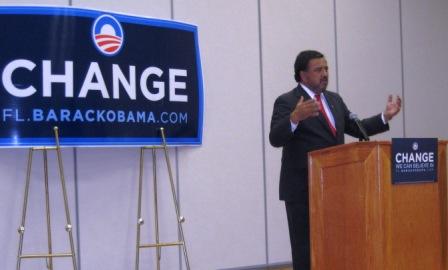 Know the Code
If you’re social media savvy, find out if the specific presidential rally has a designated hashtag and use these in your Tweets, Instagram and Facebook uploads. Your followers and others interested in the presidential campaigns will appreciate the information you’re sharing in real-time.

What Are Your Tips?
Have you ever attended a presidential rally? What tips would you add? Are you planning on attending any rallies in 2016?

You can only vote for a president once every four years. Vote with your head and not your emotions.