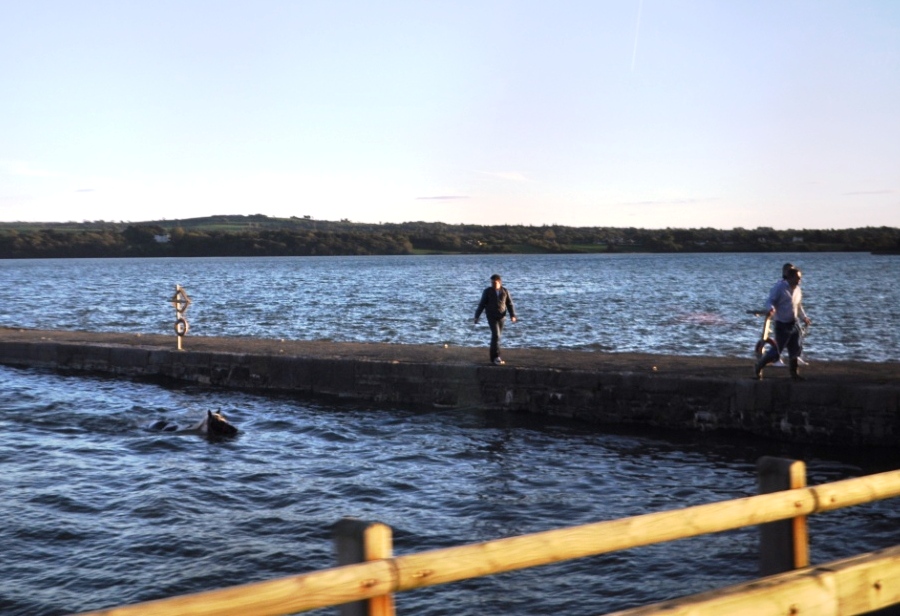 Riding through Southwestern Ireland in the comfort of the Paddywagon Tours‘ mini-bus allowed me to soak up the scenery. I saw white sheep grazing in the green rolling hills, aging headstones in famine cemeteries and stone fences crisscrossing the countryside. When I saw a few guys walking a pier alongside a horse in water I needed to say something. It looked a little odd considering the water had to be near freezing.

We had just taken the Shannon Ferry across the River Shannon into Tarbert on our way to the town of Annascaul in the Dingle Peninsula. The Paddywagon Tours driver, slowed the bus down and said, “they’re Irish Gypsies.”

He then explained how they don’t like being called gypsies because it’s a derogatory term and refer to themselves as Irish Travellers. Their grandparents were known as “tinkers” because they fixed anything, made with metal such as pots, kettles and pans.

I’m not sure if Tourism Ireland and Fáilte Ireland promote the Irish Traveller community in their tourism marketing materials but I’m glad I observed this.

I can’t articulate it properly but simply, I have a fascination with cultures and communities different from my own. Just ask my family how I feel about the Amish and they’ll let you know I have an unusual, yet healthy, interest in them. Thanks to TLC I’ve learned about Travellers from the “My Big Fat Gypsy Wedding” series but wasn’t sure how much of it is true.

And, here’s my disclaimer. If I offend anyone with this post because of my ignorance, my apologies. I’m just sharing what was told to me.

According to the driver, the TV series is pretty accurate representing the Irish Traveller community. It’s also accurate in prejudices against Travellers. For instance, TLC episodes have shown wedding reception facilities turning down the business or canceling receptions once they find out the event is for Travellers. But how was the event booked to begin with? Non-Travellers are hired to act as an engaged couple who meet with the banquet hall and book the event. 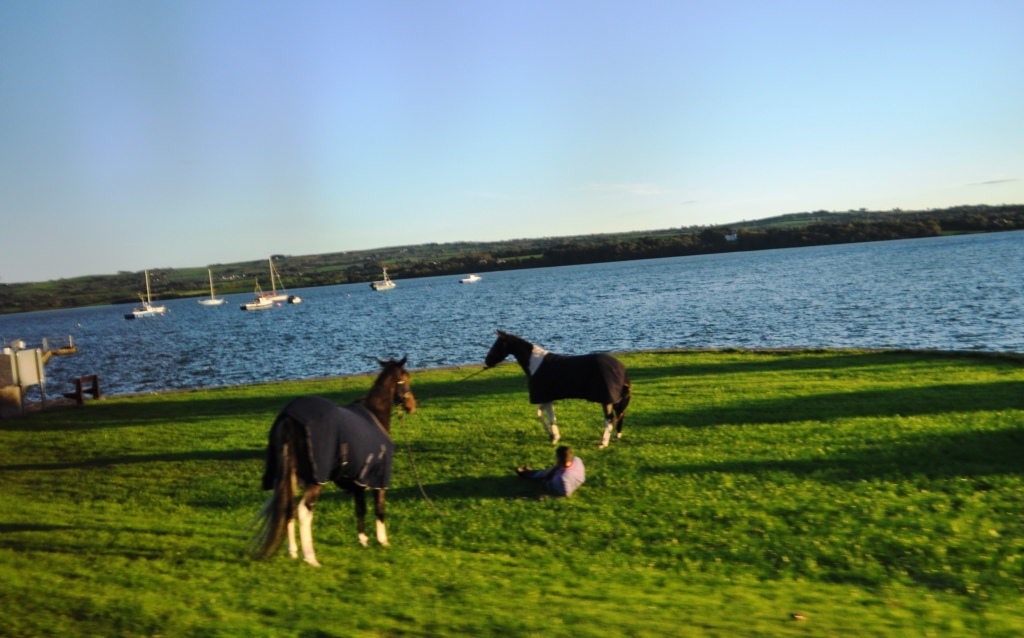 Why the strong dislike?

As told to me, many Travellers make a living by scamming and they have a reputation for skipping out on reception tabs. Many also make a living by collecting and selling scrap metal and have been known to break into barns and sheds to steal items such as tools and later sell the stolen items. Because of the actions of others, all Travellers are judged the same.

Unfortunately, it seems difficult to break the cycle. Traveller children grow up learning from their parents. They may attend mainstream school yet end up dropping out because of their culture isn’t accepted. If they do attempt to leave the Traveller community, mainstream society is hesitant to trust them.

Is there a solution to break the cycle? I suppose time and the evolution into a global community will bridge the differences.

Back to the horse in the water. The horse was being exercised during high tide in order to compete in buggy races in which Travellers gamble on. Well, whatever floats their boat, err, horse.

Meath Travellers Workshops Ltd.: Bringing Traveller’s Past into the Present
The Construction of Irish Travellers (and Gypsies) as a ‘Problem’, by Anthony Drummond
My Big Fat Gypsy Wedding Ruined My Life: An Open Letter to Channel 4 – Sabotage Time
Column: Denying Traveller ethnicity makes Ireland a rogue state – The Journal

Disclosure: As a travel blogger attending TBEX, I visited Southwest Ireland with Day Tours World and Paddywagon Tours. Opinions are my own. This post also contains affiliate links in order to support my traveling habit and this blog.