Attaining the American Dream Was Too Much for My Cat

Disclaimer: You may see a little bit of the single crazy cat lady in this post. 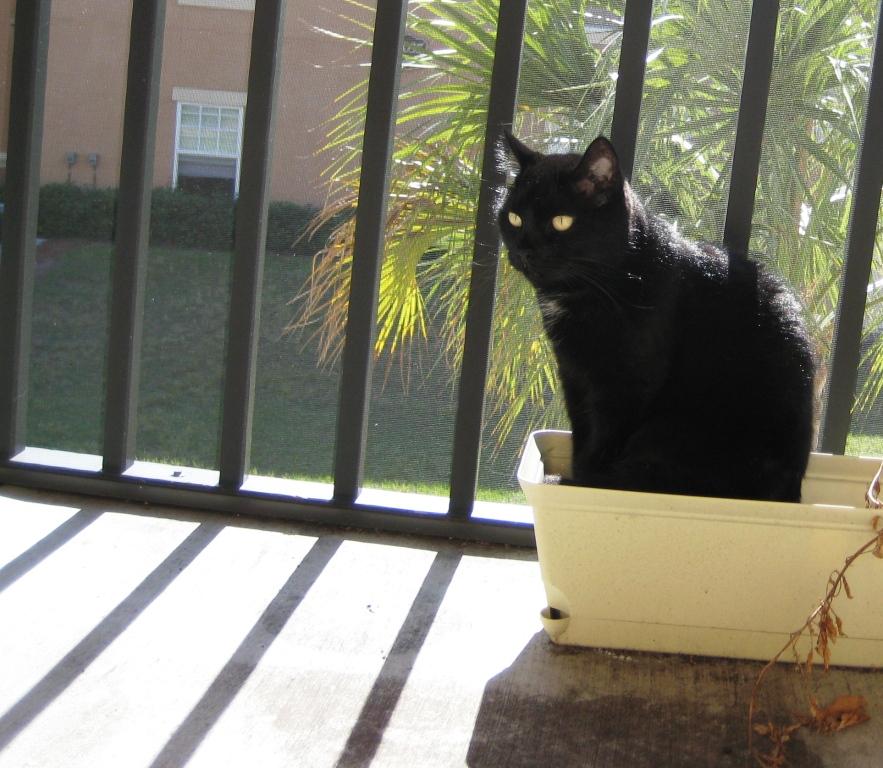 Mickey Chilling in the Sun

Four years ago when I received the call telling me my former husband had unexpectedly passed away, one of the first things I thought was, “Who’s going to take care of Mickey?”

It had been seven years since I was a pet-mamma and honestly, I was pretty happy not having any ties keeping me from packing up and jaunting off for the weekend. But, I knew it was my responsibility to bring home my cat, Mickey. (Named after the mouse.) My former husband cared for her while he lived in Everglades National Park because I had a heavy business travel schedule in my new, single life in Tallahassee.

Although he made it clear whenever he left the park Mickey would return to me, I needed a National Park Service ranger to facilitate the transfer of my cat from his girlfriend to me. 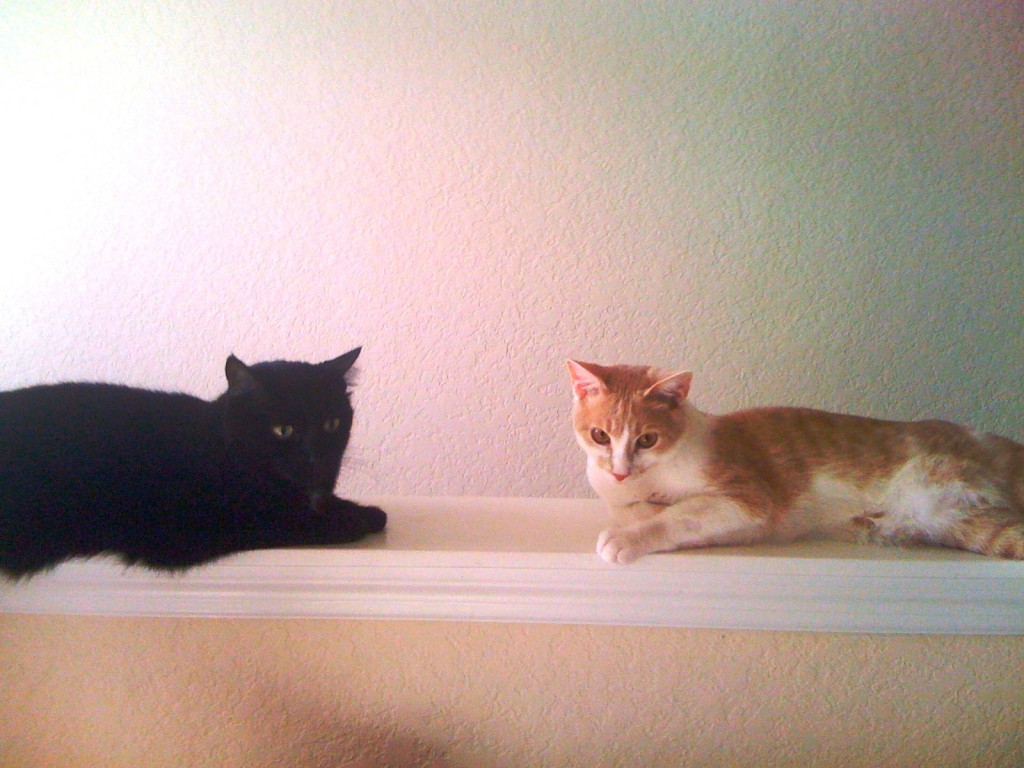 Mickey and Sunny: My Roots

Pets Keep Me Grounded
Up until last week there were two cats in my life and they were my roots. They were part of the reason I haven’t uprooted everything for an extended travel adventure. Their purrs and nuzzles were the reason I looked forward to coming home after any trip. They snuggled up to me extra tight on my first night back reassuring me I was missed.

Unlike many fellow travel bloggers who have sold everything in a quest to see the world, I did the opposite and stabilized my roots. Last week I moved into my new home. It’s the first home I’ve ever owned and rather than celebrating, I’m mourning the loss of my sweet Mickey, my 15-year old feline companion who died in my arms in the new house. 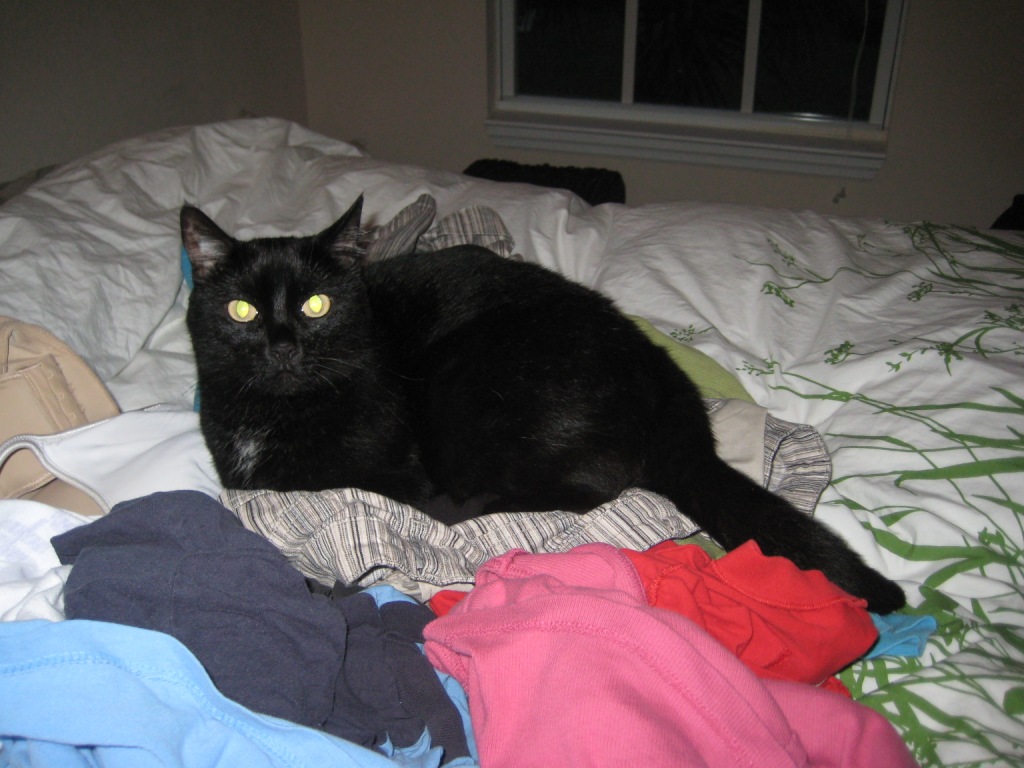 Mickey on Her Favorite Bed – Clothing Fresh Out of the Dryer

Was the Move too Stressful on My Cat?
Sadly, I underestimated her resilience and the move was too stressful for her. She had traveled extensively from Las Vegas to Florida. She drove cross-country with us from Death Valley National Park to Everglades National Park and traveled with us to Buffalo for vacation. In Florida, she lived in several homes and weathered countless tropical storms and hurricane evacuations.

But, the move from my apartment to a new home just 20 minutes away was too much. At the age of 15, she had failing kidneys and stomach issues. Although she seemed to be settled in the new place, something wasn’t right. She followed me around and slept with me as usual, but was vomiting more than usual. (Over the years I’ve spent thousands of dollars in tests but never found out why.)

Wednesday evening after work I realized she wasn’t drinking or eating. I used a syringe to give her water and spoon-fed wet cat food.

When I woke Thursday morning something was obviously wrong. She wasn’t sleeping next to me – the first time since February 2008. I found her in the spare bedroom, lying behind a box. She belted out a mournful howl and I knew she wasn’t well. I tried giving her more water but she wouldn’t drink. I cradled her weak body in my arms and placed her in her bed where she howled some more, signifying she was giving up on life. 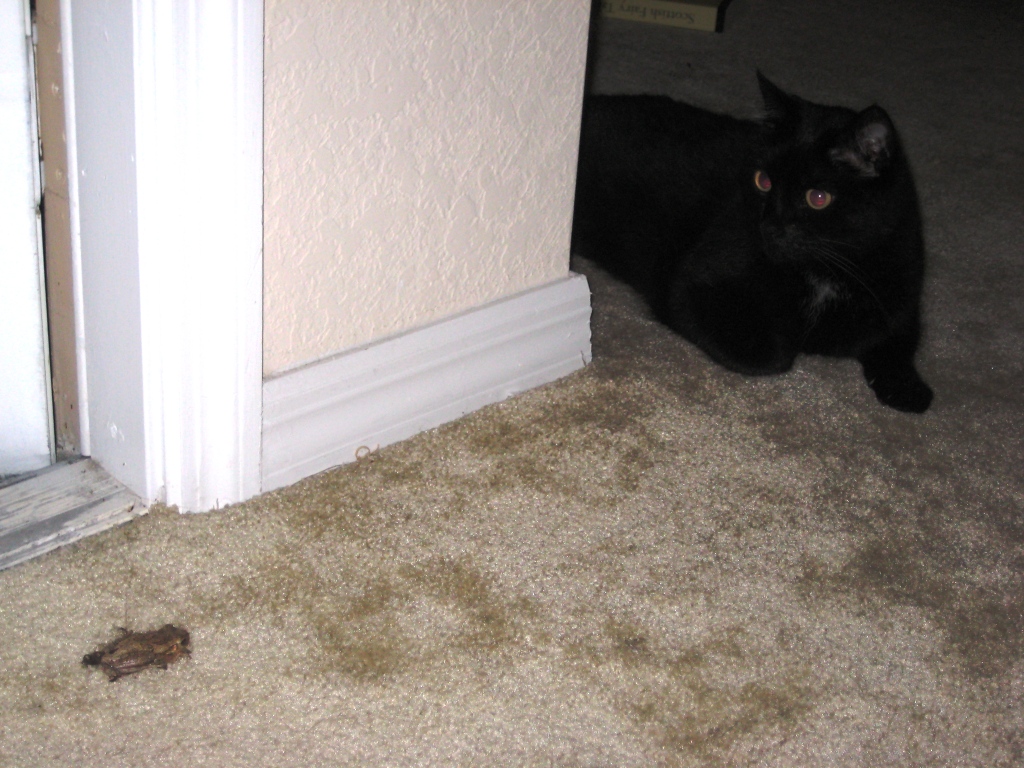 Mickey and a Frog

That Alone Feeling
This was the first time in a long time I thought it sucked being single and felt incredibly alone. I had three service people coming that morning (security, locksmith and cable/Internet) but needed to care for Mickey. No friends were around to stay home and let the service people in and I couldn’t cancel the appointments. Although I got a little teary-eyed, the service guys were understanding and worked around my schedule.

Bawling and barely audible, I called the vet’s office for an emergency appointment but Mickey didn’t make it. While cradling her in my arms walking out of the bedroom, I looked into her empty eyes. She then took her last breath and she was gone. Tears flooded as I left two of the service men in the house as I drove to the vet. Stroking her motionless body, I swear she was still purring and I waited for her to lift her head and let out her little meow but it didn’t happen. 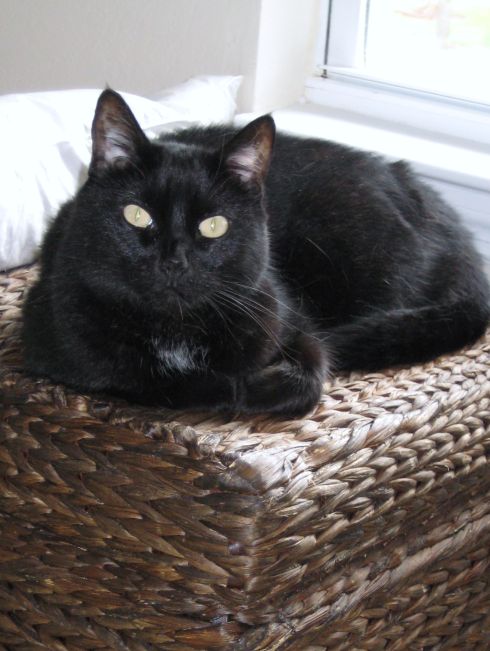 Hanging Out on Her Favorite Box

Lost in Translation
I cried most of the day but had a ticket for the Coldplay concert in Tampa. It had been a while and decided it was time for an eyebrow wax and pedicure before the show. Tears flowed after lying down on the table and the technician asked what was wrong.

“Oh, sorry,” she said while giving me a tissue and patting my shoulder.

A few minutes later she asked if it was a “boy or girl.”

“Huh?” I asked, realizing where this was going.

“Do you have other kids?” she then asked.

Apparently she thought my “kid” died and laughed when I told her it was a cat. I realize some cultures don’t treat animals like kids but my sweet Mickey was definitely my fur-child and friend. She’ll be missed.