Home » Disclosure » An Arresting Experience at the Vancouver Police Museum

An Arresting Experience at the Vancouver Police Museum 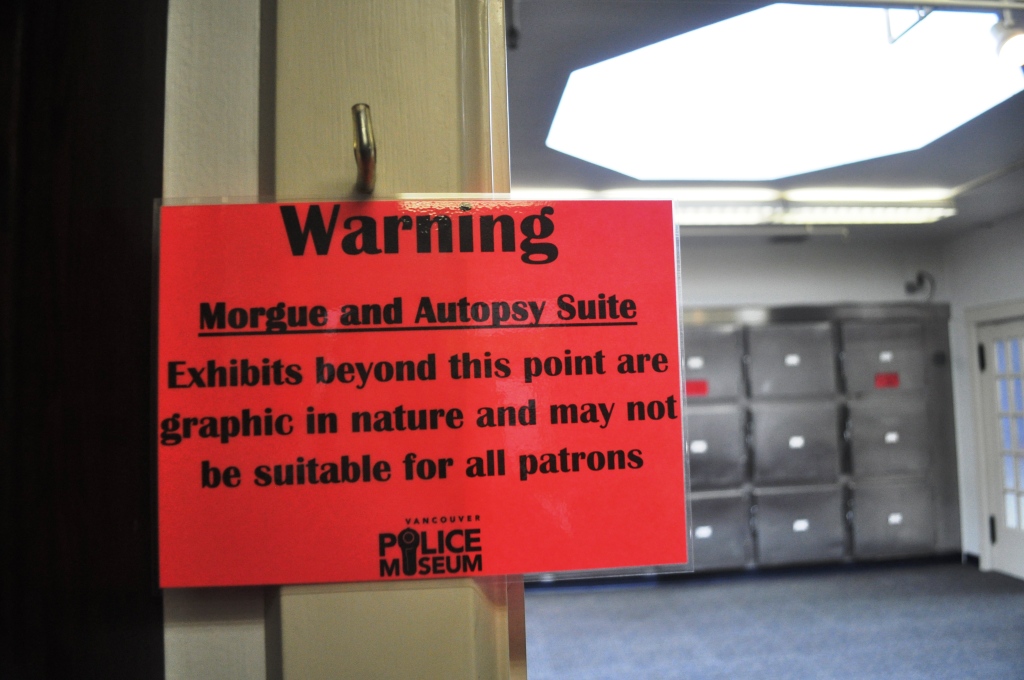 In a creepy kind of way, the Vancouver Police Museum’s morgue and autopsy facilities are intriguing. This was my first visit to a law enforcement museum and being a fan of shows as CSI and Criminal Minds, I’m not sure why it’s taken me so long to visit one.

Built in 1932, the facility originally housed Vancouver’s first Corner’s Court and City Analyst’s Laboratory. It was home to the Coroner’s Courtroom, offices, autopsy facilities and morgue and the facility opened as a museum in 1986.

When I asked if it was haunted, the reply was, “Probably not,” since bodies brought to the facilities were dead which means, any spirits would have exited a body before arriving to the morgue. 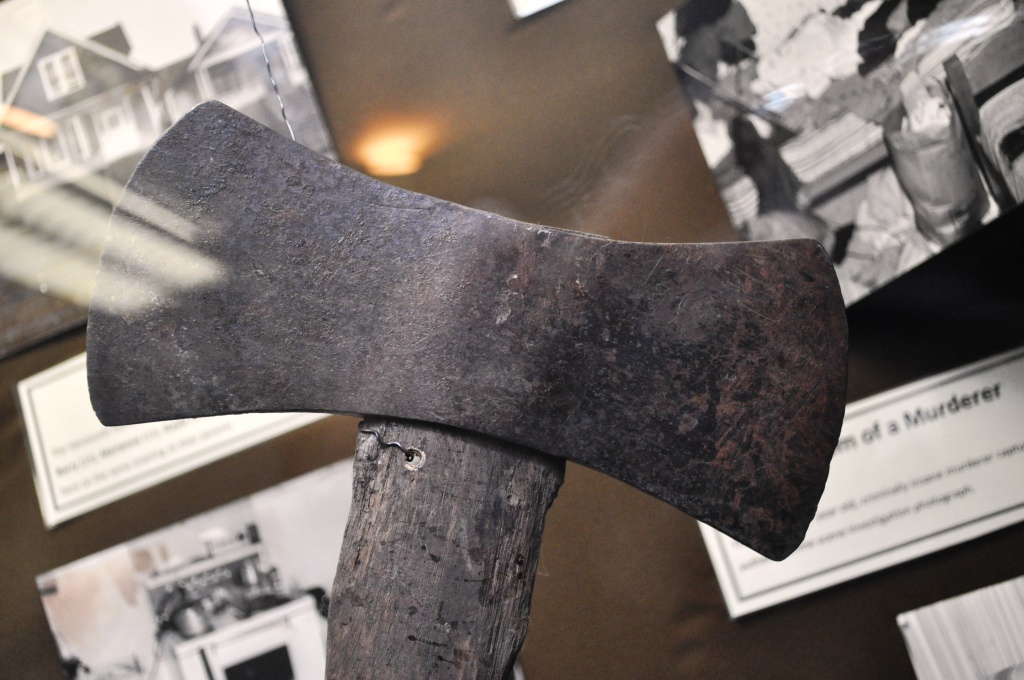 Ax Used in a Murder on Display at the Vancouver Police Museum, B.C.

Although I didn’t read every display sign, exhibits are engaging. They include Vancouver law enforcement uniforms, homemade and manufactured confiscated weapons, firearms used through the years by Vancouver police, tribute to fallen officers, and chilling profiles of infamous Vancouver crimes.

Through narrative and props, the crime exhibits really drew me into the personal side of the victims and magnitude of the crimes. Not all the items on display were props, some items are from the crime scenes, such as the ax above. You can’t see it in the photo but there is a blond hair hanging off the ax which belonged to the murderer.

A former morgue isn’t a morgue without drawers and an entire wall is just that! I love the signs warning visitors not to open the drawers. These folks definitely have a sense of humor.

Please Do Not Open Morgue Drawers
(Do You Know What Was Used to Be in Here??) 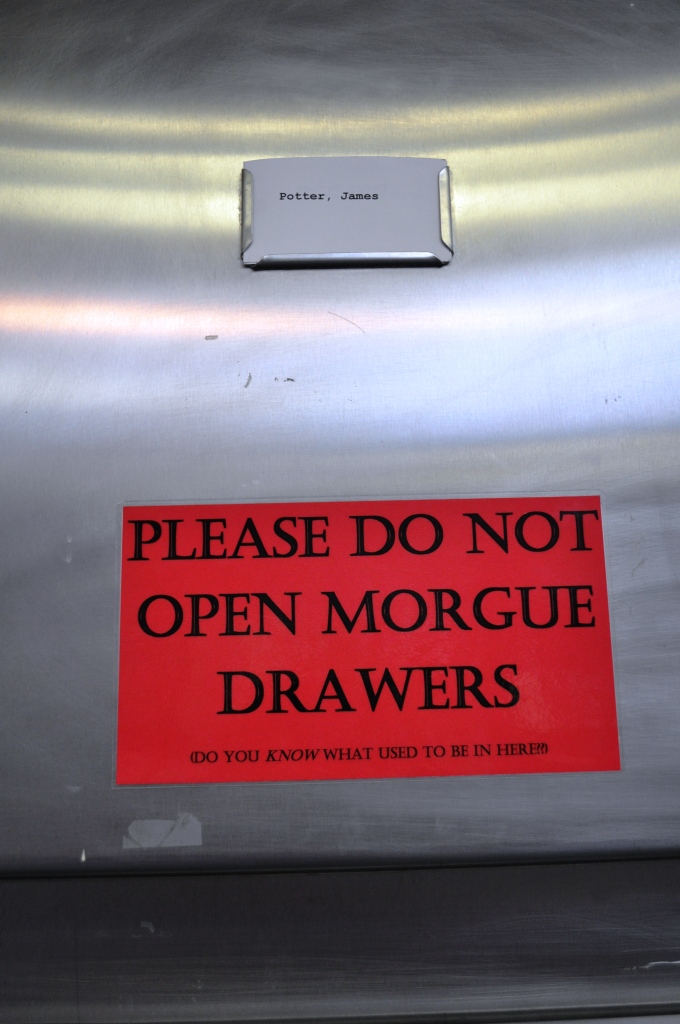 Don't Open that Morgue Drawer - You Know What Was in There, Right?

The autopsy room was neato, too, although I had to look away from a wall that had slices of brain and other organs. Were they real? Um, I don’t want to know but they looked pretty real.

I suppose you can say Errol Flynn, the flamboyant actor of the 1940s and 1950s, was the most famous guest of the morgue. While visiting Vancouver on Oct. 14, 1959, he died of a massive heart attack and his body was brought into this facility for the autopsy. According to the Vancouver Police Museum, following the autopsy his body was placed in a pine box marked with “Please Handle Carefully” and transported by train back to Hollywood. 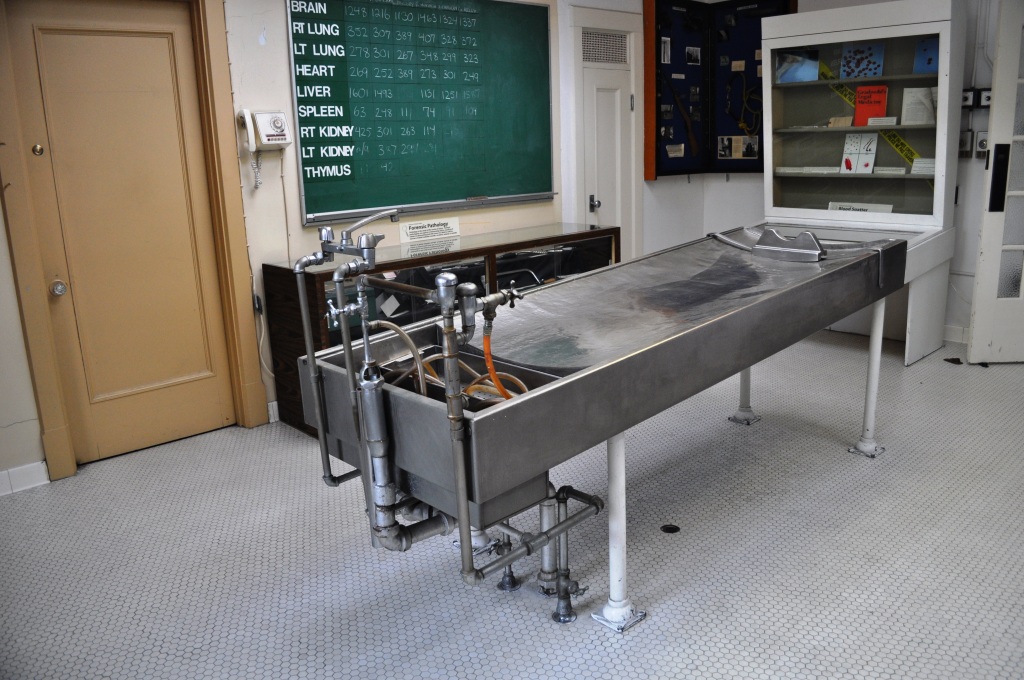 Admission: $7 for adults, $5 for students and seniors, $20 for families (two adults and two youth under 17)

Disclosure: As an attendee of Travel Blog Exchange in Vancouver June 10 – 12, 2011, I received complimentary museum admission however, these opinions are my own.