Travel to Vietnam: I Felt a Little Weird Firing an M16 at the Cu Chi Tunnels

Home » Solo Travel » Travel to Vietnam: I Felt a Little Weird Firing an M16 at the Cu Chi Tunnels 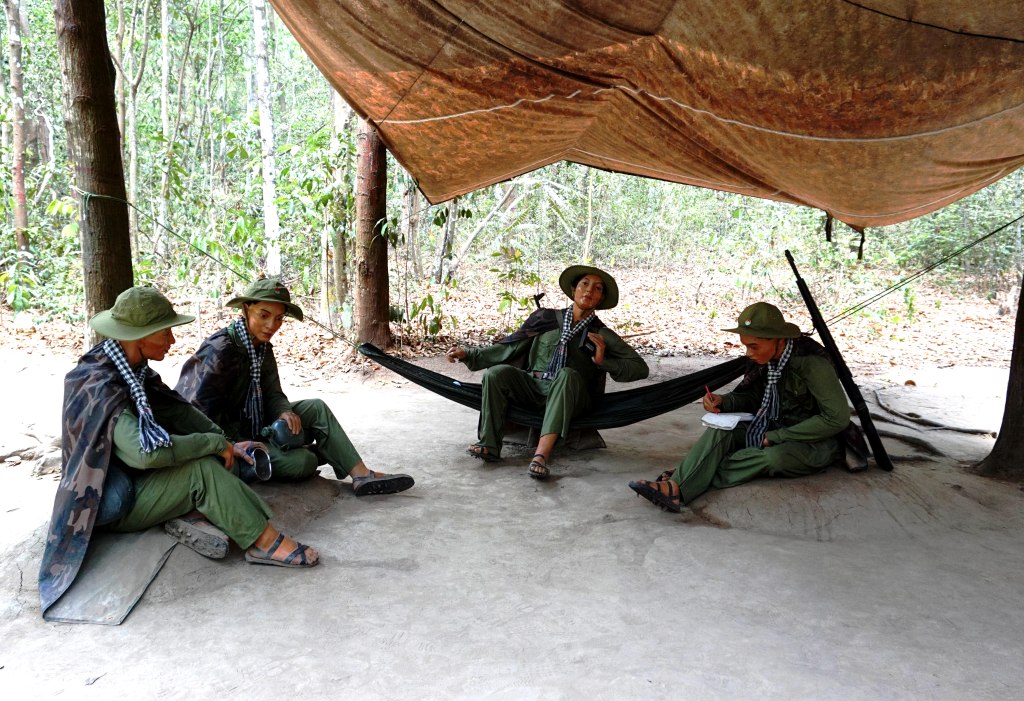 One of the things I did not expect to do in Vietnam was fire an M16 rifle, but that’s exactly what I did during a visit to the Cu Chi tunnels with Urban Adventures. When my guide, I’ll call him “P,” said there was a shooting range and the group would have the chance to fire machine guns or rifles that once belonged to the G.I.s (U.S. Army soldiers), I thought I misheard him. I mean, isn’t the war over? 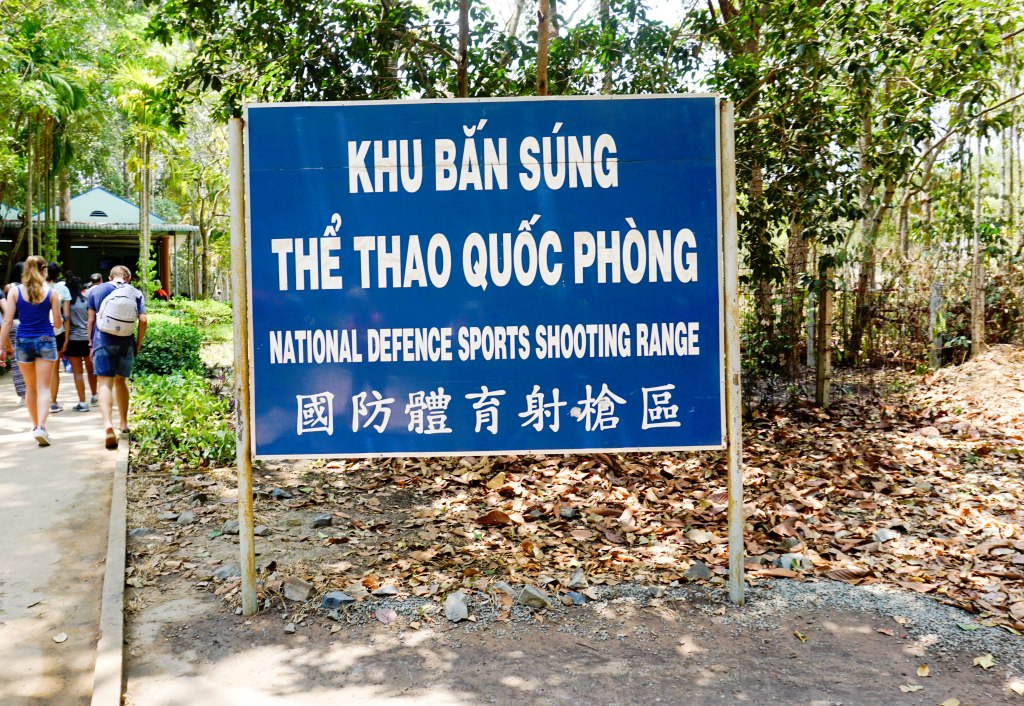 Sure enough, as the tour began, I heard gun shots and eventually saw a sign for the National Defence Sports Shooting Range. I had my pick of rifles and machine guns: M16, M30, Carbine, Ak47 or M60. Hmm, decisions, decisions. I’ve shot a rifle before and it’s been ages, but nothing as powerful as these.

“What’s the best?” I asked the gentleman at the counter. He was dressed in an olive green shirt and pants and wore brown sandals.

After I paid the equivalent of U.S. $1.50 per bullet for 10 bullets (the maximum), he instructed me to stand off to the side. It was a bit chaotic with people coming and going. Another man dressed in all olive green came out and the group and I to follow him to the shooting range.

I winced with each shot as I walked closer to the range and really thought this was all too weird. I mean, the Cu Chi tunnels were where the Viet Cong were based in 1968 during the Tet Offensive. Today, it’s a war memorial park and tourist attraction and I was there, about ready to fire an American rifle in Vietnam. 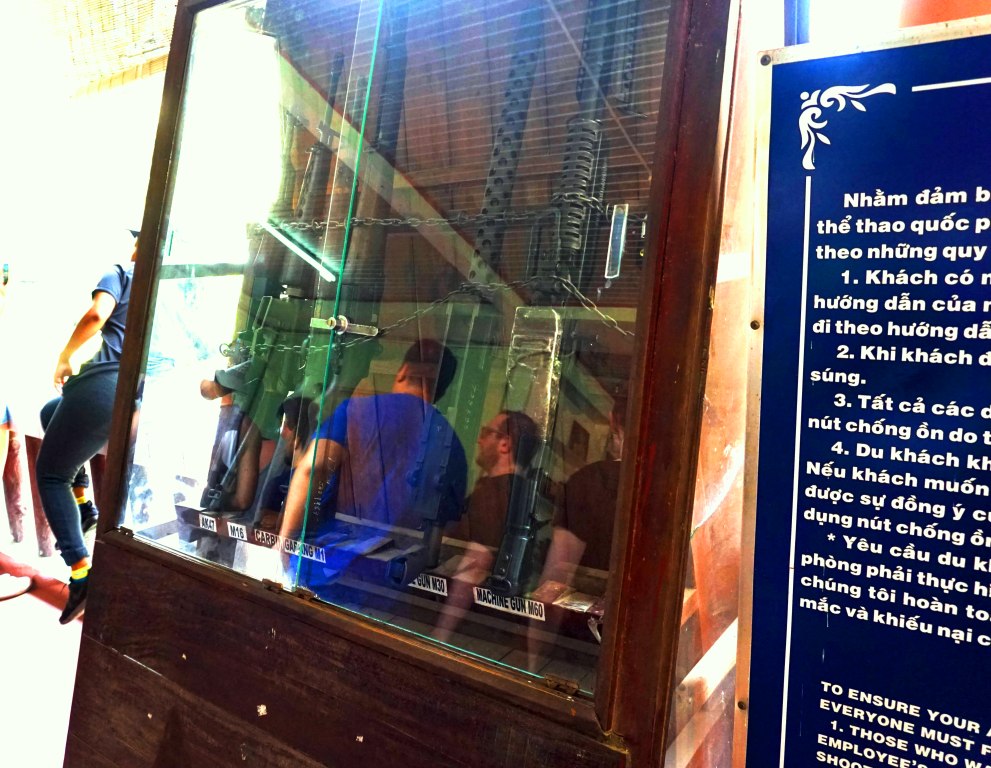 I Know, A Rally Bad Photo But These Were the Rifle and Machine Gun Choices at the Cu Chi Tunnels Near Ho Chi Minh City, Vietnam, April 2016

Once at the range, I was instructed to grab a pair of earmuffs to protect my ears from the shots then line up against a wall to wait my turn. All weapons rested on a cement block and I dodged bullet shells while watching others fire toward the target against a hillside.

When it was my turn, I stepped up onto a wood block and was instructed to place the butt of the M16 against my right shoulder. The same shoulder that received a cortisone shot about 2 weeks prior and will undergo surgery on later this summer. Could anything good come of this? I was told an M16 has a bit of a kick.

The gun’s barrel rested on top of a cement block and I was instructed on how to hold it with my left hand underneath and right index finger on the trigger. One of the olive green clad range workers placed his left hand on my right shoulder. I’m not sure if that was to prevent the kickback or guide me.

Looking down the barrel, I attempted to hit the target but with my first shot, a cloud of dust rose above the target.

I lowered the barrel and fired again and again and again. In those 10 shots, I hit the bull’s-eye three times and the range worker patted me on the back and told me, “Good job.” 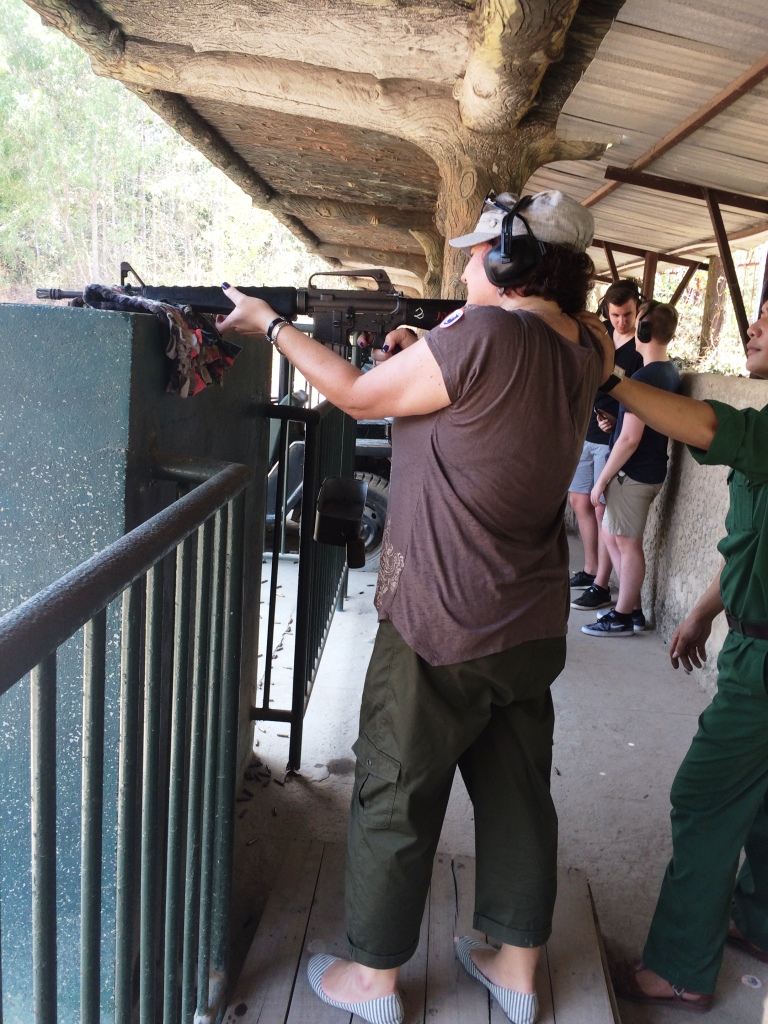 I respect the power of firearms and this opportunity to fire an M16 made me appreciate guns even more. I know several gun owners, support the Second Amendment yet I’m not a gun owner. With the exception of air guns, it’s been decades since I’ve fired a weapon.

A really stupid thing I did during this odd experience was not wearing eye protection. Although earmuffs to protect ears from sound were provided, eye protection was not. I could have easily worn my sunglasses but didn’t think about it but should have, because brass bullet shells popped out with every shot and I imagine they’re hot and could do some serious eye damage.

Did this experience impact my shoulder? Yup. Afterwards and for the rest of the week, I was in pain.

Would I do it again? Absolutely!

Have you visited a shooting range during your international travels?

View additional images from my trip on my Flickr stream.