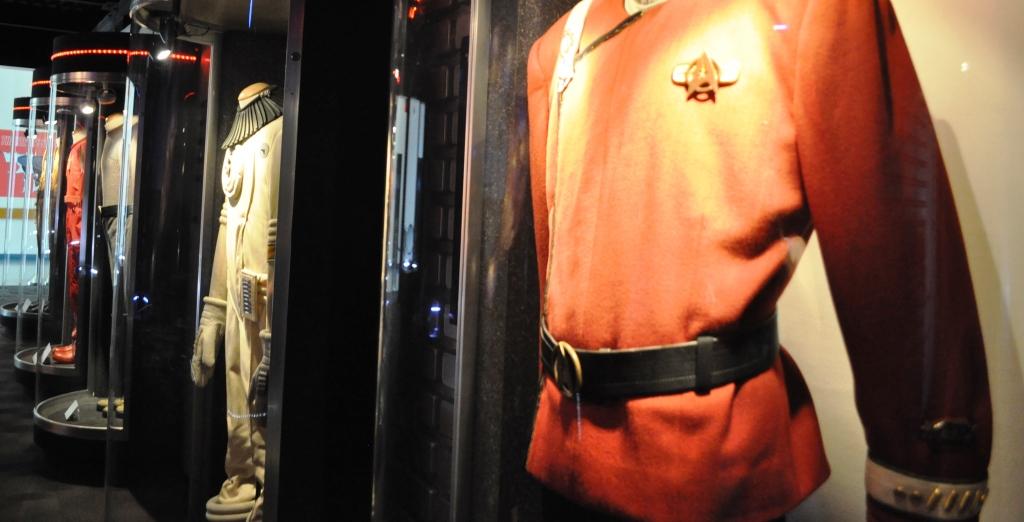 It would be illogical not to visit the Kennedy Space Center Visitor Complex in Florida this fall and experience Star Trek: A Fall Celebration. After all, the television series is celebrating its 45th anniversary and Florida residents can save $5 on admission! (General admission is $43 per person.) Last month I was the guest of the Kennedy Space Center Visitor Complex and viewed the Star Trek exhibit which has been extended from it summer engagement.

Pose for a photo while sitting in Captain James T. Kirk’s chair on the bridge of the Enterprise, enter the Starfleet Academy during Star Trek Live and admire costumes and props from both the original Star Trek series and Star Trek: The Next Generation. 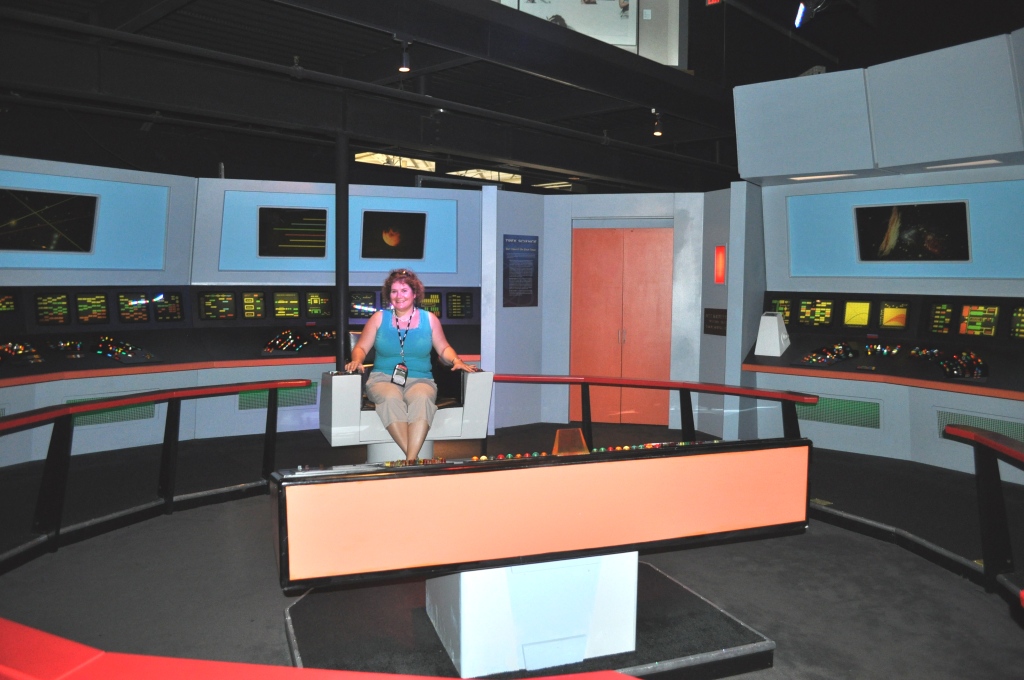 Visitors to the Kennedy Space Center Visitor Complex on October 8, 15, 22 and 29 are invited to come dressed as their favorite Star Trek character and participate in the Star Trek Halloween Costume Contest held at 11:45 a.m. in Astronaut Encounter Theater. Sign up to participate just before the event and there will be two categories, one for children under age 14 and adults. Winners will receive a certificate valid for two Commander’s Club Annual Passes.

If you’re planning to wear a costume, know there are some restrictions. All participants will be required to pass through security upon entrance and all bags will be checked. If taking the tour, participants will not be allowed to wear masks on Kennedy Space Center. Face makeup is accepted. Toy weapons will not be allowed on tour. No costumes will be allowed on the Cape Canaveral: Then & Now Tour. It is a government facility, after all. 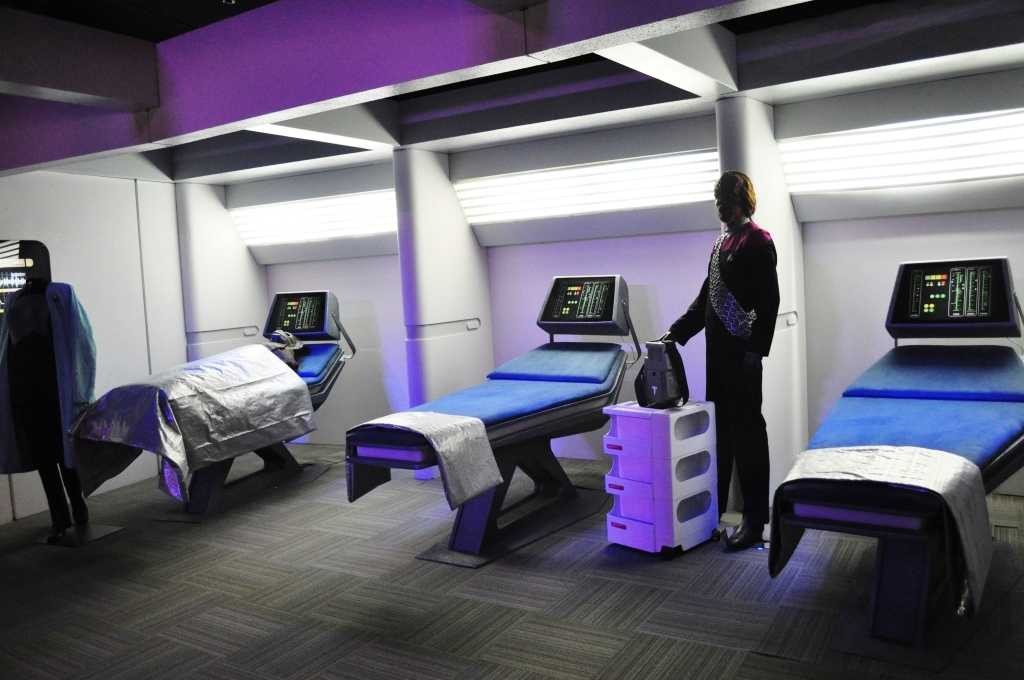 Residency has its privileges. Florida residents receive $5 off each admission for up to 6 people now through October 31, 2011. Florida resident ID and printed coupon are required so visit this link for more information.

While I work on writing and uploading about my recent Kennedy Space Center Visitor Complex experience, read what some of my travel blogging colleagues have to say: