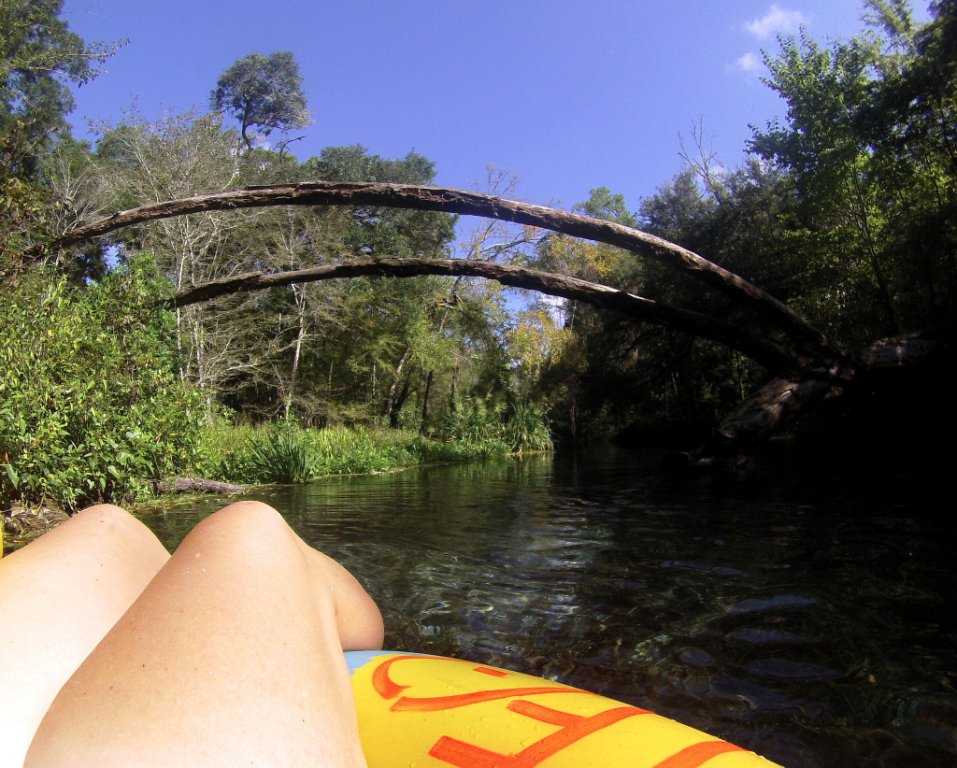 Floating the Clear, Cool Waters of the Ichetucknee River in Fort White, Florida

“My mother used to own part of this river,” the man floating on a blue, inflatable raft said to me as we drifted down the Ichetucknee River in Ichetucknee Springs State Park last August. With his wife sitting shotgun,he added, “We come back at least once a year to float the river.”

Part of me wished I had continued the conversation but my disembarkation point was just ahead and the couple were continuing down the river. I love a good story and they teased me with theirs. The other part of me was relieved my time on the river was over because although it was a gorgeous, mostly relaxing experience through wetlands and shaded hammocks, it was a bit frustrating.

Speak to any Florida cracker and it seems as though you’re not a true Floridian until you check off a slew of genuine Florida experiences and hopping in an inner tube and floating down at least a portion of the 6-mile Ichetucknee River is one of them. The river flows through Ichetucknee Springs State Park in Fort White, located about 3 hours north of Orlando. 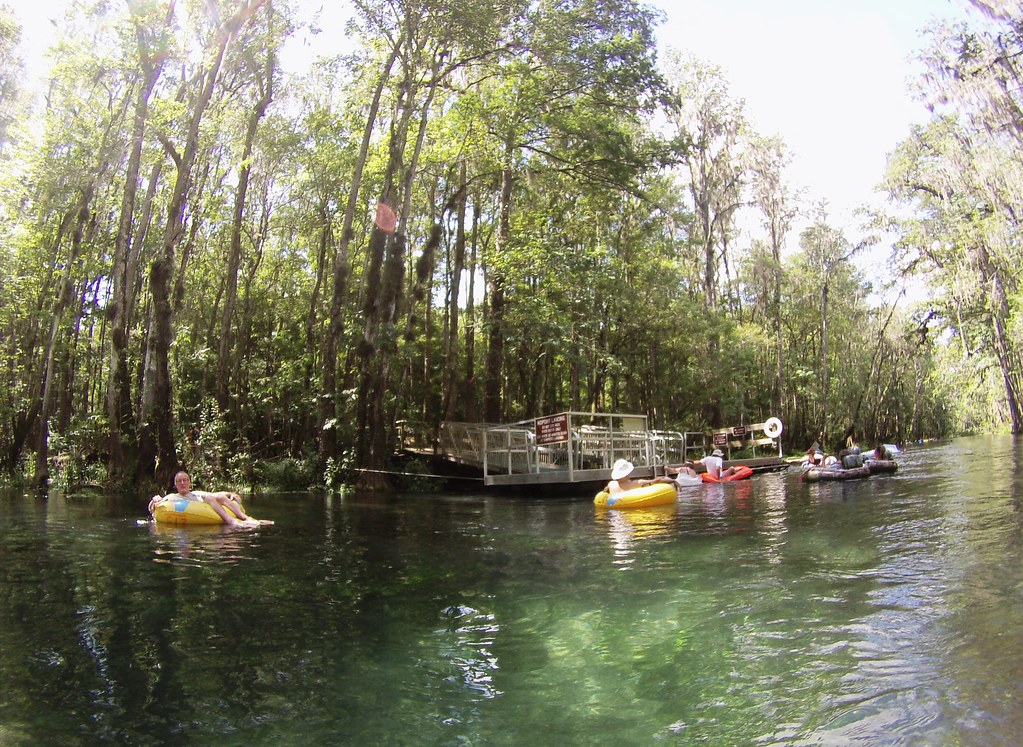 Although I’ve been living in Florida since 1997 and have played under the Florida sunshine throughout the state, floating down the Ichetucknee is something I have not done. Attending a conference in Lake City was the perfect opportunity to jump in clear water, float and let my worries drift down stream. Or so I thought.

When the conference bus pulled up to the launch point, I was instructed to leave food, drinks and anything disposable on the bus. As a diabetic, I was a bit concerned but complied and left my Nalgene water bottle filled with water behind. These and other items such as tobacco and alcohol are also prohibited which helps keep the river free of litter. Thinking back, don’t think I saw a single piece of trash in the water.

I then picked up a yellow tube at Midpoint Dock, followed the walking path to the river and somehow, shimmied my body onto the tube without falling in. I wore water shoes, swim shorts, a swim top, ball cap and of course, sunscreen. Once situated, I leaned back and waited for the water to carry me down the river but it wasn’t that easy. 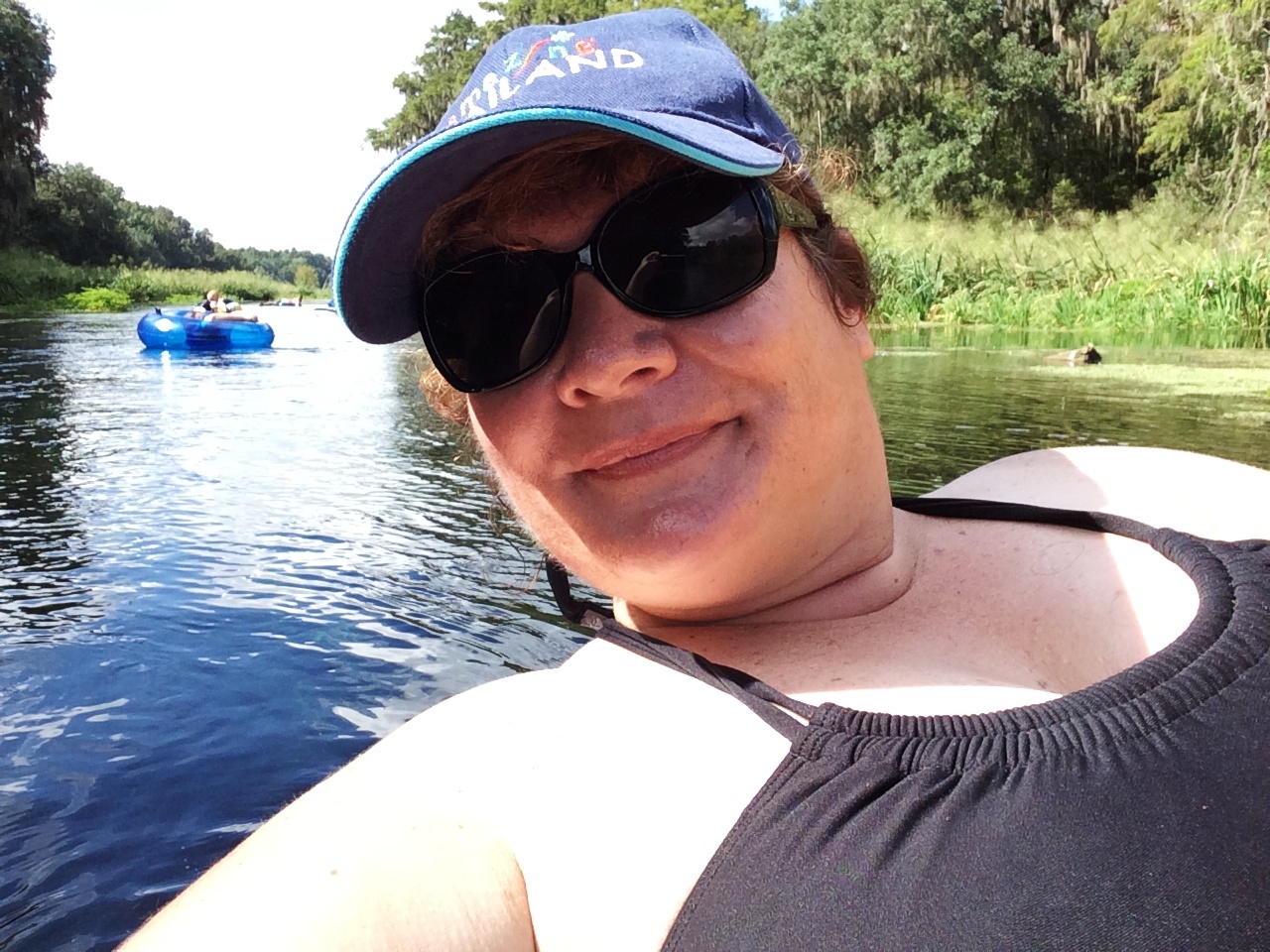 My tube rotated by 180 degrees so my feet faced upstream. I wiggled my body and paddled my arms to get me going in some way and slowly, I began to float. As the Ichetucknee carried me away, I looked up at the blue sky and admired cumulonimbus clouds. The river meandered through cypress canopies dripping with Spanish moss and offered shade from the sun. In other portions I brushed against grasses and navigated away from spiders and oftentimes, admired turtles sunning on logs.

When I looked down and through the clear water, I saw bottom, sea grass and occasional fish. It was a hot day and the cold water was refreshing on my paddling arms and buttocks that sank in the center of the tube.

There were portions of the river where I got stuck in an eddy and had to rock my body back and forth and use my arms to get me into the main flow. At other times, the river current ran swiftly and I occasionally bumped into other tubers.

I really wasn’t keeping track but think I was in the water for at least an hour when I disembarked at Dampiers Landing Dock, which could have been challenging if I didn’t have anyone catching me. Thankfully, bumpers slowed me down somewhat.

This is where I said goodbye to the couple whose mother once owned a part of the Ichetucknee River. I didn’t learn the family name but am grateful for the interaction and their mother’s contribution. During my quick visit, I have a better appreciation and understanding of why tubing the Ichetucknee River is a Florida rite of passage. 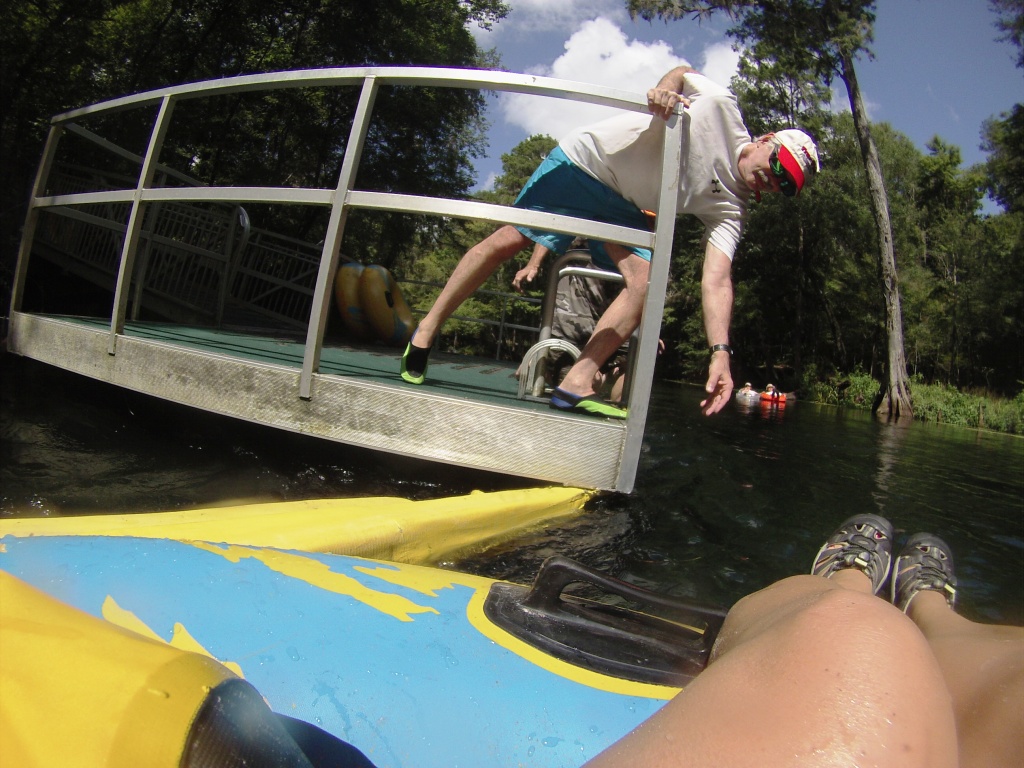 View additional photos from my float on the Ichetucknee River on my Flickr stream.

Disclosure: As an attendee of the Florida Outdoor Writers Association annual conference in Aug. 2015, my trip on the Ichetucknee was complimentary and this post contains affiliate link. All opinions are my own.