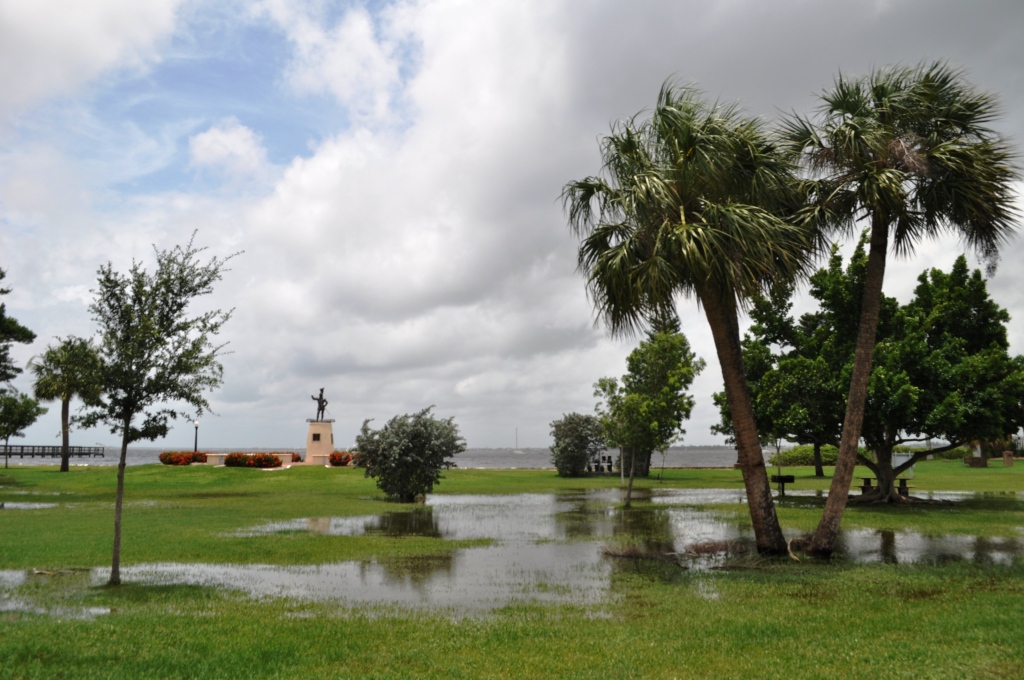 Between the raindrops and wind bands, I’ve been moving from my apartment to new home for the past week. Tropical Storm Debby hasn’t made it easy and caused me to cancel a Central Florida appointment Monday evening. *sigh* Here in Southwest Florida, looks like Debby’s deluge dumped much of its wrath on the City of Punta Gorda in the form of flooding. 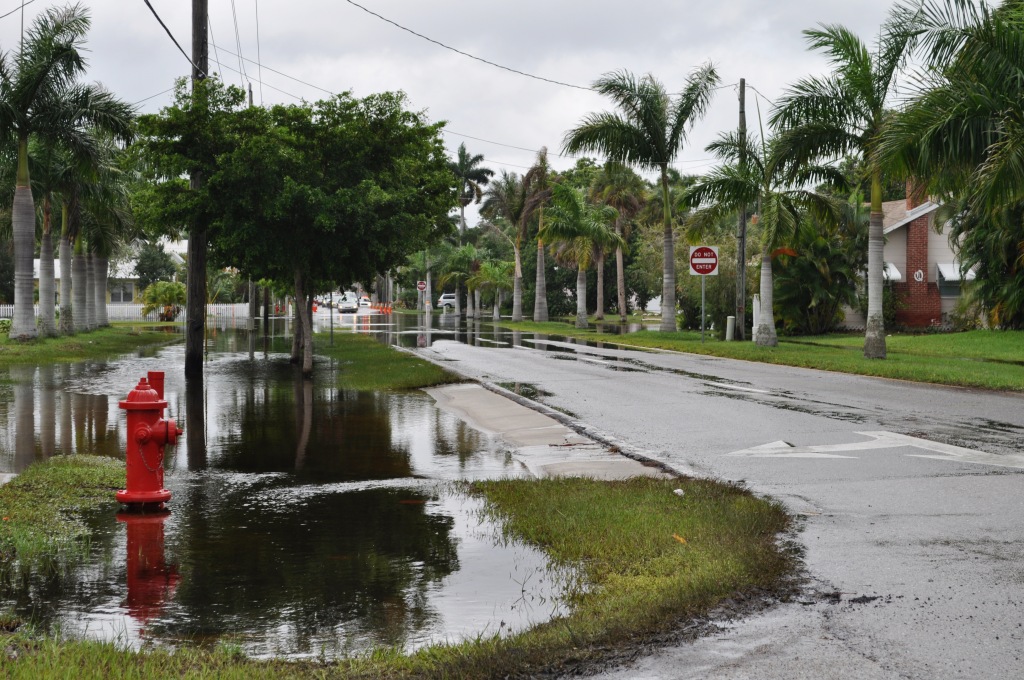 I took a quick drive through downtown Punta Gorda yesterday to see what exactly had happened. The sun was shining which didn’t make things seem so bad. Actually, they aren’t that bad and businesses are open. Several Punta Gorda streets have turned into canals and are closed but it’s still navigable. Charlotte Harbor’s high tides haven’t helped things. (Here’s a release from the City of Punta Gorda listing street closings.) 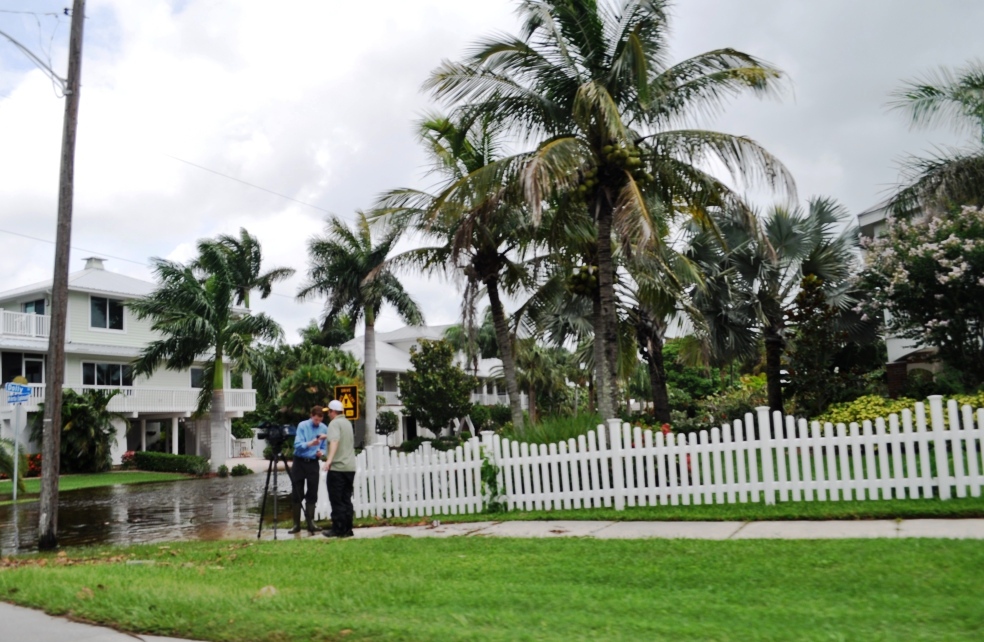 TV Reporter Finding the Wettest Section for His Story

As for my new digs, I’m in a 500-year flood zone and my home is on a little hill. Fingers are crossed it’s not time for that 500-year flood. 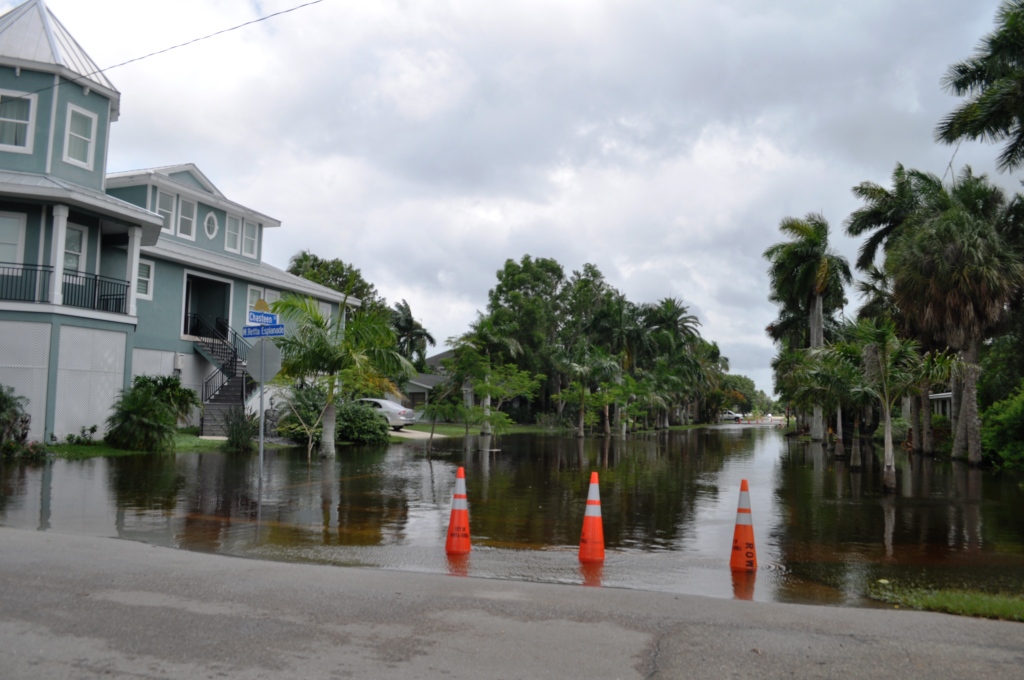 Chasteen is One of the Punta Gorda Roads Closed

I’m hoping to return to a normal living groove by this weekend.

How are you holding up with Tropical Storm Debby?