Sharing Circus Sarasota with the Parents 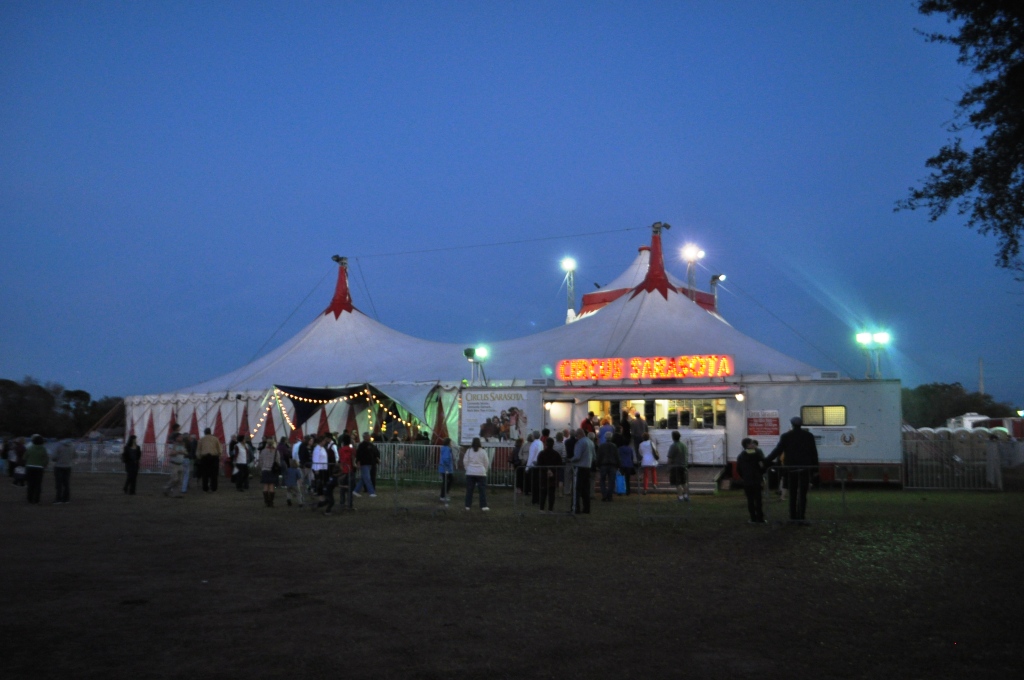 “Ladies and gentlemen, boys and girls and children of all ages…”

It’s been a long, long time since I last attended a circus, although I saw Cirque du Soleil’s La Nouba a few years ago, and after hearing of daredevil Nik Wallenda walk the high wire above Sarasota last month, I immediately decided taking my parents to Circus Sarasota during their February visit was a must. 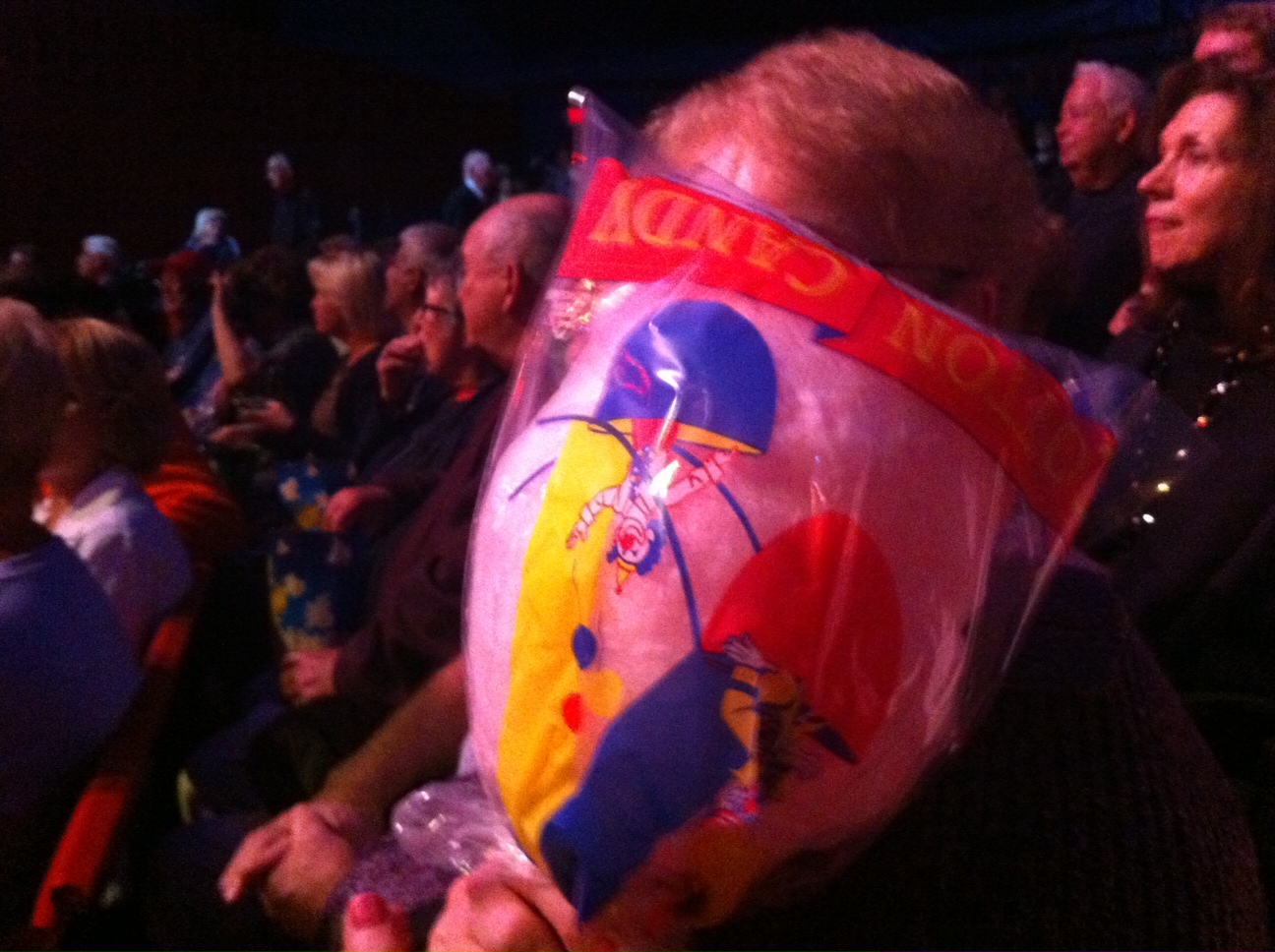 On a Friday night, circus energy intensified as we walked closer to the European-style circus tent. It was just like what I remembered when I was a kid, clowns and performers outside greeting excited visitors and children of all ages.  Concession stands inside sold souvenirs including pretty ones with colorful lights spinning around and traditional circus fare as cotton candy and popcorn. Our ringside seats ($41 each) offered a fantastic view of the dazzling one-ring spectacle. The evening journey began with acrobatic riders atop horses and continued with people doing seemingly easy things pretty incredibly ranging from juggling to a ventriloquist and quick-costume changers to canine tricks.

I’m being sarcastic with the “seemingly easy” statement. Juggling seems like a pretty easy thing to learn, right? How about synchronizing the balls to play a recognizable tune on a keyboard? Or tossing a ball and timing it to catch it in a back pocket? Go ahead, try it. It’s not so easy. Olga and Vladimir Smirnov were truly incredible with their quick-change routine featuring Olga changing outfits at least every 30 seconds or so for three minutes. It was such a fun illusion seeing the duo dance and almost instantly pop into another outfit, leaving me thinking every time, “How’d they do that?” Here’s a YouTube video of the duo. Cool, right?

The show also included what I call the feats of strength acts, those performers who can do amazing things with their bodies, such as stand on one arm or lift another person while bending over backward on a chair. I’m lucky if I can do a dozen pushups. It was incredible seeing those masses of muscle almost dance in beautiful yet strong performances. Makes me want to pump some iron! I won’t lie. My original intention was to see Nik Wallenda perform in person because I’m probably the last person in Sarasota County to do so and for a gal on the quest for bragging rights, I needed to fix that. High-wire is a family affair with the Wallendas as Nik was joined by his wife Erendira Vazquez Wallenda, his sister Lijana Wallenda Hernandez and his cousin Blake Wallenda. Let me tell ya, they had me on the edge of my seat as they walked and biked across the high-wire.

Not only did they just walk, but with Nik and Blake on bikes, one of the gals sat in a chair on a pole carried by the two! She then stood up.

Did I mention there were no harnesses or net? Following the show, the Wallendas signed autographs and smiled for photos. A night with Circus Sarasota exceeded my expectations with the quality and professionalism of the acts. Judging by the smiles surrounding me, everyone else enjoyed their night under the big top, too.

Visit their website (www.circussarasota.org) to view their upcoming performances and learn about their outreach programs of Laughter Unlimited, Big Top Education and Sailor Circus. Ever dream of being a circus performer? Check out the flying trapeze class or aerial gym classes Circus Sarasota offers.

If you could run away and join the circus, which act would you perform?