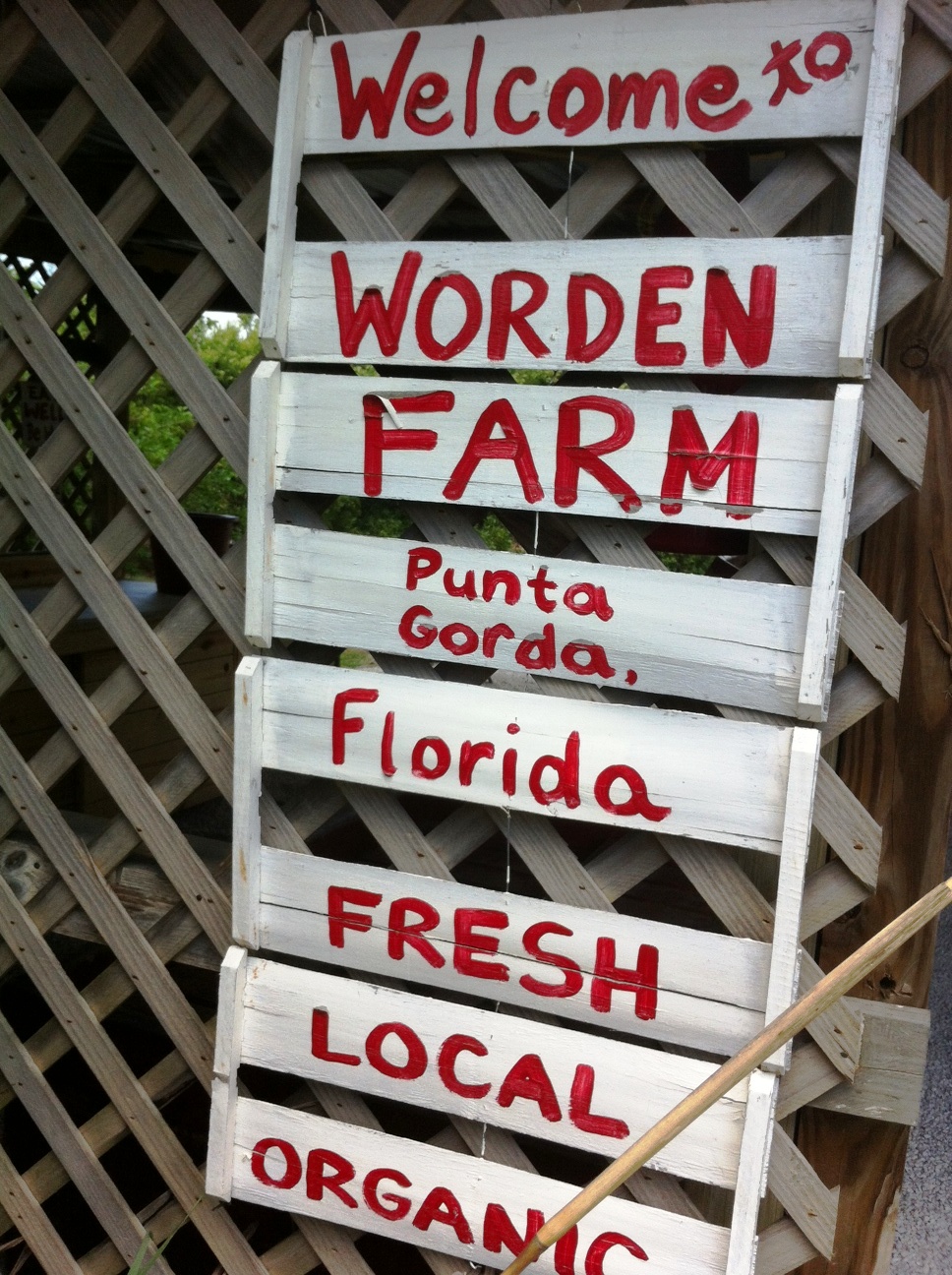 I’m writing this post after gobbling up my homemade dinner based on a lentil sprout saute recipe created by Sarasota chef Vicki Chelf. How was it? Mmm, mmm, mmm. Delish if I say so myself.

And, pretty easy and quick to make but as Chelf mentioned during Saturday’s workshop at Worden Farm in Punta Gorda, Fla., it sometimes takes a little bit of planning when preparing vegan meals. Meaning, sprouting lentils takes a couple of days.

Anyone who knows me knows I’m a carnivore and that probably won’t change but having seen Food, Inc. and learning more about  where our food comes from (Do you know how many of our vegetables are genetically modified?) and how it’s processed (Do you know how many different cows can be in a hamburger?), the more I’m interested in a vegetable-based diet.

Plus, since I’m aging I know I need to lose weight and control things as cholesterol-lowering-info and sugar levels. Doing it naturally makes more sense than synthetic medication.

So no, I’m not going vegan but trying to make smarter nutritional choices. 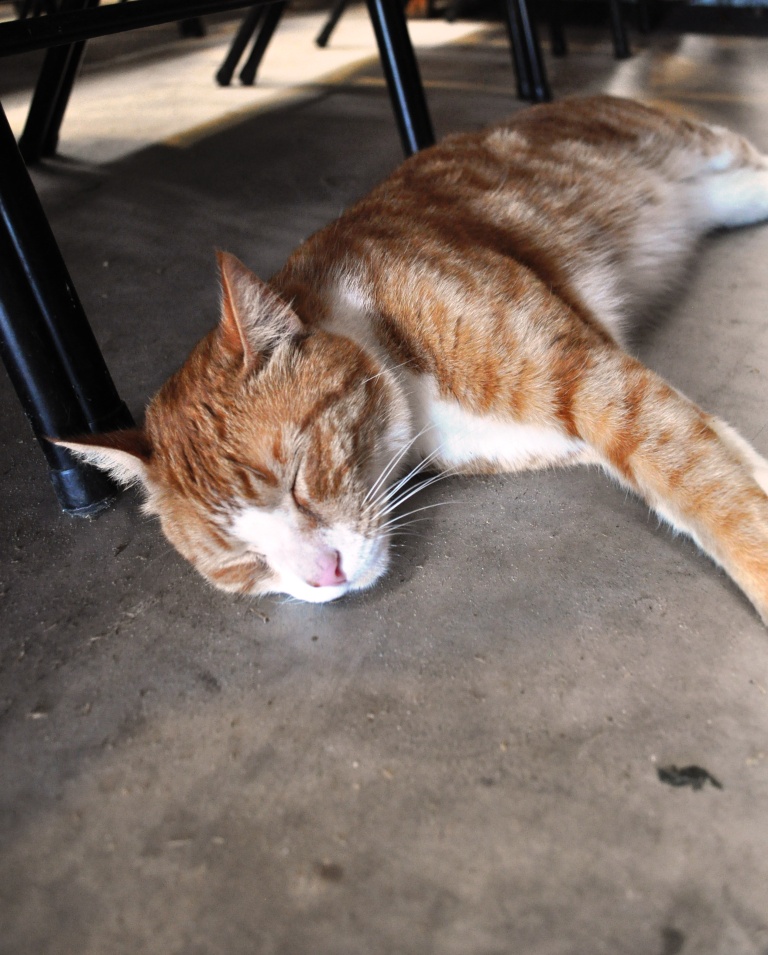 Last December I participated in a workshop Chelf conducted in Sarasota and learned how to prepare holiday hor d’oeuvres and desserts. Impressed with the class, I signed up for a January “Introduction to Vegan Cooking” workshop however, my appendicitis got in the way and had to cancel my attendance (and did so via Twitter). The good folks at Worden Farm let me use that credit for a future class which was Saturday’s “Vegan Meals in 20 Minutes.”

During the three-hour workshop, Chef Chelf demonstrated how to make six entrees in 20 minutes. All recipes she shared are in her book, Vicki’s Vegan Kitchen, but she improvised when necessary. As she explained in December’s class, “If you’re not too much of a perfectionist, it will go better,” meaning, if you don’t have the exact ingredients, don’t sweat it and work with what you have.

All of the meals were delicious and seemed relatively easy to make. Of the six meals she prepared, I’ve since cooked two, “lentil sprout sauté” and “split red dal” however, I didn’t have the exact ingredients and did as Chelf would. I rolled with it. Since these are plant-based meals, portion sizes are hefty and filling. 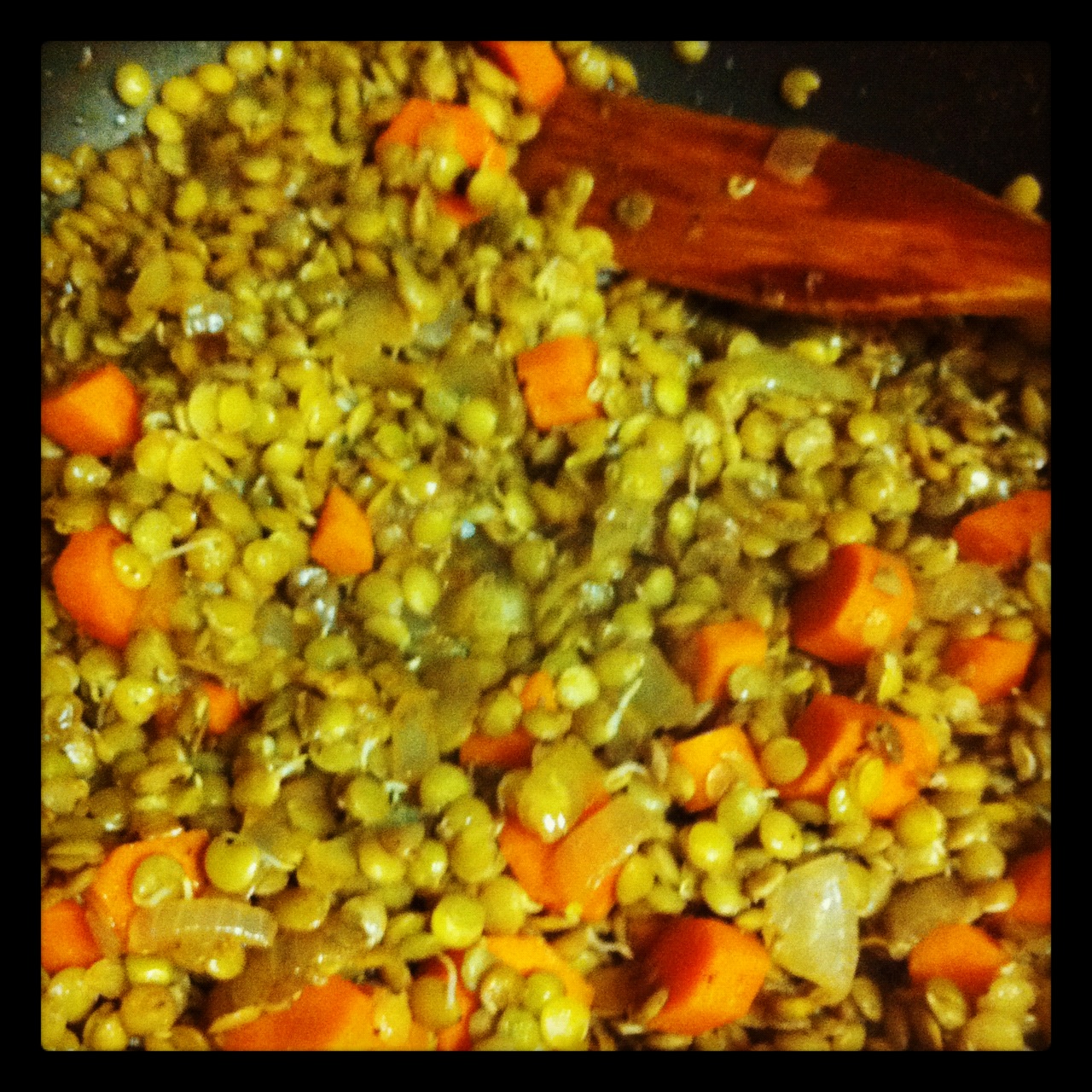 1 tablespoon Newman’s Own Balsamic Vinaigrette Dressing (Chelf’s recipe called for balsamic vinegar and since I didn’t have any on hand, I used this and not sure if this disqualifies the dish as vegan)

Sprigs of parsley for garnish

1. Three days in advance sprout the lentils by rinsing, picking through (for little stones) and soak one cup of dried lentils in three cups of water overnight on the counter. Next day, drain and rinse the lentils then return to the counter without water. Repeat each day until the sprouts are at the desired length then place in the refrigerator to slow down the growing process. (Here’s an article with more information about sprouting.)

2. Heat olive oil in skillet and add onion, garlic and ginger until onion is translucent.

3. Add carrots and lentil sprouts and cook covered for 2 to 3 minutes. If necessary, add 2 to 3 tablespoons of water so veggies don’t stick to the pan.

4. Add spices including vinegar (dressing) and season to taste. Cook for about five minutes covered then serve with the parsley garnish.

Chelf’s recipe has a few more spices and vegetables and my recipe is based on what I had on hand.If you try it, let me know how you like it.

Another cookbook I’m excited about is called Eat Vegan on $4 a Day by Ellen Jaffe Jones. Have ya read it and tried any of their recipes?

Although winding down for the season, check out other happenings at Worden Farm. Chelf is in the process of publishing a new website so be on the lookout for that and her future classes.