H is for Hob Nob Drive In, Sarasota, Florida 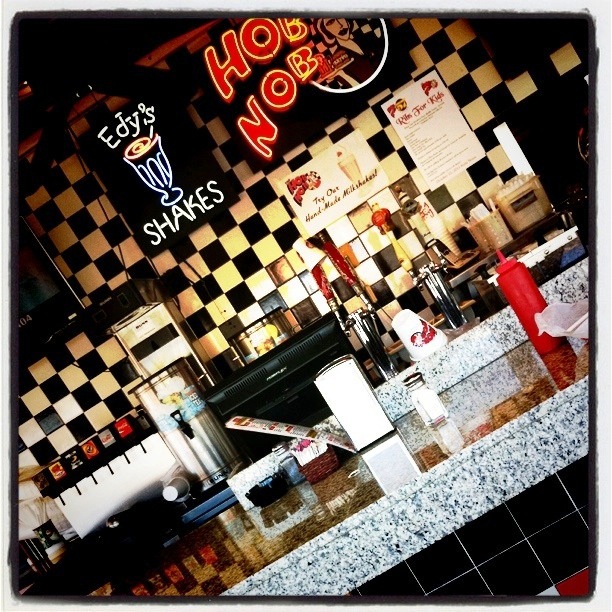 Grab a Burger, Rings and Shake at the Hob Nob Drive In, Sarasota, Fla.

I have a weakness for thick-sliced, golden, crisp onion rings and recently discovered simply divine rings at Sarasota, Florida’s Hob Nob Drive In. The exterior melted in my mouth while the onion slice was tender and juicy. Perfection!

Of course, the cheeseburger isn’t too bad either. Established in 1957, the Hob Nob Drive In is a Sarasota institution with its open-air seating, black and white checkered-tile and diverse clientele. 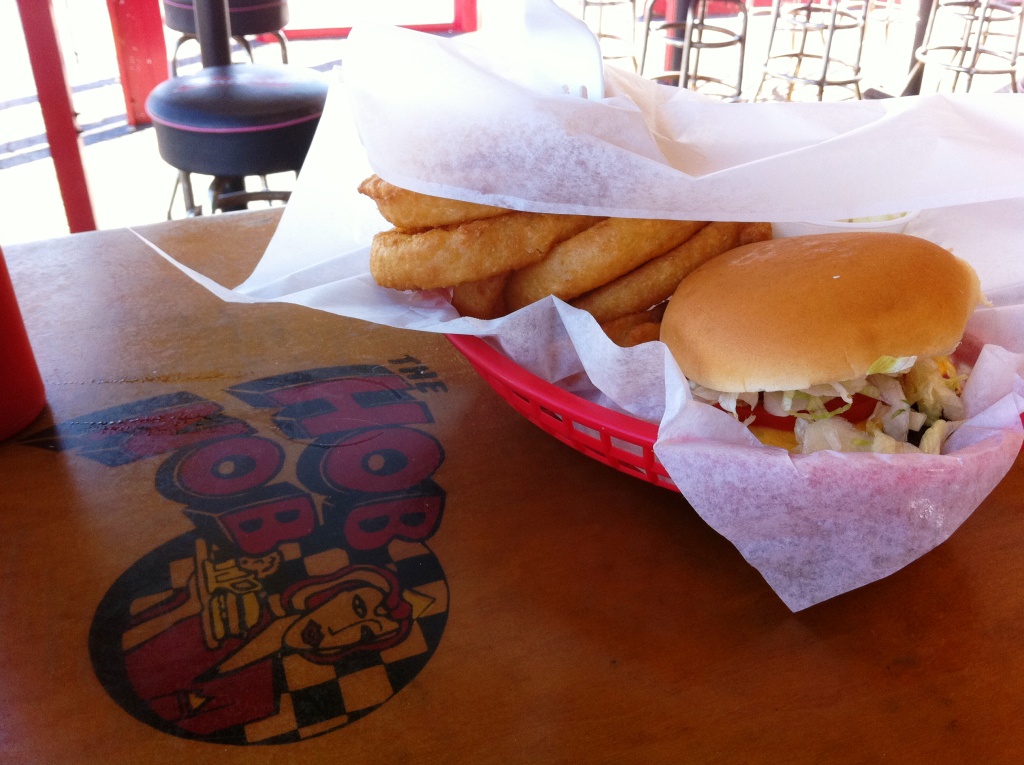 Cheeseburger and Onion Rings at the Hob Nob Drive In, Sarasota, Fla.

Located on the corner of U.S. 301 and 17th Street, the city’s oldest drive-in serves up hand-made milkshakes, juicy hamburgers, and 1950s nostalgia with black and white stripes outside, black and white tiles around the main seating area and pop of fire engine red on the restaurant’s exterior.

The Hob Nob appeals to a variety of diners. Pony up to the bar and find yourself sitting next to a businessman in a suit on one side and a biker with a leather jacket on the other.

In addition to hamburgers, cheeseburgers, fries and rings, the eatery serves up breakfast beginning at 6 a.m. Adult beverages of beer and wine are available but bring out the kid in you with a thick milkshake.

My cheeseburger basket with onion rings with slaw along with a soda came to less than $10 with tax.

Should you find yourself in Southwest Florida, roll on over to the Hob Nob for a slice of Sarasota life.

The restaurant is open Sunday through Thursday, 6 a.m. to 8:30 p.m. and Saturday and Sunday 6 a.m. to 9 p.m. for both dining in and taking out. But dining in is way more fun!

This post is part of the 2012 Blogging from A to Z Challenge. Check back daily for a different letter!