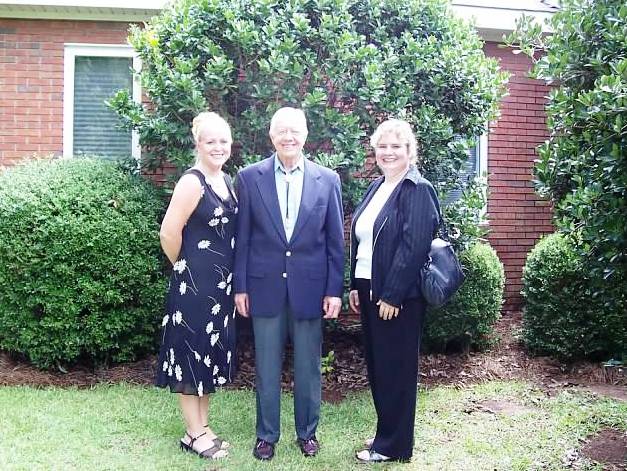 Historical buffs and weekend warriors can learn how one person can make a difference, survive as a prisoner of war and attend Sunday School with a former President less than a three-hour drive from Atlanta. Americus, Andersonville and Plains are hidden gems found along Georgia’s Presidential Pathways.

Andersonville
A small, cave-like, dark room illuminates with a flash of light. More than three dozen rifles are pointed towards the center of the room, aiming at the head of the visitor standing in the middle. The eerie display at Andersonville’s National Prisoner of War Museum gives visitors the feeling of being a prisoner of war.

During the Civil War, Camp Sumter, as Andersonville NHS was officially called, held 45,000 Union soldiers during the 14 months it was opened. Today, Andersonville NHS serves as a memorial to all American prisoners of war throughout the country’s history.

The cemetery began burials in 1864, initially as a place of rest for military personnel who had died at nearby prisoner of war camps. In 1865, Andersonville National Cemetery was established as the final resting place for all military personnel. Today, any person who has served in the military and received an honorable discharge is eligible to be buried in the cemetery.

The non-profit organization depends upon volunteers to build homes for those who cannot afford them. Former President Jimmy Carter is the organization’s most famous volunteer, first becoming involved in 1984.

Opened in 2003, the Global Village & Discovery Center provides visitors a look into HFHI’s world-wide work. Travelers learn about world poverty conditions and the projects HFHI is involved in along with seeing how houses are constructed including trying their hand at molding bricks. 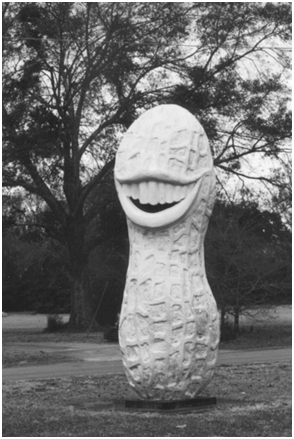 The 13-foot-tall Presidential Peanut in Front of the at Davis E-Z Shop in Plains, Georgia

Plains
Plains is a 15-minute drive from Americus. Just over 700 live in the town but it’s full of bold American pride sparked by hometown hero Jimmy Carter, 39th President of the United States.

The Jimmy Carter National Historic Site highlights various parts of the Carters’ lives. The Boyhood Farm shows how the Carter family lived during the 1930s and detailed narration is provided by Carter through pre-recordings.

The Plains High School Museum and Visitor Center is where Carter, and wife Rosalynn, attended grammar and high school. The facility showcases the couple’s pre- and post-presidency lives. The nearby Seaboard Railroad Depot was converted into the Presidential campaign headquarters.

The most unusual site in Plains is the giant peanut. Supporters of Carter’s campaign crafted the large peanut from wooden hoops, chicken wire, aluminum foil and polyurethane. It was sent to Plains as a gift and sits in a parking lot of the Davis E-Z Shop for visitors to enjoy.

Other Plains sites include Billy Carter’s former gas station and stopping at the antique mall for lunch, browsing through the shops and seeing the Plains Historic Inn. The Carters helped develop the Inn, which sits above the Antiques Mall on Main Street and features seven suites, authentically furnished from the 1920’s to the 1980’s.

Most Sundays throughout the month, the Carters teach Sunday School at Maranatha Baptist Church and everyone is welcome to attend. The church opens at 8:30 a.m. with Sunday School starting at 10:00 a.m. Depending on the time of year, the church pews fill up quickly. It’s advisable to arrive early in order to secure a seat. Church service follows and the Carters usually stay after to take photos with visitors.