Home » Florida Fun » Feeling Young at The Villages, A Not So Sleepy Florida Retirement Community

Feeling Young at The Villages, A Not So Sleepy Florida Retirement Community 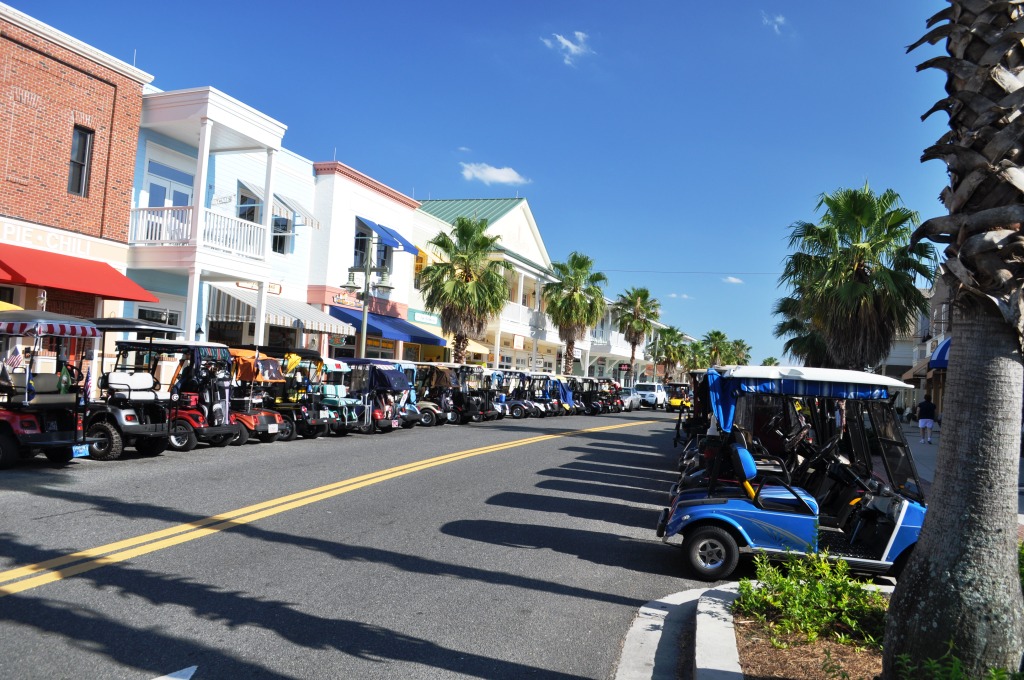 The Villages in Florida, Ain't Your Grandma's Retirement Community

I felt like a pretty young thang walking around downtown of The Villages the other night. I had assumed this 20-acre planned Central Florida retirement community would be a sleepy little village, similar to the well rated Hermitage nursing home in Richmond Virginia. Boy, was I wrong. Steps away from my hotel, The Waterfront Inn, a Town Square was hopping with dancing gray-haired men and women moving and grooving to a live band belting out tunes ranging from The Beatles to Michael Jackson. In each of the square’s corners was a little shack serving adult beverages and snacks and a sign read “A Party Every Night.” The Villages calls itself “Florida’s Friendliest Hometown” and I could see why.

“Oh yeah, all we do is sit in our rocking chairs and listen to the music,” one of the female residents told me the next day. “We like to party!”

It was about 5 p.m., certainly when the sun sets they’ll settle down, right? Not so. The Villages reminds me a party resort destination where it’s spring break every night. When I checked into my hotel earlier in the afternoon, I thought it was quiet. Too quiet in fact and I felt sorry for the restaurant and lobby bar which sat empty. Fast forward to just shy of 9 p.m. and the lobby was jamming with dancing and music so loud I couldn’t hear myself think. A business trip led me to The Villages for a 24-hour visit and although I only sampled a very small portion of the community, I was surprised at how vibrant it is. In addition to the playful vibe, I could not stop admiring the variety of golf carts zipping all over the place.

Some towns have bicycle lanes, in The Villages, there’s a separate golf cart lane. And these ain’t your grandpa’s carts, these are souped up with everything from pink leopard-print fuzzy dice and license plates representing their home states to fins and car hood ornaments, some looked like mini-muscle cars. Rather than grabbing their best girl and cruising with the top down, they grab their best woman and zoom around in their carts going from point A to point B, which sometimes involves a golf course.

Life seems good in The Villages offering just about everything anyone could want in addition to rest and relaxation. It is a little too planned for my taste, almost on the side of Stepford with everything looking new and cookie-cutter. But, it is very nice and well kept. As for the men, I garnered more second-looks and smiles than I have the whole entire time in Port Charlotte. I have to remember I live in a community that’s been rated one of the 10 Worst Cities for Singles (according to the article, “Four in 10 adults are unmarried” and four in 10 are over age 62) and it’s my understanding The Villages has more single people. The New York Post calls it a “widower’s paradise” which is probably why The Villages is reported to have a high concentration of STDs – a bunch of active single people who don’t have to worry about getting pregnant.

I’m guessing my retirement road won’t lead me to The Villages but I hope I’m as active and vibrant as many of its residents.