What Have You Damaged in a Hotel Room?

Home » Grab Bag » What Have You Damaged in a Hotel Room? 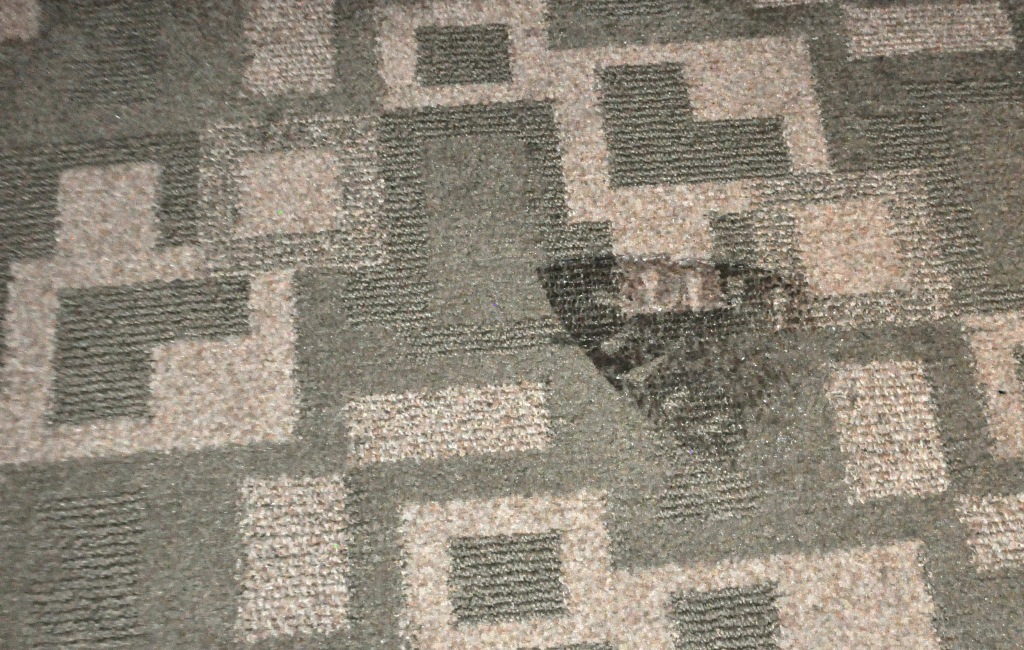 What have you damaged in a hotel room? If it hasn’t happened to you already, someday it will. Oh, trust me. No matter how careful you are, some little mishap will happen and you may have to pay the price.

Recently I checked into a hotel room and while admiring the recent soft-good updates (that’s hotel lingo for linens, chairs, etc., for those not in the industry), the triangular pattern in the carpet caught my eye. It’s a pattern I’m too familiar with, a not-so-unique impression made when a hot iron melts the man-made fabric.

Wrinkles Are In! Or So I Thought.
During my Yellowstone days back in the early 1990s, the iron was my nemesis. I was living and working in the middle of a national park yet responsible for ensuring my polyester tan skirt was wrinkle-free. The challenge was, clothing irons weren’t provided and I didn’t pack one because I opted to pack a tent, water bottle and hiking boots rather than an iron. The front desk manager was a stickler for details (which today, I’m thankful because I learned a great deal from her) and even sent me back to the dorm one day to get the wrinkles out. 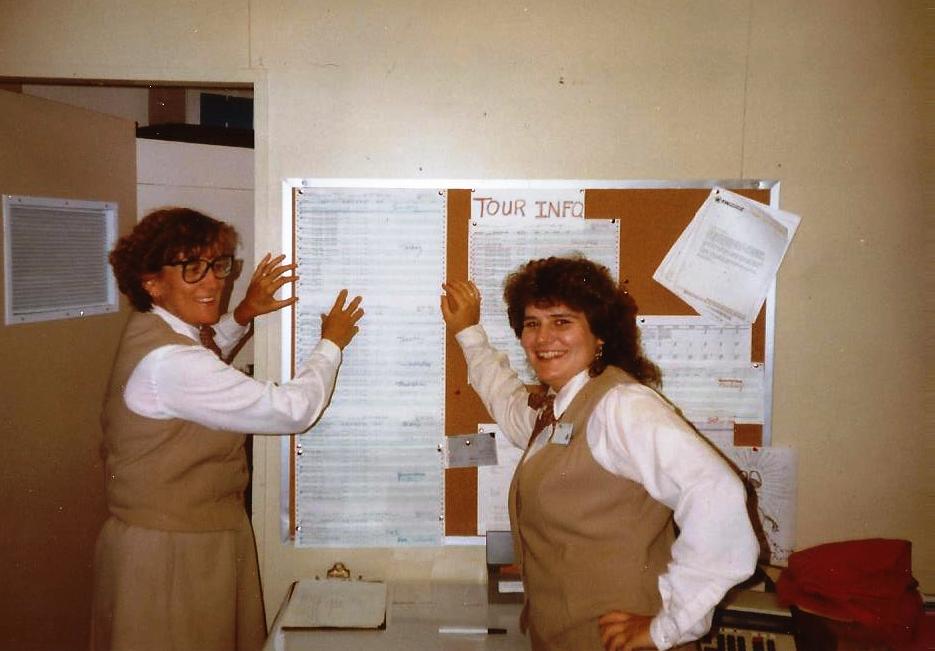 That’s me on the right and my roommate Madge on the left in our fashionable, brown, wrinkle-monster polyester uniforms as group tour clerks at Canyon Lodge in Yellowstone National Park. We were stylin, right? Summer 1991

Related: So, You Want Work in Yellowstone National Park? Here’s What to Expect

“Wrinkles are in!” I protested to my roommate and coworker Madge, who didn’t empathize. Somehow, she knew the secret for preventing wrinkles.

Realizing I couldn’t win in the wrinkle battle, I eventually did the responsible, adult-thing and packed an iron for future seasons which proved useful. I accepted a position in front desk management one summer which meant I graduated from the polyester tan uniform to real clothing.

Tip: Vinyl Chairs Aren’t Ideal Ironing Boards
One season I was a front office trainer which meant traveling around Yellowstone training and opening various front desk operations. While at Grant Village before training, I began ironing my favorite white cotton button-down blouse, which I wore with a set of nifty buffalo nickle button covers, but without an ironing board, I used what I thought was the next, best thing. The brand new vinyl chair.

Almost immediately when I placed the hot iron on my white blouse, there was some resistance. I couldn’t glide over the blouse because the iron was stuck.

Then there was smoke.

Panicking, I quickly removed the iron to see a brown imprint – in the shape of an iron – on my shirt. My next brilliant move was to run to the window, throw open the drapes and open the window to let the smoke out.

Did I mention I was only wearing my undergarments?

When I realized what I was, or wasn’t wearing, I closed the drapes and returned to my blouse which apparently was enough time for the vinyl to meld perfectly with the blouse. But, I didn’t realize this until I quickly pulled the blouse up which peeled off a triangular section, the size of the iron, from the chair’s vinyl covering.

Ugh! (Okay, that wasn’t the word going through my head but I like to keep it at least PG around here.)

That was some serious damage. I attempted to peel the vinyl off my shirt and although most of it came off, a thin, tan layer remained in an outline of an iron.

I contemplated whether I should say anything about the damage I had done or if I should just check out without saying anything.  Doing the responsible thing, I found the courage to let the hotel’s location manager know what happened.

Is he going to be mad?

Will I need to pay for the chair?

These were the thoughts running through my head.

After I confessed my domestic engineering error, I waited for the fallout.

The manager smiled then laughed.

As for the iron-imprinted blouse, I continued to wear it but made sure I wore something over it to hide my mishap. Each time I washed it, there was less and less evidence of what had happened until eventually, like four or five years, it was totally gone. Hey, I really liked that blouse!

From then on, I learned to iron atop a towel on either a table or the floor when an ironing board wasn’t available.

So let me ask again, have you ever damaged anything in a hotel room?

Can Can You Do With An Iron?
PS: During my Yellowstone days my friends and I found other uses for the iron and hair dryer. We made grilled cheese sandwiches with the iron and used the hairdryer with a diffuser to melt cheese atop tortilla chips for nachos. I tell ya, that grilled cheese was the best I’ve ever had – light and crunchy on the outside and warm and gooey on the inside. Where did the cheese come from? We stockpiled them from our box lunches. They were prepackaged to last a million years or so. Oh, how I long for those good old days.