NASA Tweetup: Remembering Anything is Possible 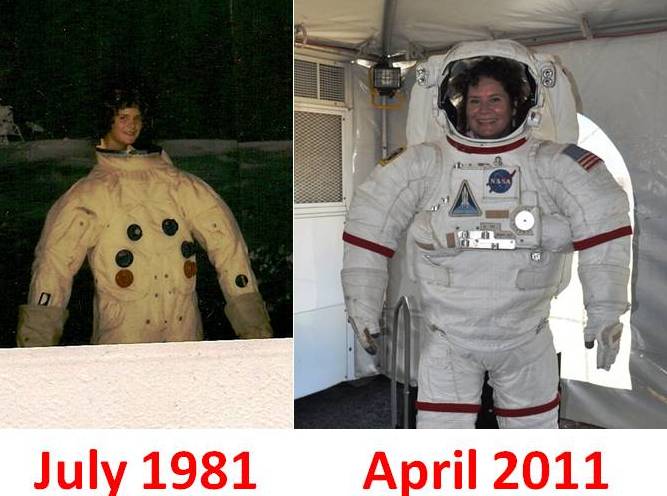 Those who have joined me on this journey of participating in the NASA Tweetup (April 28 & 29, 2011) know the sentimental meaning of attending and potentially seeing a space shuttle launch. Short story is, my grandparents introduced me to the space shuttle program during summer vacation in 1981 with a visit to the Kennedy Space Center. Since moving to Florida in 1997, for a variety of reasons, I have yet to see a shuttle launch.

Attending the NASA Tweetup last week allowed me to get closer to a launch despite it being scrubbed. I heard from NASA engineers, scientists, astronauts and other staff. They all oozed with optimistic and genuine enthusiasm for the space program and NASA. I was able to see the shuttle on the launch pad, even though it was just shy of 3 miles away. By association, I feel more connected to Endeavour and the space program.

I also keep remembering the messages many of the NASA presenters reiterated: never give up, follow your dreams, be persistent, and anything is possible. While growing up, I was surrounded by those messages but somewhere along the way of becoming an adult, I traded dreams for contentment.

Perhaps the most important take away I’ve brought home is embrace your passions and don’t let go.

I have two more opportunities to see a shuttle launch. When Endeavor’s launch date is set, we STS-134 Twitterers will be invited to return. I’m hoping I’ll be able to attend…

…Wait. Switch that and think positive because anything is possible. I will be attending the launch of space shuttle Endeavour.