What Scary Thing Did I Do Last Week? Fire a Daisy B.B. Gun Pistol

Home » Featured » What Scary Thing Did I Do Last Week? Fire a Daisy B.B. Gun Pistol 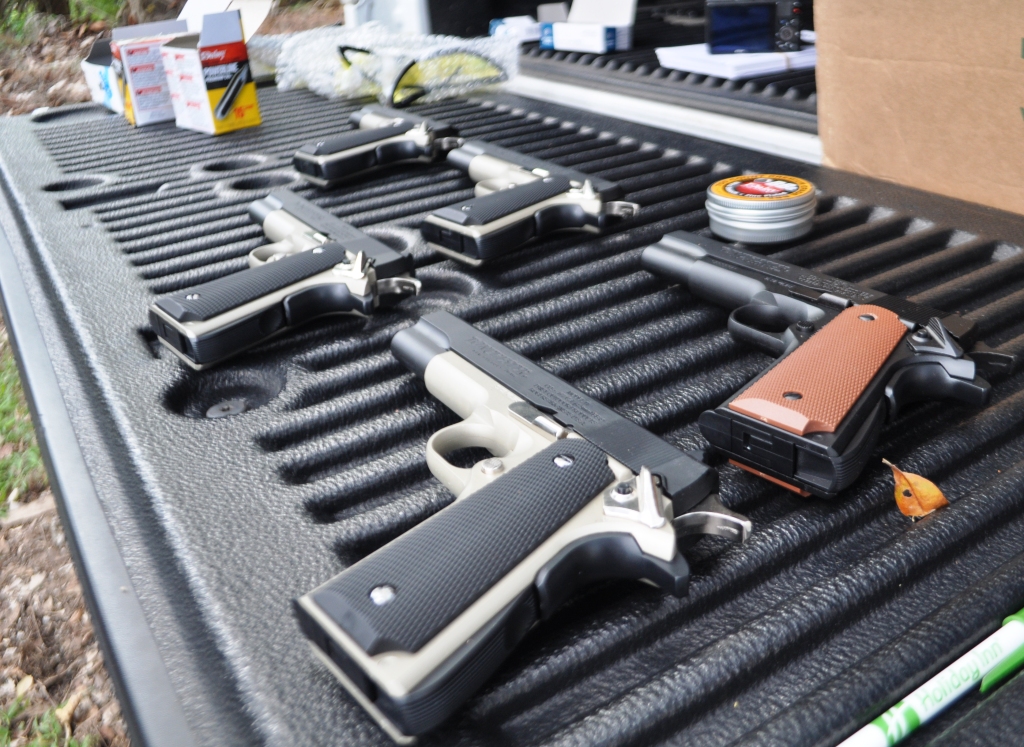 Collection of BB Gun Pistols Provided by Daisy During #FOWA2014

Eleanor Roosevelt challenged us to, “Do one thing every day that scares you.” I love a good challenge and being scared can be, well, pretty scarey, so I’m not necessarily up for doing it everyday. When I get a chance to do it, I do.

I attended the Florida Outdoor Writers Association Annual Conference  held at the Plantation on Crystal River last week and being an introvert, walking into a room of strangers is pretty scary. Luckily, I’ve been a member of the organization for a long time I could easily find people I knew and ease my fears. 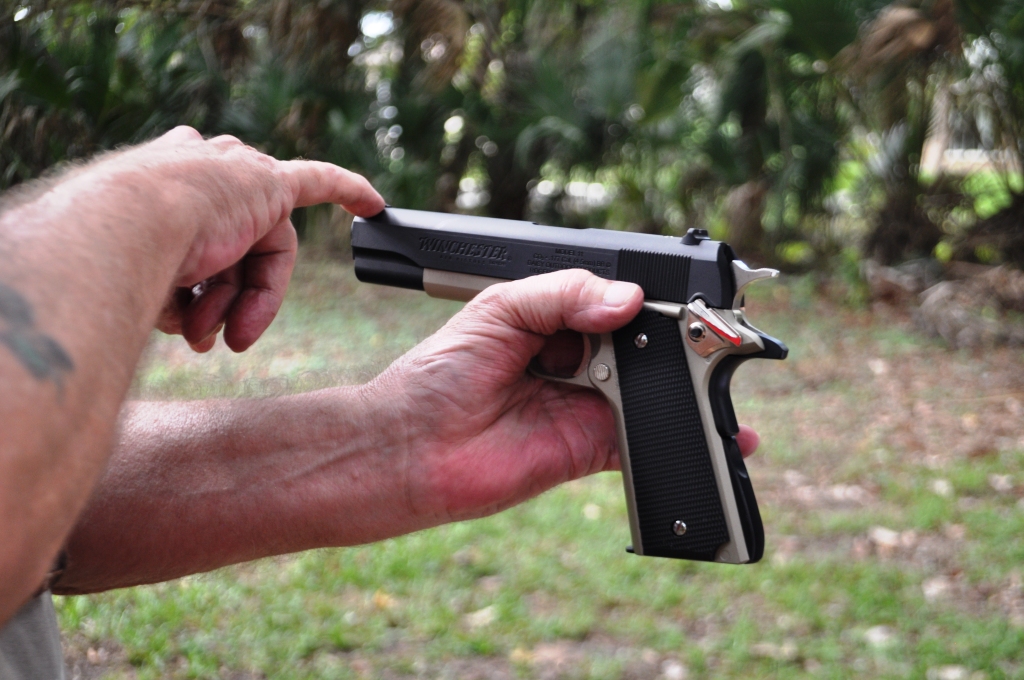 My scary thing was holding and firing a pistol. Okay, it was a Daisy B.B. gun pistol, but still, it was a bit intimidating because it could injure or even kill someone.

Growing up I had minimal experience around guns. A neighbor was a game warden and it seemed as though all the boys in the neighborhood were hunters. One of my favorite high school memories was firing rifles from the neighbor’s second-floor bedroom aiming at rotten vegetables in the backyard.

We had guns in our home in which I rarely, if ever, touched them. A shotgun in which my dad used to shoot woodchucks and rabbits found munching in the garden. Occasionally, a rabbit ended up on the dinner table complete with pellets. The closest thing to a pistol I’ve held was a starter gun used at track meets. It was in a dresser drawer in one of our bedrooms and looking back, it was pretty stupid the way we kids played with it. 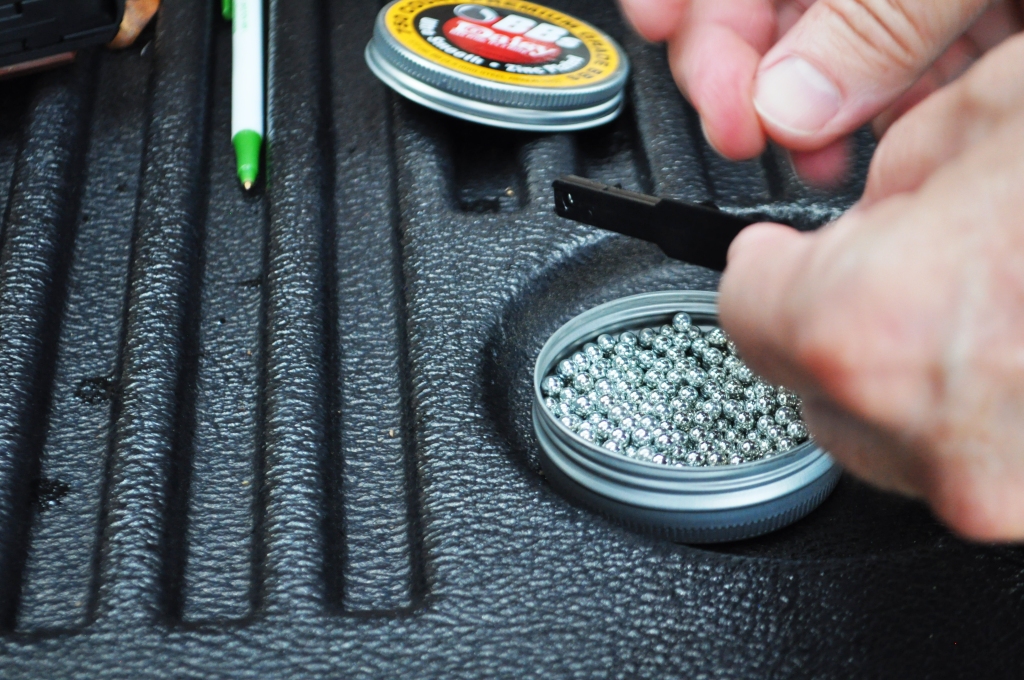 B.B.s for the Guns

I’ve been considering purchasing a firearm but haven’t pulled the trigger. If you asked me five years ago if I would consider owning a gun and I would have said, “Absolutely  not.” The beauty of attending these outdoor conferences is I’ve been educated on many things not typically in my day-to-day life. Coupled with searching out my own news and forming my own opinions on what impacts my life, I’ve been leaning toward gun ownership.

Being able to try B.B. guns Daisy  supplied during the conference was a step in determining if I’m comfortable holding and eventually possessing a firearm.

Holding the pistol, I was flushed with an overwhelming sense of responsibility and power. I quickly learned to keep my finger off the trigger, whether the safety was on or not. 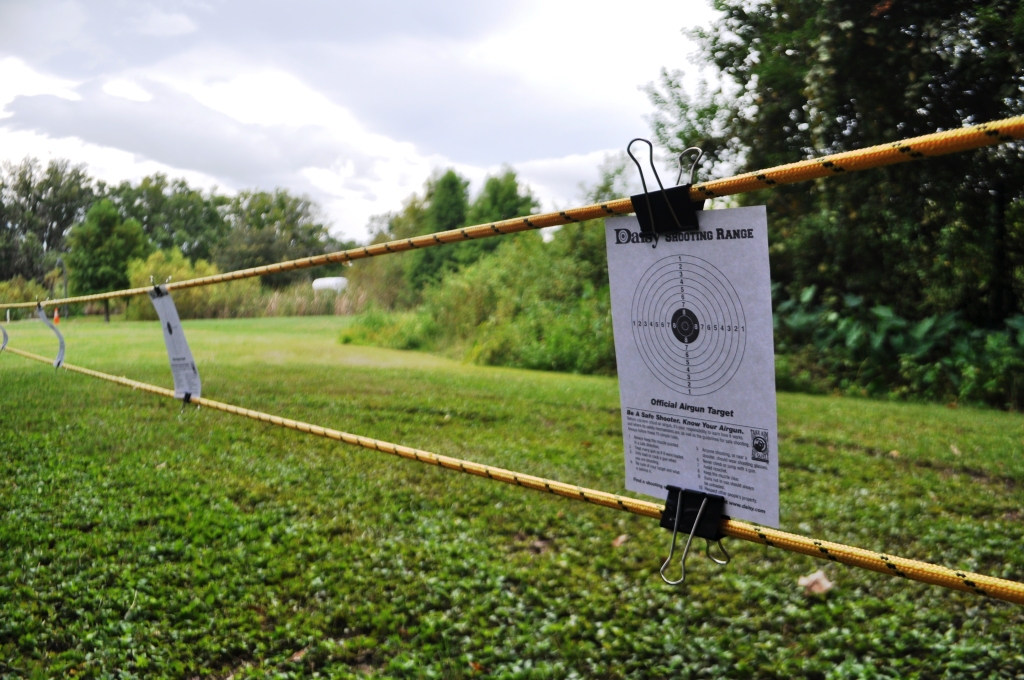 After receiving a thorough explanation on how to shoot the gun, I was ready to hit my target. I think I hit the target at least half the time and the more I fired, the more comfortable I became with the gun.

Considering it was my first time, I’m not ashamed of my results even though I was out-shot by a young girl and by young, I’m guessing she was about 10 years old. More power to her. 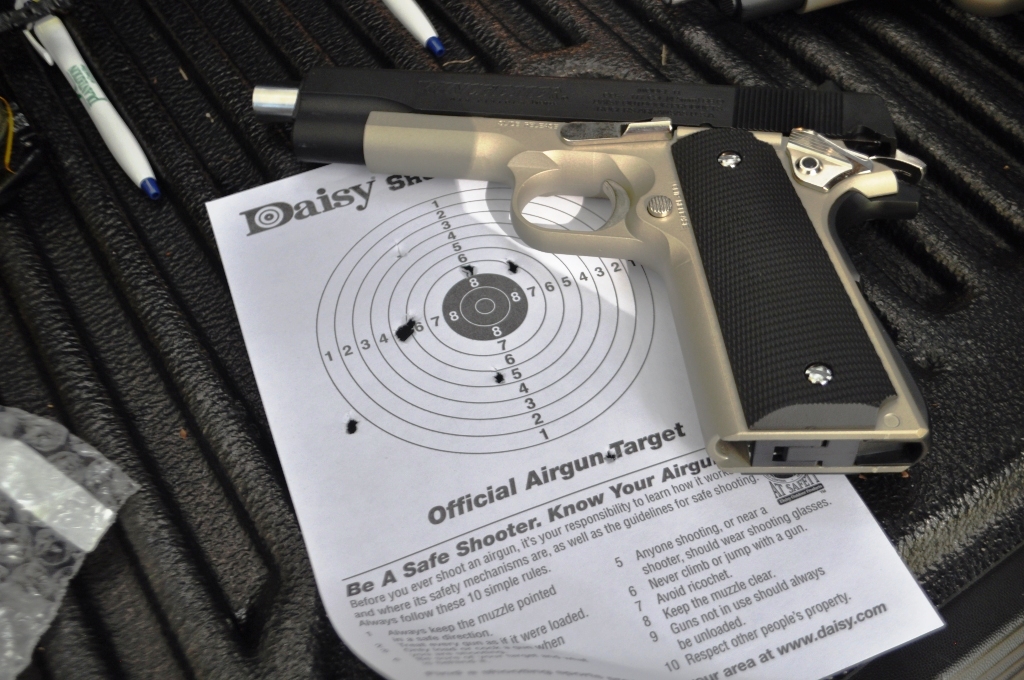 Not Bad for My First Time, Right?

Am I ready for the responsibility of gun ownership? Maybe I’m ready for a B.B. gun. One thing’s for sure, this exercise has made me less intimidated to hold a gun.

What other scary things have I done? Read my top scariest moments of 2013.