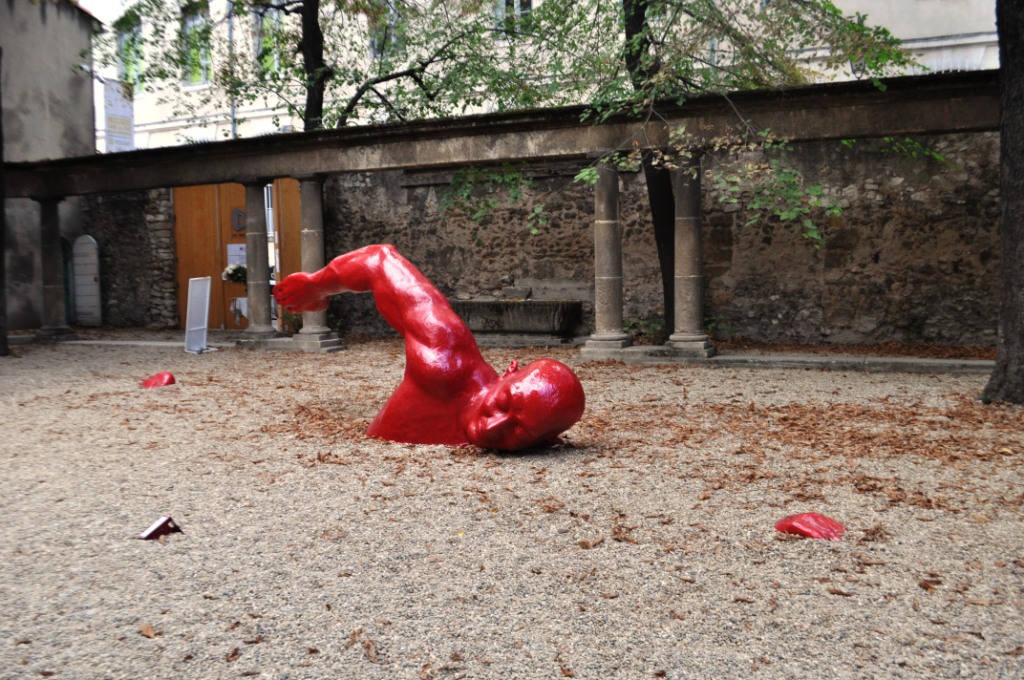 Standing on the steps of Hôtel de Gallifet in Aix-en-Provence, Mr. Nicolas Mazet welcomed the group and me to his gallery. Only a Frenchman could pull off wearing a lavender button down shirt and lavender slacks. His silver hair – although he looked too young to have silver hair – danced in the light breeze as he explained how the mansion was built during the 18th century when people expressed their wealth with grand houses. 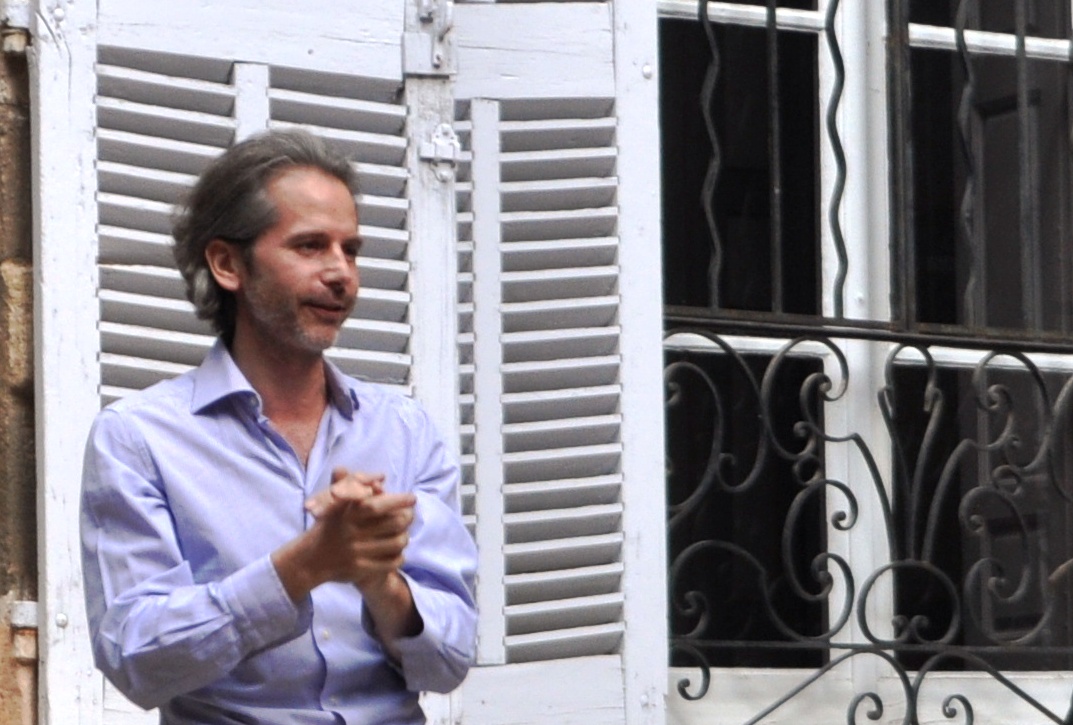 Rhythm in Aix-en-Provence
Nicolas’s grandfather purchased the home and his grandmother told him 19th century post-Impressionist painter Paul Cézanne, who studied in Aix, must have gazed out the window in the building across the street when he was bored. In doing so, he would see Nicolas’s family home bathed in sunshine and find artistic inspiration from the golden hues. I’m not sure how true that is but sounds as though it could happen.

“Aix has its own rhythm,” Nicolas said and further explained the need for a “place for artists to express themselves.”

In 2010 Nicolas made it easier for artists to display and express their art by welcoming visitors into Hôtel de Gallifet, an art center in the heart of Aix. The venue features contemporary art exhibits, artists in residence program, and depending on season, outdoor concerts under the hundred-year-old trees. 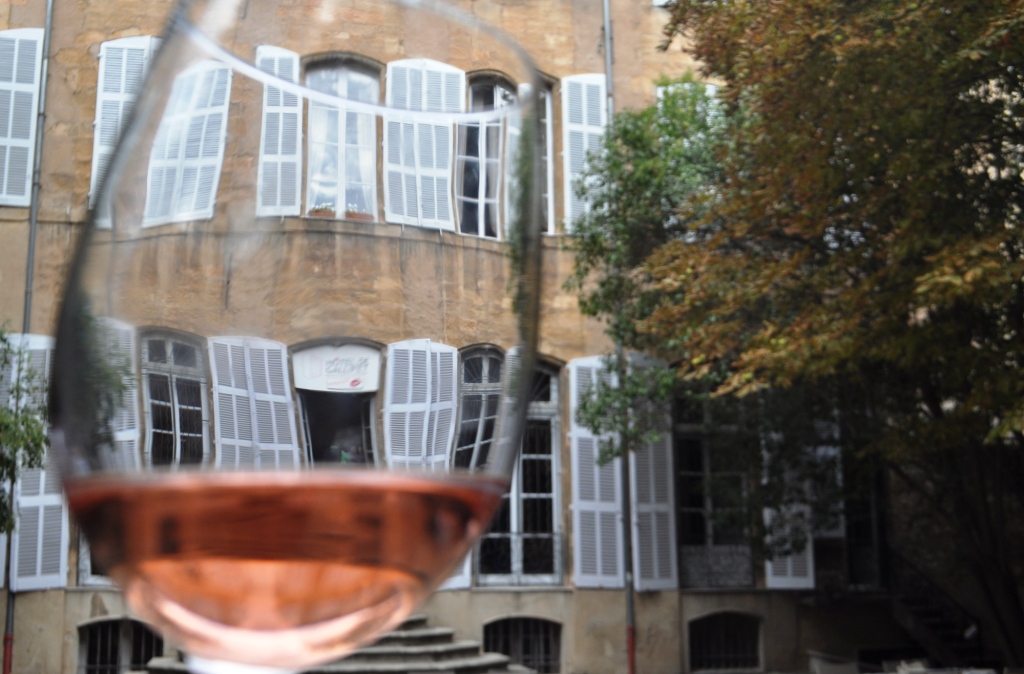 “Swim in Bliss” is a large, three-piece installation featuring a vibrant red swimmer. A Senegal-born artist created the piece symbolizing living together in harmony. The red color represents the color of skin before pigments determines skin color.

Tomorrow’s Masters are Creating in Marseille-Provence and in Surrounding Regions
Learning and seeing how Nicolas has converted his family home into a center for fostering contemporary artists is inspiring and the work of a forward-thinker. Looking back on my entire visit to Marseille-Provence, there’s a reason it was named 2013 European Capital of Culture and Nicolas Mazet is one of those reasons. He is identifying tomorrow’s artistic masters. These are artists people in the 21st and well into the 22nd centuries and beyond will be collecting, emulating and admiring. 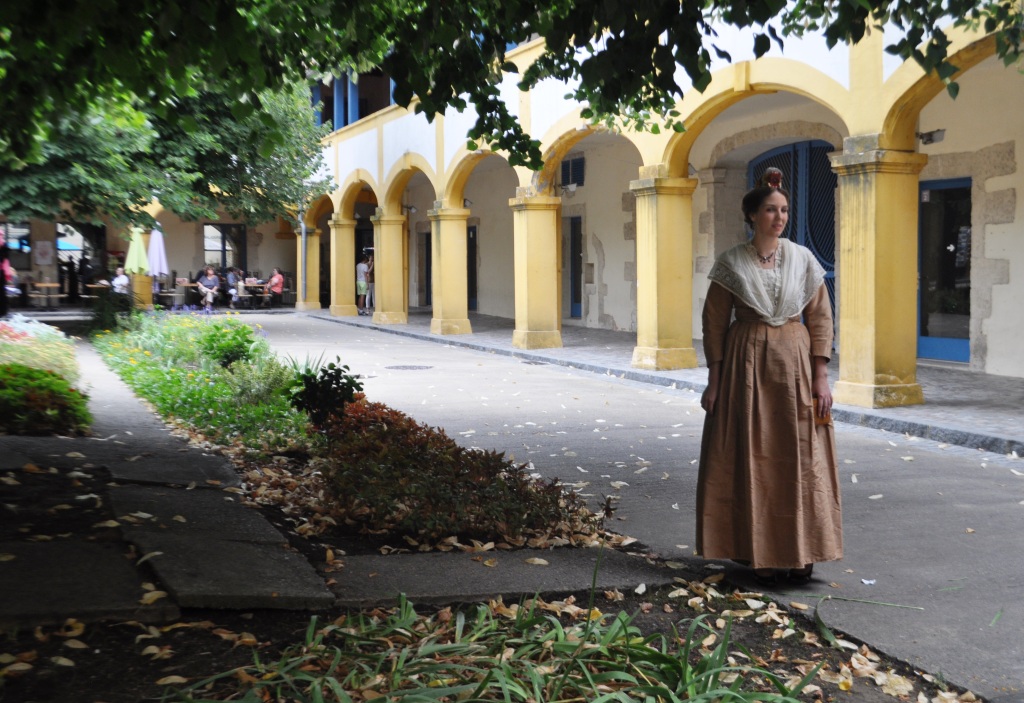 Garden of the Hospital, Where Vincent van Gogh Spent Time in Arles, France

Inspiration in Sunny South France
Throughout my weekend in Marseille and the surrounding region I learned how some of the biggest names in culture studied in the area. Spanish-born Pablo Picasso, probably the 20th century’s most successful artist, was influenced by Cézanne and moved to Paris early in his career. He also explored Mediterranean civilizations and lived in South France.

Vincent van Gogh found inspiration in Arles. He was extremely productive in creating more than 300 works in a span of 15 months. Since his time in Southern France was so significant, in April 2014 the Foundation Vincent Van Gogh Arles is set to open a 2000-square-meter museum paying homage to the artist.

The new museum, which will be set in a gorgeous Bank of France building, will display more than 200 pieces of art created by artists inspired by van Gogh. I’ve been told the foundation is working with the Vincent van Gogh Museum in Amsterdam to create exhibits and three to four van Gogh paintings will be part of the permanent collection. Visit their website for updates.

I’m also fascinated how Nostradamus, probably the world’s most famous author of prophecies lived in the area during the mid-1500s in Salon-de-Provence. 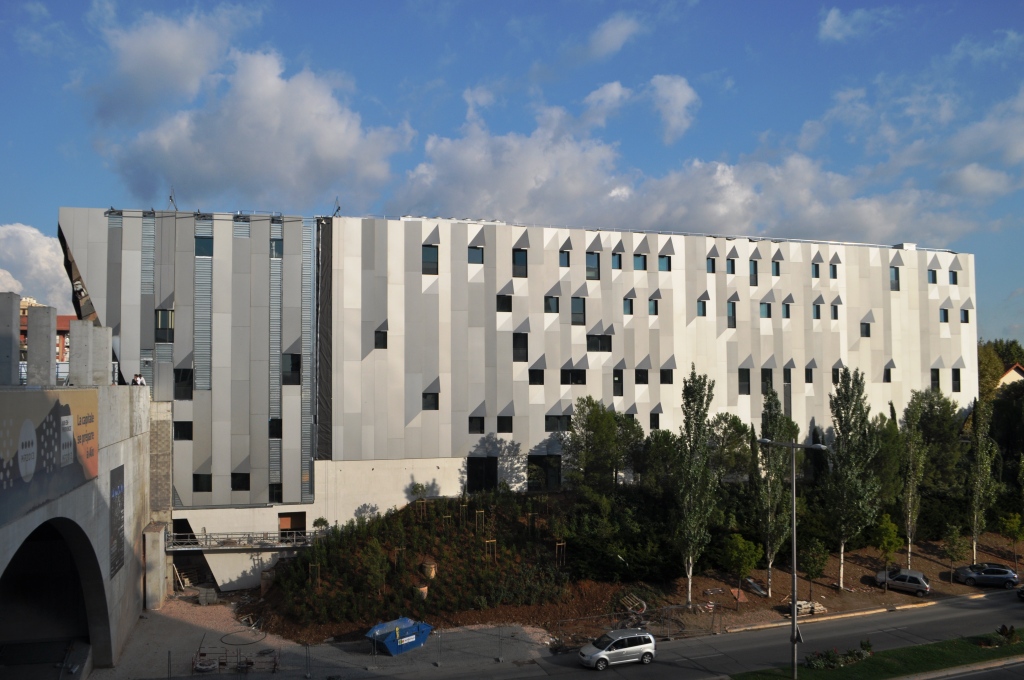 Meeting Tomorrow’s Artistic Masters in Marseille-Provence
This sunny and warm region of South France has attracted artists for years so it’s no surprise I met a host of 21st century artists working in mediums of architecture, performance such as music, and digital media. During the visit to Hôtel de Gallifet I had the honor of meeting Mr. Kengo Kuma, architect of the Darius Milhaud Conservatory in Aix-en-Provence.

Originally from Japan, Mr. Kuma likened the music conservatory’s design to that of origami and unlike any other building in Aix. I was there opening night and had a chance to walk the stage prior to the 500-seat hall’s first public appearance. The building also houses teaching and rehearsal spaces. 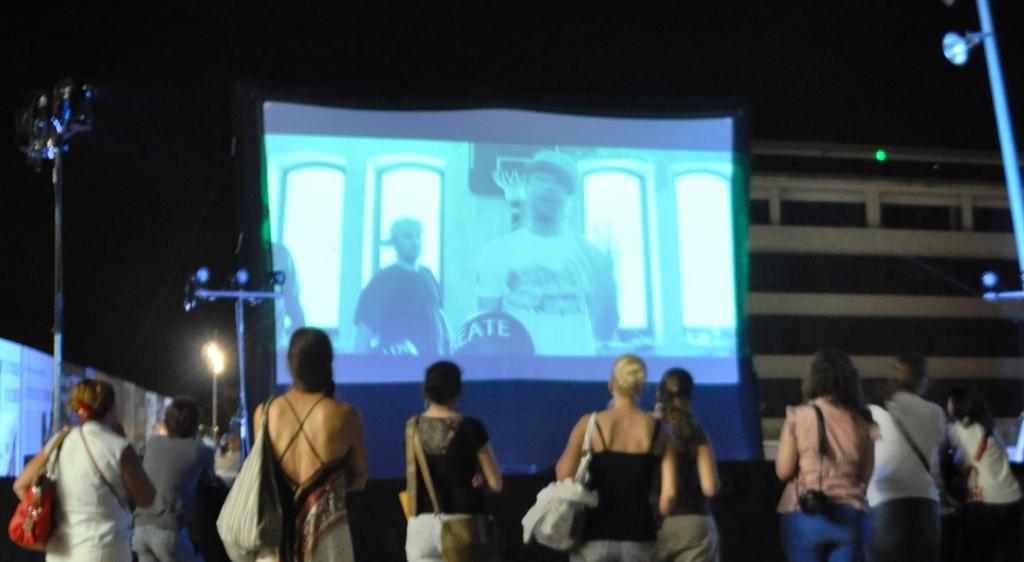 Screening of Watt-Archipels Produced by Stéphane Barbato in Aix-en-Provence, France

Later that evening I met Mr. Stéphane Barbato who produced Watt-Archipels, one film featuring a series of five poetic, off-beat and musical short films. Honestly, I thought it was going to be a drag but was VERY energetic and intriguing. Without giving much away, I had no idea how musical a car could be! Get a glimpse into the project on the Marseille-Provence 2013 Capital of Culture site. 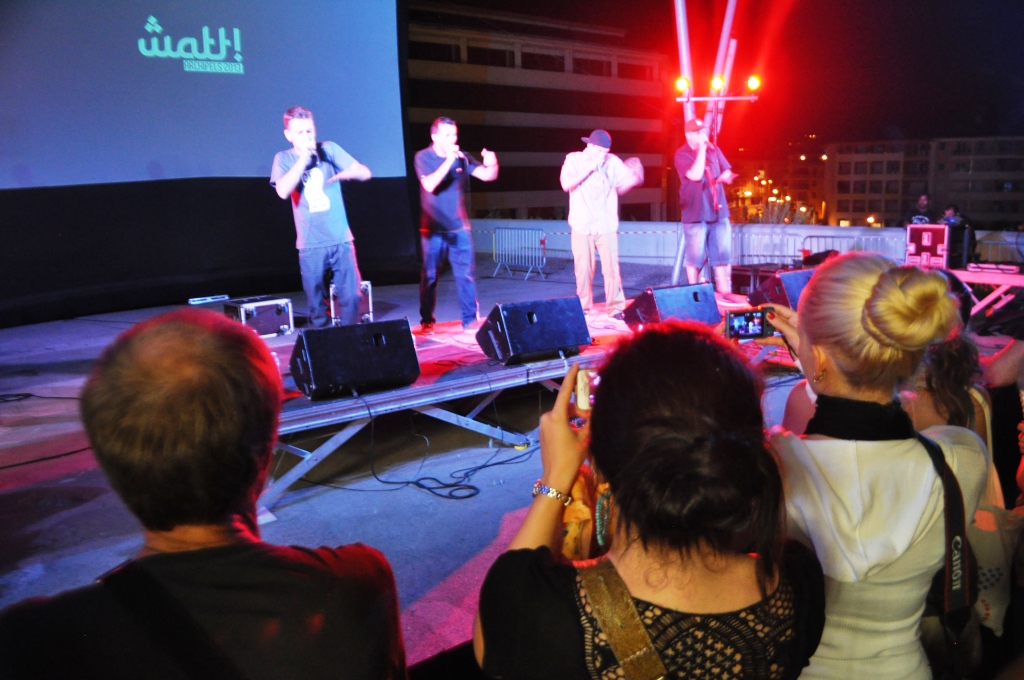 The night ended with an energizing concert by world champion beatboxers Under Kontrol. I thought I was back in the ’80s listening to these guys rap and have to say, they were pretty freakin’ amazing! The clip below isn’t the best representation of their performance but gives you a taste of their musical talents. Plus, if you peek at the short films mentioned above, you may notice them in the clip with guys around the boardroom table.

A Castle Lit Up My Life
Chateau D’If, a 16th-century built fortress sitting on an archipelago made famous by Alexandre Dumas’ novel, “The Count of Monte Cristo

,” is one of Marseille’s popular tourist attractions. It’s only accessible by boat and although I viewed the castle from a distance during an excursion with Le Grand Tour, a hop-on, hop-off city bus tour, I was able to get up close to the castle during an evening excursion which featured a mesmerizing sound and light show on Castle If called “Revelations” performed by Groupe F.

Chateau D’If in Marseille-Provence, Taken Over by Groupe F. AMAZING!

It involved performers wearing lights and scaling the walls, projection of various scenes which transformed the castle from the sky reflecting the space shuttle Challenger disaster to a race track through city streets to a building with multiple, moving windows set to rhythmic, new age music. The video below is a small sampling of what I saw.

MuCEM is an Architectural Wonder
Another new addition and a primary reason Marseille-Provence was selected as the 2013 European Capital of Culture is Museum of European and Mediterranean Civilisations (MuCEM). It sits on the Mediterranean near Fort Saint Jean on the Vieux Port and is an architectural wonder designed by Rudy Ricciotti. Exterior support columns shaped like trees hug the windowed walls. Most of the building is surrounded in what looks like black coral but is what I suppose is lacy-looking black concrete. 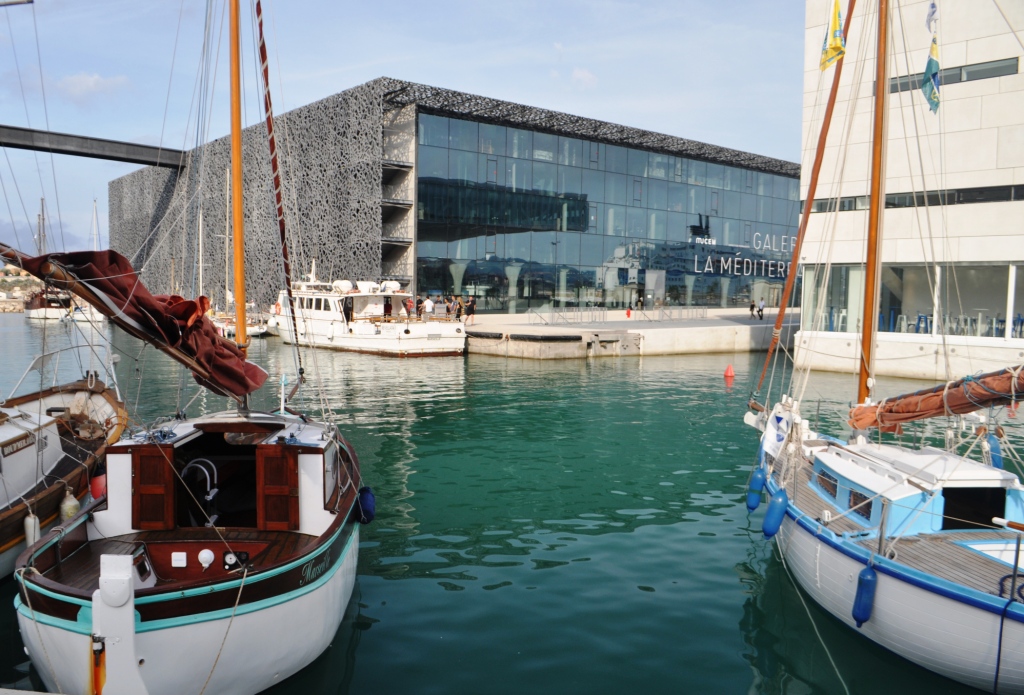 Museum of European and Mediterranean (MuCEM) is a Stunning Work of Architecture and Contains Art Representing Mediterranean Culture, Marseille-Provence, France

The museum preserves European and Mediterranean civilizations and contains intriguing exhibits on modern-day history along with classic, contemporary and French folk art in the form of permanent and temporary exhibits. Opened in June 2013, as of my visit in early September, the building had already welcomed more than 800,000 visitors 250,000 who visited the museum. 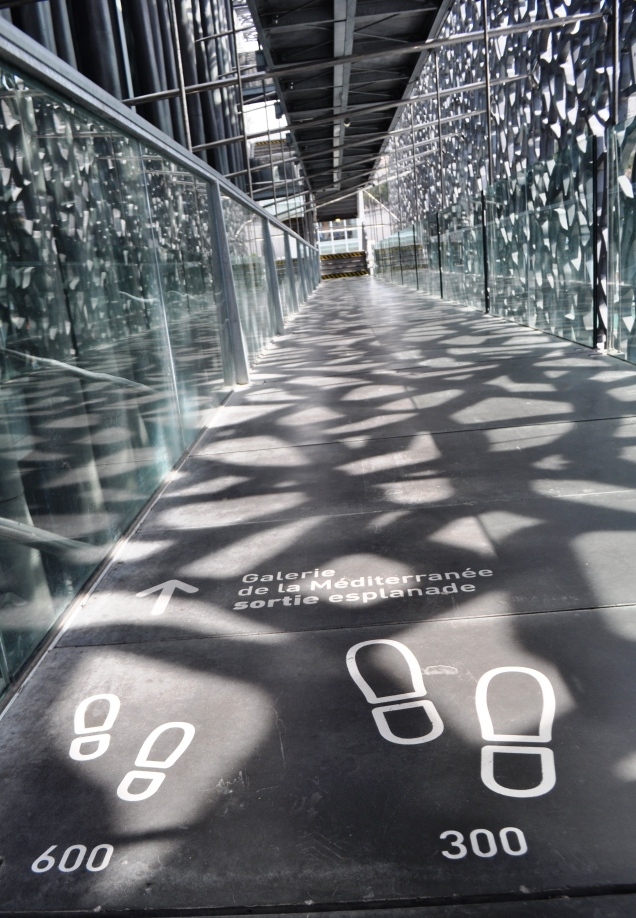 How Many Feet ’til the End of the Walkway? MuCEM

Marseille-Provence is Primed for Tourists
In addition to this 21st century art, I also took in the large-scale city exhibit called “Double Disc Hallowed Out by the Roofs” by Artist Felice Varini, in Salon-de-Provence, on display until Dec. 1, 2013. And of course, I tasted the eclectic culinary scene which combines traditional flavors with new ones.

I befriended a retired couple from Fort Lauderdale during my extended layover in Madrid, Spain. We were both on the Iberia flight from Miami to Marseille-Provence via Madrid. If you have the funds, I highly recommend upgrading to Business Class. I was able to sleep in my little capsule and arrived refreshed. Anyway… 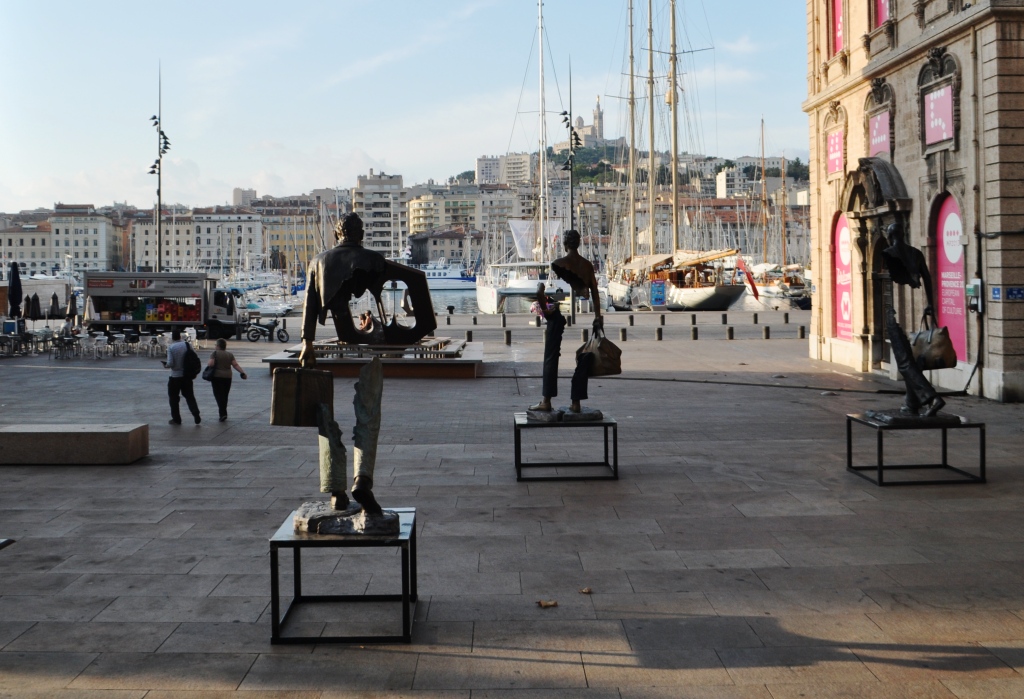 The husband told me during the 1950s, Marseille was not a fun place to be. He recounted how the port was surrounded by military holding machine guns. Being a port city, apparently this was typical of the time. I guess Marseille hasn’t been on the radar of tourists until relatively recently. Before my trip I picked up a Rick Steves guidebook featuring Southern France. Problem was, it was published in the late ’90s and didn’t include things to do in Marseille. 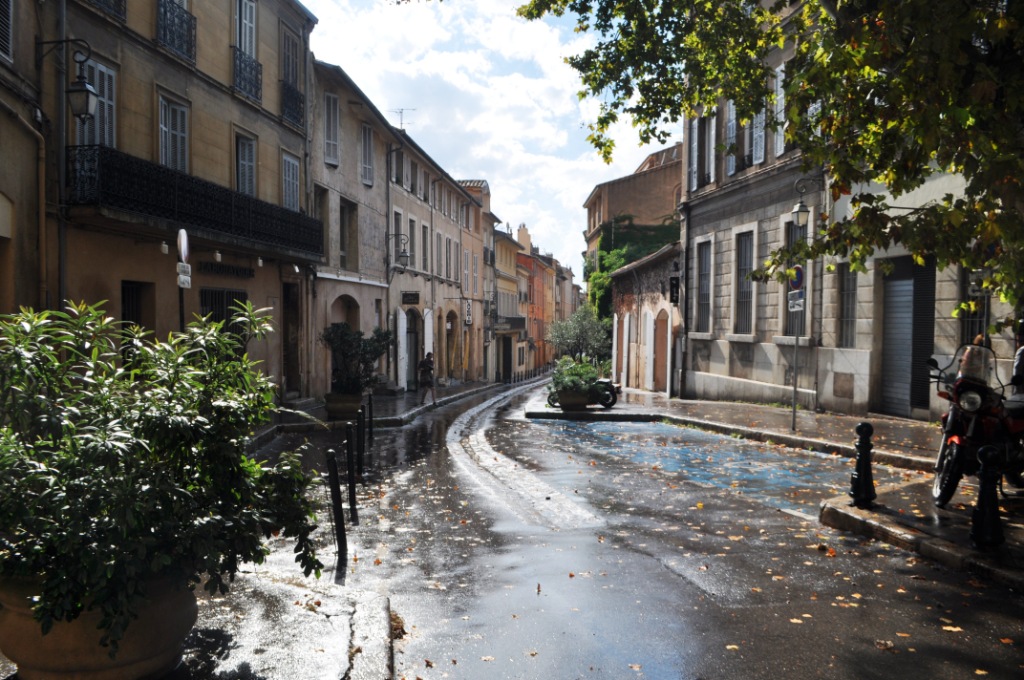 Marseille-Provence is Nurturing the Masters of Tomorrow
There are plenty of activities for visitors to see, do and taste in Marseille and in nearby regions. I only experienced a small portion of these activities which means I have an excuse to return to South France. This being my first visit to Marseille-Provence, I experienced a vibrant, modern city appreciating its history and artists of yesterday yet nurturing and fostering creativity of tomorrow’s masters.

Importantly, the people in Marseille-Provence are warm and welcoming so don’t worry if your French isn’t perfect. Smile, be polite and practice your pronunciations of “s’il vous plait” (please) and “merci” (thank you) and you’ll be fine. Visit www.mp2013.fr for additional information on Marseille-Provence. The European Capital of Culture title will be passed along to Umeå, Sweden and Riga, Latvia but Marseille will continue cultural celebrations into 2014. 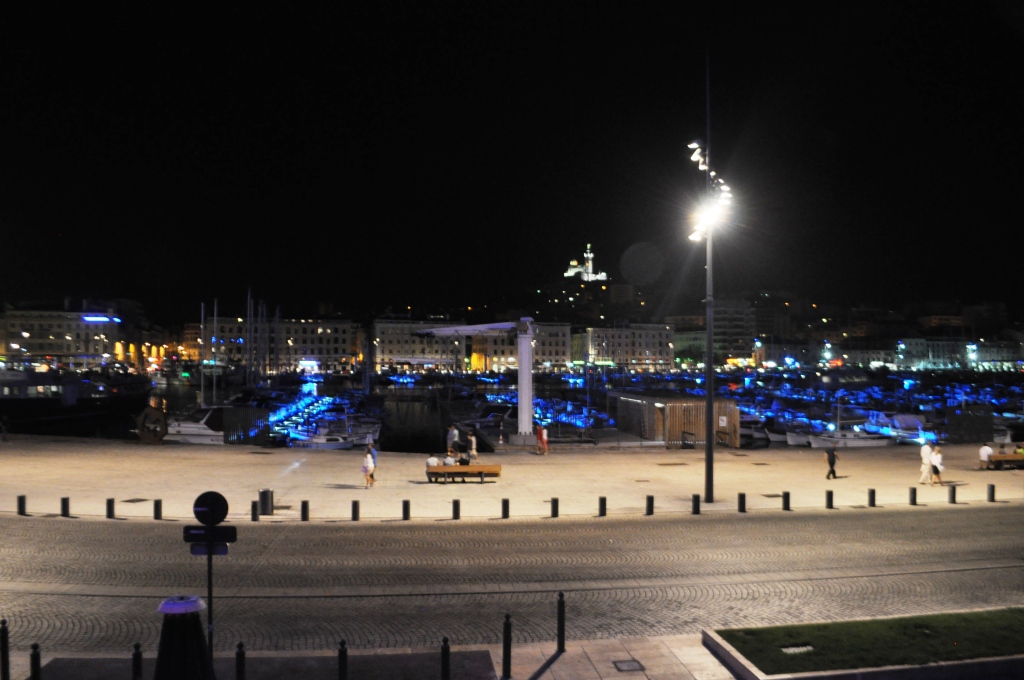 Where to Stay in Marseille-Provence
I stayed at La Residence du Vieux Port, a four-star hotel located on Marseille’s Old Port. My room was on the first level facing the street and next to the breakfast room. I was concerned about noise but the room was insulated and I didn’t hear a peep from patrons on the street or in the breakfast room. Decor is contemporary and a little funky. The hotel is conveniently located to dining, shopping, attractions and the Marseille Fish Market. If given the opportunity, I’d stay here again. 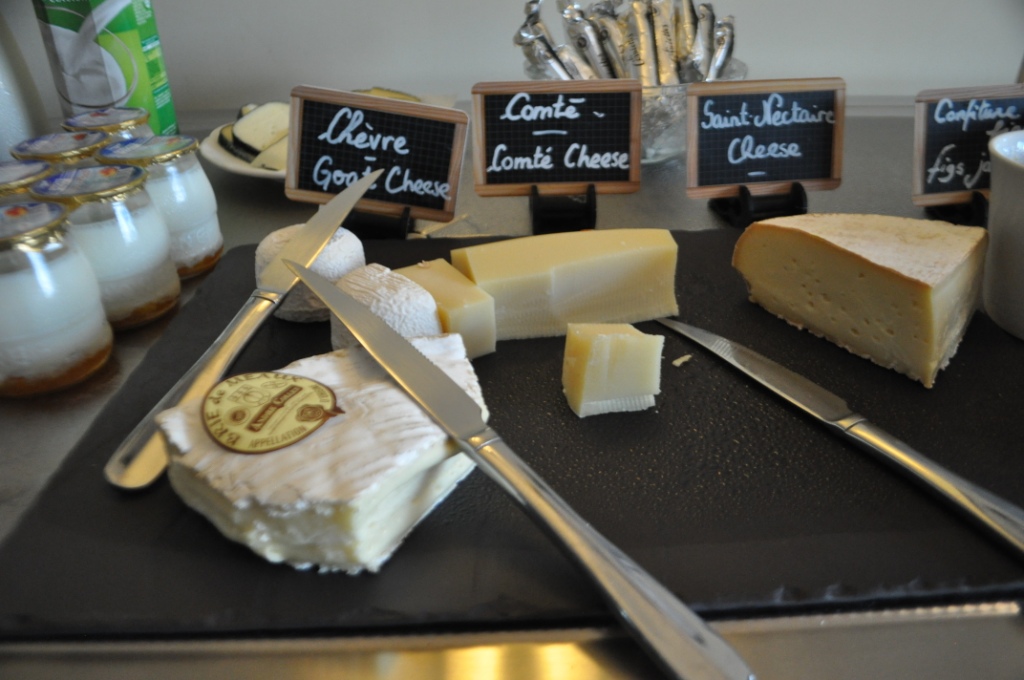 Some of the Delicious Breakfast Served at La Residence du Vieux Port in Marsielle-Provence, France

Disclosure: The road, or shall I say a plane, recently led me to Marseille-Provence, 2013 European Capital of Culture as a guest of Atout France and their tourism partners. This is the one in a series of several posts about this trip to France. Follow the conversation on Twitter and Instagram with the hashtag #visitmp2013.