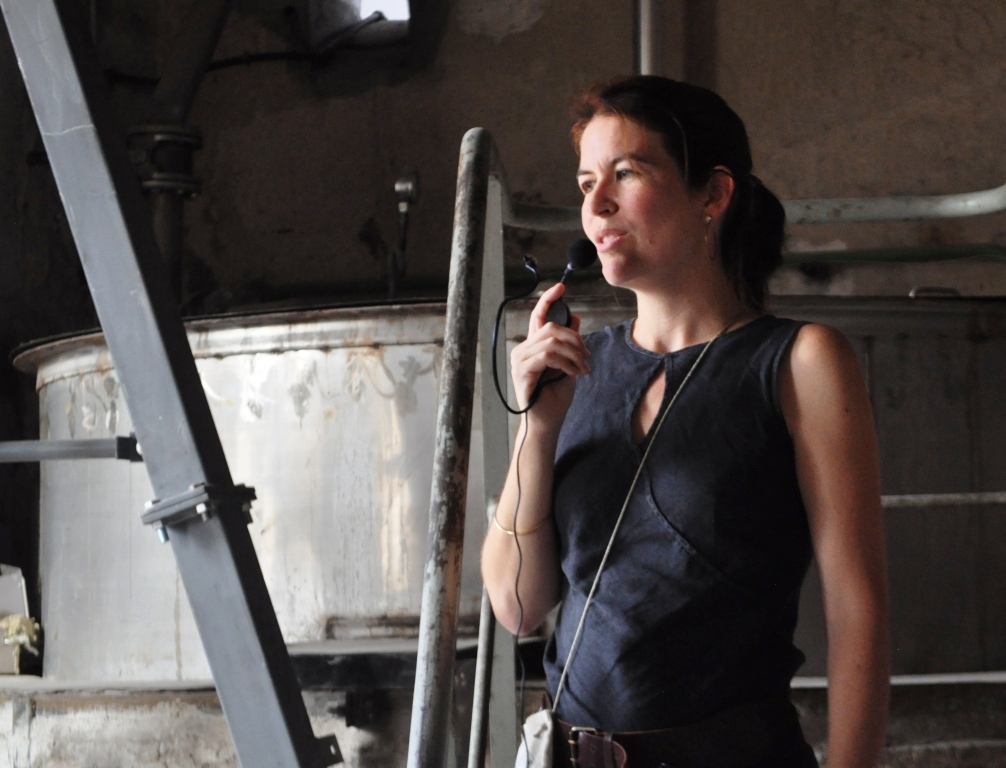 Ms. Julie Bousquet Fabre is a Fourth-Generation Soap Maker at Marius Fabre Soap Factory, Founded in 1900 by Her Great-Grandfather.

Ms. Julie Bousquet Fabre stood before me explaining how her great-grandfather started La Savonnerie Marius Fabre (Marius Fabre Soap Factory) in 1900. Today, her parents, sister and she carry on the tradition of manufacturing Marseille soap. Family Continues Tradition at the Marius Fabre Soap Factory
Washing machines entered households after World War II and changed how people cleaned their clothing and other fabrics. With the introduction of advanced cleaning initiatives so did the standards. In the United States ALL manufacturing businesses must operate in a clean fashion, hiring companies like https://astropak.com/ to ensure these requirements are always met. At the same time in France, this modern convenience was one of the reasons dozens of Marseille soap manufacturers closed their doors. Prior to the post-World War II boom, there were nearly 100 Marseille soap factories. Now? There are only four factories still in existence producing the soap as it was originally crafted centuries ago. The culture of factories has evolved considerably since this period as has the machinery used in the process of making products. For example, in some factories, they have started using industrial pointing devices that help them with productivity within the factory. If this is something of use to you then you can check out this shop sale here. I recently visited another factory which had a lot of new technology in it, I was shocked at how technical things are nowadays! The soap factory definitely keeps things simple compared to this factory I visited. They even had heat recovery systems by Integrated Air Systems and it worked really well. However, the four factories here are still keeping the tradition alive. Marseille Soap is Heritage
My trip to South France coincided with the year-long Marseille-Provence 2013 European Capital of Culture celebration. Culture means more than 17th century paintings and 13th century architecture, it includes heritage which is what I witnessed and learned about during this visit to the soap factory.

Authentic Marseille soap is made with vegetable oils (typically olive oil), soda and saltwater cooked in a cauldron. This region of France was ideal for making soap because of the Mediterranean climate to grow olives and access to the sea to harvest soda and saltwater. Made in France’s oldest city since the Middle Ages, during the 17th century a law was enforced stipulating the method and ingredients used in the making of authentic Marseille soap.

“It’s like a house and not a traditional factory,” Ms. Bousquet Fabre said while we toured the facility and she was right. It was like touring an old friend’s home. Cauldrons Where Marseille Soap is Made at Marius Fabre Soap Factory

Five-Step Process and 10 Days
From beginning to end, it’s a five-part process. In what looks like a home’s attic sit huge cauldrons used to boil down the olive oil and soda. It’s heated for 10 days and washed with saltwater daily. A statue of the Virgin Mary overlooks the room with the cauldrons to protect the soap makers because it’s a dangerous task.

Next to the cauldron room is a soap drying area. Twenty-two tons of molten soap is pumped in and down a wooden trough which flows like lava. It’s then poured and dries for two days. Here’s a little tidbit, this happens to be the only drying room in the Marseille region. Down the wooden stairwell to the main floor (which is lined with old French advertising posters) brick logs of the soap are hand-stamped with the Marius Fabre Soap Factory logo and sliced into perfectly chunky blocks. Seventy-five percent of the soap manufactured here is sold in France with the other 25 percent is sold online, in North America and Europe in boutique shops and spas. Marseille Soap Being Hand-Stamped at the Marius Fabre Soap Factory

What’s All the Suds About Marseille Soap?
Perhaps Marseille soap was ahead of its time because it’s natural with few ingredients and does not contain coloring or fragrance. Naturally, it supports a cleaner environment, which is important for 21st century living. The soap smooths skin, is recommended by dermatologists for various skin ailments, is good for cleaning clothing and is economical because it lasts up to four times more than shower gel. 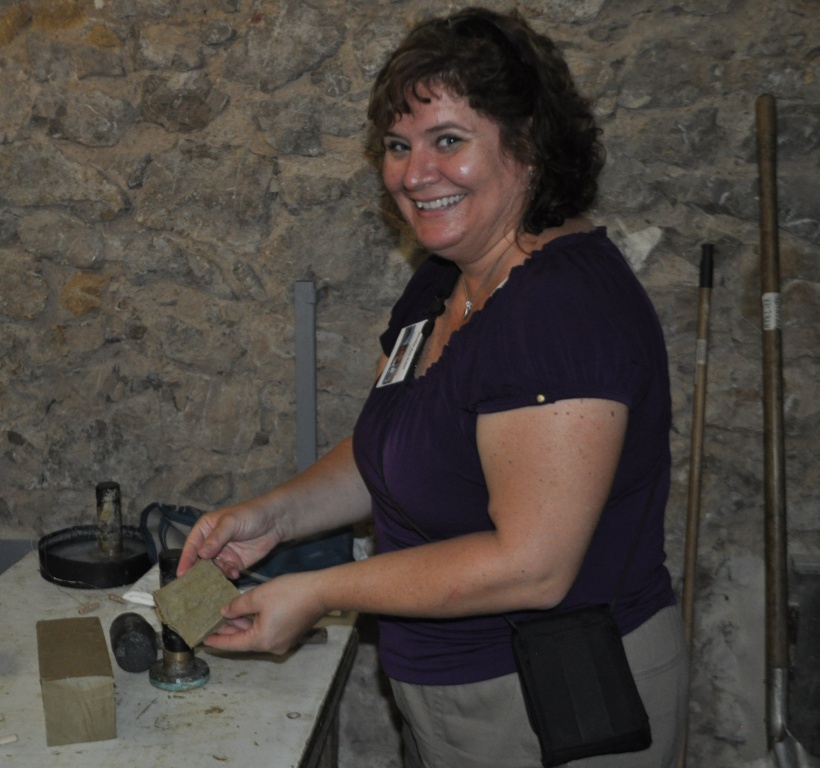 I had the chance to slice my own slab of Marseille soap with a string of wire. It was like cutting through solid butter. Then, I took the Marius Fabre stamp, placed it over the olive-colored slab and whacked it with a mallet to hand-stamp the factory’s logo. Oh what fun!

Is Marseille Soap Endangered?
Unfortunately for the world, there are hacks out there manufacturing soap as Marseille soap when in reality, it isn’t true Marseille soap. For instance, some companies are making soap with animal fat yet marketing as genuine Marseille soap. In an attempt to preserve their craft, the four remaining Marseille soap producers have formed the organization called L’union des Professionnels du Savon de Marseille to protect its heritage. Nuts & Bolts About Marius Fabre Soap Factory
In addition to the guided tour, the Marseilles Soap Museum displays the history of the cherished soap dating back to the Middle Ages through today. Marseille soap and the factory and the gift shop is full of…you guessed it, soap! You won’t want to leave because it smells fresh and clean.

A tip for taking the guided tour, wear rubber-soled shoes or at least something that won’t slip. The floor may be a little slippery in some areas.

After all, it’s a soap factory!

The road, or shall I say a plane, recently led me to Marseille-Provence, 2013 European Capital of Culture as a guest of Atout France and their tourism partners. This is the one in a series of several posts about this trip to France. Follow the conversation on Twitter and Instagram with the hashtag #visitmp2013.