Home » Featured » Adventures in Chicago: I Wandered Because I Was Lost

Adventures in Chicago: I Wandered Because I Was Lost 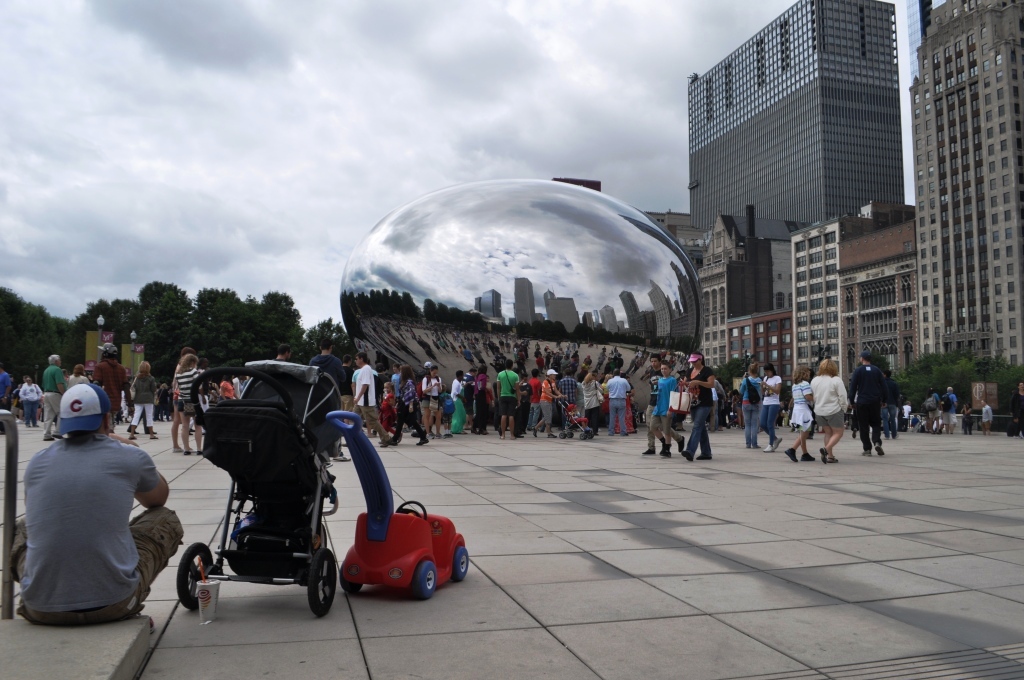 There’s something romantic about wandering and getting lost. It’s when hidden cafes previously only known by locals are discovered. Strangers become friends and share their hospitality by extending a cup of spirits. Being lost can result in a journey of self discovery and soul-searching. That may be the traveling style for some people but here’s a secret, it’s not my traveling style. I Met “Magdalene” during My Walk through Chicago

At a Young Age I Realized I Was Navigationally Challenged
I get freaked out when I’m lost. This probably stems back to when I was a kid and was lost in my grandmother’s mobile home park. It wasn’t a big park but I’m navigationally challenged and each road looked the same. I blame my cousins who took me for a walk – okay, I probably tagged along uninvited – and somehow we were separated. They didn’t try to lose me, did they?

The sun began to set and I feared I’d end up spending the rest of my life wandering around Western New York’s Rock Oak Estates relying on the kindness of all the other grandmas and grandpas living in this 55+ community to knit me sweaters to keep me warm and feed me fresh-baked cookies.  Feeling abandoned and panicked I burst into tears just as one of my cousins rescued me.

Turns out I was one road over from Grandma’s place. Loved Walking through Downtown Chicago and Enjoying the Architecture

Lost in Chicago
Back to my point. I don’t like getting lost and that same feeling of panic flushed me with anxiety a few weekends ago as I realized I was in McCormick Place but had no idea where I was.

The facility is Chicago’s largest convention facility and one of the largest in the country. I’ve attended several conferences in the past yet it’s been several years and additions have been made. Google Maps on my iPhone dropped me off in the old section, which seemed tired and abandoned.

How did I end up there?

I was attending BlogHer, a blogging conference for women (although men are welcomed to attend) and on that Saturday, the late morning and afternoon topics didn’t interest me so I decided to explore Chicago. I took the shuttle bus from McCormick Place to my hotel (Sheraton Chicago Hotel & Towers in which I had an amazing view of the Chicago River and service was excellent) and decided to walk back to the convention center. According to Google Maps, it was just more than 3 miles. Don’t Be Rude When Topping Your Chicago Do – No Ketchup!

Hold the Ketchup
My first mission was to chow down a Chicago hot dog (or is it just called a Chicago dog?). I headed toward Millennium Park to view the giant silver kidney bean-shaped sculpture called Cloud Gate. Although the end of July, the temperature was just shy of 70? F and it felt so nice. People were out enjoying the park, sitting on the lush lawn, jogging and enjoying the beautiful landscaping.

I found my hot dog at a concession stand across from Cloud Gate. After handing over my $3, the gal handed me a naked dog! I asked for a Chicago-style dog and she informed me condiments were off to the side. Thankfully there was a sign instructing tourists like me how to build the proper hot dog. There’s also a tongue-in-cheek sign stating it’s bad manners to top your hot dog with ketchup while in city limits. After So Many Years of Visiting Chicago, I Finally Got Close to Buckingham Fountain in Grant Park

It was then off to find Buckingham Fountain in Grant Park then the Lakefront Trail to follow back to the convention center. It was a lovely walk as I passed by a march for peace, funky over-sized head planters along the Magnificent Mile, intriguing sculptures and pockets of colorful and gorgeous blooms. Have I Mentioned How Much I Love Chicago’s Architecture?

I was also taken in by the stunning architecture and admiring the contrast between traditional concrete buildings and modern glass structures. Just like snowflakes, no two Chicago buildings are the same. The path wandered by the Field Museum – where a T-Rex stood wearing a Black Hawks jersey – and I passed tons of tourists on guided Segway tours. Oh, So that’s Why the Birds Were Swooping

What Pretty Birds
The path finally followed along the water and the crowds thinned. It turned into a jogging and biking tail and I did the best to stay out of the way since I was taking a leisurely amble. I took in the summer flowers and swooping birds.

“Isn’t that cool how close the birds are getting to me,” I first thought. They were getting so close I could see the barbs of their feathers.

I then realized these birds weren’t a welcoming committee for the Lakefront Trail. These birds were in attack mode protecting their hidden nests from predators like me! Oh, I’ve been in this situation before and it’s not fun having a bird mess with your hair or poop on your head. Who’s Partying on that Boat?

I hightailed it away from the bushes and came upon a marina with a huge yacht and big party carrying on. Two bicyclists rode by and one turned around snapping a photo of the boat saying, “That’s Mumford and Sons partying!”

I’m old so I couldn’t tell you if I’ve heard a song by Mumford and Sons. I do know their name and they’ve won some awards and felt obligated to take a photo of the boat. I’m not sure if they really were on board but folks were having a good time. I Had a Lovely Meander Along Chicago’s Lakefront Trail

The Convention Center was a Ghost Town
Google Maps led me to McCormick Place and something didn’t seem right. There wasn’t a sole in sight. Railings up the stairs were rusty and unstable. The stairwell was littered with debris. It was obvious I was not in the right place but doors were unlocked and I wandered inside the dark facility hoping to find a way to reach the newer section where my conference was taking place. It was almost like one of those bad dreams where you’re supposed to be somewhere but don’t know how to get there. Walked by a Peaceful March for Peace

I pulled up my iPhone hoping there was a map to guide me but no luck. The map inside the facility was only for that building. Trying to keep calm, I contemplated calling 911 but realized that would be silly.

Eventually, I found a walkway between the old and new facility yet it wasn’t the right hall. It was also abandoned and couldn’t find anyone to ask as to how to get to where I wanted to go. I found a map on the wall, saw a hotel I recognized and figured if I could get to the hotel I could figure out where I needed to be. Finally Where I Needed to be at McCormick Place

Lights! Camera! Action!
I walked until I stopped in my tracks after hearing the word, “Cut!”

Huh? I looked up to see a whole bunch of people, cameras and things that were probably gaffs.

“Oh, boy. That’s a movie being filmed!” I thought.

Extras were scurrying back to the places and soon I heard, “Action!”

I quickly decided to hide. Why? I didn’t want to get in the shot and ruin it. I saw some guy in a suit who’s was assigned to walk around the perimeter of the room. I could have easily been the extra with the role of walking out the door but didn’t want to chance it.

I hid in a small vending machine room for about 10 minutes waiting for that magical word, “cut.” And when I heard it, I ran. As the door closed behind me as I exited I heard, “Action!” Artist You Byun Drawing Whimsical Critters during BlogHer 2013 in the Verizon Booth.

And there in front of me was where I was supposed to be. The reason I returned to the conference show floor was to see the mystical magical sea turtle artist You Byun drew for me! She was in the Verizon booth drawing whatever attendees ask via Tweets. See the Magical Sea Turtle by Artist You Byun?

Double Cheezeborger is Best
My dogs were barking so rather than walk the three or so miles back to the hotel I took a shuttle bus but rather than heading to my room to get ready for the evening event, it was time for a cheeseburger from the Billy Goat Tavern. Of course I “wandered” rather than admitting being lost. I thought I was going crazy because I couldn’t find the restaurant. What the address on Google fails to mention (430 N. Michigan Ave.) is the restaurant is located on the LOWER LEVEL.

I tried to order a single burger but was convinced, “double cheeze is best.” I knew to order “Pepsi, not Coke” and “chips, not fries.” Gotta love pop culture! Double Cheeze is Best at the Billy Goat Tavern

Quite the Productive Day
By the time I returned to the hotel, which was about 6 p.m., I had also seen two separate demonstrations, one for peace and another for democracy in Egypt along with several wedding parties taking their photos. Demonstration for Democracy in Egypt

Getting lost wasn’t all bad, I mean, I have this tale to tell. One of Several Newlyweds I Saw Being Photographed

Where has getting lost led you?