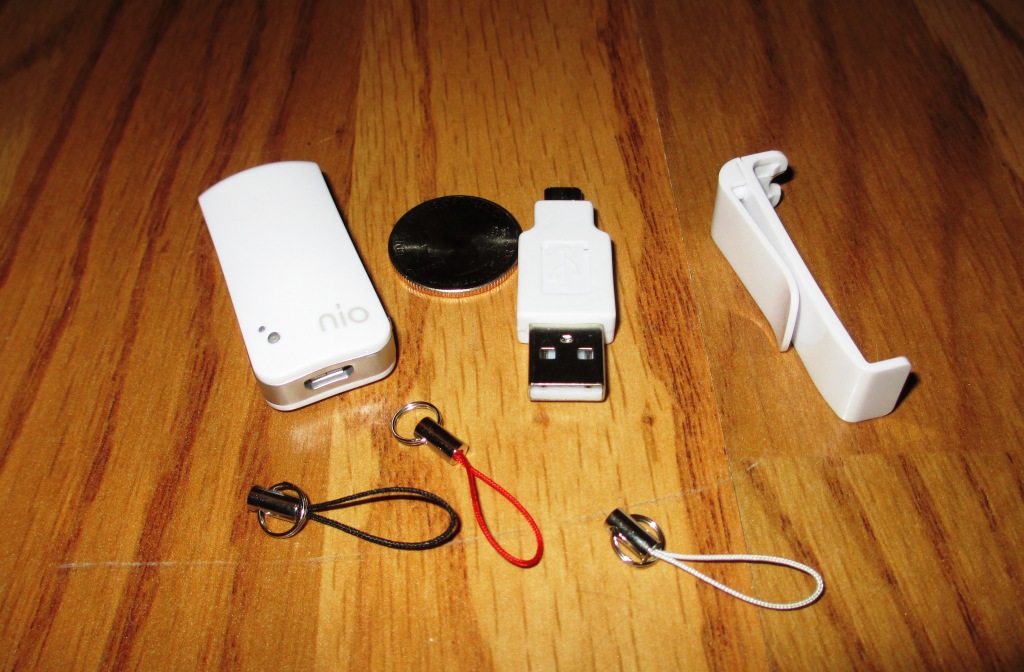 Having my iPhone lost or stolen while traveling would be one of the worst things I could imagine. I’ve come to rely on it for mapping, travel itineraries, contact database and of course, as a form of communication. Losing my camera would be the second worst thing. Well, guess what? There’s an app, and a Bluetooth-powered security tag called the nio, to prevent these things from happening.

21st Century Bluetooth Technology
When I went away to college back in the late 1980s, my mom gave me a personal alarm to help keep me safe. She’s a genius when it comes to finding fun and functional gadgets! It was about the size of a cassette tape, was black and looked like a radio. It had a strap around it which I wore around my wrist and kept the security device in my bag. When the strap was separated from the device, an alarm sounded.

More than 25 years later, I’m introduced to the nio Tag which uses Bluetooth technology to chain a mobile device and was launched by GCL Solutions Group. The system prevents the Tag, and whatever it’s attached to, from getting stolen, misplaced or lost by emitting an alarm. The connection is made through a free app. In essence, this 21st century version is better than what I had back in the day.

Putting the nio Tag to the Test – Does it Work?
I put the nio Tag to the test on an Android and it was super simple to do. While charging the lightweight tag (it’s smaller than a box of matches) using the USB-connector that came with it, I downloaded the free nio App. Once charged, I followed the easy instructions of linking the phone to the tag. 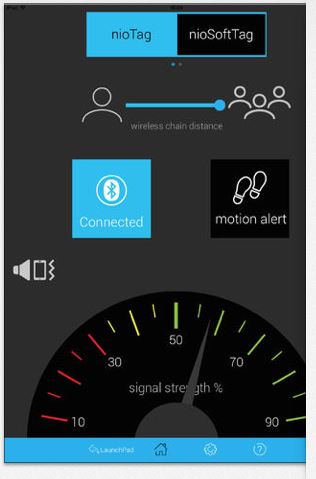 nio uses a buddy system, so to say, because the system can be used to either find your smartphone or tablet if you’ve misplaced it or use it to keep tabs on your bag, camera, child or whatever else you can attach it to. There are four alert sounds or a vibrate mode that can be set to alarm when Tag or device are moved beyond the specified distance. (Up to 65 feet or 0 to 20 meters.) Or, use a sound from your iTunes library if using an iOS device.

Now, the test. I gave the smartphone to an office coworker and placed the Tag in another office. As soon as the nio Tag exceeded the specified distance, it began alarming and the phone emitted another alarm. As my coworker walked through the department office searching for the Tag, the app indicated how much closer, or warmer and hotter, he was to locating the Tag while the beeping continued.

I can see putting the tag in my backpack or attaching it to my camera, then setting a 20-foot range on the mobile device. If my backpack or camera are more than 20 feet away, an alarm will sound on my phone. Not only would this deter theft, it would prevent from leaving things behind in a taxi, at airport security, etc. 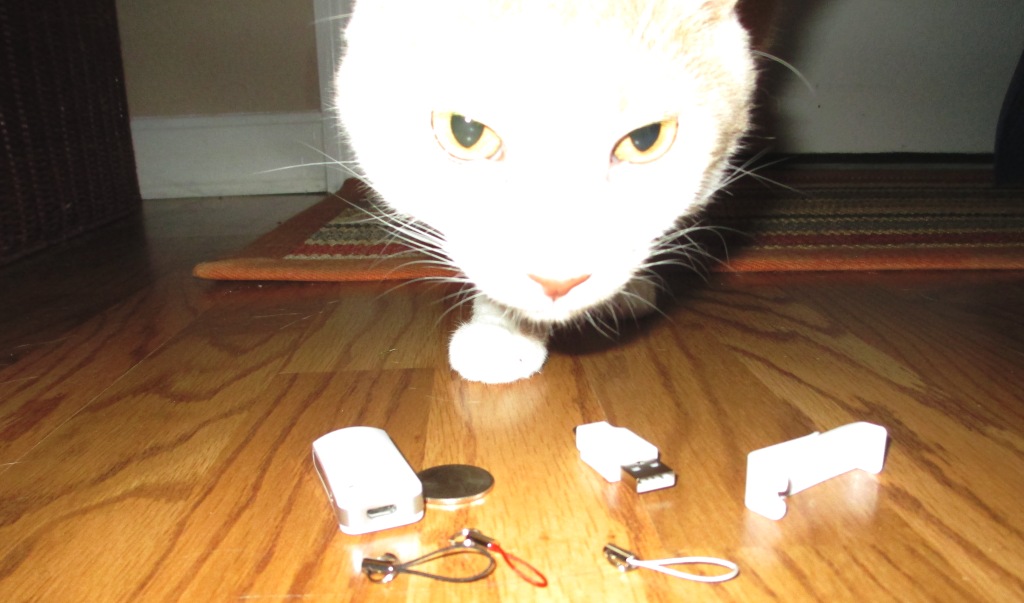 Whoa! Monster Kitty Checking Out the Bluetooth Technology of the nio Tag

It Works! But On Specific Versions of Devices
Big note: In order to work, the nio Tag needs to be turned on and it apparently has a battery life of four months. The device comes with a clip and three mini-lanyards so you can loop it to a key ring, purse strap, or inside a suite case or bag.

Meaning, the nio was NOT compatible with my iPhone 4 or iPad 2 – don’t judge because I don’t have the latest gadgets!

nio is Ideal For:
Travelers, especially carry-on luggage, cameras and purses
Visiting crowded areas with children (cut the physical leash and use the nio)
People who lose things like their smartphones or keys

Disclosure: I received the nio Tag complimentary in order to test. Opinions in this post are my own and have not been reviewed by the nio representatives.