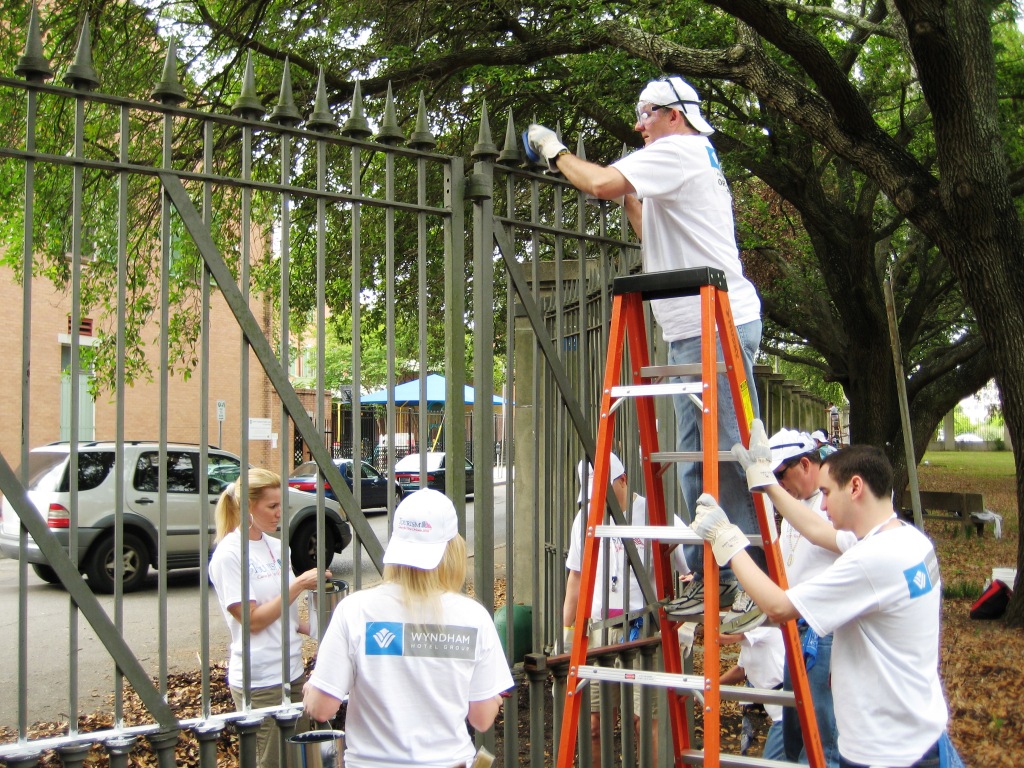 Hundreds of travel and tourism professionals from across the United States will volunteer to preserve Miami Marine Stadium May 29 – 30, 2014 during the 7th Annual Tourism Cares project. Located on Biscayne Bay, the 6,566 seat stadium was built in 1963 and designed by Cuban-American Hilario Candela and is noted for its cantilevered concrete roof. Following 1992’s Hurricane Andrew, Miami Marine Stadium fell into disuse and in 2012 the National Trust for Historic Preservation named the abandoned stadium a National Treasure. 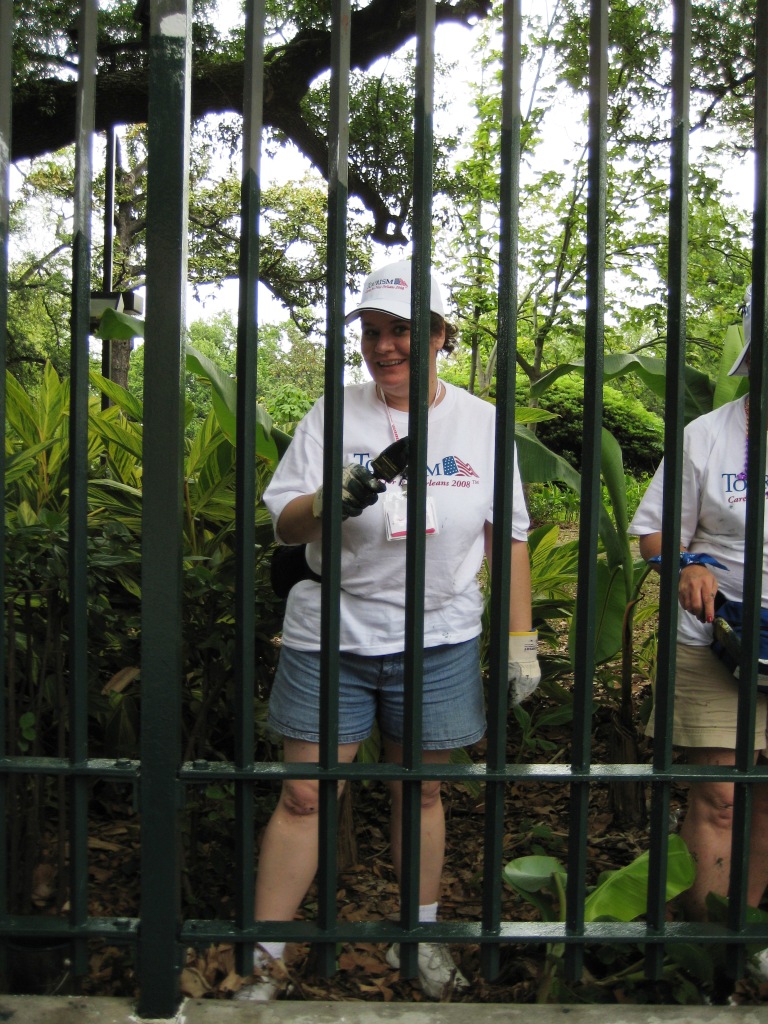 Related Post: Scrape Hotel Soap at Clean the World and Save Lives during an Orlando Vacation

Several years ago I joined representatives from travel agencies, group tour operators, hotels, destinations marketing organizations, and other members of the tourism industry to help restore Louis Armstrong Park in New Orleans during a Tourism Cares for America project. It was one of the most rewarding volunteer projects I’ve participated in.

Why? Because I know how important tourism is to the American economy. Based on 2010 data released by the U.S. Travel Association, the travel and tourist industry generated a $1.8 trillion in economic impact and generated $118 billion in tax revenue for local, state and federal governments. It supported 7.4 million jobs directly in tour and travel industry and 6.7 million in other industries. So yeah, that’s quite an impact tourism has on our economy.

Back to my experience in New Orleans, I was dripping in sweat alongside other tourism professionals working together toward a common goal of restoring one of the country’s treasures. Why? Well, reviving an attraction improves a neighborhood and community which encourages more visitation and should result in a positive economic impact for the community.

The May 2014 Miami Project Will Include…
It’s been several years since I last participated in a Tourism Cares project and every year since it seems to grow. According to the organizers tourism volunteers in Miami can expect:

To work at the Miami Marine Stadium, cleaning and securing the site while others will restore coastal areas in Virginia Key. This includes Virginia Key Beach Park, established in 1945 as the only Dade County public beach used exclusively by African-Americans. The park was closed in 1982 and reopened in 2008.

Learn about the community and site from Guy Forchion of the Virginia Key Beach and architect Hilario Candela.

Learn about the area’s culture with Rosa Lowinger on the art of stadium graffiti.

Visit the Tourism Cares for Miami webpage for additional information including registration information. 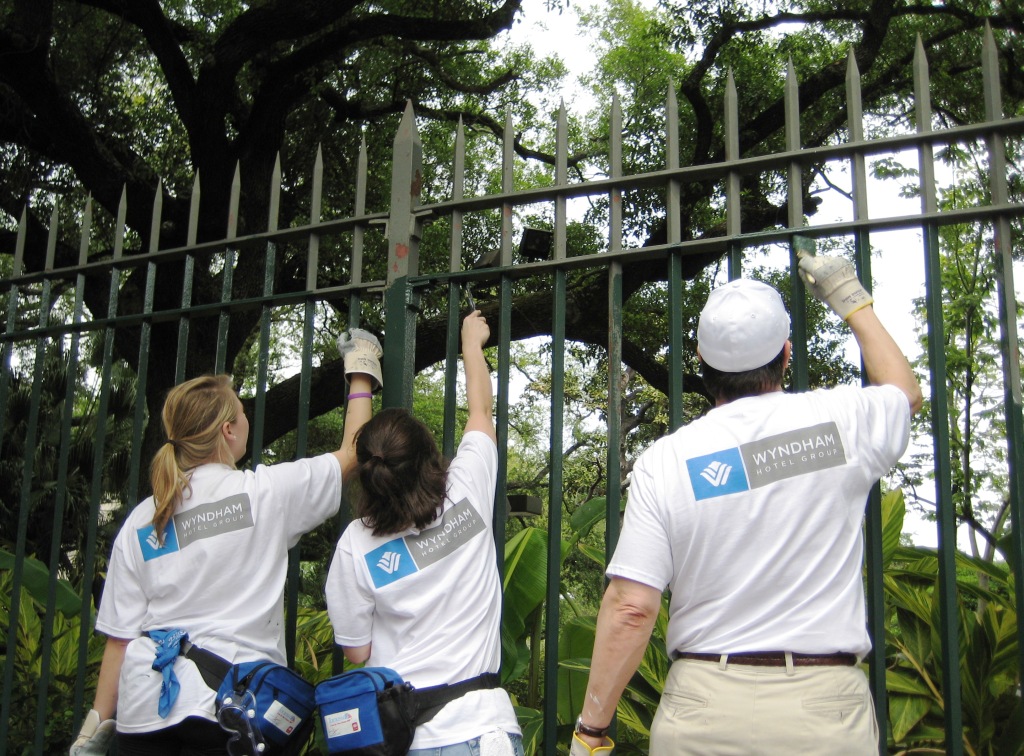 What’s it Like Volunteering on a Tourism Cares Project?
Work is sometimes hard but there’s a sense of accomplishment upon finishing a project, especially when done as a team effort. There are work duties available for all capabilities ranging from light to heavy duty.

Office hierarchy doesn’t exist when volunteering on a Tourism Cares Project. Corporate CEOs work side-by-side with front-line hotel staff, each with a common goal. Tourism professionals looking to meet their counterparts from across the country or network with potential clients in a unique setting or even just do good by volunteering their time for a worthwhile project will appreciate the time spent on a Tourism Cares Project.

About Tourism Cares
Tourism Cares is a nonprofit organization with a mission to “preserve the travel experience for future generations.” This is accomplished through giving back to the tourism community by protecting and preserving cultural and historical sites. Tourism Cares has conducted volunteer projects in places such as Virginia City, Nev.; Ellis Island; Mount Vernon, Va.; Mississippi’s Gulf Coast; New Orleans; Gettysburg, Pa.; and New York. Visit www.tourismcares.org for additional information.

Since this event is happening in my home state I’ll have to add this to my to-do list. Will I see you in Miami in May?