First and Foremost I’m an American 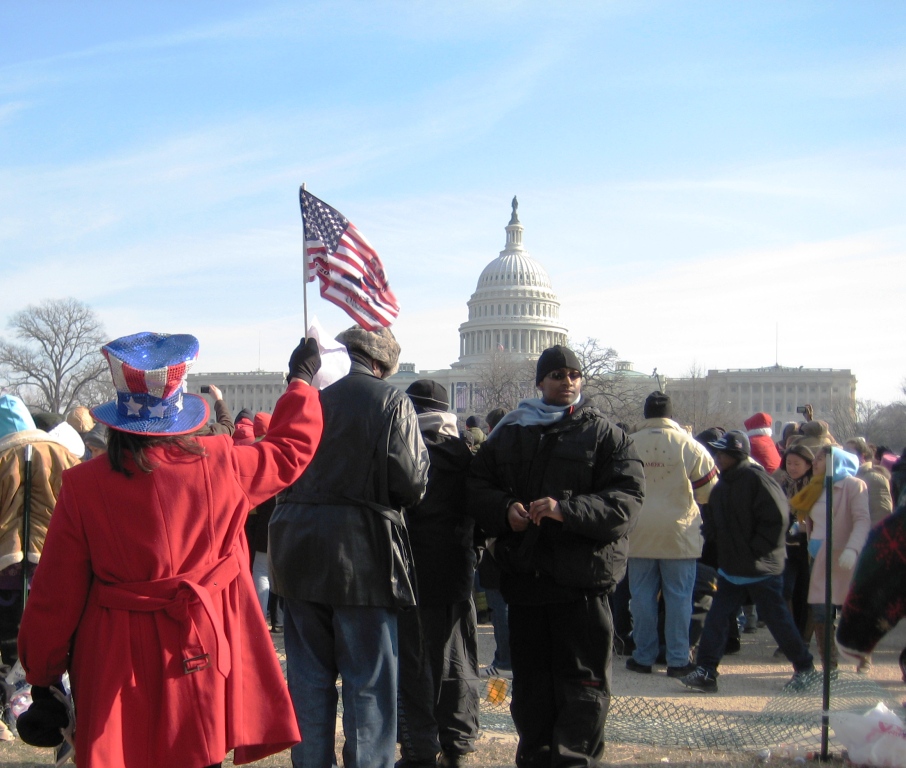 Right before Election Day, I received an email from some holistic healer asking me to remove her name from my political blog featuring Mitt Romney. Huh??? It took a few email exchanges to figure out she was referring to my pretty much defunct Tallahassee blog. The blog post in question was about various January 2008 workshops at a now-closed Tallahassee bookstore. An older post, which was a post or two above, was about John McCain visiting Tallahassee (not Mitt Romney). The healer’s concern was my blog was political in favor of the Republican Party and she didn’t want any of her clients think she’s associated with a political party. Honestly, I was offended. Not because she associated me with the Republican Party (I’m a registered Democrat) but because for someone being a holistic healer, she was ignorant and passing judgement on something she didn’t know. It also made me a little sad because someone who preaches tolerance was being intolerant. Just as I did this presidential cycle, in 2008 I attended as many presidential rallies as possible and shared my enthusiasm in getting to know the candidates from both parties. 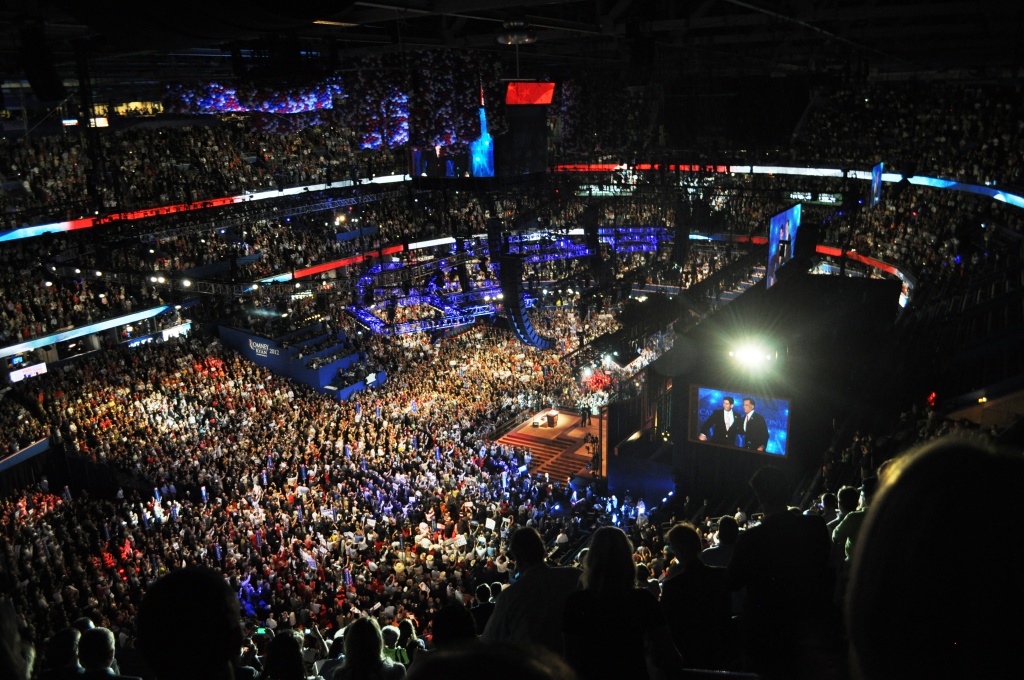 During the 2012 presidential election cycle I did my best to educate myself about the issues and intended to attend several rallies. Because of scheduling and not knowing when and where candidates would be until the very last minute, I only attended four political rallies: New Gingrich and Rick Santorum rallies in Sarasota, Republican National Convention on the evening Mitt Romney accepted the nomination, and President Obama in Hollywood, Fla., just prior to Election Day. 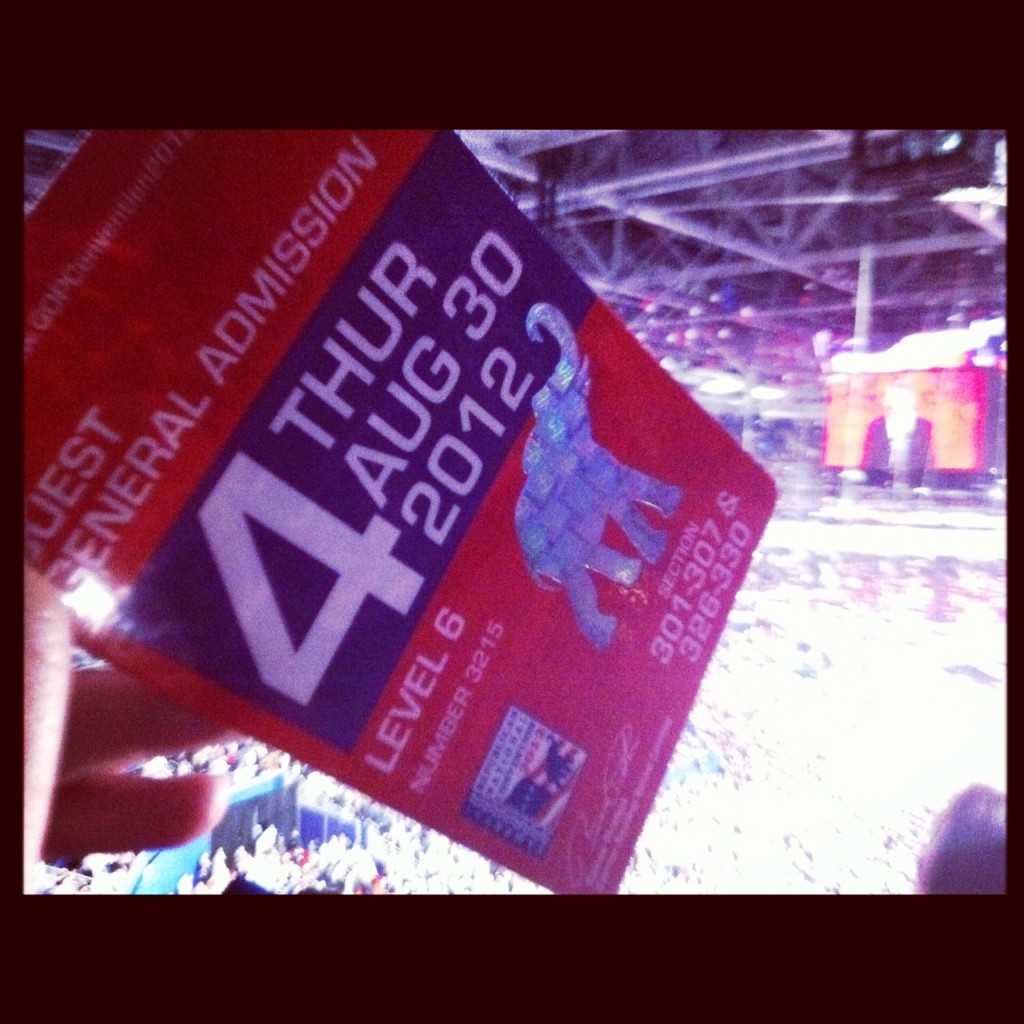 Badge to the 2012 Republican National Convention in Tampa, Fla.

Is Your Blood Red or Blue?
Presidential rallies are akin to huge high school pep rallies, designed to energize candidates and the respective political party. Sure, sometimes I felt like a traitor, depending on what the candidate or rally attendees were spewing, but I strongly believe no matter your party affiliation, as a voter it’s important to educate yourself about the issues. Rallies provide insight into the issues and candidates but importantly, they’re a window into the character of the people supporting the party. 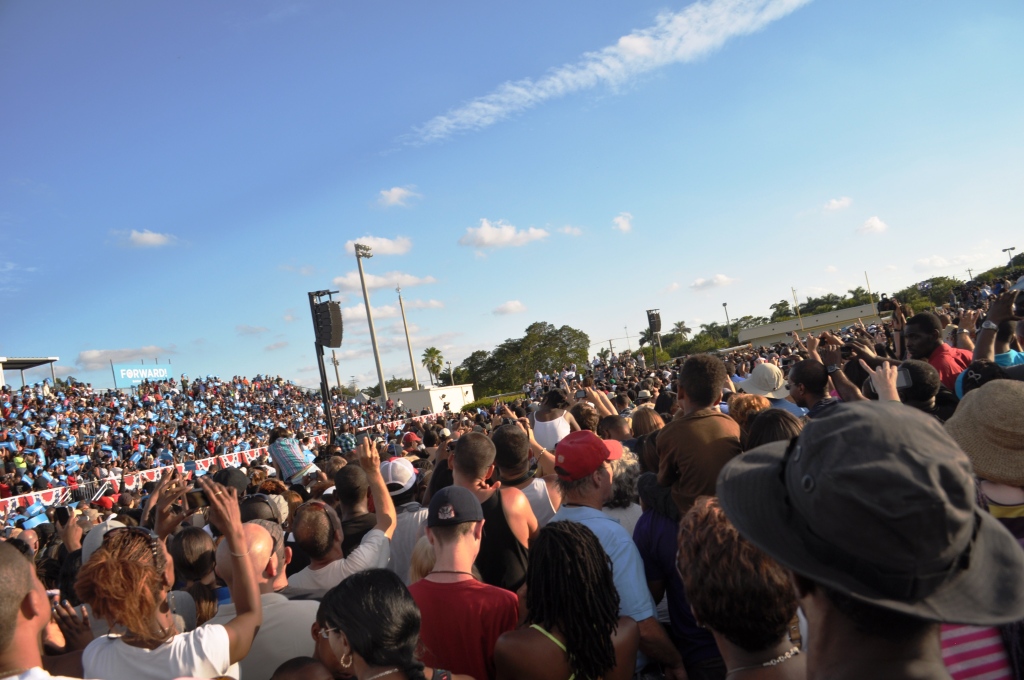 Labels suck and these days we seem obsessed with labeling people. With labeling comes stereotyping which sucks even more. Yes, I admit to doing it in this post but I have a point…

I’m heading off to the 57th Presidential Inauguration this weekend and yes the Democratic Party will be celebrating. However, it’s important to remember this weekend should be about celebrating being an American.

There was a moment during the 56th Presidential Inauguration when I was embarrassed being a Democrat. The crowd sang “Goodbye” (ya know, “Nah Nah Nah Nah Hey Hey Hey Goodbye”) as President George W. and First Lady Laura Bush flew overhead in a helicopter. Whether you liked him or not, as President of the United States he commanded respect and he didn’t receive it.

With President Obama being sworn in for a second term, the inauguration is a time to celebrate our liberties and recognize the sacrifices so many people have made through history in order to preserve our freedoms. It’s time we toss aside labels, stereotypes and special interests in order to come together to support and lift each other up. It’s also a time to respect those we disagree with.

My travel plans to Washington, D.C., were booked the morning of Election Day. No matter the outcome, I wanted to be in D.C. for the inauguration to celebrate our great country not as a Democrat but as an American.