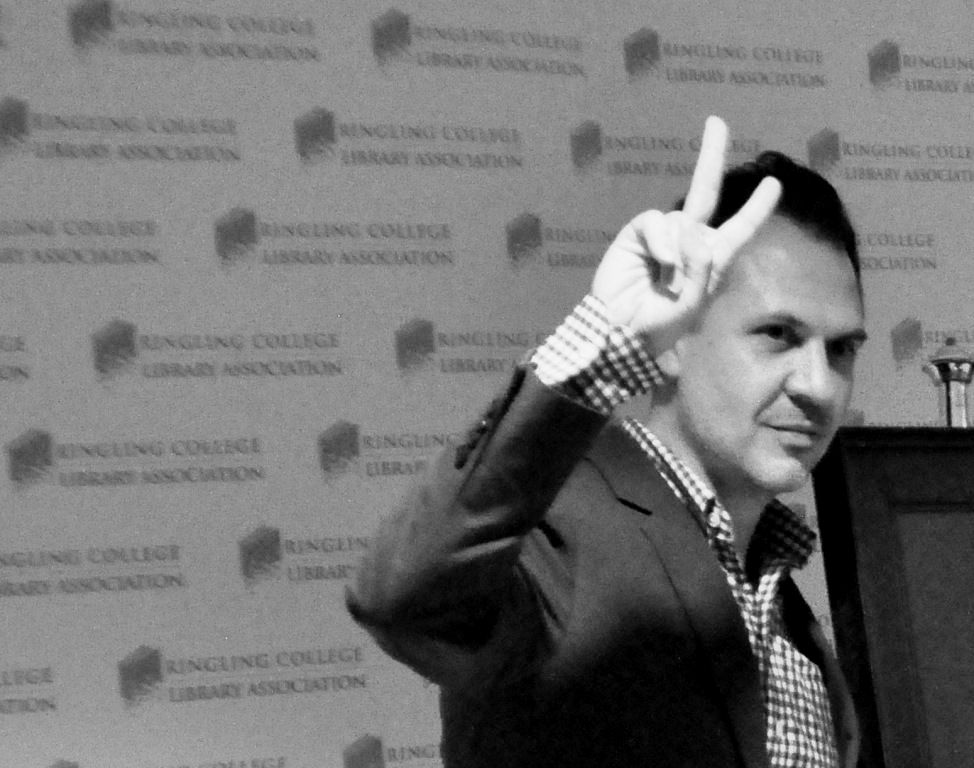 “I’m not really a photographer at all, I’m a storyteller,” said Platon during a press conference in Sarasota, Fla., Tuesday morning. “All I care about is the feeling and did it work. Did it reach you? Did it provoke you? Did it change your perception? Did it stir you enough to tell someone you know they should look at it?”

The London-born photographer, whose portraits have graced the covers of publications as Rolling Stone, Esquire, and Vanity Fair and has produced more than 20 covers for TIME magazine, was in town as part of the Ringling College Library Association Town Hall Lecture Series. He’s also the guy who took this much-talked about photo of President Bill Clinton. Storytelling through Photography
Later that evening, I attended Platon’s presentation and really wished I had seen it prior to the press conference. Unlike other RCLA Town Hall lectures I’ve attended, he had a slideshow presentation. I sat in awe, on the edge of my seat, delighted by his stories of meeting world leaders, celebrities and extraordinary heroes who live ordinary lives. Simply, Platon is a fantastic storyteller both visually and verbally.

“My job is to reconnect us with the people who hold a position of influence,” he told the media.

Indeed, images he showed the audience of about 1,700 in the Van Wezel Performing Arts Hall, stirred emotions. Some filled me with happiness while others, such as that of the President of Russia, Premier Vladimir Putin, chilled me with fear. The image of an American Muslim mother hugging the headstone of her fallen son, a soldier killed during Operation Iraqi Freedom, my heart sank but a photo of a warrior in the Egyptian Revolution displaying his scars on his back while grabbing his guitar filled me with strength. How does Platon capture emotion and the story in a photo? If we’re talking mechanics, he still shoots in film. As for philosophy, he sees everyone as equals.

“I don’t like idea that we put someone on the pedestal and think somehow that’s more than us,” he said. “My job is to tip the balance, celebrate people who perhaps had have had their freedom taken away from them and bring people the people of influence down to our level so we can understand them.”

And how does he connect with the people he’s photographing? He enters the studio carrying respect and being “highly attuned” to his senses. “As soon as someone walks into a room the information starts coming at you like an express train. And you just have to start reading it.”

Color or Black & White?
Platon shoots in both color and black and white and he selects what to use by determining the story he’ll be telling.

When photographing President Obama’s portrait, it “had to be black and white because black and white describes texture,” he said. “And he’s got the most amazing skin. You know there are a few gray hairs in his hair already and you want to reach out and touch it.”

As for Putin, “It was very different. It was an atmosphere that was cold. I felt that everything was this icy cyan blue. I felt like I was in a fridge. So it’s natural the color spectrum was important. It wasn’t so much about texture it was about feeling of his cold eyes, his cold background. Everything was almost harping back to the cold war.” Passing the Gavel
Following the press conference, Platon was presented with a portrait by Ringling College of Art & Design Victor Maury. It’s a computer illustration printed on canvas to look like an oil painting. It took the third-year student four days to create the portrait.

Sharing the Stories of Extraordinary People Around the Globe
Platon is documenting human rights efforts through The People’s Portfolio. Through his powerful imagery he’s documenting global efforts dedicated to “respecting and upholding human rights and human dignity.” he organization is working with NGOs and selecting social issues needing urgent awareness. The mission is to “humanize statistics, promoting compassion and advocating responsible citizenship among members of the global community.” Learn more about The People’s Portfolio on its website. 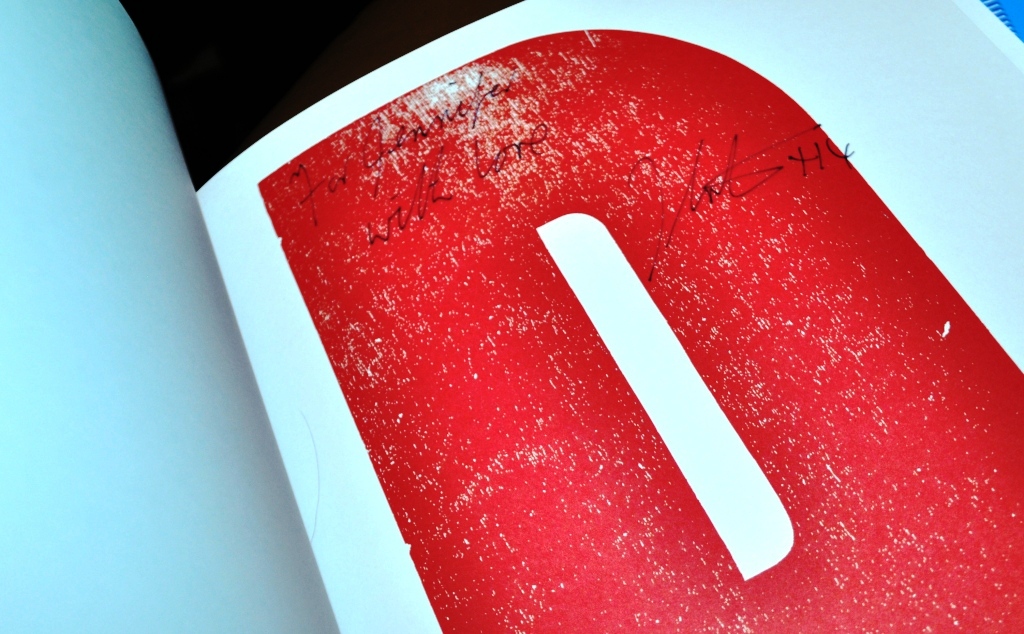 Platon Signed His “Portraits of World Leaders” Book for Me and Signed it “Wtih Love.” Just Warms My Heart.

If you have a chance to hear Platon speak or an opportunity to see his photography, don’t miss it. He has a true talent in humanizing larger-than-life personalities and highlighting the extraordinary in everyday heroes. Platon’s compassion for people from all walks of life warms my heart.