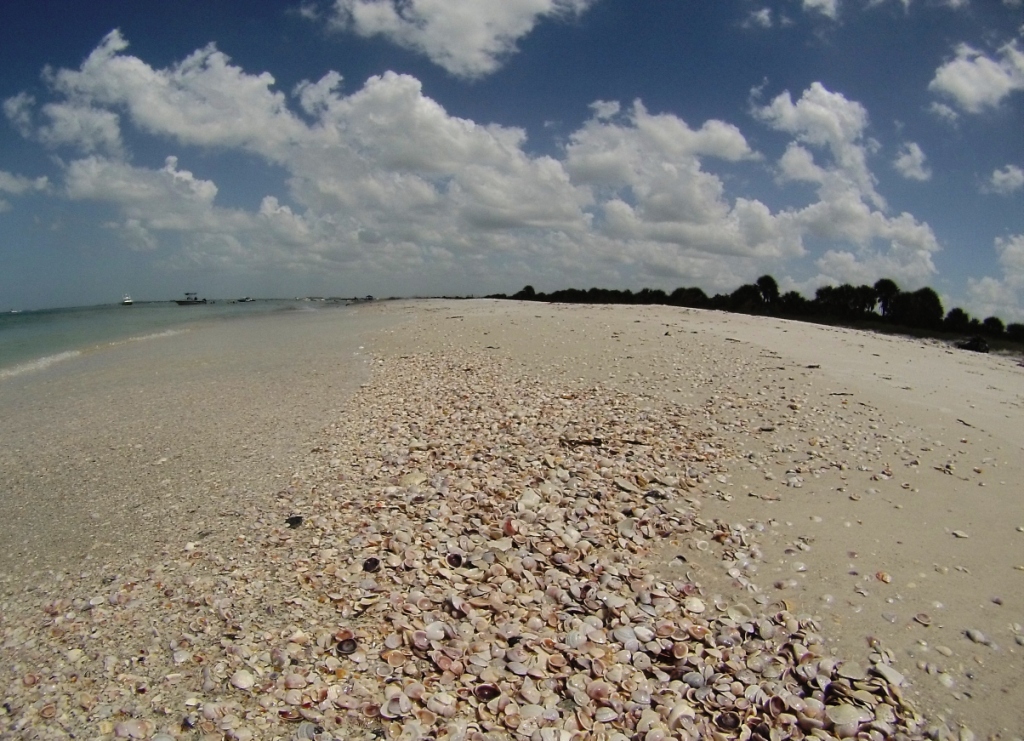 Warning, I’m coming off cloud nine from the most excellent weekend getaway to Dunedin, Fla., which included brief visits to Cortez and Tarpon Springs. The trip was full of sunshine, Gulf breezes and new experiences. I certainly found summer bliss in my Florida backyard. 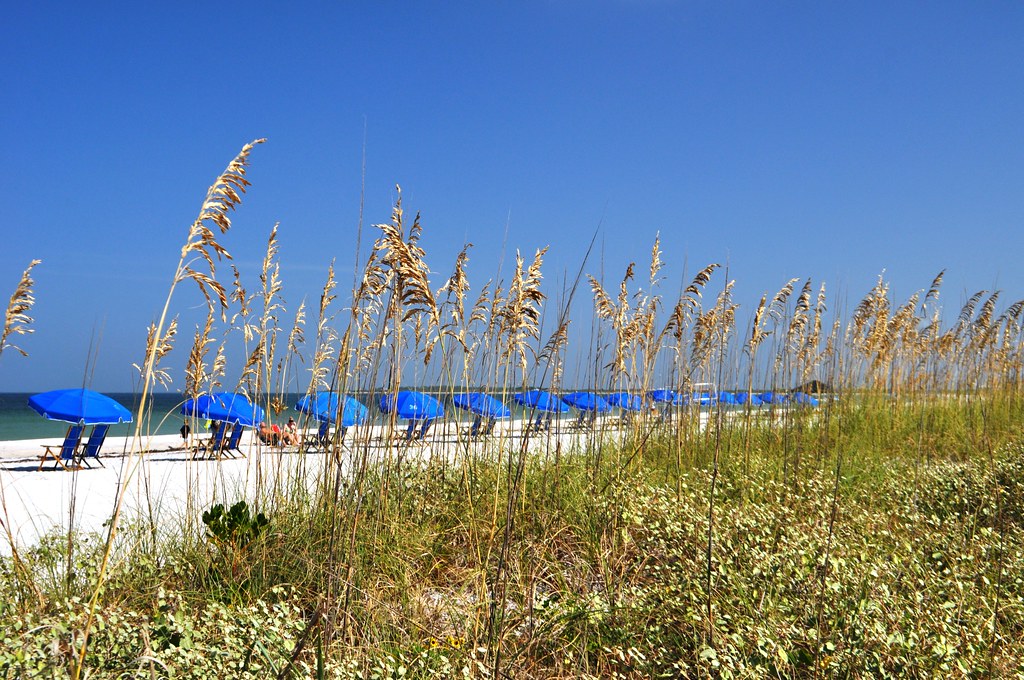 #IDreamofSummer
As I dipped my toes in the soft sand of Caladesi Island State Park, I wondered, can life get any better than this? Sure, the sun was HOT, had to be 90-some degrees, but I was on an island only accessibly by boat and found my own piece of paradise away from the small concentration of other beachgoers. Gulf of Mexico breezes kept me cool as it played with my hair and rolling waves of the aqua-colored water hypnotized me. 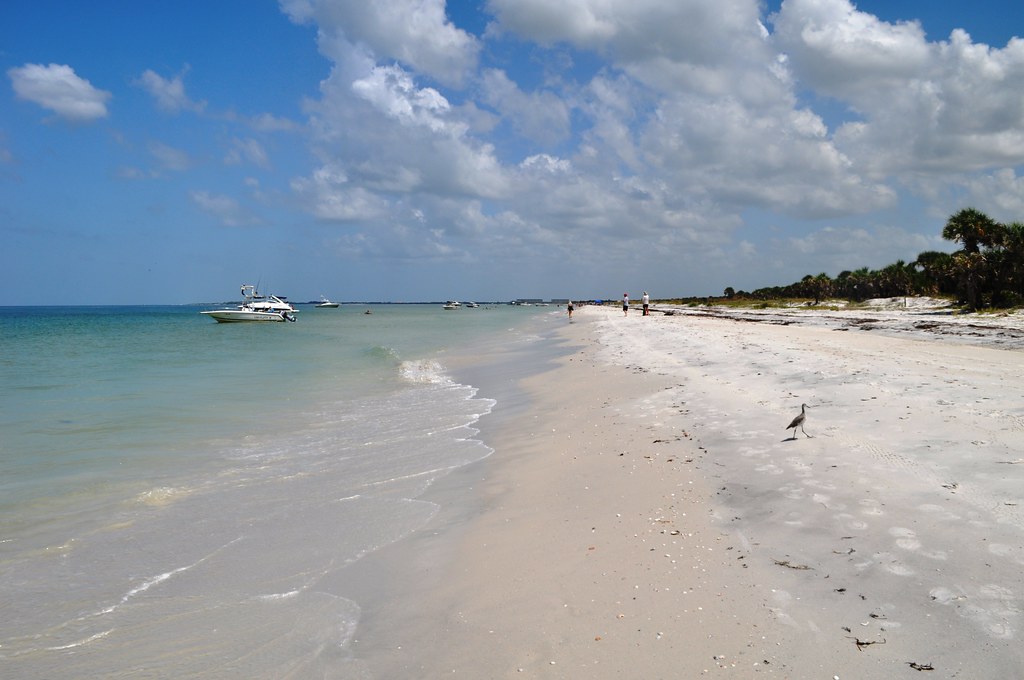 The day was pure bliss. 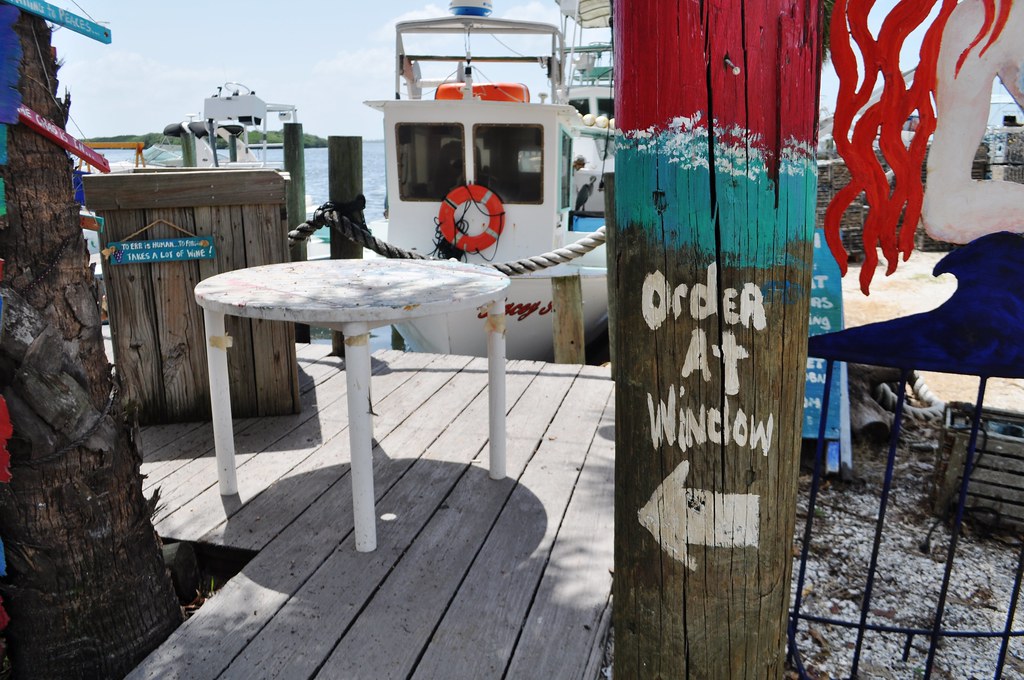 Lunch in Cortez
The only thing better was the previous day. I caught up with my friend and travel journalist Lucy Tobias with an incredibly fresh and tasty lunch at the Star Fish Company in Cortez, near Anna Maria Island. Mother Nature was good to us as we sat outside on a dock. Water gently splashed beneath and next to us refreshing breezes reminded us why we lived in Florida. 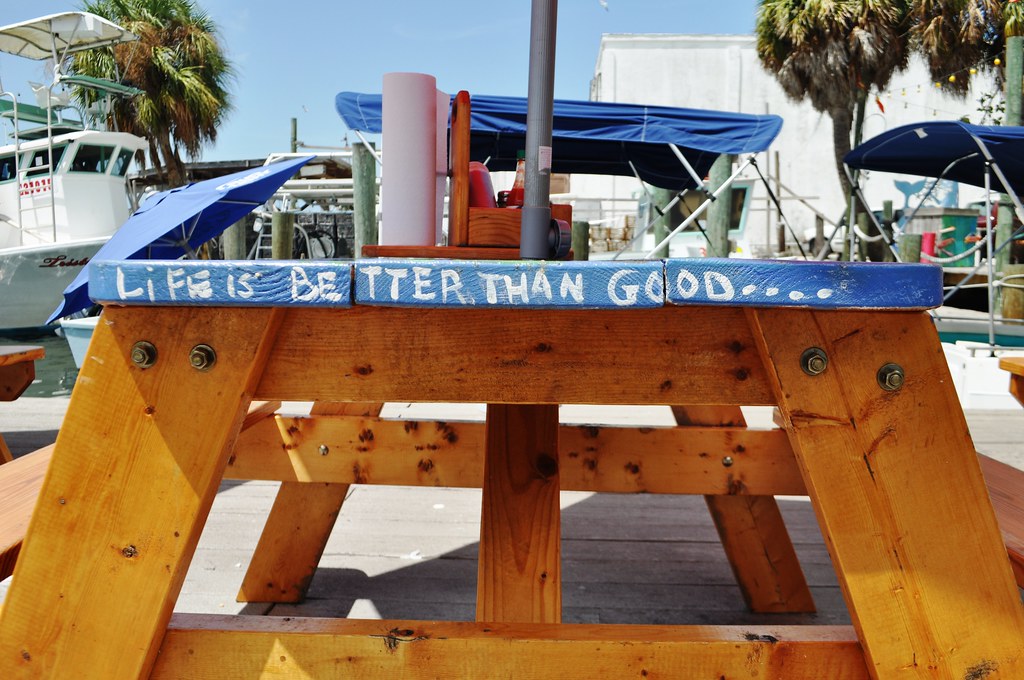 It was so difficult to choose what to have for lunch. Fried Gulf shrimp? Grouper sandwich? Oyster Po-boy? I opted for one of my favorite Southern dishes, shrimp and grits. Oh. My. Goodness. Had to be one of the best shrimp and grits dishes I’ve ever eaten. I opted for fried shrimp which were coated in a light and crunchy batter which complemented the creaminess of the grits. All entrees are served in a white cardboard box and mine came with a side of coleslaw. If you go, bring cash. You order at the counter and your meal is brought out to a picnic table. When you drop a tip in the jar at the counter, they’ll ring the bell to thank you. 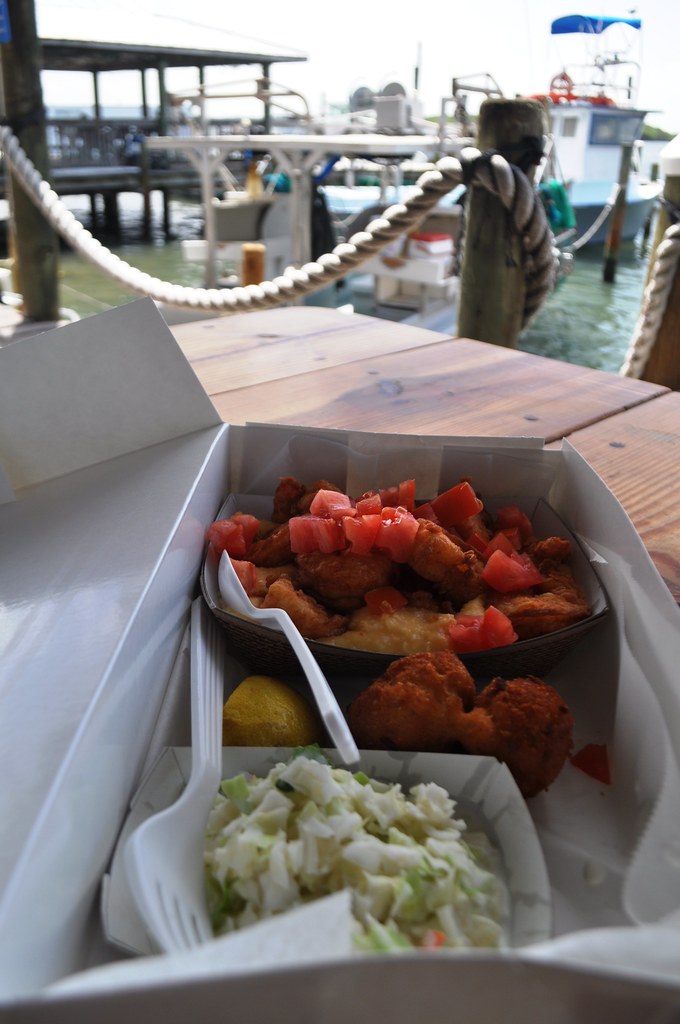 A Trip to Anclote Key from Tarpon Springs
This most excellent adventure led me up to the Sponge Docks of Tarpon Springs, a Greek community internationally known for its fine-quality sponges. (“Fine-quality” – their words, not mine. Apparently, rating sponges is a business?) It wasn’t my first visit but I did something I had not done before, took a boat tour from the docks. 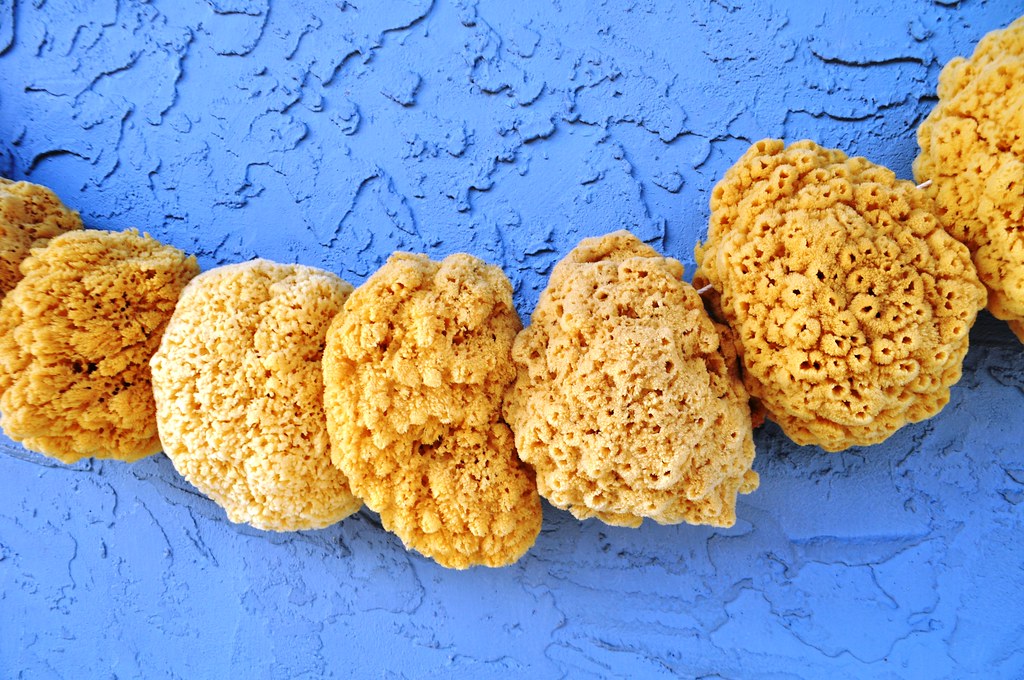 I mean no disrespect in saying this but Tarpon Springs is deliciously touristy with its abundance of gift shops, restaurants, aging museums, and boat operators pushing their cruises to tourists on the streets. Chances are, you’ll go home with an over-priced sponge with intentions of using it but then wonder, “WTF? Why did I buy this?” I mean, I think by the time you’re an adult you’re either a sponge person or not. 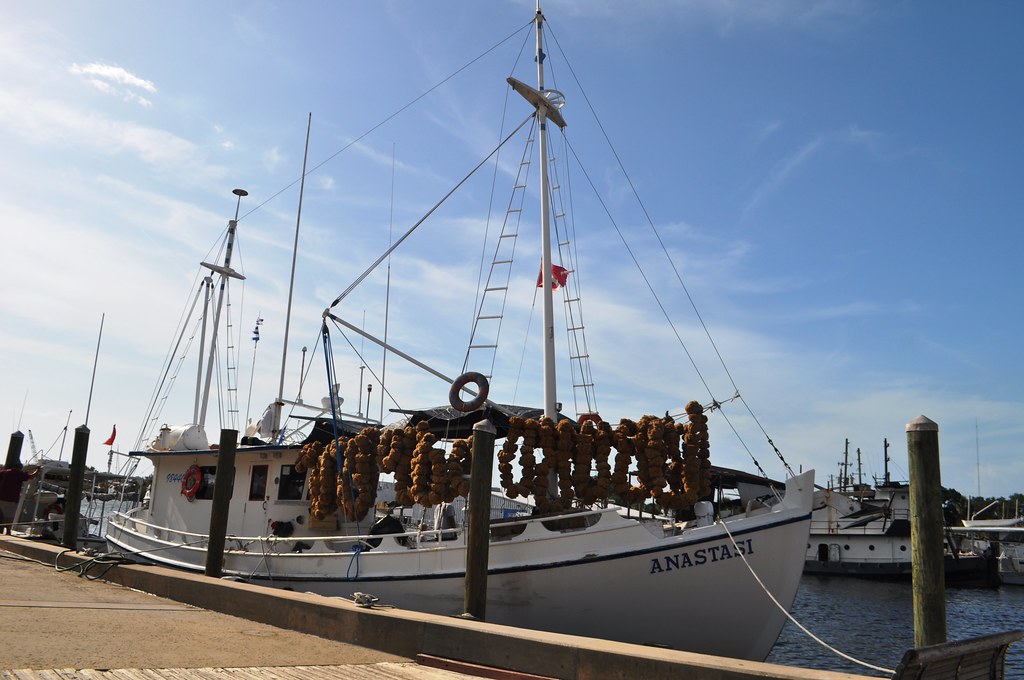 Note: Plan on paying to park unless you luck out and book a boat tour in advance or find free parking with some other type of deal. 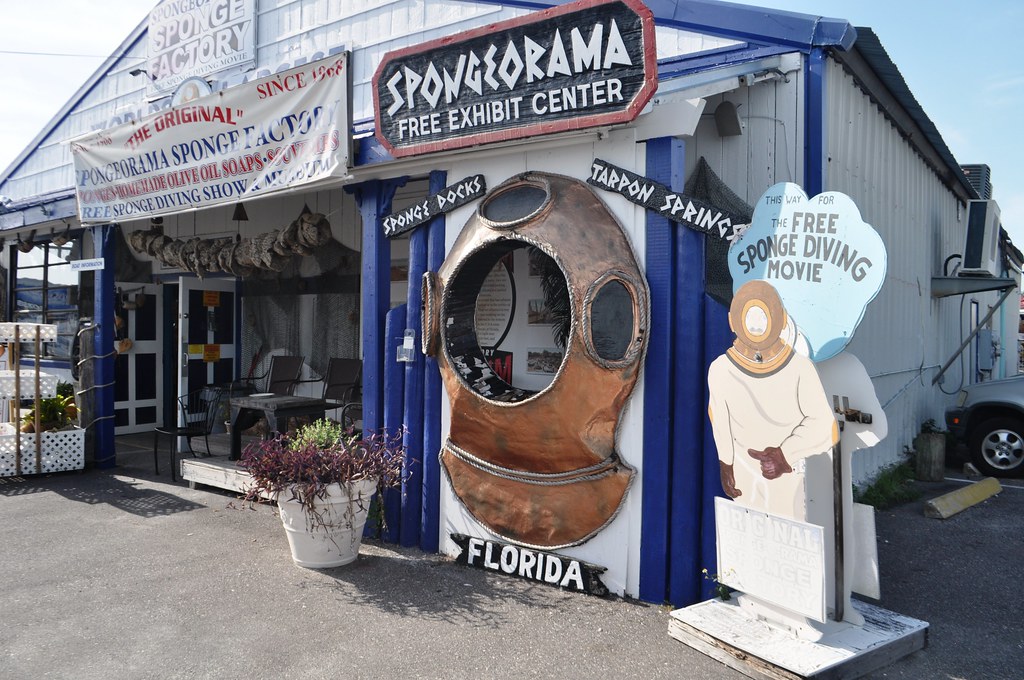 Unsure of boat tour availability, I ended up booking a tour with Sponge-O-Rama Cruise Lines which advertised an “Island Beach Cruise” to Anclote Island. The reason I booked the tour with this company was its departure time. I’m guessing booking in advance wasn’t really necessary but it gave me peace of mind in knowing a seat was waiting for me. 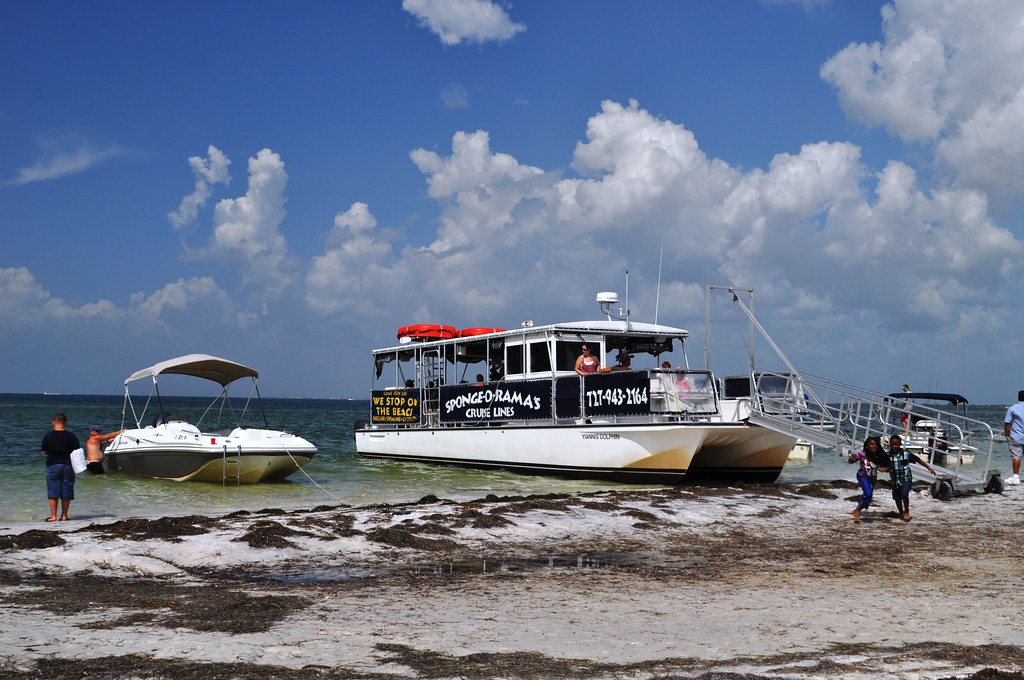 TripAdvisor reviews weren’t as positive as ones for another tour company but again, the time worked with my schedule. It wasn’t a bad tour, it was two hours which included 30 minutes on Anclote Key and I’m not even sure that’s where the tour dropped the group off. It looked like a low tide sandbar rather than an island (or key). 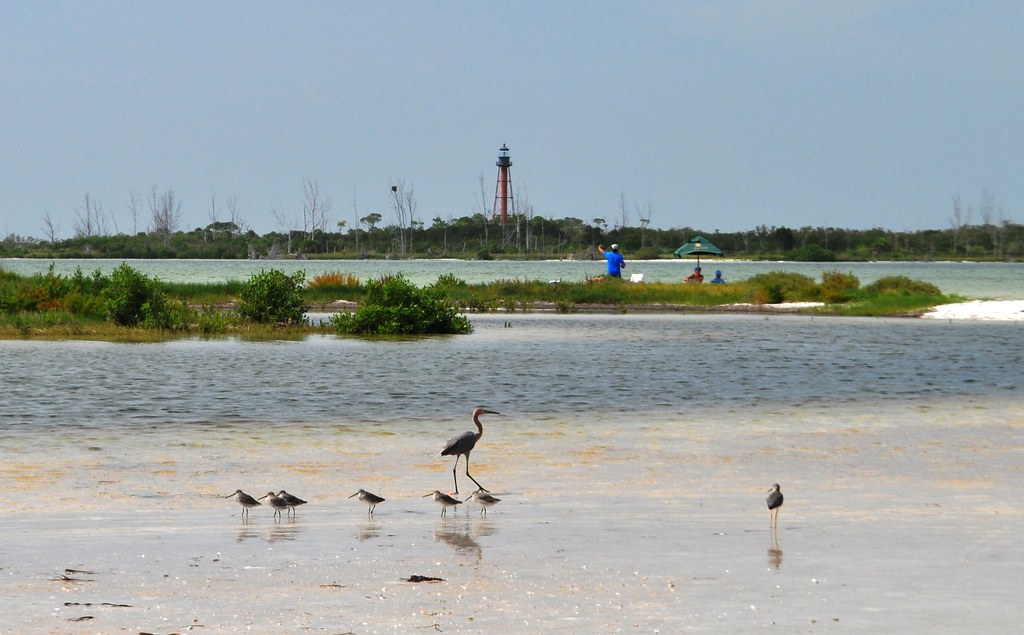 Either way, it sure was beautiful out there. I didn’t gather seashells but admired the birdlife, sea life, gentleness of the beach’s slope into the warm water, and peaceful tranquility despite the abundance of people. 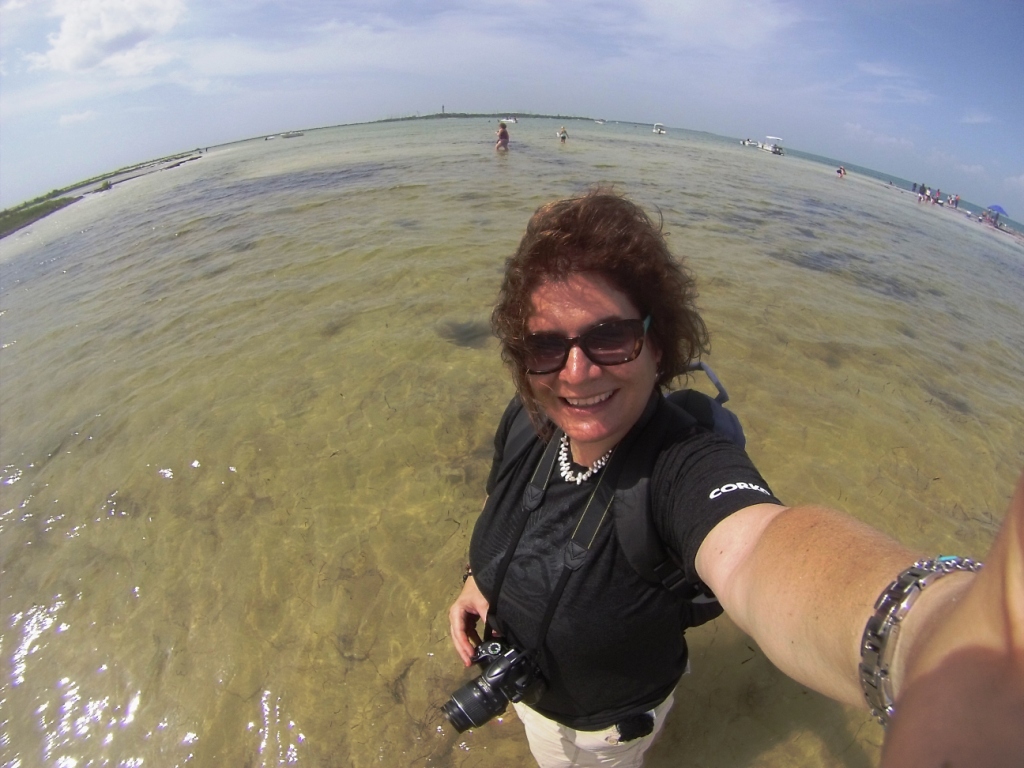 If you cruise with Sponge-O-Rama Cruise Lines, an assortment of beverages are for sale, they provide plastic bags if you wish to collect seashells (no live shells!), and offer some narration. Don’t forget to tip the crew. 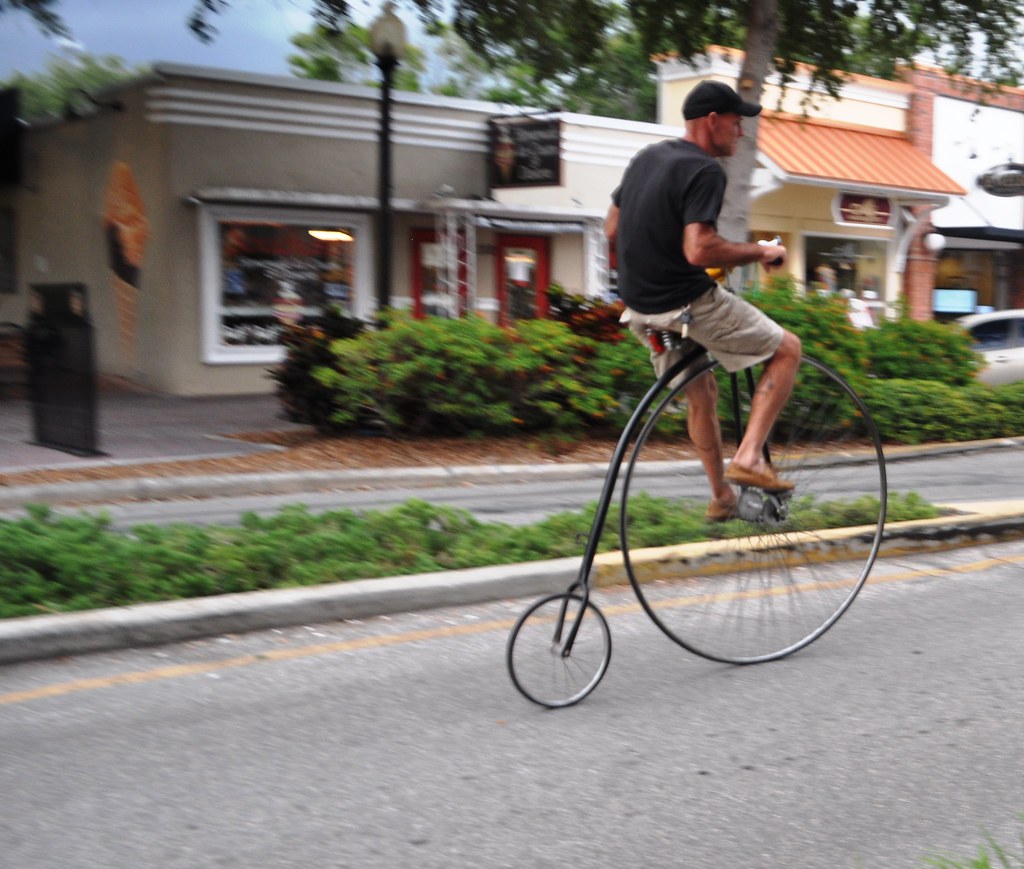 Adorable Downtown and Sweet Dreams in Dunedin
I spent the night in Dunedin at the Best Western Plus Yacht Harbor Inn, less than a 20-minute drive south of Tarpon Springs. A friend raves about Dunedin and decided I’d see what all the excitement was about. My verdict? It’s adorable! My regret is not to have planned more time to get to know this sweet community. 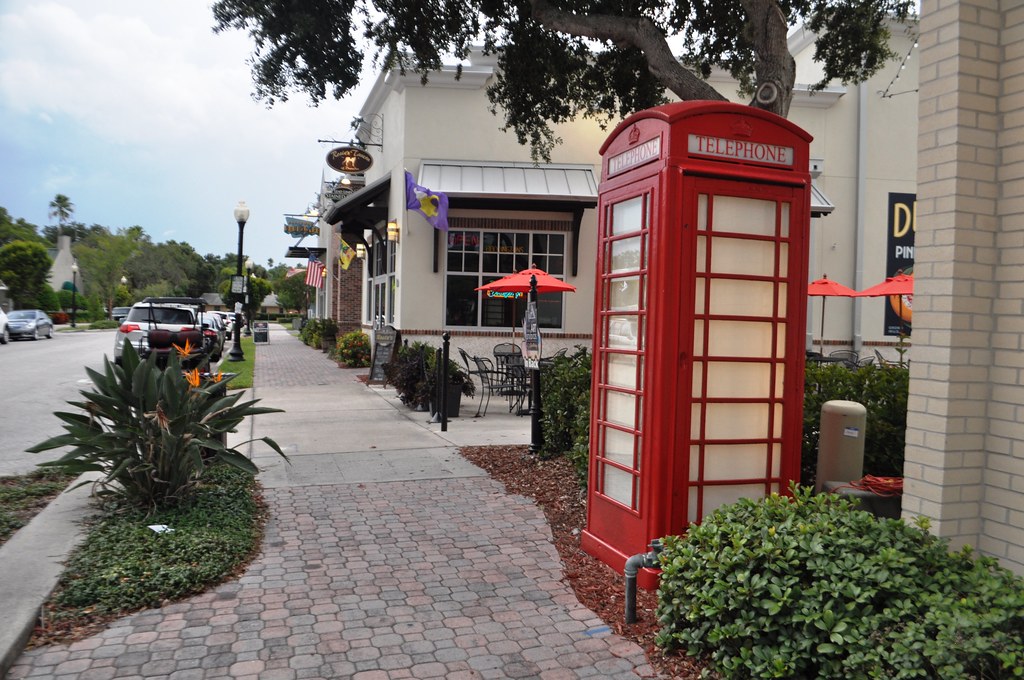 The Best Western is in a picturesque setting and really couldn’t believe this was my retreat for the evening. Lush palm trees waved in the wind, almost as if welcoming me as I drove in. The hotel is located across from the city-owned marina and fishing pier. 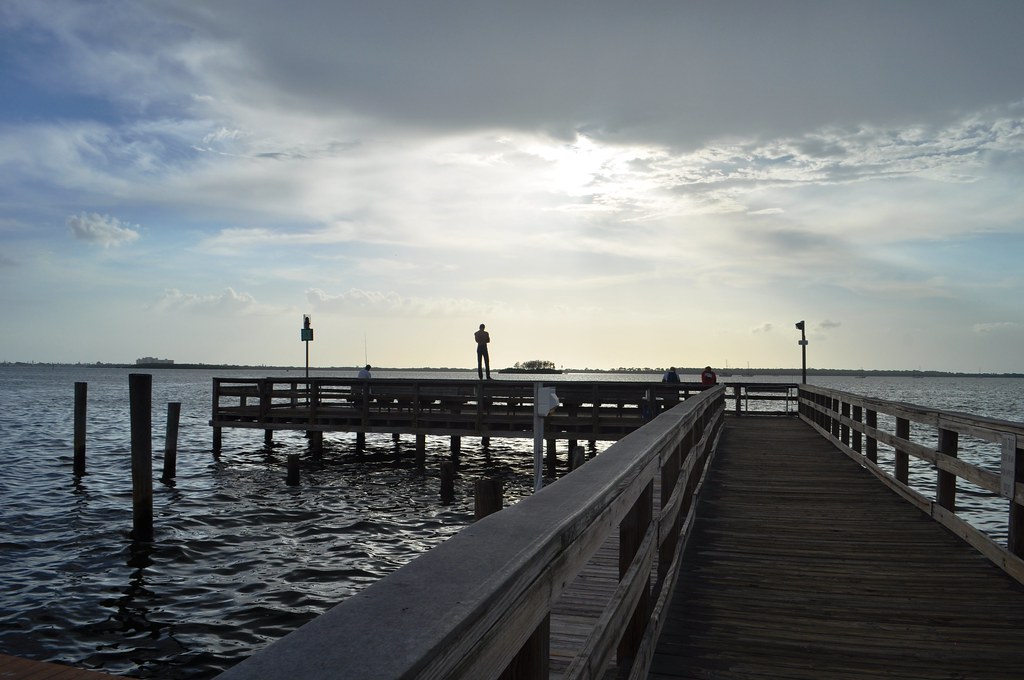 Growing up, one of my favorite activities with my grandpa was going down to a marina in Sarasota in the evening and admire boats and watch fishermen reel in their catches. I relived some of my childhood by walking through Dunedin’s marina and sitting at the fishing pier watching Mother Nature’s lightning show over St. Joseph Sound while anglers cast their rods into darkness. 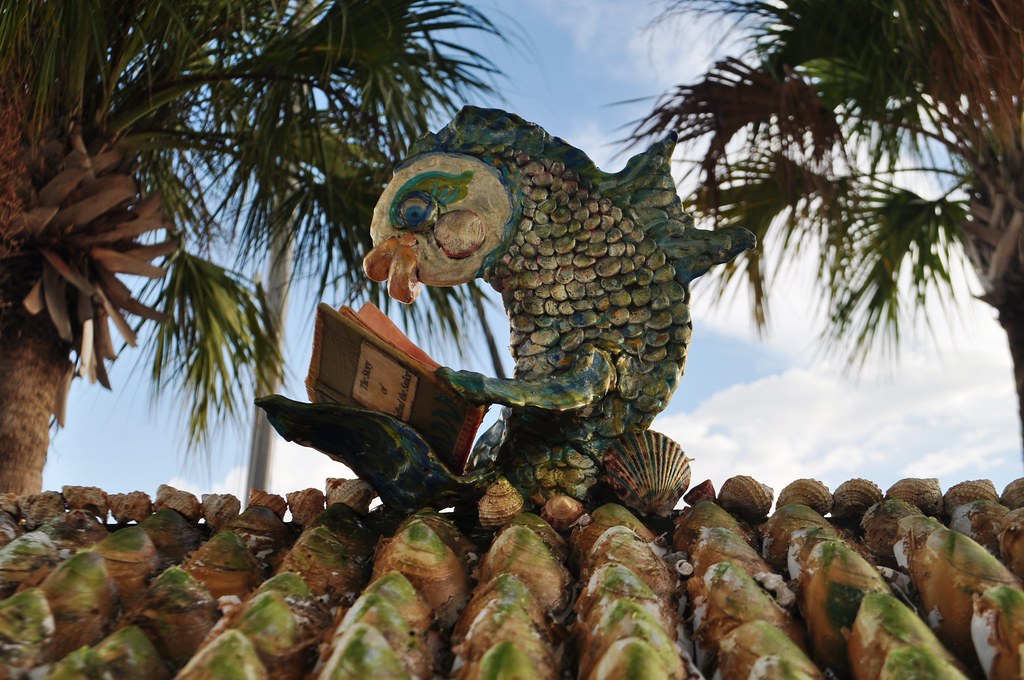 Before nightfall, I walked downtown where I grabbed an ice cream cone from Strachan’s Homemade Ice Cream and licked it up before it totally melted all over my hand. My opinion of downtown is based on probably an hour’s visit, but the community seems colorful, playful, dog-friendly and bicycle-friendly. 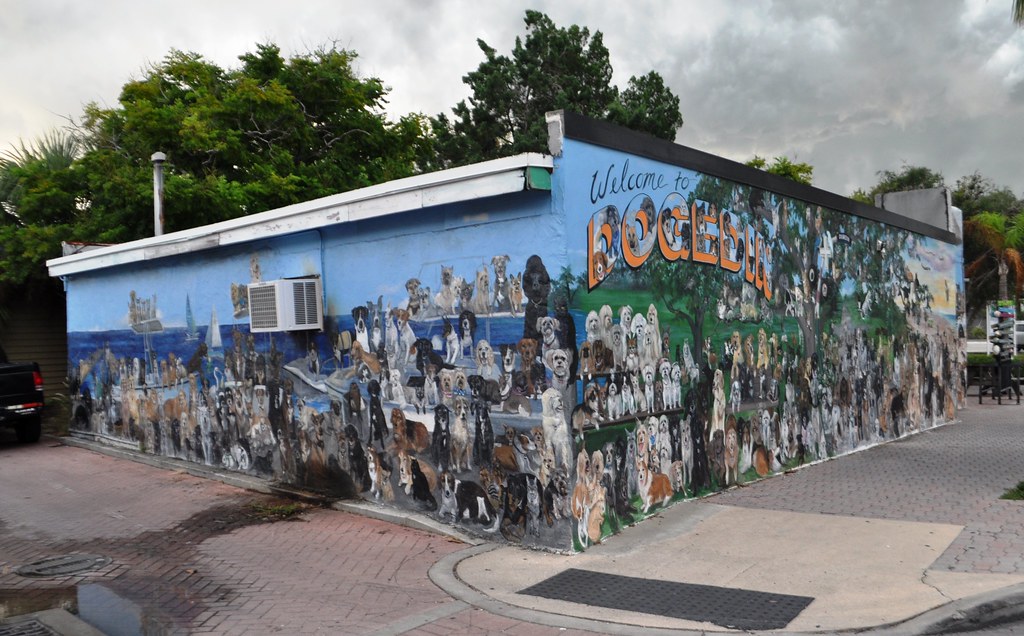 I noticed some restaurants catering to pooches in their outdoor dining areas and saw Murals for Mutts on different buildings. After doing a little research, this organization paints pet portraits and pet murals around the country in communities to raises funds for animal welfare. 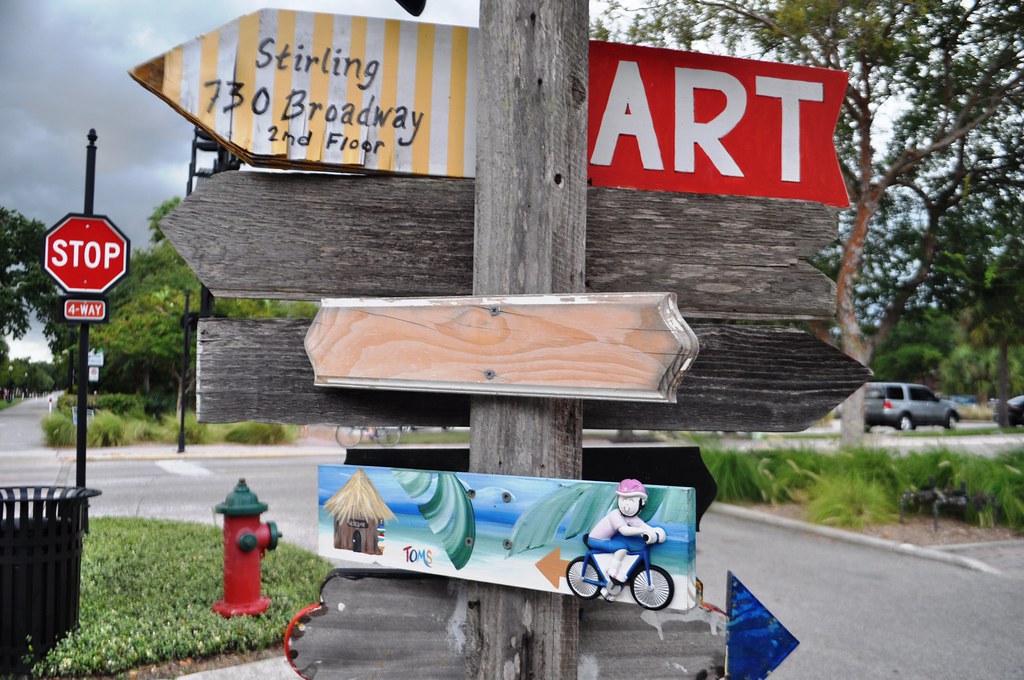 Several bicyclists were taking advantage of the Pinellas Trail, an abandoned railroad corridor now a recreational trail running from St. Petersburg to Tarpon Springs. A couple of bike racks I spied were playful, one by a former railroad terminal had a train design while another had a fish design. 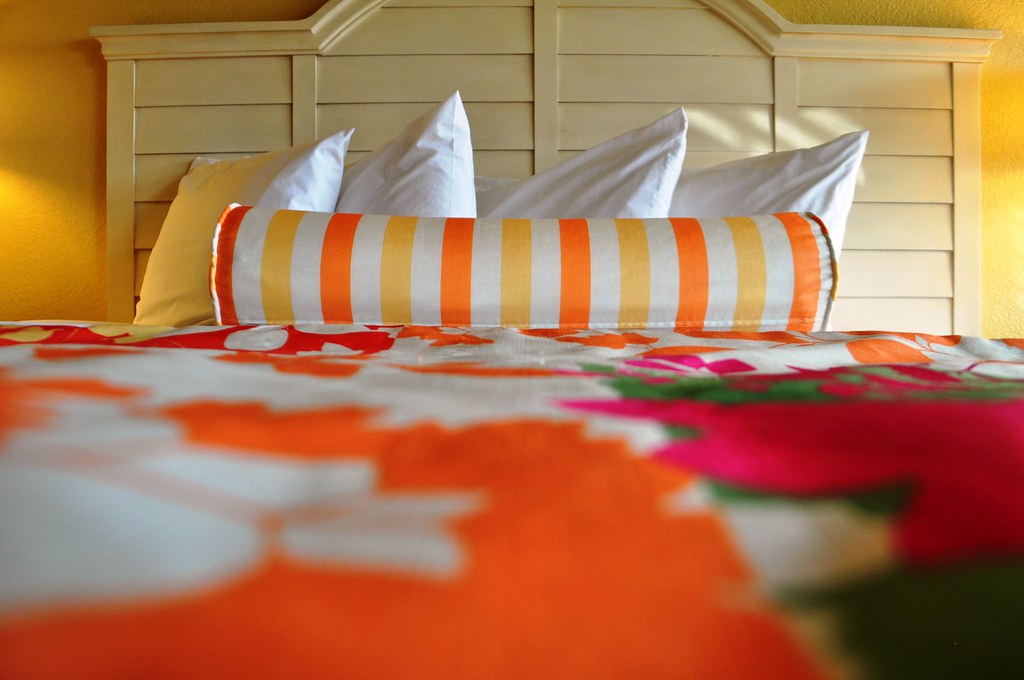 In front of the Best Western was a Little Free Library station, which was so cute! If you’re not familiar with what a Little Free Library is, it’s an international movement to promote the love of reading and literacy by creating free book exchanges. Take a book, return a book, leave a book. This adorable one was decorated with seashells and had a red-lipped reading fish on top. 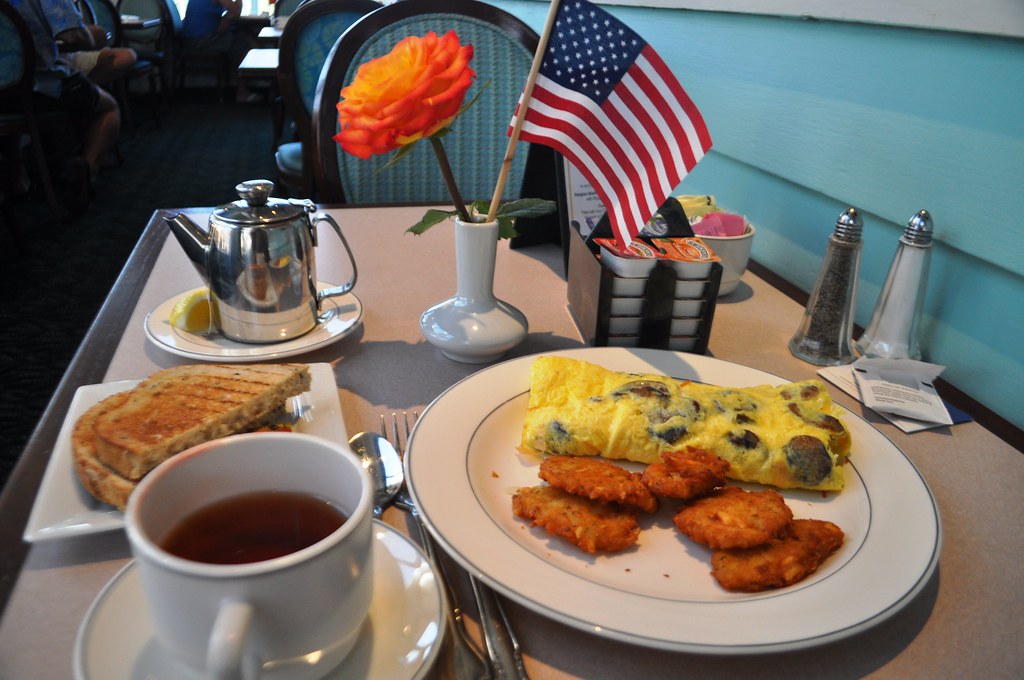 Dining at the Best Western Plus Yacht Harbor Inn
This Best Western offers dining in the casual Marina Café and more upscale Bon Appetit restaurant. In the Loop Bar, next to the restaurant, was serving up lively beverages and entertainment. I grabbed a dinner of fish tacos and washed it down with a pumpkin stout at the Olde Bay Café, a stone’s throw from the hotel. 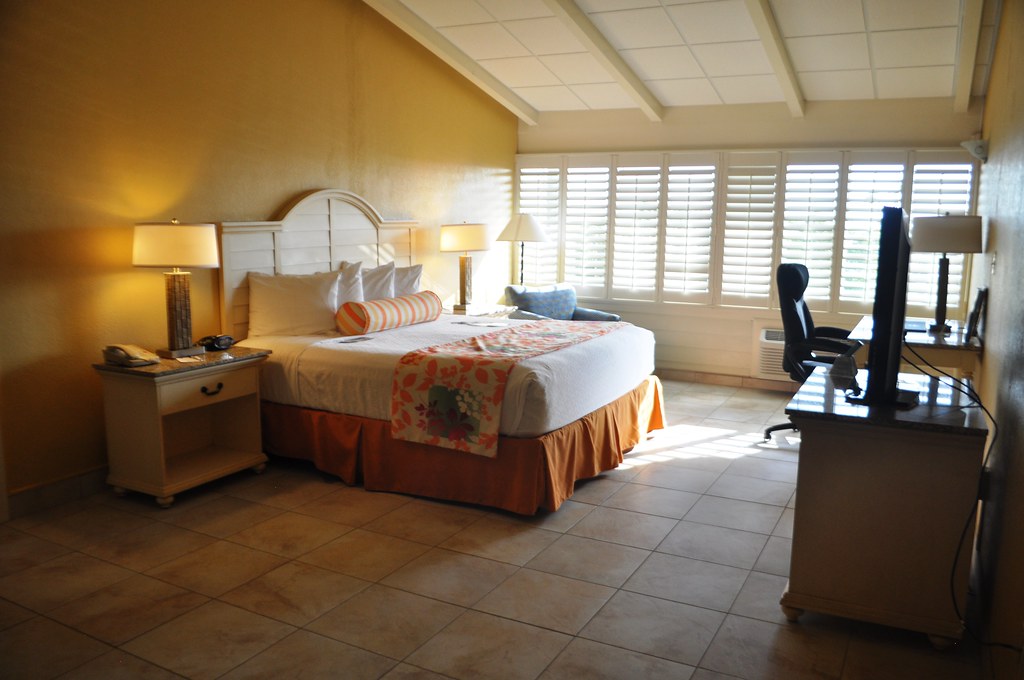 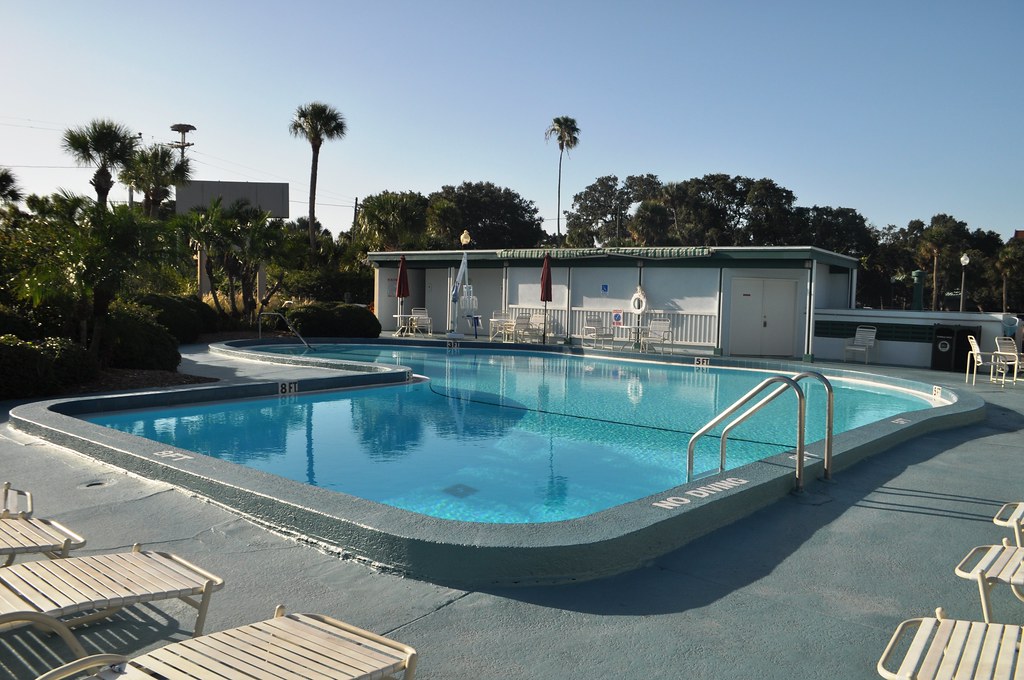 My hotel room was large and comfortable. I appreciated the free Wi-Fi and thought it was interesting – although it turned out to be convenient – there was a scaled-down mini-bar in the room with water, sodas, and munchies. I didn’t realize Best Westerns offered that. 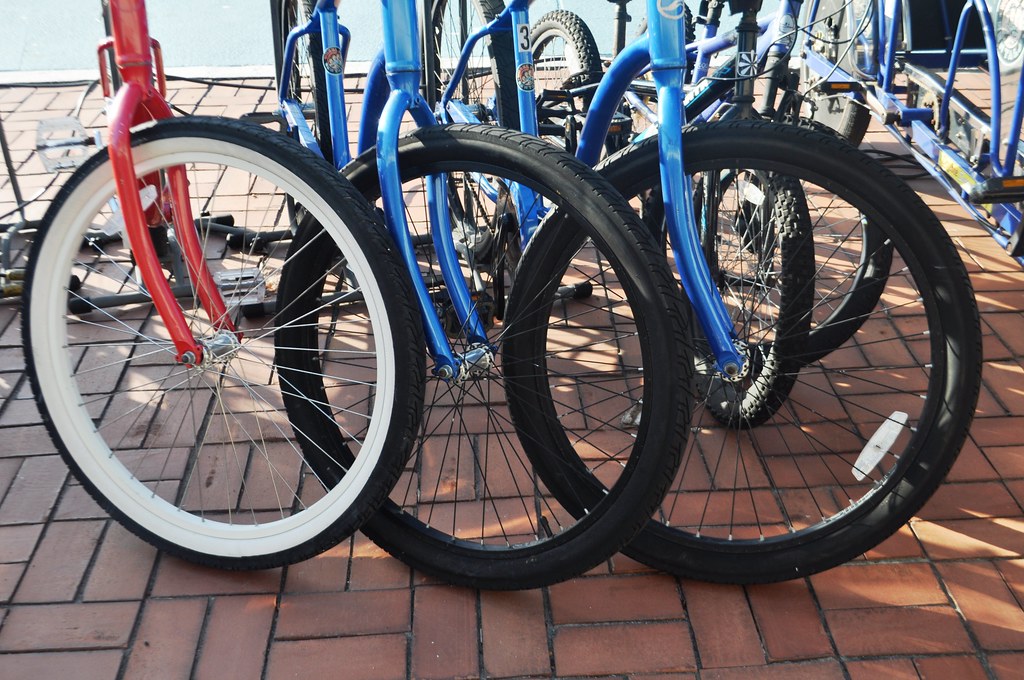 Bicycles are Available for Rent at the Best Western Plus Yacht Harbor Inn, Dunedin, Fla., Aug. 2014

Had I more time at the property, I would have taken a dip in the gorgeous pool or rented a bicycle to hop on a portion of the Pinellas Trail. One thing’s for sure, I’ll be heading back to Dunedin to explore the galleries, shops and taste some of the other restaurants. And, I’d love to get back to Caladesi Island. Staying at this Best Western made it convenient to catch a boat out to the state park as well as enjoy modern comforts. 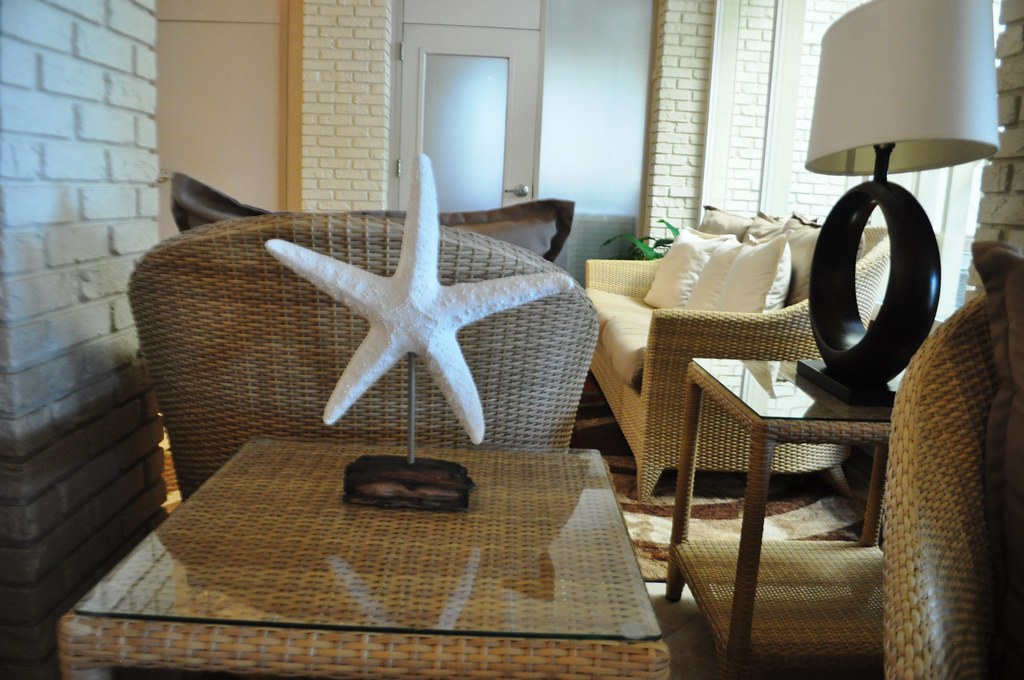 Life is Good in Florida #LoveFL
As I drove back home with my head still on cloud nine, I recalled what Lucy told me the day before as we soaked up the sun and savored our fresh Florida seafood.

Indeed, we are. It must be the sunshine. 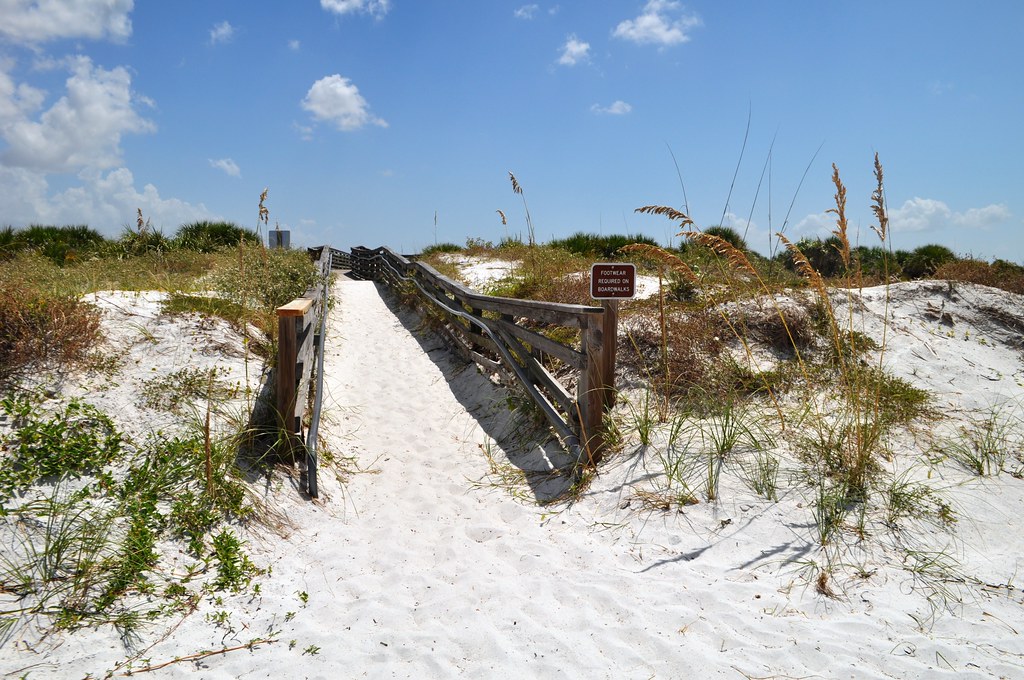 View additional photos of Caladesi Island State Park, Dunedin and Tarpon Springs in this Flickr album.
Disclosure: Best Western provided me with a gift card in order to stay at any one of their properties worldwide in order to share my experience. Opinions in this post are my own and this post has not been reviewed by Best Western.