Business is Business. Haggling is an Art Form in Guatemala

Home » Solo with Others » Business is Business. Haggling is an Art Form in Guatemala 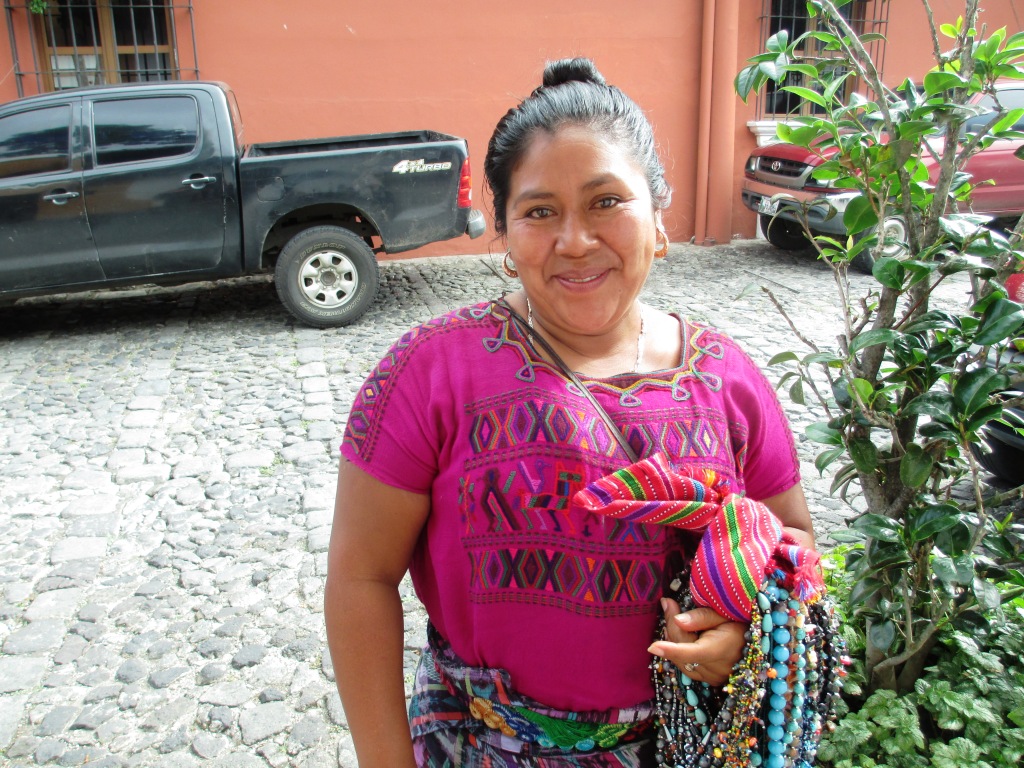 Clara, a Smart and Witty Businesswoman in Antigua, Guatemala, May 2014

“I’ll make you a deal. Business is business and I’m a businesswoman,” said Clara, the street vendor outside the Porta Hotel (Antigua). She “greeted” our group every morning during last month’s trip to Guatemala.

Brightly-colored tapestries made with traditional Guatemalan fabric were folded and balanced atop her head as she followed me from the hotel entrance to the bus.

“Hello, Friend. Would you like to buy one?” she said holding up a tapestry while more draped over her shoulder and beaded necklaces dangled from one of her arms.

““No thank you,” I politely replied. 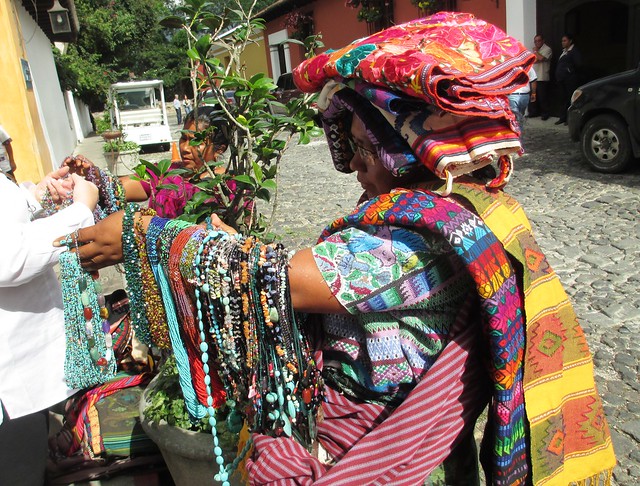 She persisted and before getting onto the bus, she told me she would wait for me the next day. I told her on my last day I would think about buying something.

When the final day came, I kept my promise, as did my traveling companions, and checked out what she had. I was somewhat low on cash (I waited to exchange money at the hotel and some of my bills were not crisp so they wouldn’t accept it) and wanted the best bang for my buck, err, quetzal, in finding the perfect Guatemalan souvenir.

I stepped into a haggling game in front of the hotel between two of my traveling companions and Clara. Ugh. I’m not a fan of haggling. My last three cars have been Saturns because the company had a set, non-negotiable price. Haggling is part of the Guatemalan culture and not participating in it is a bit of an insult so I unwillingly played the game. 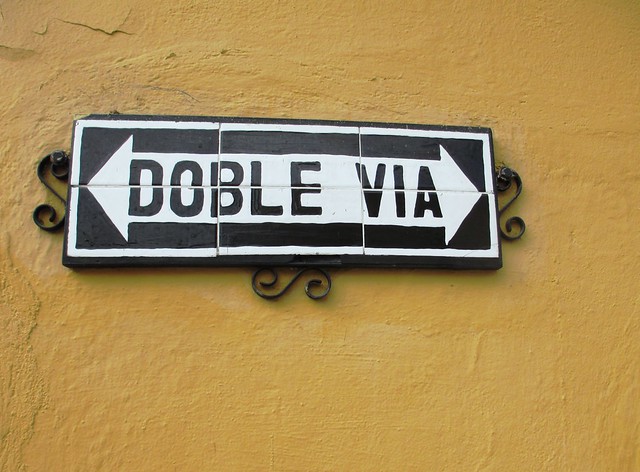 “Are these handmade?” I asked.

“Yes, they’re handmade, I don’t make them with my feet,” Clara replied. Nice. A response I can respect and appreciate.

“When do you make these?” I asked.

“I go home in the afternoon to make them,” she replied.

I ended up buying one tapestry from Clara and three necklaces from her sister. My traveling companions purchased much more and probably helped her meet her monthly quota.

After visiting a tourist-centric craft market in Guatemala City, although I got a good deal from Clara, I could have gotten a better deal at the market. Her prices were about twice as much as what I and others found in the market. 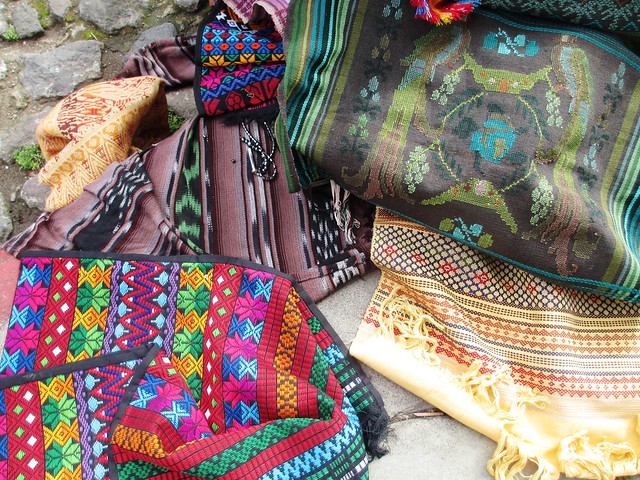 But you know what? Clara is a very smart businesswoman and salesperson and I respect that. Albeit a very different one to the type found at home. It feels like an old fashioned style of businesswoman. Today we are used to businesswomen using computers and application development tools to make sales, not the street. Nonetheless, salespeople everywhere can learn from her. Why? 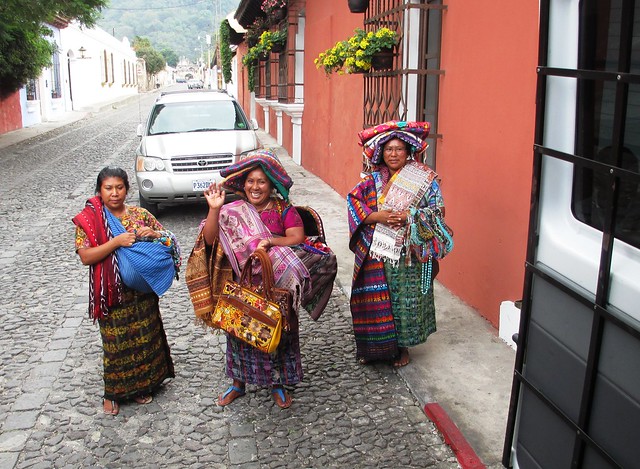 Thanks, Clara. The experience was priceless.