I tweeted earlier this week, “1920 – Less than 100 years ago the 19th Amendment granting women the right to vote was ratified. Don’t throw it away, vote! #vote2010”. Mid-term Elections are less than a week away. Please exercise your right to vote on Nov. 2. Why wouldn’t you? 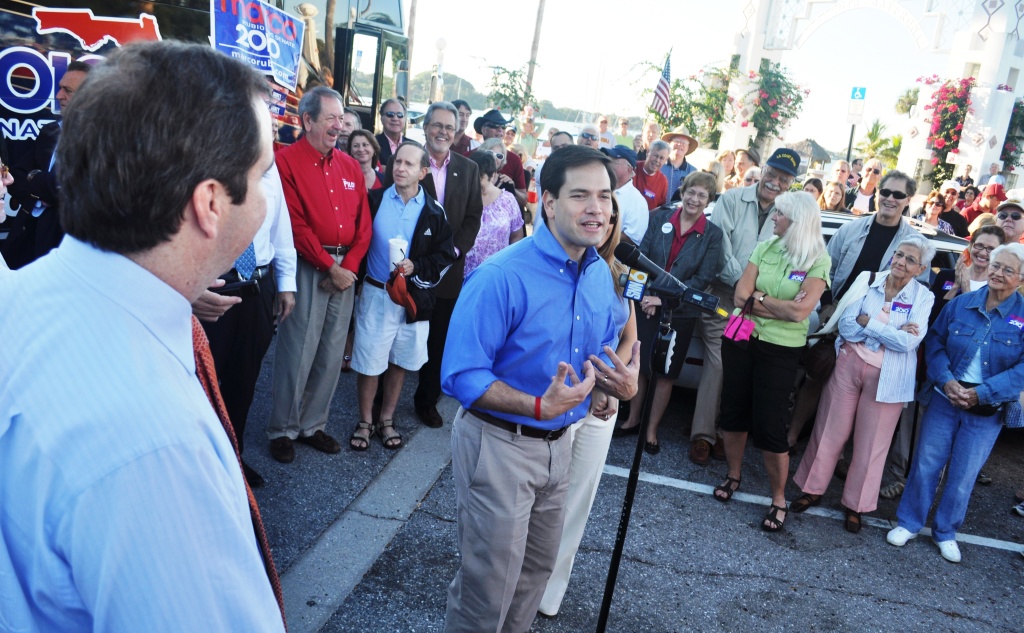 I don’t care your political affiliation or who you cast your ballot for, just vote!

Pictured: Marco Rubio, Republican Candidate for the U.S. Senate, made a campaign stop in Sarasota earlier this month. Former New York City Mayor Rudy Giuliani joined him. To date, this is the only candidate I’ve seen in person this year, I just haven’t been able to attend rallies for others. Find additional photos from the event on Flickr.