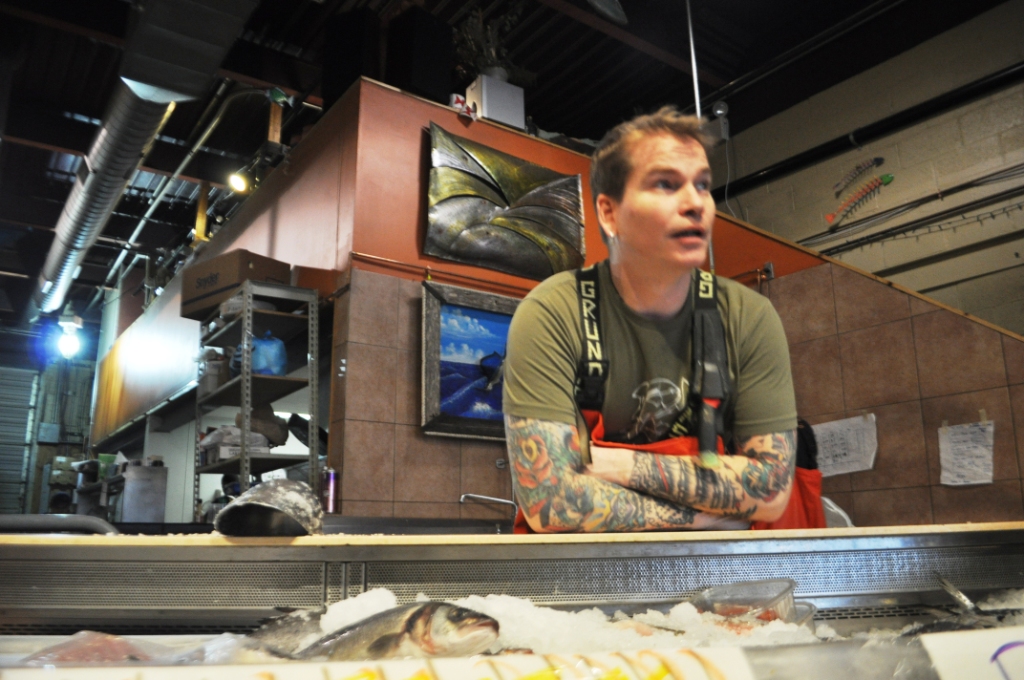 Visiting Pittsburgh? If seafood is your thing, grab lunch at Penn Avenue Fish Company in the Strip District. While there, be sure to say “hello” to the head fishmonger, Timmy Reynolds. 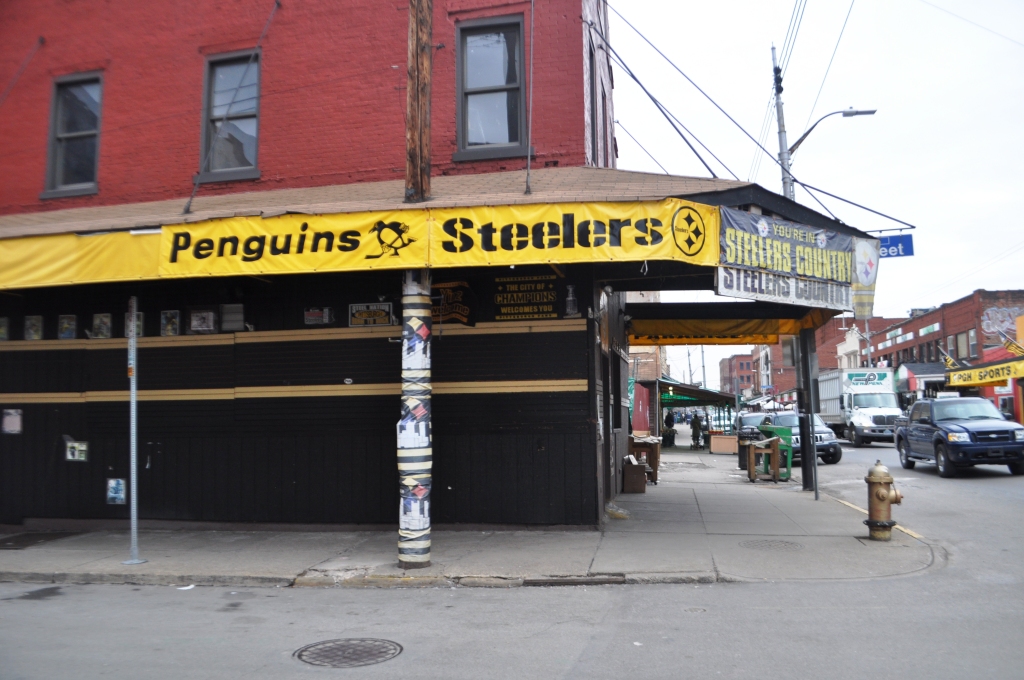 My coworkers gave me a funny look when I volunteered to travel from sunny Florida to Pittsburgh in February for business. The Steel City has been on my radar of late, especially since the last time I visited was more than 10 years ago.  Besides, why pass an opportunity to travel? 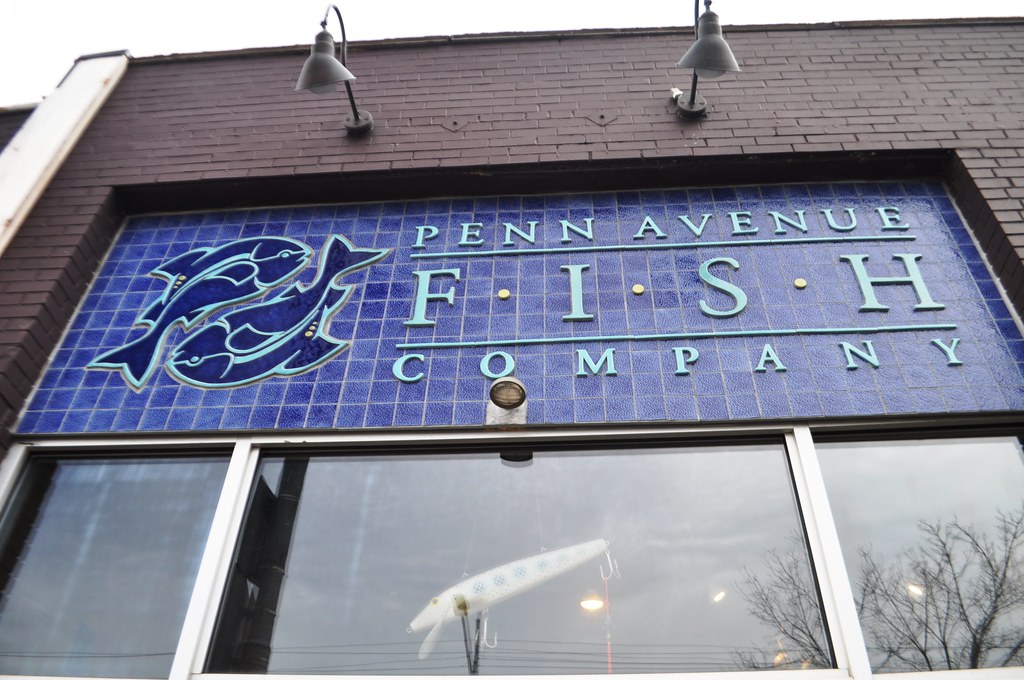 Plus, I have quasi-family there. Actually, this is kind of funny. My mom and Timmy’s mom were friends in school and in adult life we kids (my three siblings and I and his two siblings and him) saw each other often and just decided to call each other cousins. I posted his photo on my Facebook page and several people commented how they could see the similarities between us, especially with our cheeks and smiles. I didn’t correct them because Timmy and his family will always be considered my family. 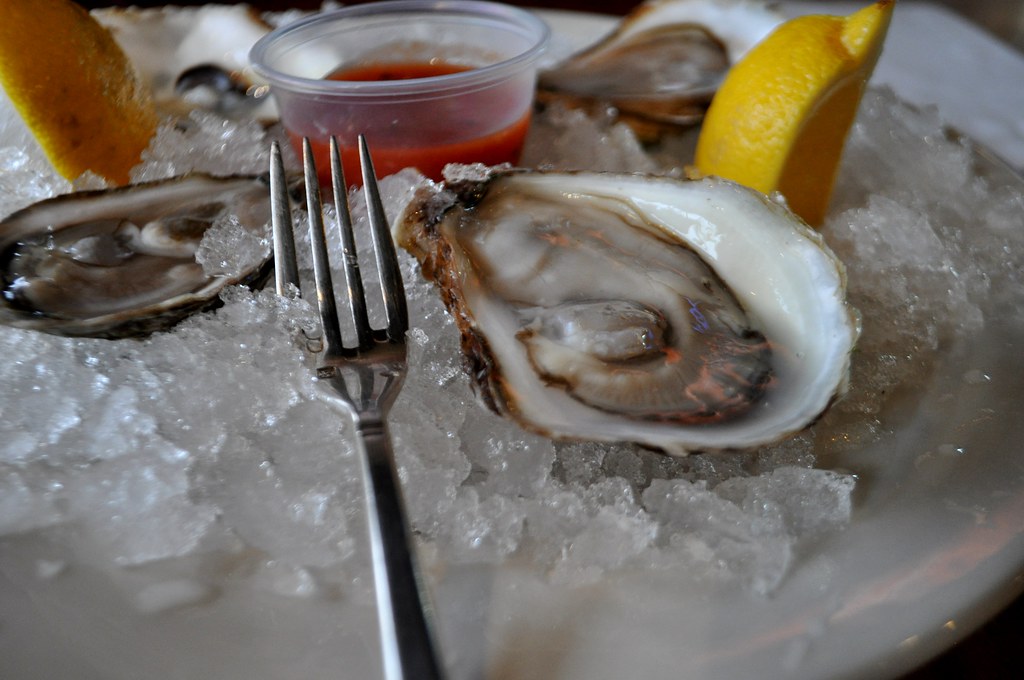 It was pretty happening in there but something didn’t feel right. Long story short, the driver dropped me and a colleague off at the wrong place!

No worries. I pinpointed where we needed to be and headed out along Penn Ave. in the Strip District. Distracting me from the sharp, bitter chill of a Pittsburgh winter were sports memorabilia shops, boutique shops, ethnic grocery stores and restaurants. It looked like it was a warehouse district at one point. As Timmy later explained, the area is undergoing a type of renaissance and with the diversity around, you could practically eat the flavors of the world along Penn Ave.

Sidebar: Pittsburghers seem to love their sports teams, evident by the four shops I spied within a distance. 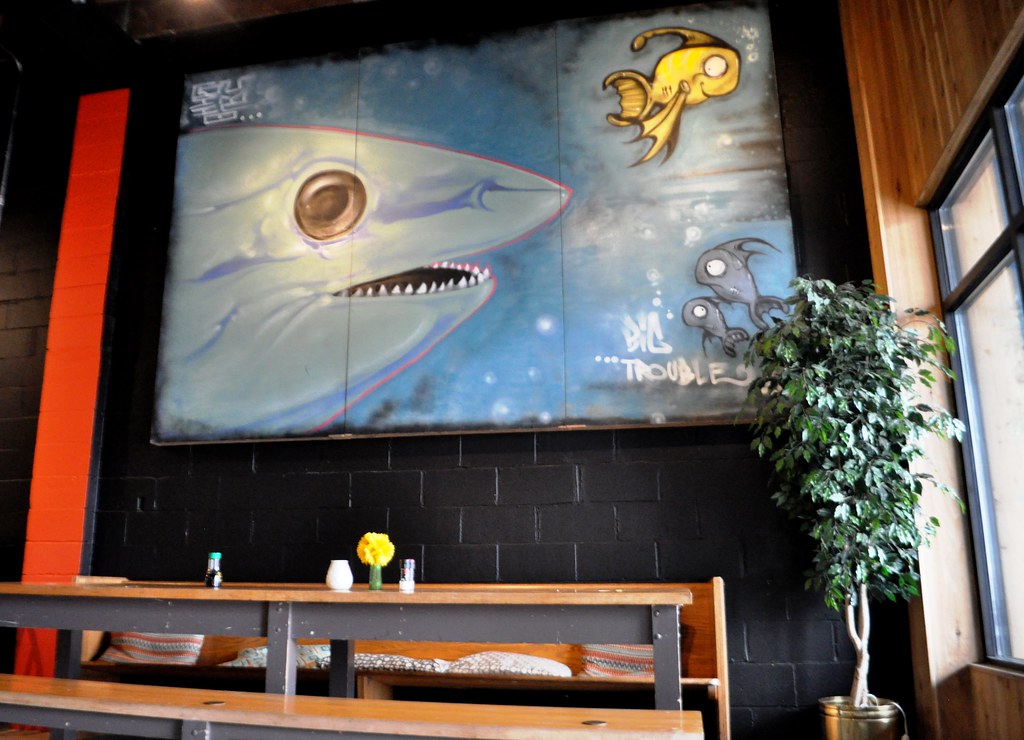 The Penn Avenue Fish Company has a good vibe. Decor is simple, clean, uncluttered, and fish-centric yet fun with a little bit of attitude. As the name implies, fresh seafood can be purchased but as a visitor, that really isn’t practical. Sitting down and enjoying a delish lunch sure is.

Choosing what to have was difficult. My lunch began with Prince Edward Island Lucky Limes Oysters served raw. “They taste like the sea,” Timmy told me and they sure did. 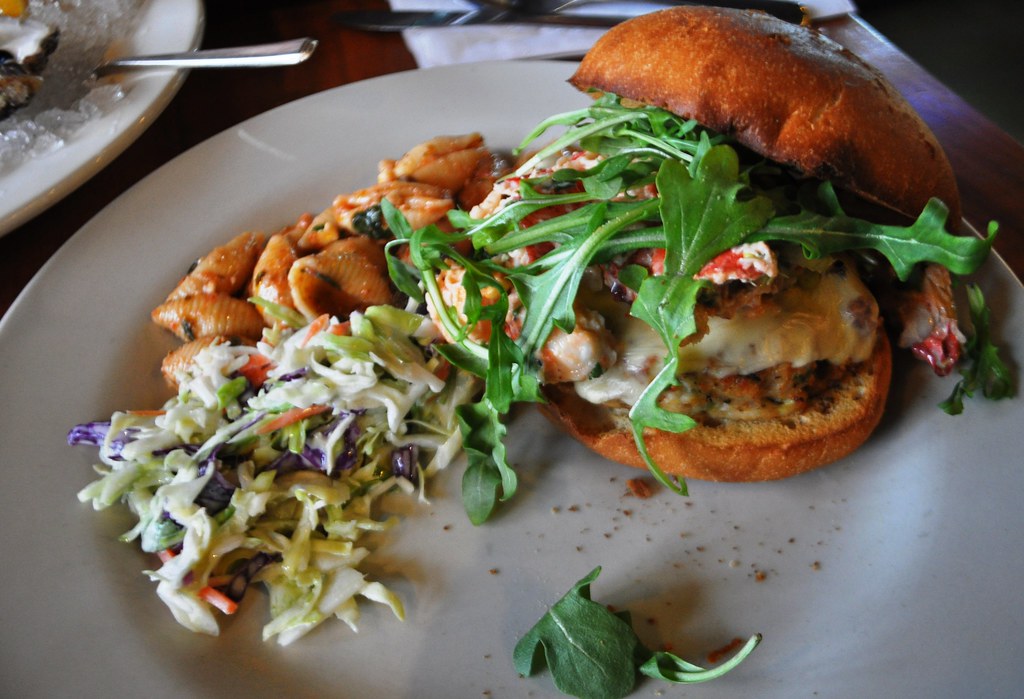 The lunch menu serves up more than a dozen fish sandwich choices included English Style Cod, Crab Cake and Roasted Salmon. Other menu samplings include pizza, rice bowls and sushi. Of course, there are daily specials in which I snagged one of them – the Grouper Burger with Arugula, Lobster Salad & Pepper Jack Cheese on a Brioche Bun.

Freakin’ amazing! There are so many dimensions in this sandwich that they all work together. The grouper was tender and lightly seasoned with the Pepper Jack Cheese giving it a nice kick and complemented with the slightly salty and sweet lobster salad and arugula. The pasta salad was nice and the cole slaw had a jolting zap of heat. The spicy ingredient? Wasabi! 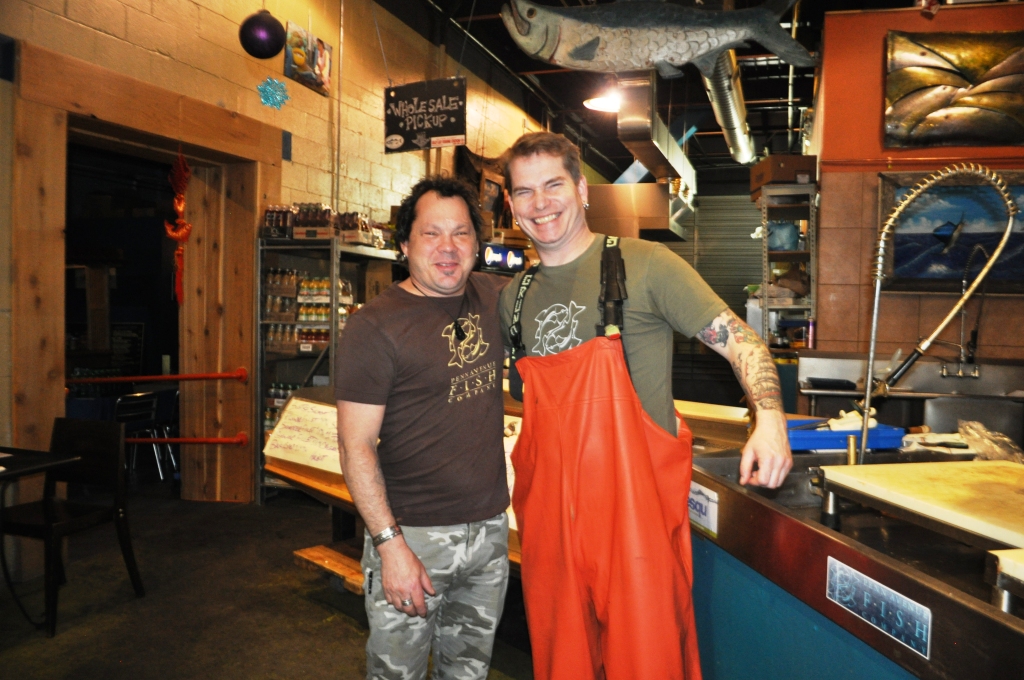 Compared to other meals I enjoyed in Pittsburgh, I didn’t feel guilty about my lunch at the Penn Avenue Seafood Company. See, it seems as though I ate a lot of carbs and red meat during this trip. Lunch this day tasted fresh and wasn’t overly prepared which meant I could taste and enjoy the seafood.

My recommendation? Bring a chill state of mind and hungry attitude to the Penn Avenue Fish Company.