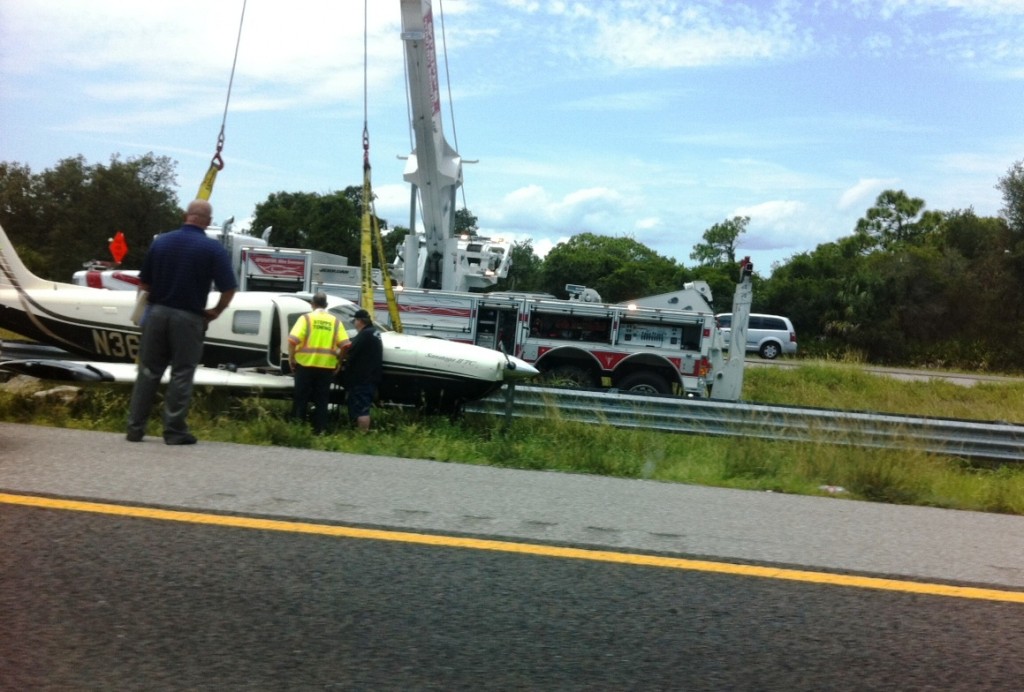 Traffic delays along I-75 in Florida are expected, especially in the Tampa area. While driving north to Mount Dora yesterday, I reached stop-and-go traffic around mile marker 253-ish and really did  not know what was causing it. Was it road construction? An accident? Security checkpoint for the Republican National Convention? And why were there two helicopters hovering overhead?

My mom had just texted me so rather than texting back (because texting and driving don’t mix) I decided to call as I crawled further north. Getting closer to what I determined to be an accident involving a truck, because I assumed the crane was to lift something big, the left lane was closed by a set of flashing caution lights.

I couldn’t believe my eyes. Off to my right in the medium between I-75 North and Southbound lanes was a small airplane just sitting there. Did it fall off a truck or make an emergency landing?

According to this Tampa Bay Times article, the plane made an emergency landing in Gibsonton (Oh! That’s where I was) and the three people on board were not hurt.

I’m guessing I missed the landing by about an hour or so. Not sure how I would have reacted if I saw it land.

Ah, travel. It’s not necessarily about the destination but the journey.