Travel to France: Walking in the Paths of Romans and Artists in Arles

Home » Featured » Travel to France: Walking in the Paths of Romans and Artists in Arles

Walking through the dark cryptoporticus of Arles, France, I couldn’t help think how cool this was, both literally and figuratively. Stone walls were damp and some archways dripped with water creating small puddles of mud. The guide pointed out limestone Roman columns, some dating back to 21 B.C. Do you know how old that is??? 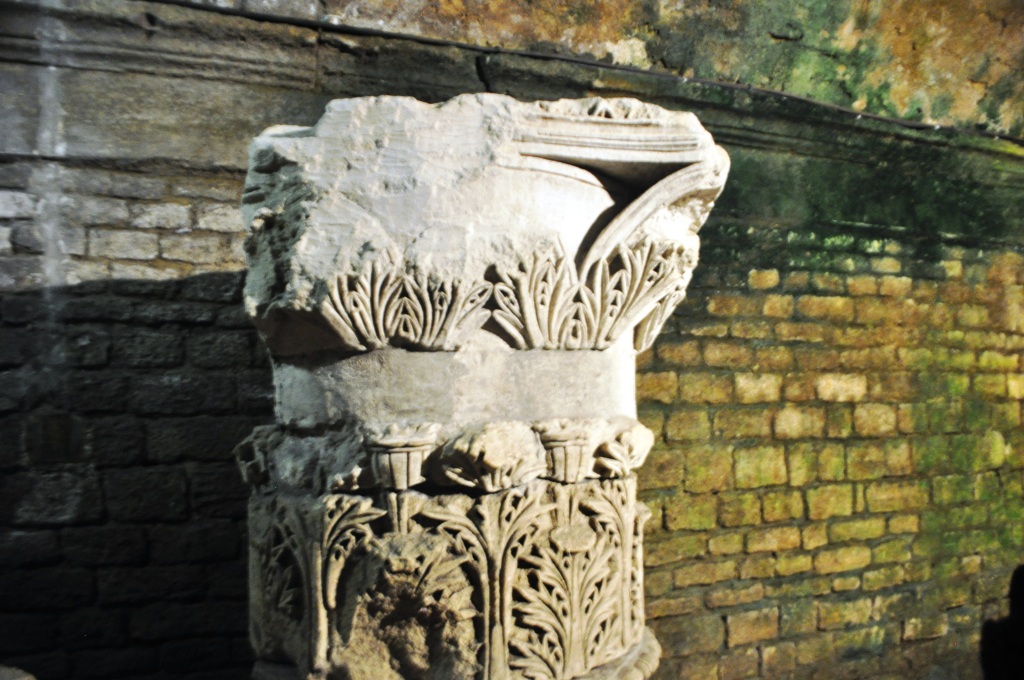 This Roman Column in the Cryptoporticus in Arles, France, is from 21 B.C.

Arles: A City Romans Built
To say Arles is old is an understatement and an afternoon exploring more than 2,100 years of history wasn’t enough. And by old, I mean it in the most endearing, coolest way. The Arles Tourism Office teased me with a whirlwind taste of treasures thriving in this city piquing my curiosity and leaving me wanting more. My visit last September coincided with La Féria d’ Arles, a festival focused on bulls including bullfighting in Arles, which introduced me some of the lively French lifestyle. The City of Arles, capital of the Camargue delta in Southern France, is a world heritage UNESCO site for the ruins from the city Julius Caesar built in 46 BC to Roman art sprinkled throughout the area. The cryptoporticus I meandered through is a collection of vaulted galleries running under Arles’ forum square and retreat from the Southern France summer heat. The lovely guide said about ten years ago when France had a sweltering heat wave, senior citizens headed underground to the cryptoporticus to keep cool. They did so because they remembered that’s what they did when they were kids. On street level, I couldn’t help but look up and around me, soaking up as much as I could, knowing I was walking in the steps of history makers. Architecture was stunning and a church dating back to the 12th century caught my eye. Being an American, it’s so hard for me to grasp how something that old is still functioning. Through the Eyes of Vincent van Gogh
Artist Vincent van Gogh spent 15 months in Arles and produced more than 300 pieces of work. Looking at the city’s beauty from its people, architecture, history and how the sun glowed between the clouds, it was easy to understand why the artist was productive during his stay. I stood in the garden of the Hospital in Arles surrounded by colorful blooms and saw the familiar white and yellow archways van Gogh painted in the piece, “Hospital at Arles.” Later that day I noticed markers throughout Arles indicating scenes the artist painted. Because van Gogh was productive during his time in Southern France and in April 2014 the Foundation Vincent Van Gogh Arles will open a 2000-square-meter museum honoring the artist. The new museum will display more than 200 pieces of art created by artists inspired by van Gogh. Visit the foundation’s website for updates. Arles Amphitheatres is Amazing!
Population of Arles is about 45,000 and during La Féria d’ Arles, the city welcomes about half a million visitors over the course of five days. I’m guessing most of them were there during my visit. It was wall to wall people which meant all sorts of activity. Cafes buzzed, goods from boutique shops spilled onto sidewalks and musicians seemed to appear out of nowhere. Another bull-centric festival is celebrated in April. Built by Romans in 1 B.C., the Arles Amphitheatre was the hub of activity. Do you realize 1 B.C. was more than 2,000 years ago? Of course, the two-level amphitheatre has been renovated because it’s received a little wear and tear over the centuries, but the exterior still has its Roman glory. It’s probably the most popular tourist attraction in Arles. I’m Strong Like Ox. It Tasted Like Beef
During a typical Saturday morning, a two-mile market lines the main thoroughfare. Because of the festival, different vendors were set up, more like those food vendors you find at an American festival, along with cage-like fencing. As I learned when leaving, these heavy-duty fences were installed to protect visitors from the bulls which run down the main street. Unfortunately, it wasn’t on my itinerary and didn’t see the bulls but did see trotting white horses. Another thing I would liked to try would have been driving in France but I didn’t have the time. Just a reason to return, right? Le Bar à Thym is where I ate after a day of exploring. I can’t remember what my choices were for dinner but I went with the “bull” since it was during the bullfighting festival. The meal started with tasty light bites followed by the main course, which was like beef stew over rice. Doh! For something called bull, I was expecting something more exotic but it made sense. A bull is beef! The meal ended with a slice of apple tart and was accompanied by refreshing sangria. During the meal, a group of musicians stopped by and performed for a few minutes with a selection of brass instruments as tubas and trumpets. What a nice surprise! The evening ended as I squeezed myself between bars in order to catch the bus back to Marseilles. Let’s just say those bars weren’t made for busty American gals. My whirlwind trip only gave me a tiny taste of what Arles offers. Perhaps we’ll meet again. The road, or shall I say a plane, led me to Marseille-Provence, 2013 European Capital of Culture as a guest of Atout France and their tourism partners. This is the one in a series of several posts about this trip to France. Follow the conversation on Twitter and Instagram with the hashtag #visitmp2013