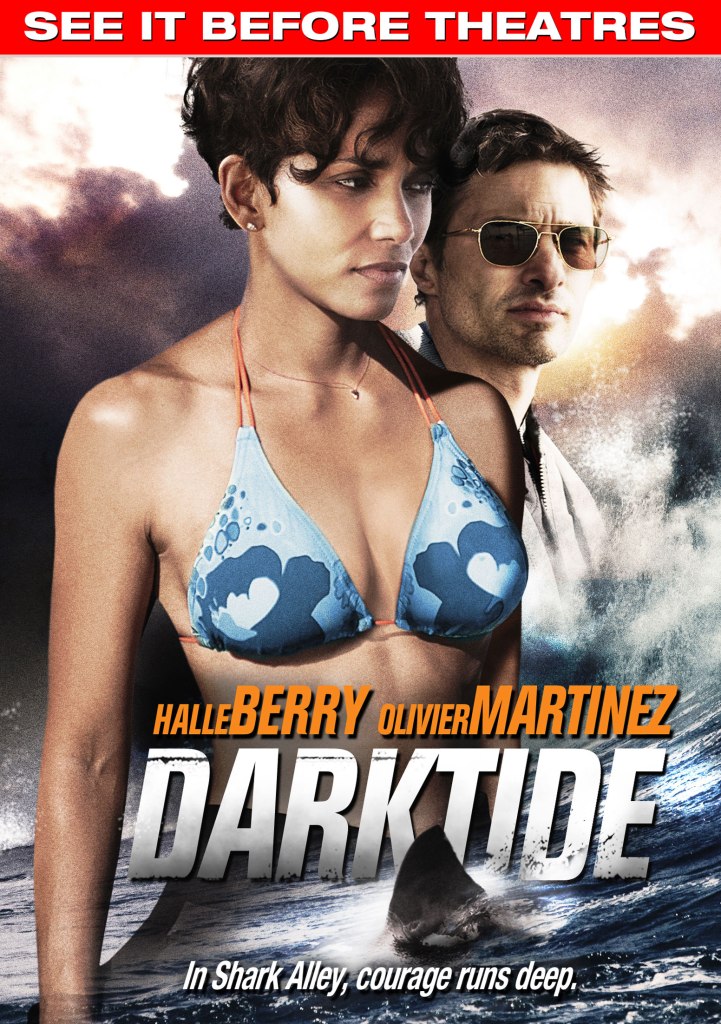 Living in Southwest Florida and near Mote Marine Laboratory & Aquarium in Sarasota, I have an interest in all things marine including sharks. Mote was founded by Eugenie Clark, who is also called “The Shark Lady” and this week I had a conference call with Sean and Brooks Paxton, known as “The Shark Brothers” about the upcoming Ultimate Shark Ultimate Shark Challenge.

So why am I randomly mentioning sharks? Because the film Dark Tide starring Academy Award winner Halle Berry and Olivier Martinez will be available for viewing on Ultra VOD (Video-on-Demand) on March 8, 2012, before it can be seen in theaters. Dark Tide will be released in U.S. theaters March 30, 2012.

Dark Tide is a thriller in which Kate (Berry), dubbed “the shark whisperer,” has a failing business after a fellow diver was killed in a shark attack under her command. She’s unable to return to the water and is haunted by memories of the attack. Bills pile up and the bank is about to foreclose on her boat when Kate’s old flame Jeff (Martinez) suggests a lucrative opportunity to save her business: lead a thrill-seeking millionaire businessman on a dangerous shark dive…outside the cage. Despite her self-doubts and fear, Kate accepts the proposal — and sets a course for the world’s deadliest feeding ground: Shark Alley.

The film, written by Amy Sorlie and Ronnie Christensen and based on a story by Sorlie, was produced by Jeanette Buerling and Matthew Chausse. John Stockwell (Blue Crush, Into the Blue) directed the aquatic ocean thriller.

View the trailer here. After you do, what do you think of Halle Berry’s bikini top in the movie poster? Doing a quick Google search, looks as though public opinion isn’t a fan. Heck, I’d be happy just being that size to wear a bikini top that small. Your thoughts?